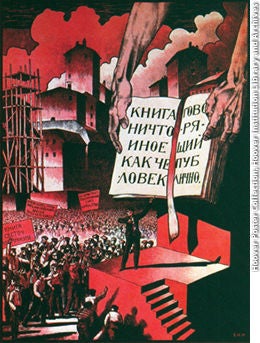 The Hoover Institution continues to publish Russian materials from its own collections through the Hoover Institution Press. As more material from Russian archives has become available in the last few years, Hoover has also been participating in cooperative projects with different Russian publishers: Izdatel'stvo ROSSPEN (Rossiiskaia politicheskaia entsiklopediia) (Russian Political Encyclopedia Press) and Mezhdunarodnyi fond "Demokratiia" (MFD) (International Democracy Fund), both based in Moscow. Important compilers, editors, Russian historians, and archivists are working on these projects. Many books have been published in the last few years, and many projects are forthcoming.

The Hoover Institution Press has been publishing books based on the renowned Russian collection in its library and archives since its inception, featuring works on the Russian Revolution, prison system, and communist regime, especially the Stalin years. Among them is the two volumes of diaries of Petr V. Vologodskii, a prominent Siberian lawyer and government figure in the Omsk anti-Bolshevik government during the Russian Civil War in the east. A Chronicle of the Civil War in Siberia and Exile in China: The Diaries of Petr Vasil'evich Vologodskii, 1918-1925 (Khronika grazhdanskoi voiny v Sibiri i izgnaniia v Kitae: dnevniki Petra Vasil'evicha Vologodskogo 1918-1925), published in 2002, was compiled and edited by Semion Lyandres and Dietmar Wulff and features introductory matter in English and substantial bibliographical references and indexes to the Russian text.

Letters of Sergei Sedov, Leon Trotsky's younger son, constitute another publication. Sedov, a talented engineer who wrote textbooks and articles in scholarly journals, was arrested and exiled to Siberia in 1935. He was imprisoned and killed two years later. While in exile, Sedov wrote letters to his wife, Genrietta Rubinshtein. These letters were donated to the Hoover Archives by Sedov's daughter, Yulia Aksel'rod. They were published, with support from the Hoover Institution, by the Memorial Center in 2006 as "My Sweet Eyelash!" Sergei Sedov: Letters from Exile. Memoirs of Yulia Aksel'rod, excerpts from Sedov's investigation file, and other documents are included in the book.

The first cooperative publication with ROSSPEN (http://www.rosspen.com/R/new) was the correspondence of the former èmigrè diplomats B. A. Bakhmetev and V. A. Maklakov between 1919 and 1951. The three-volume work, published between 2001 and 2002, includes letters and photographs from Maklakov's papers in the Hoover Institution Archives. (Maklakov was the Russian Provisional Government's ambassador to Paris and was instrumental in bringing the so-called Okhrana archive of the Russian secret police from Paris to Hoover.) This is the first book of the Treasures of the Hoover Tower series, with a signature Hoover Tower photo on the back of the cover.

The next book in the series consists of letters from Yevdokiya Nikolaevskaya, in Orenburg and Moscow, to her son Boris Nicolaevsky, in Berlin and Paris, from 1922 to 1935. Nicolaevsky was a noted Russian archivist and historian whose name had been forbidden in his motherland. Life Has No Pity, by Yevdokiya Nikolaevskaya, with commentary by A. Nenarokov, was published in 2005. It is the first publication of letters from the Nicolaevsky collection at the Hoover Archives. 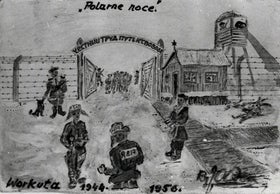 Cultural and Political Life of Russian Diaspora in China: The Diaries of Ivan and Aleksandra Serebrinnikov, edited by Semion Lyandres, with an introduction by Marc Raeff, was published jointly by the Hoover Institution and ROSSPEN in 2006. Through these daily diary entries, life in the Russian communities of Harbin, Peking (Beijing), Tientsin (Tianjin), Mukden (Shenyang), and other cities in China are described in detail. Beyond everyday life, the diaries discuss the political and economic situation in China, as well as the activities of Russian community organizations, the Russian church, and prominent figures of the Russian emigration in China.

A four-volume bibliography on the Russian emigration appeared from 2003 to 2006: Rossiia i rossiiskaia emigratsiia v vospominaniiakh i dnevnikakh: annotirovannyi ukazatel' knig, zhurnal'nykh i gazetnykh publikatsii, izdannykh za rubezhom v 1917-1991gg. v 4-kh tomakh (Russia and the Russian Emigration in Memoirs and Diaries: An Annotated Bibliography of Books and Publications in Magazines and Newspapers Issued Abroad, 1917-1991 in 4 Volumes). This much-anticipated publication is modeled on P. A. Zaionchkovskii's bibliography of pre-revolutionary memoirs, which included èmigrè memoirs only up to January 1918. The new volumes, a true international collaboration edited by Terence Emmons, Oleg Budnitskii, and Andrei Tartakovskii, will become a standard reference work of Russian èmigrè historiography.

Another major project, Istoriia stalinskogo Gulaga: dokumenty v 7-mi tomakh (The History of Stalin's Gulag: Documents in 7 Volumes), was published in 2005. Introductions were written specially for the series by Robert Conquest and Alexander Solzhenitsyn. The volumes contain documents of various security agencies, mostly from GARF (the State Archives of the Russian Federation) and some from the FSB (the Central Archive of the Federal Security Service). These documents describe the consolidation of the Soviet punitive apparatus and the development of the prison camp system from the 1920s to the 1950s. Each volume will be devoted to a key aspect of the history of the Gulag. The last volume is both a guide to microfilm records of GARF on the history of the Gulag (1918-1953) held at Hoover and a basic reference guide to the first six volumes of this publication.

Politburo of the TsK RKP(b)-VKP(b). Verbatim Records of the Meetings, 1920s-1930s, edited by P. Gregory, O. Khlevniuk, and A. Vatlin, will be published in three volumes in 2007. Based on documents held at the Russian State Archives of Socio-Political History (RGASPI), it is the result of cooperation among RGASPI, the Hoover Institution, and ROSSPEN. It includes the preserved TsK RKP(b)-VKP(b) Politburo verbatim records for the 1920s and 1930s, from the end of the Civil War through the eve of the Great Patriotic War. This period embraces the New Economic Policy (NEP), the "great leaps" of forced industrialization, collectivization and dekulakization, mass terror, and Stalin's rise to absolute power. These verbatim records constitute a unique resource for scholars studying the Soviet Union who, before this publication, were limited to official documents issued by the RKP(b)-VKP(b). With these volumes, researchers can examine new sources, compare aspects of Soviet history between the two wars, and analyze specific themes in depth.

For several years the Hoover Institution has been publishing books with the Mezdunarodnyi fond "Demokratiia" (MFD). Hoover has sponsored several titles in the Rossiia. XX vek. Dokumenty (Russia. The XXth Century. Documents) series, including monographs on major political figures such as Beria, Molotov, and Zhukov, on the Siberian uprising in 1919-1921, and on the Gulag.

Two books of a subseries on the history of Russian/Soviet-American relations since 1900 have also been sponsored by the Hoover Institution, covering the period up to 1926. The chair of the editorial board is A. N. IAkovlev. In 1997 an agreement gave the MFD access to the archives of the Ministry of Foreign Affairs of Russia resulting in the publication of declassified documents and other materials from Soviet archives with commentaries by well-known scholars.

With these projects, the Hoover Institution continues to support publishing ventures that facilitate access to Russian documents from its own collections and those in Russia. Such publications are invaluable to the study of history. A bibliography of Hoover's Russian-sponsored publications is located at http://hoohila.stanford.edu/books/russian_biblio.pdf. If you have questions about purchasing books published under Hoover Russian publishing projects, contact Lora Soroka, assistant archivist for Russian archival projects, at lsoroka@stanford.edu or (650) 723-3061.