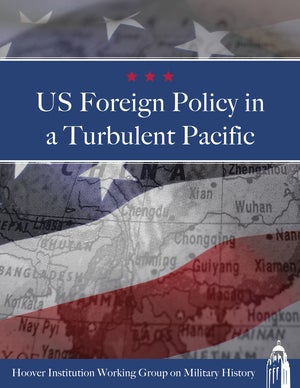 China’s neighbors seem to be weighing three choices in the face of an ascendant China: Should they look to an increasingly diffident U.S. for traditional guarantees of their security? Should they step up their own defenses, including the possibility of going nuclear? Or should they make concessions to Chinese aggression in realigning their foreign policy with the perceived new superpower?

For both structural and cultural reasons, it seems likely that China’s rise as a global great power will provoke conflict with neighboring states and even farther abroad. Rising powers throughout history have sought to reshape the international balance of power to their liking, and the particular East Asian order that China wishes to restructure is inherently vulnerable. Trying to turn the clock back is a recipe for conflict.

China’s endeavor to revive a grand “Chinese Dream” of past glory and preeminence in world affairs is the driving force in creating the current geopolitical tensions in the Asia Pacific region. The US Military superiority and American political hostility toward Chinese communism have been able to check and balance China’s age-old ambition of dominance in the region. However, China’s perception of an inexorable US “decline” has helped emboldened China.