A Discussion On Russia And Ukraine

Peter Meijer in conversation with Michael McFaul on Thursday, February 17, 2022 at 1:00 PM ET. 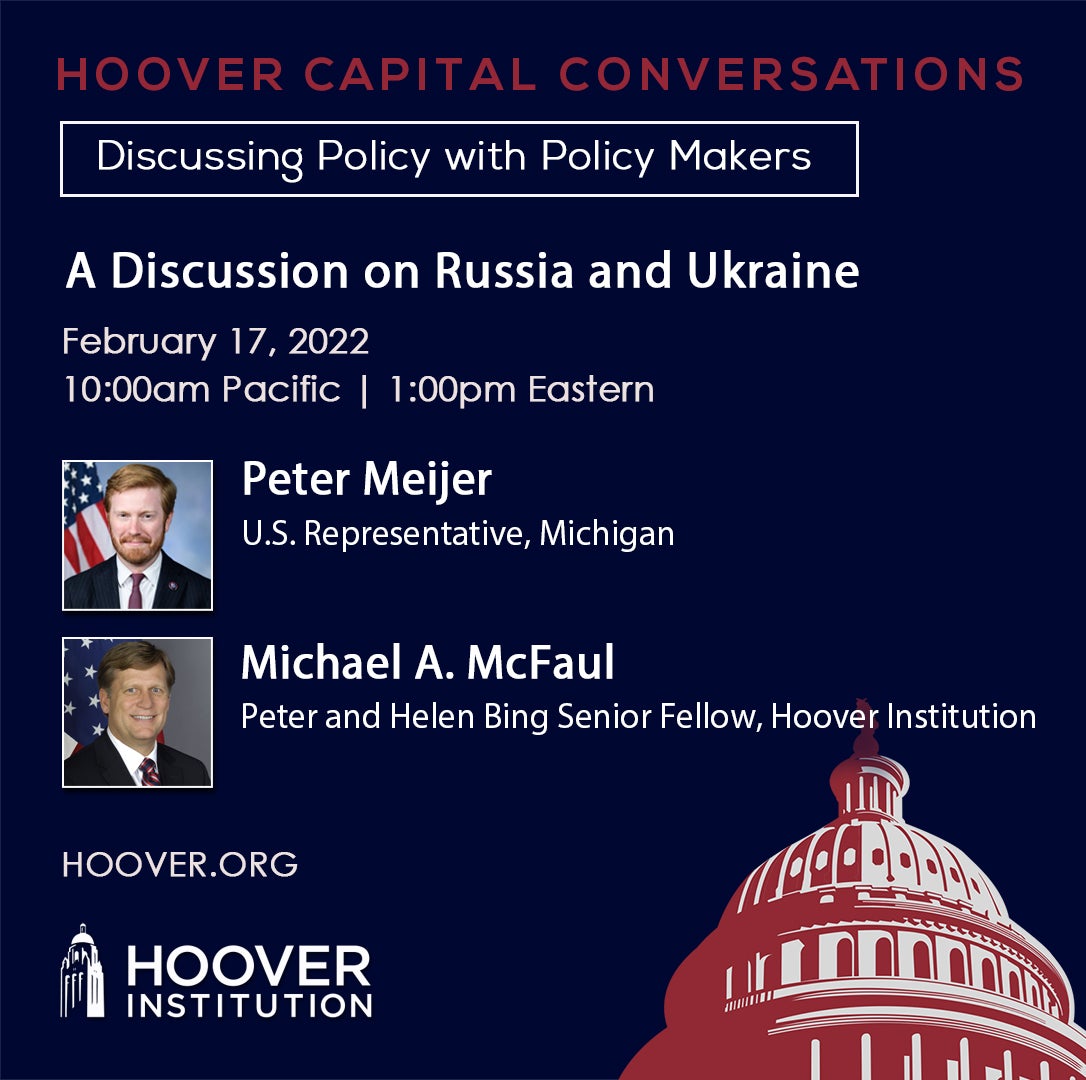 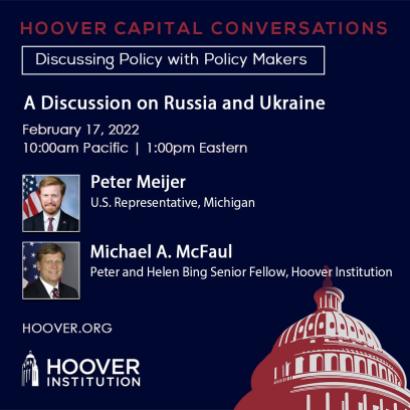 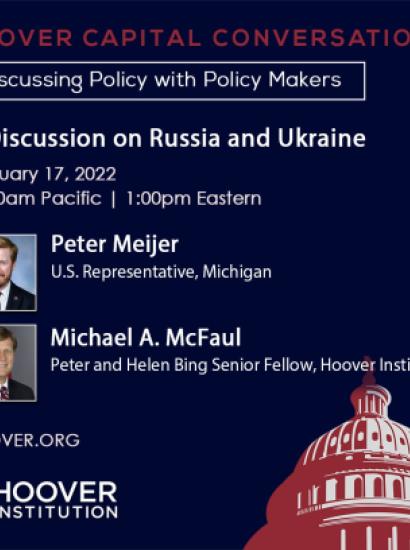 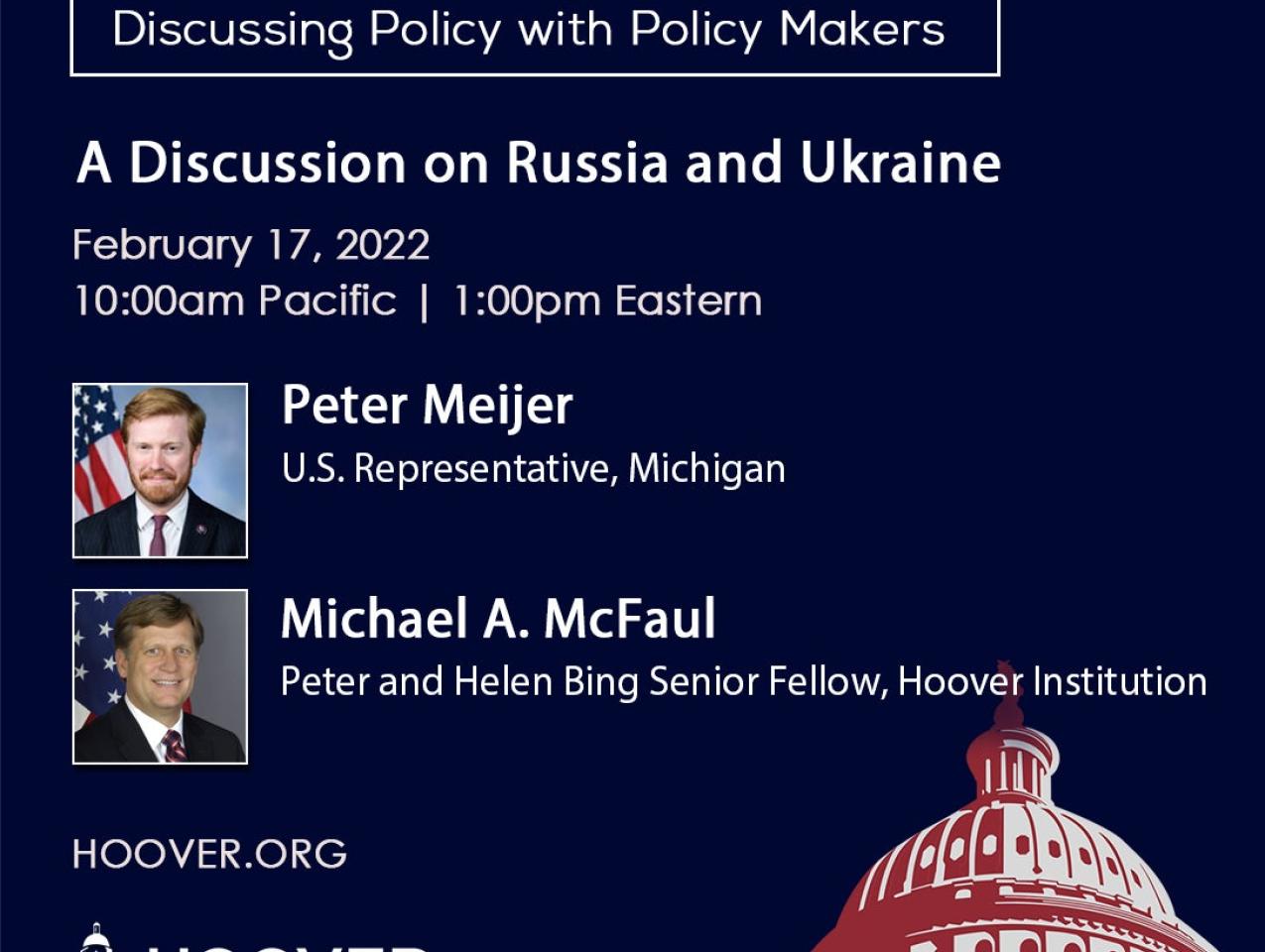 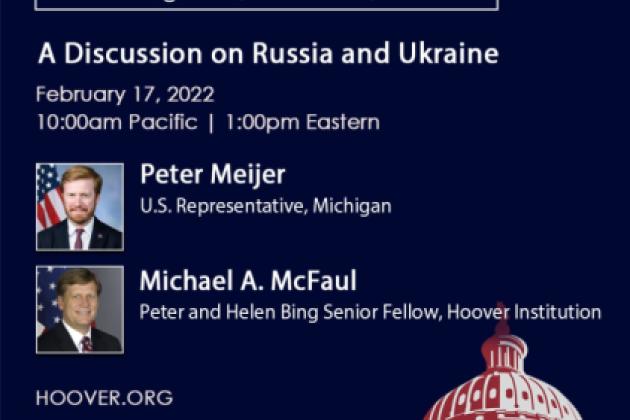 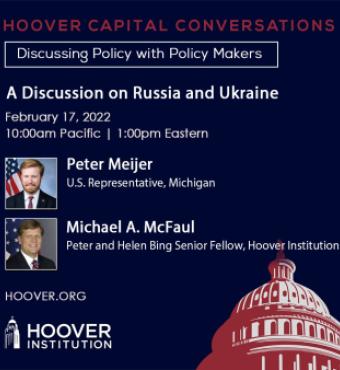 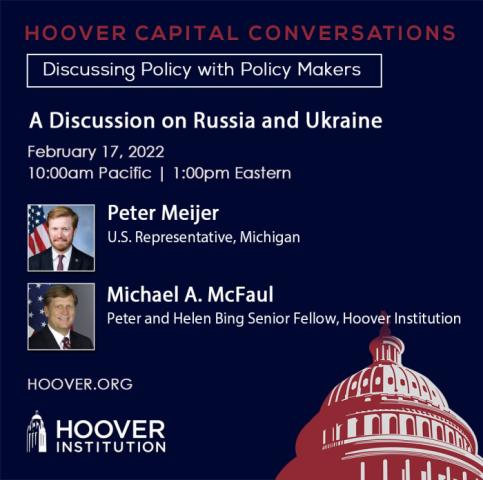 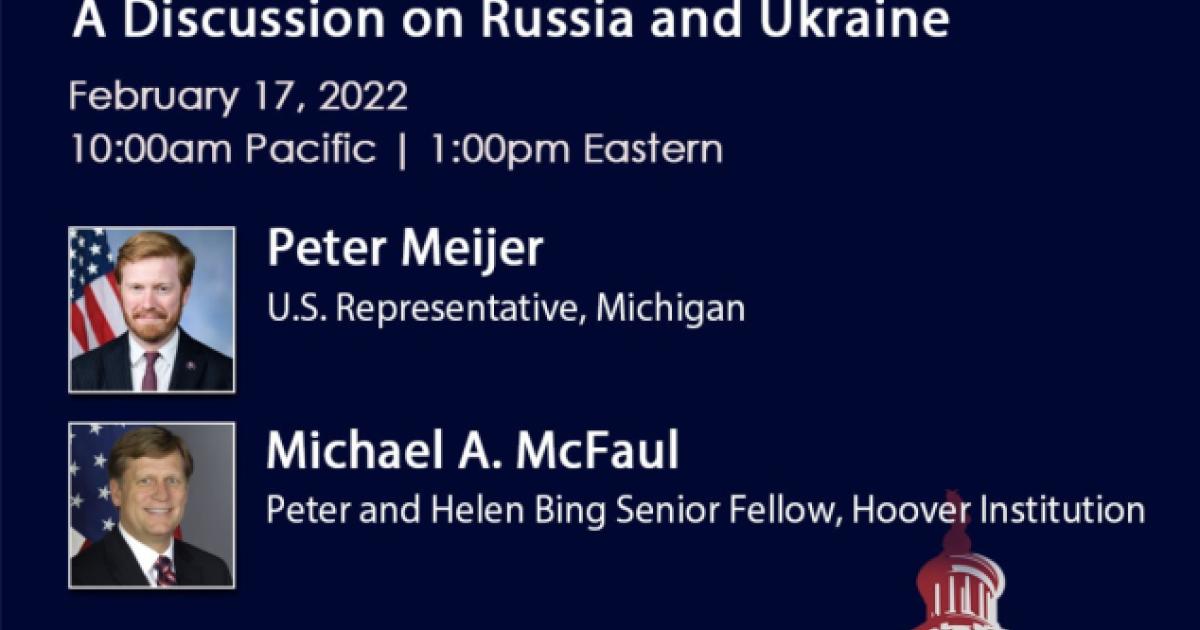 Peter Meijer in conversation with Michael McFaul on Thursday, February 17, 2022 at 1:00 PM ET.

Peter Meijer represents Michigan’s Third Congressional District. He served in the Army Reserves and was deployed to Iraq as a non-commissioned officer conducting intelligence operations to protect American and allied forces. In Congress, Meijer serves on the Homeland Security, Foreign Affairs, and Space, Science & Technology Committees. 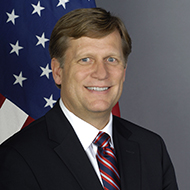 Michael A. McFaul is the Peter and Helen Bing Senior Fellow at the Hoover Institution as well as a professor of political science, director and senior fellow at the Freeman Spogli Institute for International Studies at Stanford University. From January 2012 to February 2014, he served as the US ambassador to the Russian Federation.  Before that, he served for three years as a special assistant to the president and senior director for Russian and Eurasian Affairs at the National Security Council.