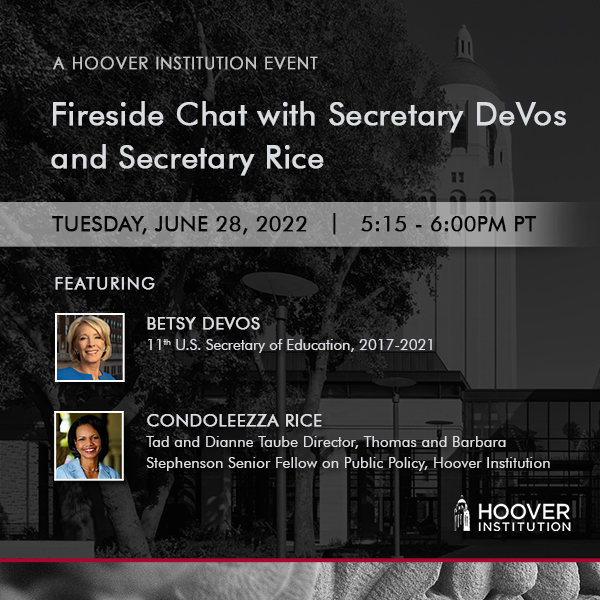 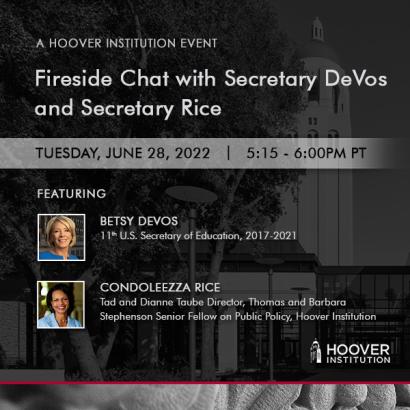 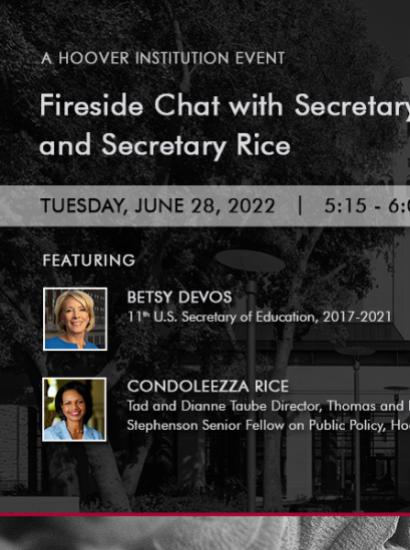 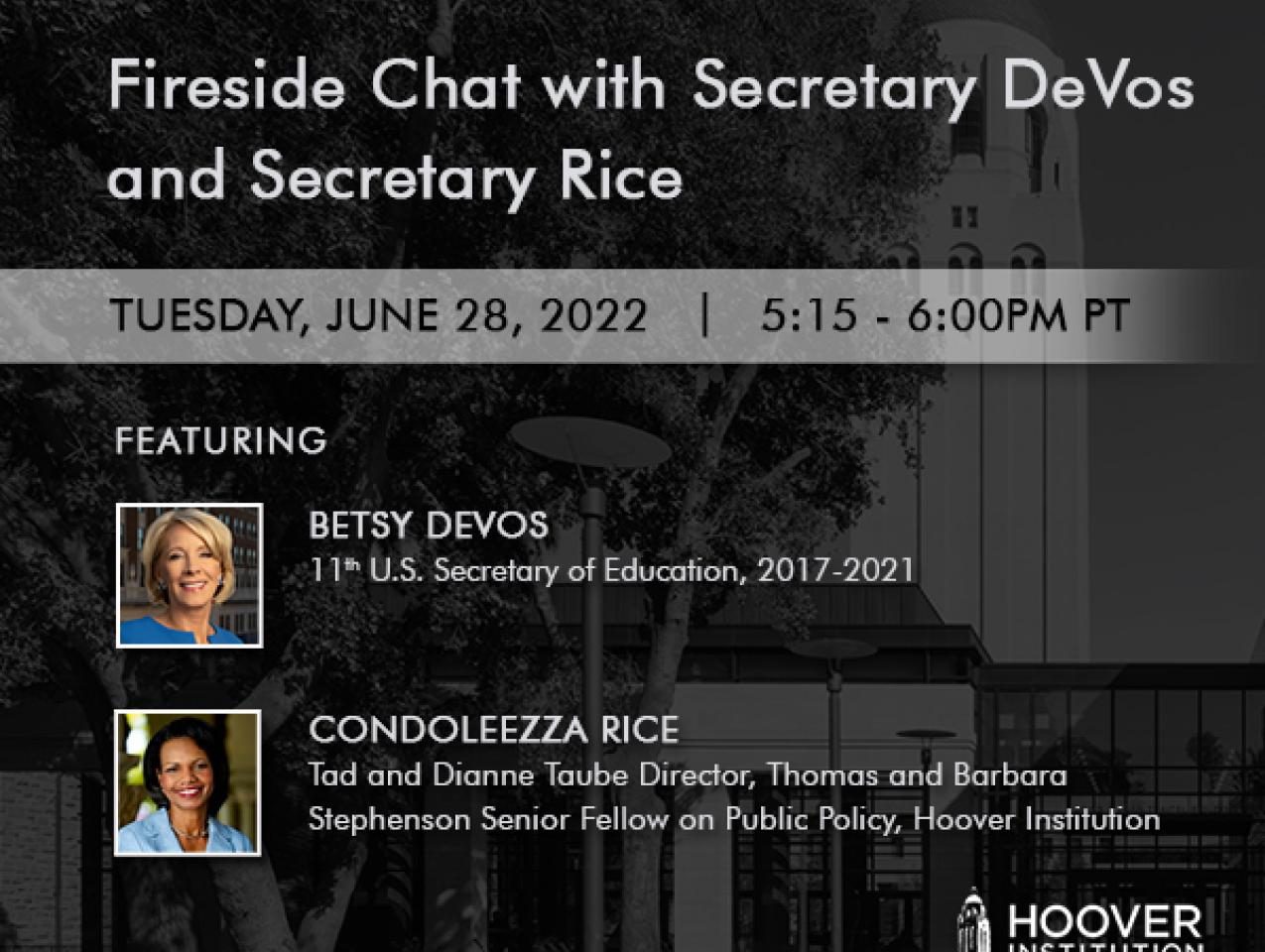 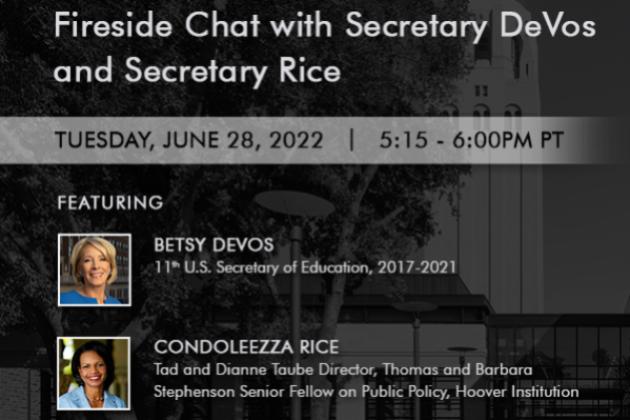 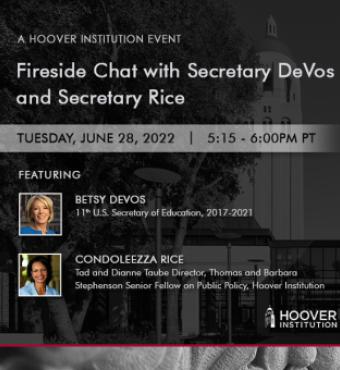 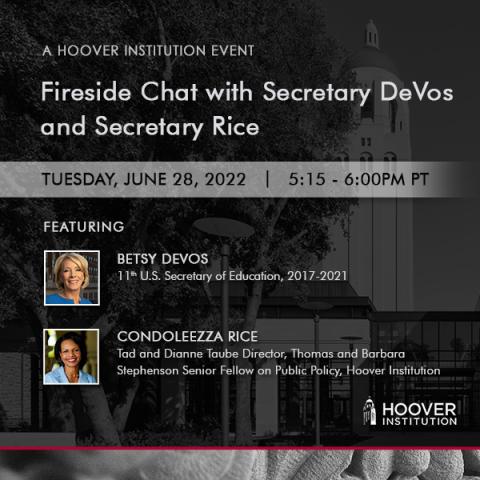 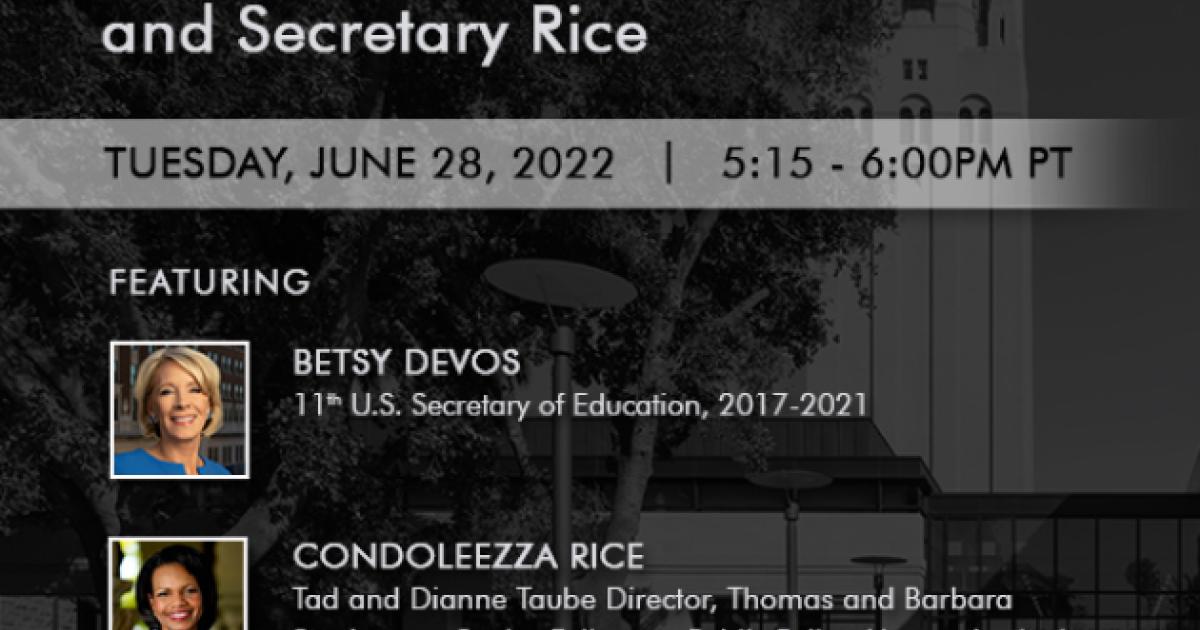 In this timely discussion, DeVos will provide her candid thoughts about serving as Secretary of Education, her battles to put students first, the urgent need to transform America’s approach to education to meet the realities of the 21st century, and the dangers of "woke" ideology being force-fed to our kids. She will explain why she believes we are on the verge of finally shifting the balance of power in education in America to expand parental authority and put the unique needs of each individual student first.

Betsy DeVos is a leader, an innovator, a disruptor, and a champion for freedom. She is the nation’s leading advocate for education freedom for students of all ages, having served as the 11th U.S. Secretary of Education from 2017-2021. For more than three decades, she has been tireless in her pursuit of public policy reforms that get government out of the way and allow all students the freedom, flexibility, resources and support they need to choose where, when and how they learn. Her advocacy has helped create new educational choices for K-12 students in more than 25 states and the District of Columbia and expanded post-high school education options for students and adult learners alike. Betsy is also an accomplished business leader. She served as Chairman of The Windquest Group, a privately held investment and management firm based in Michigan. She is the former chair of the American Federation for Children, The Philanthropy Roundtable, and the Michigan Republican Party. Betsy is a graduate of Calvin College and is married to entrepreneur, philanthropist and community activist Dick DeVos. Together, they have four children and ten grandchildren.

Long before she was tapped by President Trump to serve as secretary of education, DeVos established herself as one of the country’s most influential advocates for education reform, from school choice and charter schools to protecting free speech on campus. She’s unflinching in standing up to the powerful interests who control and benefit from the status quo in education – which is why the unions, the media, and the radical left made her public enemy number one. Now, DeVos is ready to tell her side of the story after years of being vilified by the radical left for championing common-sense, conservative reforms in America’s schools.

In Hostages No More, DeVos unleashes her candid thoughts about working in the Trump administration, recounts her battles over the decades to put students first, hits back at “woke” curricula in our schools, and details the reforms America must pursue to fix its long and badly broken education system. And she has stories to tell: DeVos offers blunt insights on the people and politics that stand in the way of fixing our schools. For students, families and concerned citizens, DeVos shares a roadmap for reclaiming education and securing the futures of our kids – and America.