Unraveled, Or Undead? Obamacare After The Supreme Court, And The Days Ahead

The Hoover Institution hosted "Unraveled, or Undead? Obamacare after the Supreme Court, and the Days Ahead" on Thursday, February 23, 2017 from 12:00pm - 1:30pm EST. 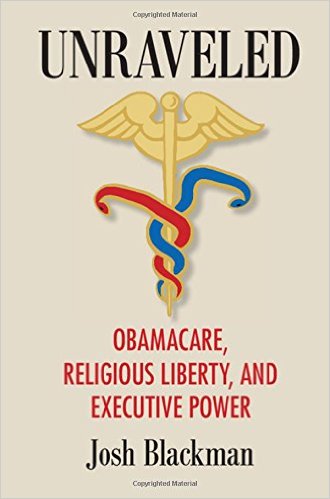 The Hoover Institution hosted "Unraveled, or Undead? Obamacare after the Supreme Court, and the Days Ahead" on Thursday, February 23, 2017 from 12:00pm - 1:30pm EST.

The Affordable Care Act gave rise to some of the most significant cases in recent Supreme Court history: NFIB v. Sebelius (2012), on Obamacare's individual mandate, the breadth of federal regulatory and taxing powers, Medicaid expansion, and federalism; Burwell v. Hobby Lobby (2012), on religious freedom and the administrative state; and King v. Burwell (2015), on the breadth of power and discretion granted to agencies by Congress.

But in recent years, the ACA's most challenging opponents proved to be not lawyers but practical reality. As the ACA delivered less than its proponents originally promised-if you like your health care plan, you can keep it; we will bend the cost curve downward-administrative officials had to work ever harder to adjust the program through rulemakings, waivers, and other regulatory actions intended to recalibrate the program.

Now, with the election of a new president, the ACA's critics hope to make even more significant changes-perhaps even repealing the program altogether-through legislation, executive action, or both.

He was interviewed by Adam White, a research fellow at the Hoover Institution, and co-author of Policy Reforms for an Accountable Administrative State.