The 2016 Fall Retreat, which took place during October 16–18,  the talks were for the first time organized around a single theme: American exceptionalism.  Thursday, November 10, 2016 2 min read 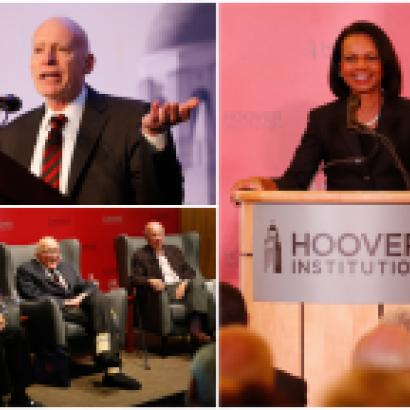 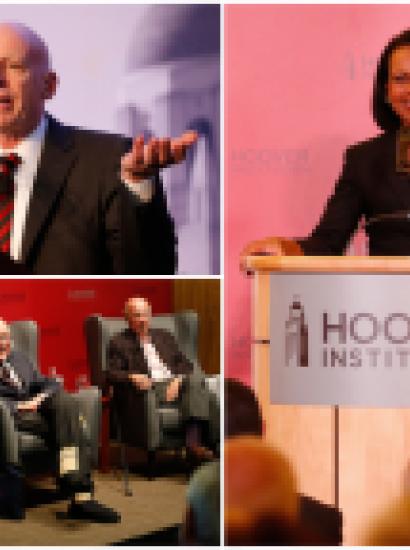 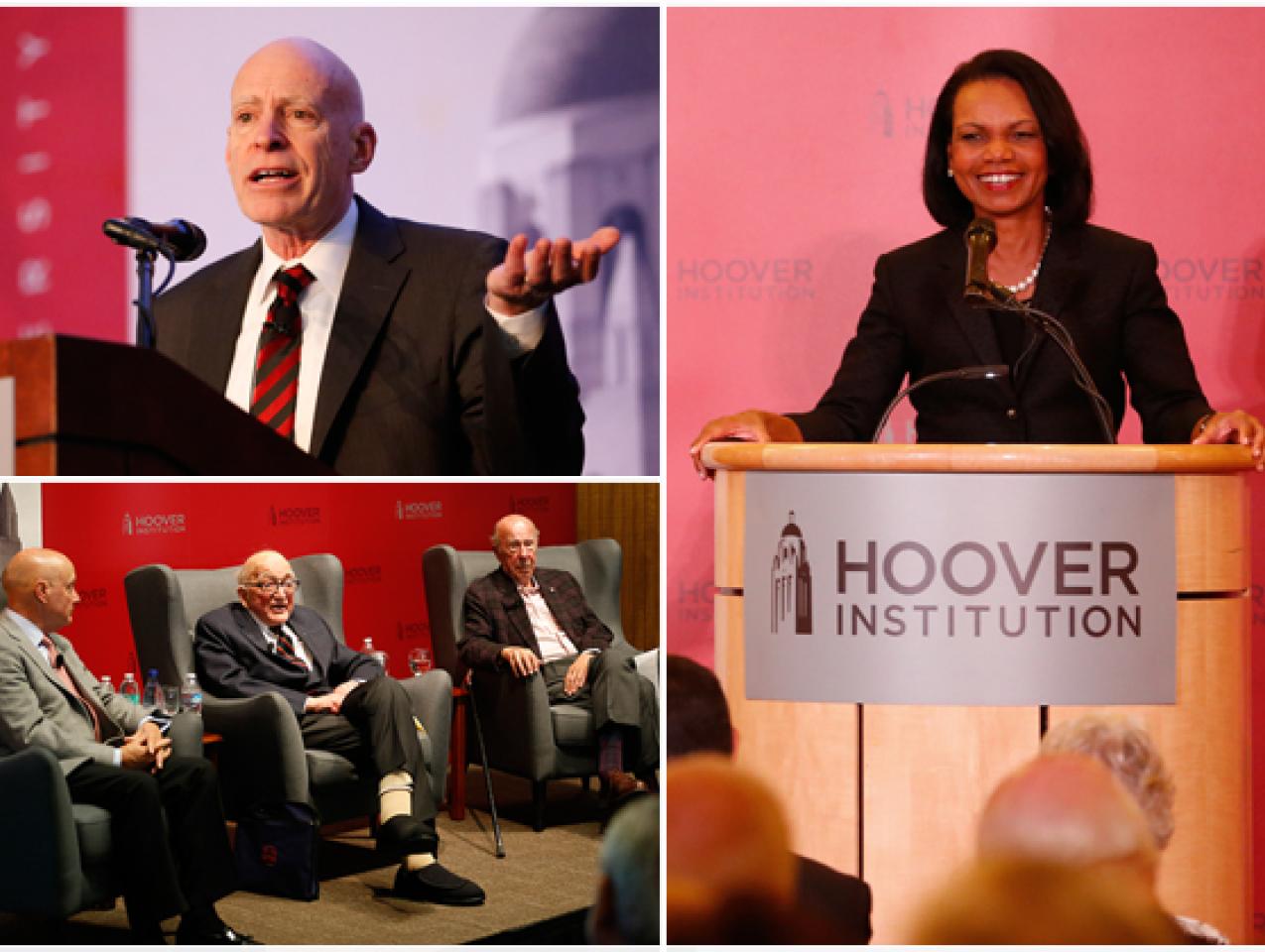 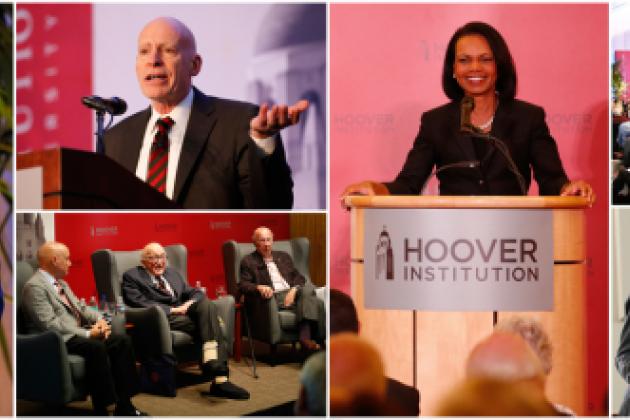 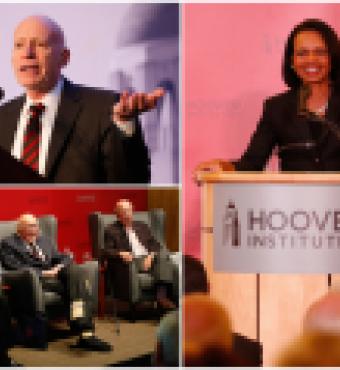 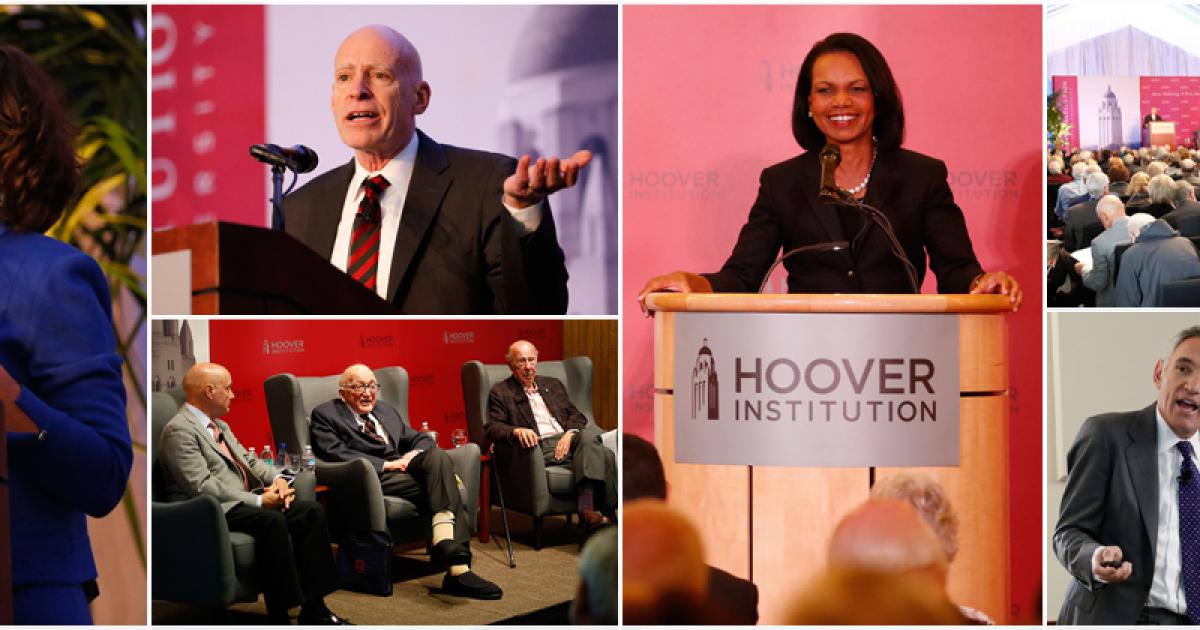 Each of Hoover’s biannual retreats features numerous talks by fellows on recent research and current events, connecting the institution’s supporters with the initiatives and scholarship made possible by their partnership.

For the 2016 Fall Retreat, which took place during October 16–18,  the talks were for the first time organized around a single theme: American exceptionalism. The resulting agenda developed by Hoover fellows offered an in-depth exploration of our exceptional qualities as a nation and what these characteristics tell us about our past and our future.

We’ve adapted five of the featured talks as podcasts for our friends and contributors to listen to or share with others. We hope you enjoy them and thank you for supporting the scholarship underlying these insightful discussions.

Peter Berkowitz
Constitutional safeguards help protect the United States from bad governance, regardless of who holds office. Those safeguards are predicated, however, on civil, electoral, and educational institutions, all of which are eroding as the result of troubling domestic trends. Our constitutional system and overall political health depend on the reinvigoration of those institutions and restoring our nation’s commitment to classical liberal value

Victor Davis Hanson
The United States’ unique position in the international order is not preordained. Instead,  according to Victor Davis Hanson, it is the result of unique demographic, economic, political, and educational characteristics.  As these strengths diminish, so too does our status as a world power. To reverse this trend, we must restore our confidence in the exceptionalism of American institutions.

Michael McConnell
The rule of law is the legal cornerstone of the United States’ economic prosperity and political freedom. Yet the deviation of US law from transparency, equality, and impartiality threatens to unravel a fundamental institution that took centuries to build. Threats to the rule of law should be taken seriously, but potential intellectual and political reforms, and the American electorate’s visible determination to address our political and economic troubles, are cause for optimism.

Kori Schake
The current international political order, maintained largely through the United States’ exertion of soft power on the world stage, doesn’t simply benefit our allies; it crucially supports our own interests. The alternative to US dominance is a framework of international rules and norms determined by other powerful states. Schake argues that we should strengthen, not abandon, the institutions and alliances that uphold the current international order and maintain the exemplary status of our domestic institutions in the international community.

George H. Nash and Annelise Anderson
Among presidential exponents of American exceptionalism, Presidents Herbert Hoover and Ronald Reagan are in a class by themselves. In his talk George H. Nash discusses the experiences underlying Herbert Hoover’s prescient conviction that the social, economic, and political institutions of the United States were superior to the collectivist systems that were then sweeping the globe. Annelise Anderson explains Ronald Reagan’s vision of the United States as a “city on a hill,” and how that vision guided his foreign and domestic policy.