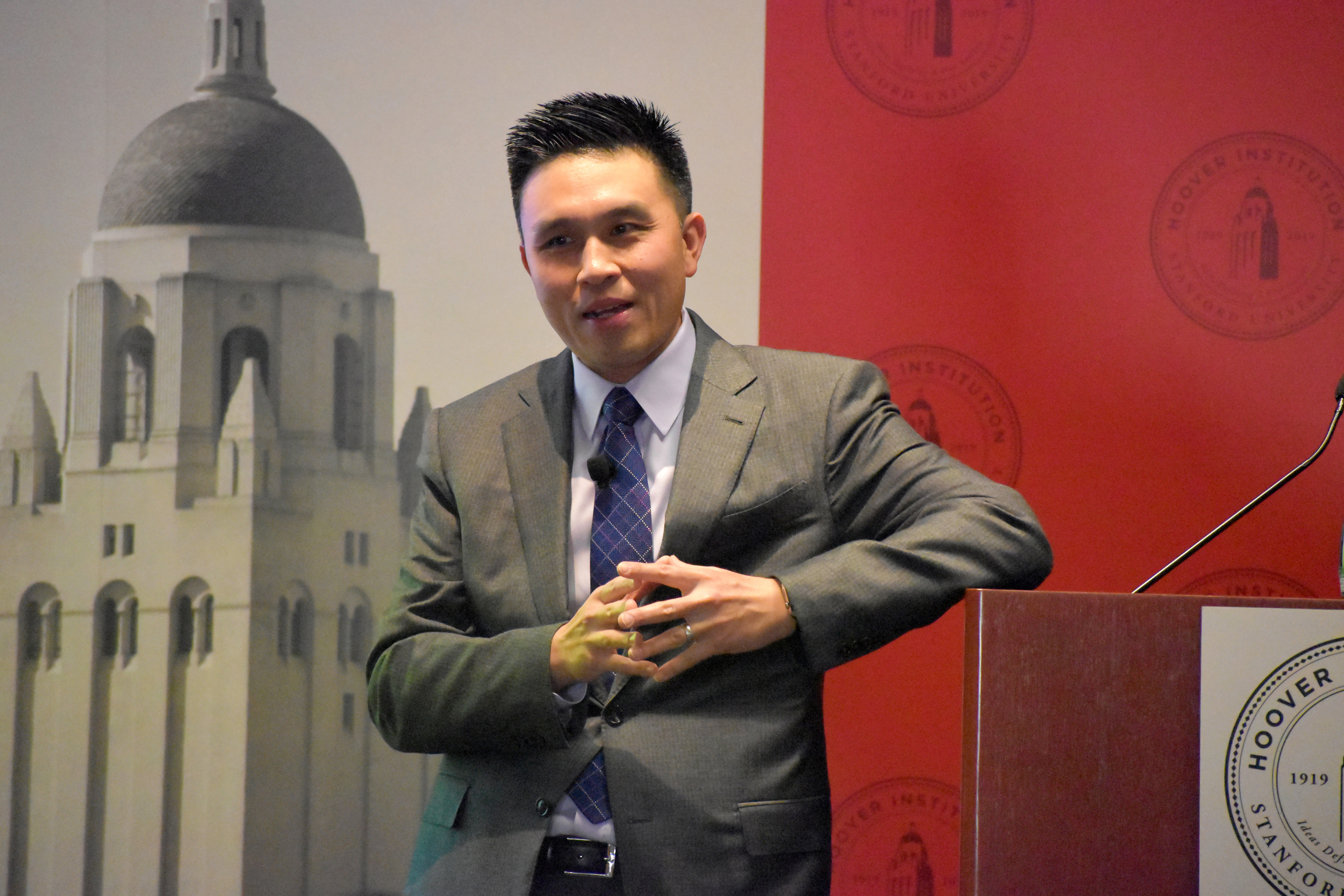 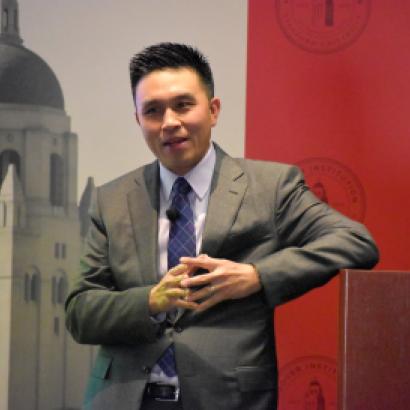 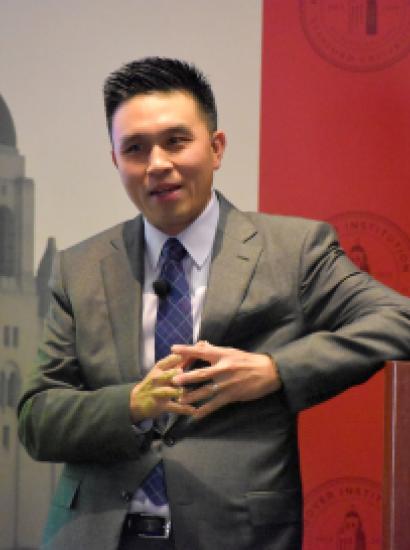 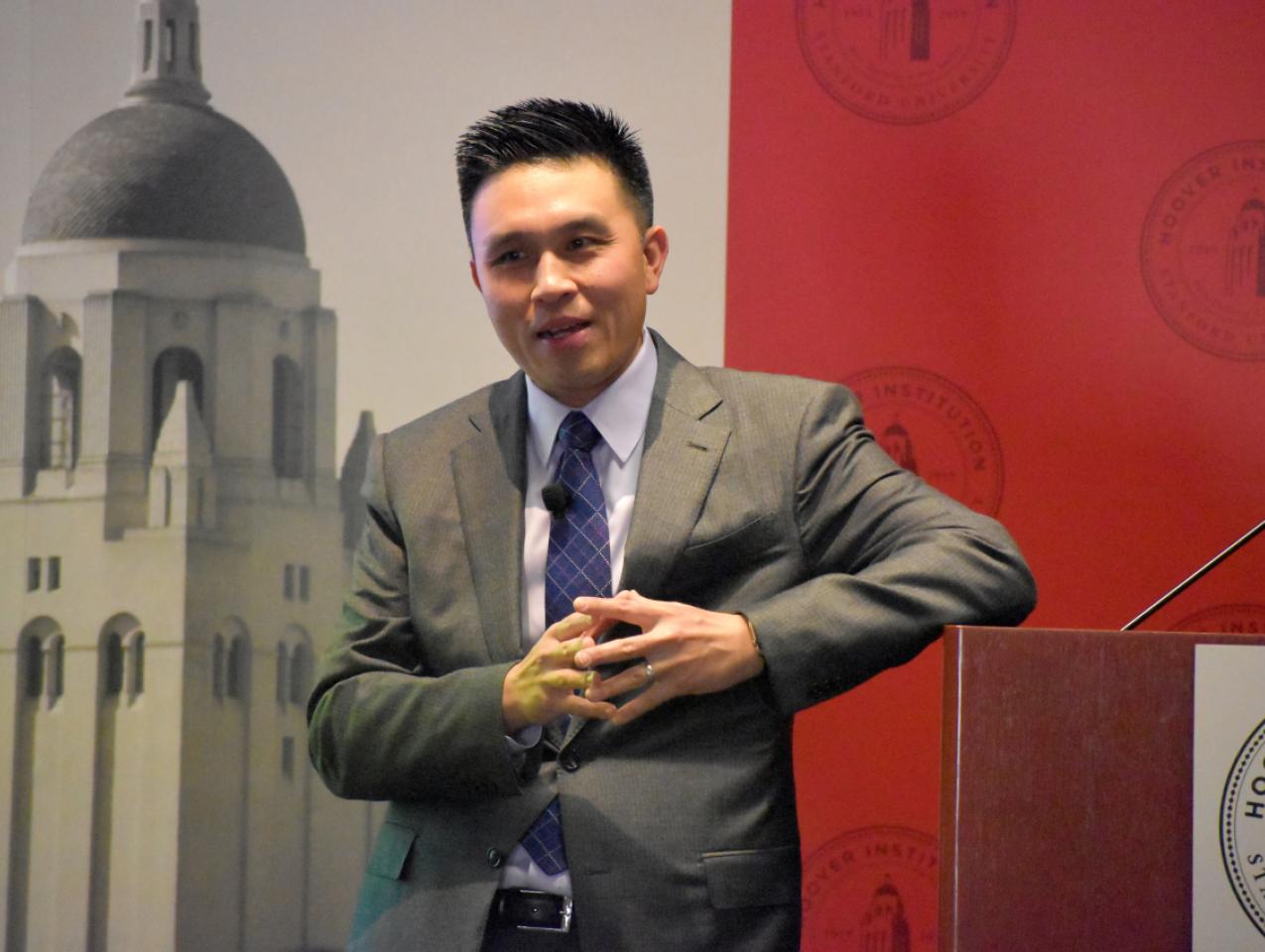 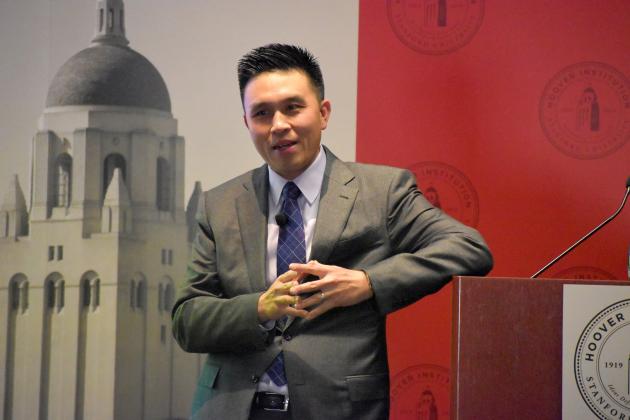 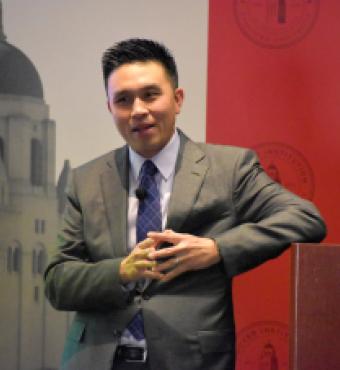 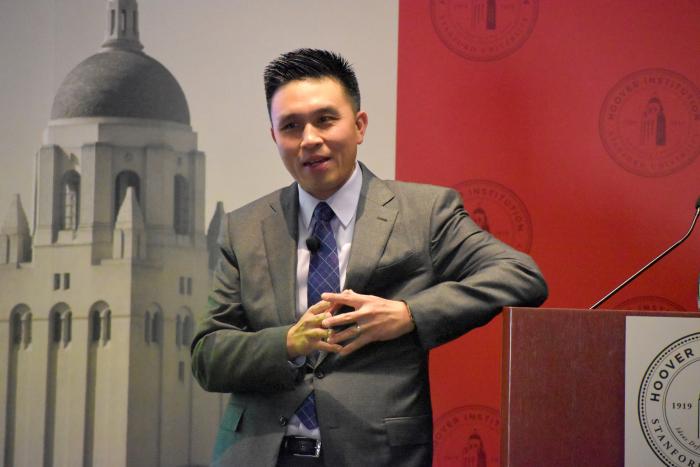 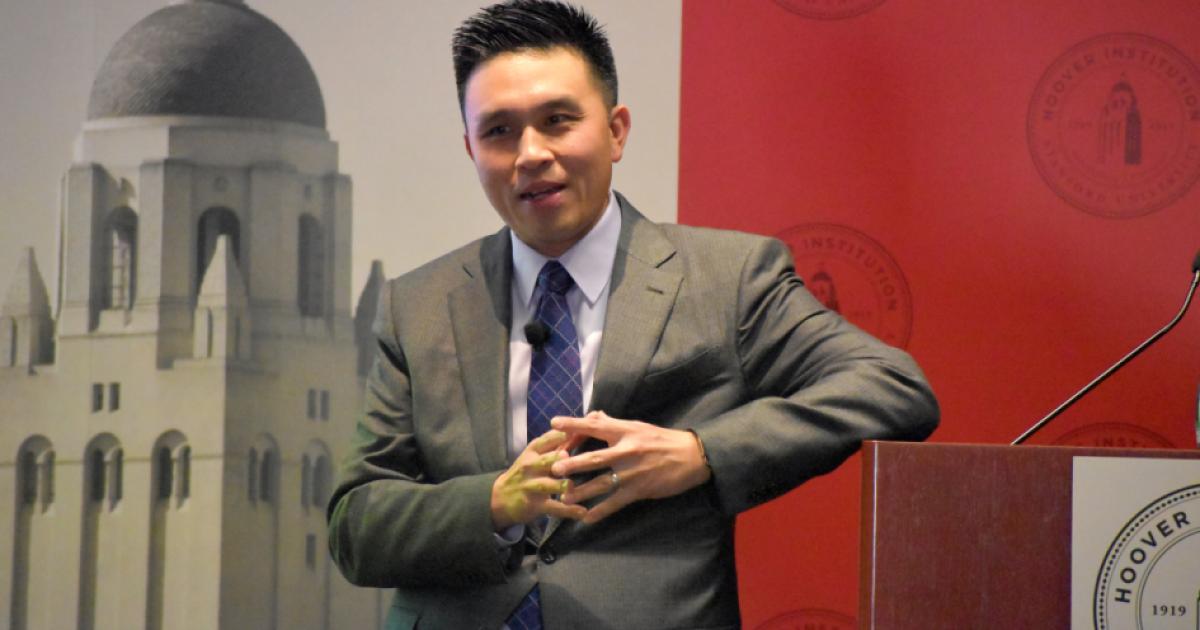 The recent presidential and legislative elections in Taiwan reveal a populace’s strong commitment to democratic values and processes on the small island nation, argued Lanhee Chen, the Hoover Institution’s David and Diane Steffy Fellow in American Public Policy Studies, in a recent talk.

The discussion was part of a series presented by the Hoover Institution’s “Taiwan in the Indo-Pacific” program, chaired by Senior Fellow Larry Diamond.

In the presidential elections, Taiwanese voters re-elected the incumbent, the DPP’s Tsai Ing-wen, by a proportion of 57 percent, over the fiery, populist, antiestablishment KMT candidate and mayor of Kaohsiung Han Kuo-yu, who attained just 38 percent of the total vote.

In its legislative election, the DPP lost seven seats but retained a 61-seat majority in the 113-member Legislative Yuan. The KMT gained three seats and remain in the minority with a total of 38 seats.

“I was struck with what I saw,” said Chen, whose expertise lies in American politics and policy but who also speaks and understands Taiwan’s dialect of Mandarin Chinese. “There are strong similarities to how Americans think about democracy.”

In his survey, Chen not only gleaned information from experts but also observed the attitudes of ordinary citizens, who he believes possess a strong awareness about politics. Chen said that many of the people he spoke with knew about all of the candidates as well their platforms and policy proposals.

Chen was also struck by their unwavering commitment to democratic values, including the need for a peaceful transition of power and thorough transparency in voting procedures.

Chen said that on election day, January 11, the voting precincts were secure and well-staffed. In contrast to the American voting system, which in many polling places has shifted to strictly electronic ballots, in Taiwan all ballots are recorded on paper. Chen explained that all voters are required to present identification and are given very clear instructions about how to properly fill out their ballot, so as to refute any contention that votes weren’t tabulated properly. When the polls close, the public and the press can watch as poll workers count the ballots.

“[The poll workers] all felt very accountable for conducting an election in a way that would be perceived as free and fair to the rest of the world,” Chen said.

However, Chen contended that Taiwan’s political culture is deeply polarized. Much as in the United States, the parties are each aligned with news organizations that reinforce their views and further exacerbate polarization.

Political campaigns deploy surrogates, saturate the airwaves with advertising, spin their candidate’s poll numbers, and echo familiar themes like “change” and “are you better off than you were four years ago?”

Yu characterized the 2020 elections as “maintaining the landscape” of the 2016 elections, that is, voters largely favoring the course the DPP has set for the country. This holds, Yu argued, despite the DPP losing in a landslide to the KMT in the local 2018 local elections.

Yu pointed out that despite the DPP’s presiding over a largely successful economy, the issue of sovereignty was a key factor in the the party’s growing popularity at the national level. Yu’s analysis shows that within the past year voters have been increasingly attracted to the DPP’s inclination towards an independent Taiwanese identity, even if it means strained economic and political ties with Beijing or potential military escalation. Yu said that the possible explanation for this trend is the political crisis in Hong Kong, along with fears of Beijing’s encroachment on Taiwan’s sovereignty.

By contrast, Tsai’s challenger, Han, has effectively consolidated a base of economically and politically marginalized voters. These are people whose businesses depend on improved cross-strait relations, civil servants affected by recent pension reforms, and voters who cling to a nationalist Chinese identity.

Despite Han’s victory in Kaohsiung, and the spillover effect it had for KMT dominance across Taiwan in the 2018 local elections, Yu said, Han’s 2020 defeat was influenced significantly by lack of broader voter confidence at the national level.

Yu’s data showed that most voters believed Han should have first finished his mayoral term and fulfilled his policy agenda in Kaohsiung before running for president, while others were turned off by his bombastic rhetoric and believed he was too pro–mainland China.

“Bottom line, Han did not establish a trustworthy image as a presidential candidate,” Yu said.