Morris P. Fiorina On The State Of The Electorate 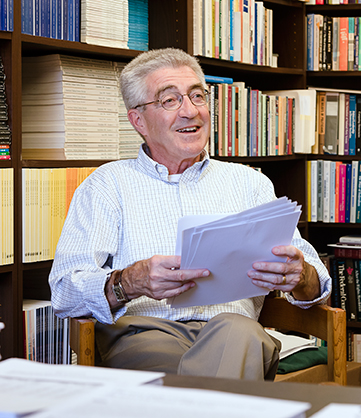 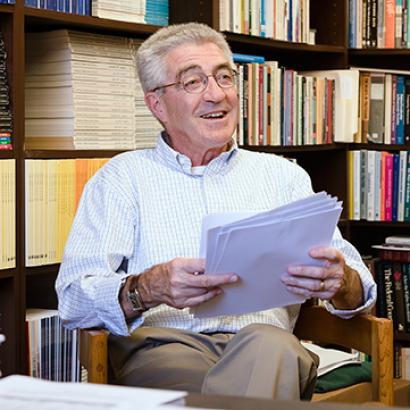 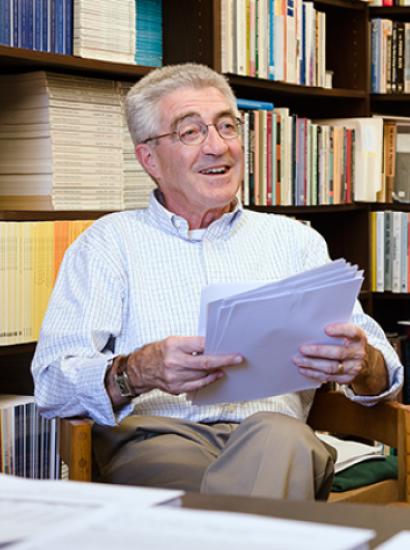 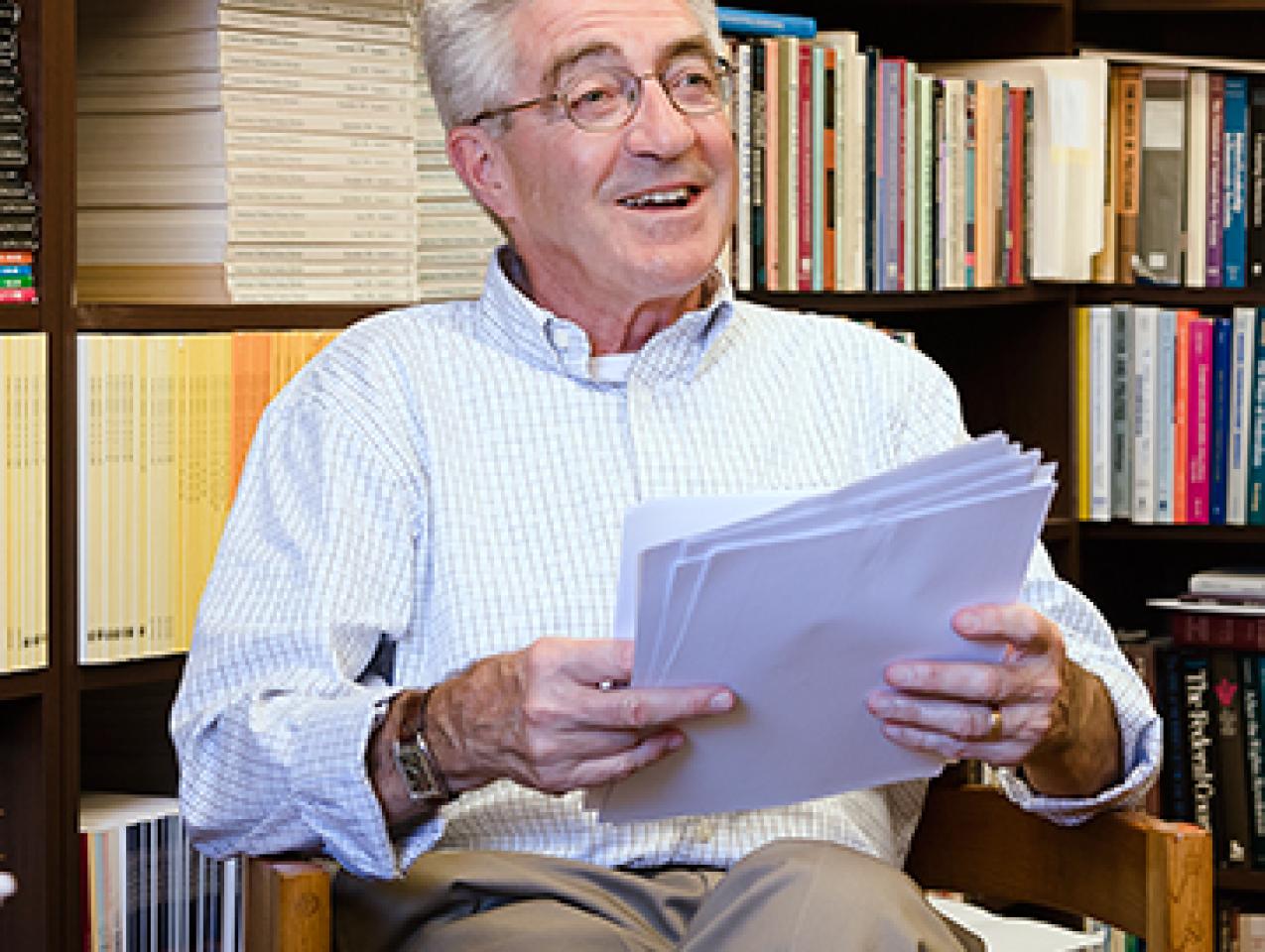 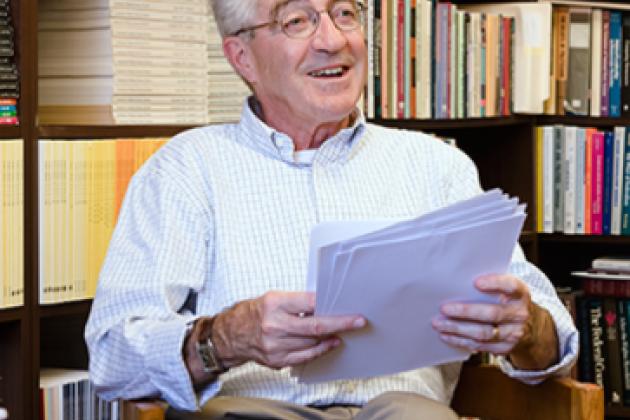 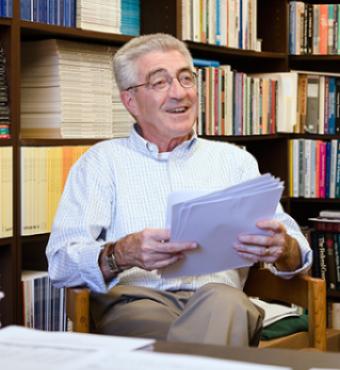 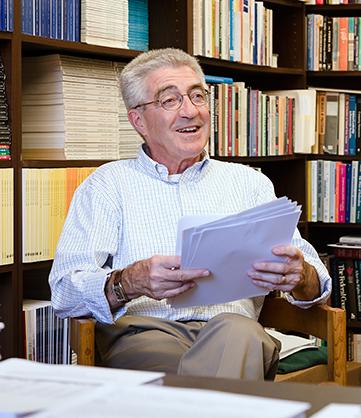 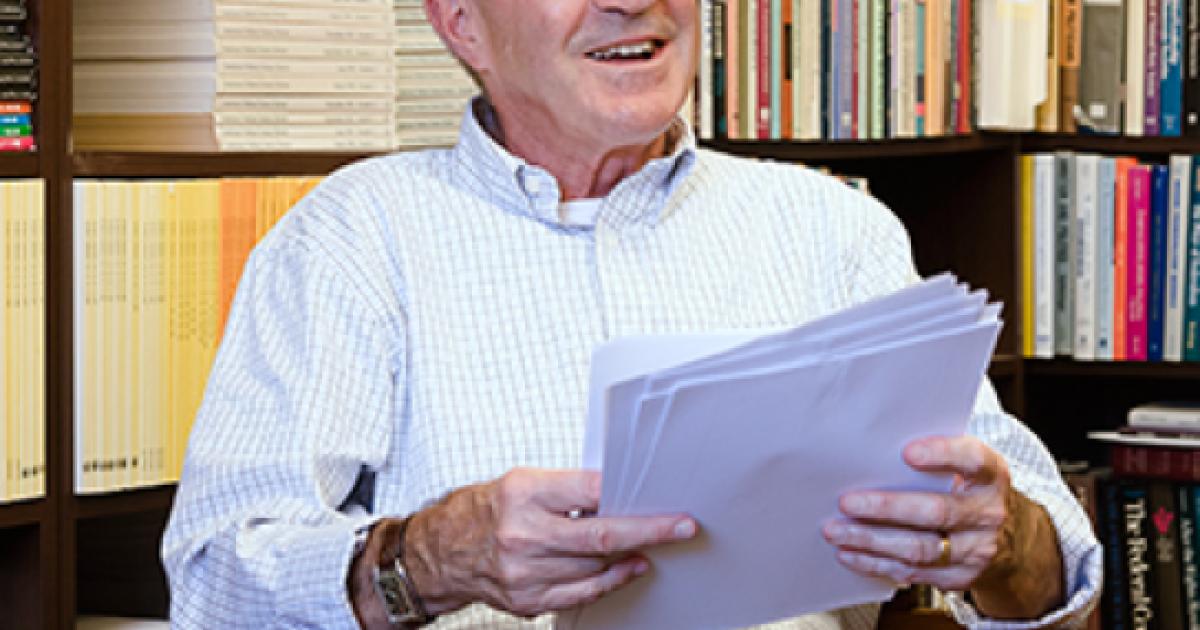 A seasoned political scientist and elections analyst, Morris P. Fiorina, senior fellow at Hoover and the Wendt Family Professor of Political Science at Stanford University, is a frequent debunker of received wisdom about politics.

His latest series of papers, Essays on Contemporary American Politics, published by the Hoover Institution Press, combines years of research and writing to explain the current state of the US electoral system.

The Hoover Institution recently sat down with Fiorina to get his take on what’s happening in the American electorate and party system today and how the 2016 election fits into larger trends in American politics.

Hoover Institution: How long have you been here at Hoover and Stanford?

Morris P.  Fiorina: I have just completed my eighteenth year.

HI: How would you describe your experience as a Hoover fellow?

MF: It’s great—I’ll never go anywhere else. This will be where I end my career.

HI: You’ve written a number of books that are relevant to the political landscape in 2016. I first want to ask about Culture War. What do you argue in the book, and do those arguments apply today?

MF: The roots of culture war are in the red-blue map that became prominent in 2000 and 2004. Politicians and journalists kept claiming that the country had become deeply polarized—that there was no longer any middle.

I’ve been looking at public opinion data for my whole career—which is about forty-five years now—and I hadn’t seen any big change that way. The middle was still there.

By the way, this is something I think any political scientist knew. But back then there wasn’t nearly as much conversation between the media community and the political science/academic community. So I wrote this book to say, “you’re wrong—there’s still a middle.” Originally the publisher thought they’d shrink-wrap it as a supplement for an introductory textbook I’d written. But it blew everyone’s mind. It went viral basically—the New York Times picked it up, the Wall Street Journal picked it up, and it took on a life of its own.

I argued that people were really seeing what we call “party sorting,” which is to say that neither party is anymore a big tent. Democrats have become a very liberal party and Republicans a very conservative party. So politics had become much more polarized, but it didn’t reflect any big change in the distribution of opinion in the electorate.

HI: Can you go into more detail about “party sorting”?

MF: It’s simply this: You can have the same number of people that are pro- and anti-abortion, for instance, and yet it’s very different if they’re located in both parties or if almost everyone on each side is located in separate parties. The important distinction between polarization and sorting is that with sorting there’s still a middle, but it doesn’t have a home in either party. It’s just left out.

HI: Does the book have anything to say about the 2016 election?

MF: There is a suggestion in the book, and even more in the second book—Disconnect: The Breakdown of Representation in American Politics—that our existing parties are starting to come apart, that these two sorted parties don’t fit in a two-party system. You had sorted parties like this in Europe when you had three, four, or five parties, and you had proportional representation and formed a coalition to govern. But having only two sorted parties to represent everything in a big, heterogeneous democracy like ours means that a lot of people are left out. And I think in a sense Trump and Sanders are symptomatic of this. There are other points of view trying to get out, and they’re being shoehorned into a “two choices fit all” system.

HI: You wrote a more recent book called Can We Talk, about political discourse in America. What is that book about, and does it have anything to say about the current state of political conversations in America?

MF: A lot of people have decried the venomous tone of contemporary politics—the incivility compared to midcentury, when there was an exaggerated courtesy in the way politicians dealt with each other. This book addressed the style of politics more than the outcome or substance, but it is also a reflection of party sorting.

So you don’t any more have opponents—you have enemies.

HI: You just launched a new series of papers called Essays on Contemporary Politics. What inspired you to write these papers and what do you hope to accomplish through the series?

MF: Since 1992, there’s been no majority in this country. We keep going back and forth. Elections are hard fought and very close. Control of institutions shifts back and forth. There’s something struggling to be born. We don’t know what it is—no one can ever predict. But basically we’re waiting for a new majority to emerge. That’s the underlying theme of the essays.

HI: In the first essay, you talk about the history of partisan control over the Congress and the presidency and describe last twenty-five years as being marked by instability. What do you mean by that and what do you attribute it to?

MF: In the 1980s we talked about a Republican “lock on the presidency.” Take away Jimmy Carter, who was sort of an accidental president, and Republicans could have won seven presidential elections in a row. And they were landslides—Reagan and Nixon won by 60 percent. We’ve had nothing like that since 1992. We’ve had bare majorities, people winning by 52 or 53 percent. The Senate is up for grabs every election. So by instability, I mean that neither party can count on their majorities the way they could in past times.

That encourages a short-term horizon in politicians—an attitude that you’d better do whatever you can now for fear you may lose the next election. This explains Democrats pushing through health care reform when it didn’t have a majority in the country, when it barely had a majority in Congress, and when they knew it would cost them in the next election because they may not have another shot.

HI: You have a number of subsequent essays that are going to be released in the series, correct?

MF: One essay a week until the election. Then after the election—I don’t know how long it will take me—I’ll write one final “what does it all mean” type essay.

HI: What topics are the essays going to cover?

HI: You’ve also been appearing on Hoover’s new Poll Position podcast with Bill Whalen, Dave Brady, Doug Rivers, and Bruce Cain. Can you tell us about that project?

MF: It gives us an opportunity to look at what’s happening out there—to have an informed conversation that focuses on something in the news or going on that week. It’s a good group. Doug is the pollster, Bruce Cain and Whalen are the political experts, and Brady and I are election analysts. So we get different perspectives—quantitative and qualitative. Its fun—we just get together and talk for a half hour.

HI: Are you willing to offer any predictions about the outcome of 2016?

MF: No, partly because—as we’ve discussed in the podcast—right now 30 percent of the country either say they’re not going to vote, they’re going to vote for a third party, or they don’t know how they will vote. So the potential for volatility is higher than normal. And there aren’t many people who are voting because they really like one of the candidates. They’re voting because they dislike the other one. So any kind of October surprise—we always talk about these—has more potential to disrupt the alignments.

HI: What do you think a Trump or a Clinton presidency will mean for the American electorate and for partisan control in the years going forward?

MF: I think if Hillary wins and the Democrats take the Senate, then the Republicans will take back the Senate in 2018 with ease. And I would really look forward to 2020 for something different. Hillary would be challenged in the Democratic Party.

Lord knows what would happen in the Republican Party if Trump should win—I could not begin to imagine.

So we’re looking down the road, but it’s very hard to see what’s ahead post-2016.

Stay up to date on new installments in the Essays on Contemporary American Politics series by visiting Hoover’s portal for the series, and find Poll Position episodes via Hoover’s Decision 2016 portal.