Q&A: George P. Shultz And John B. Taylor On Economic Policy Lessons For Now And The Future 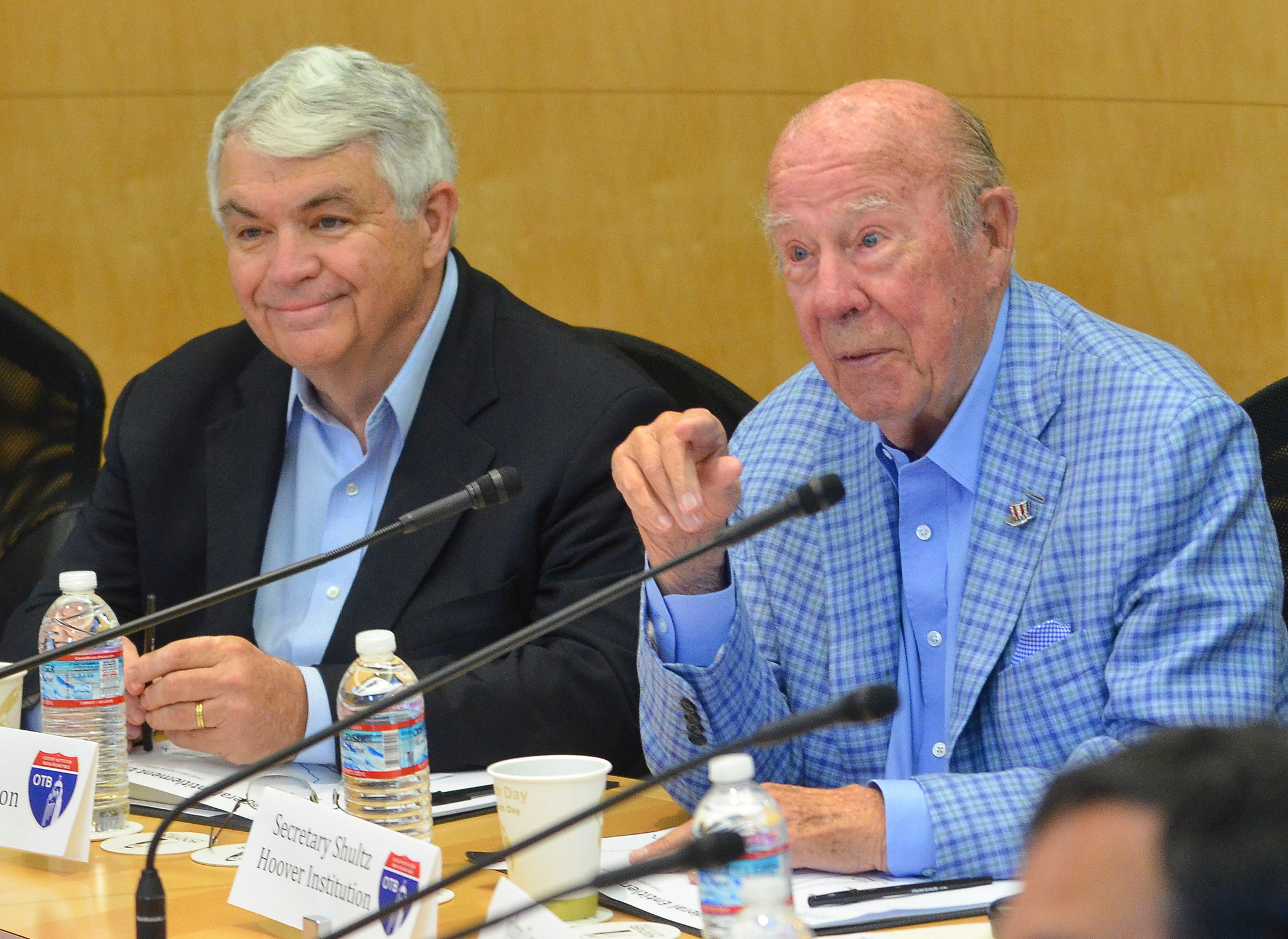 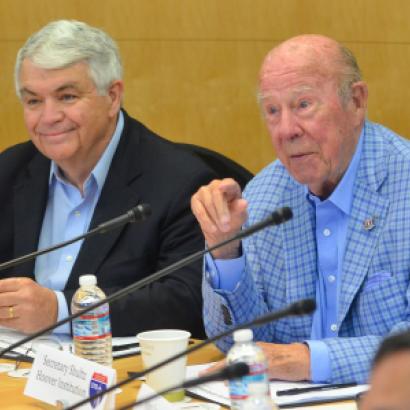 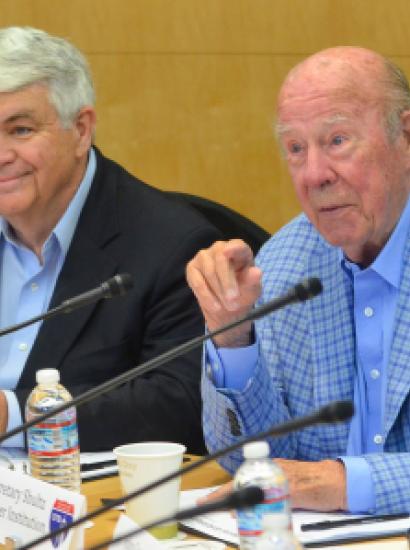 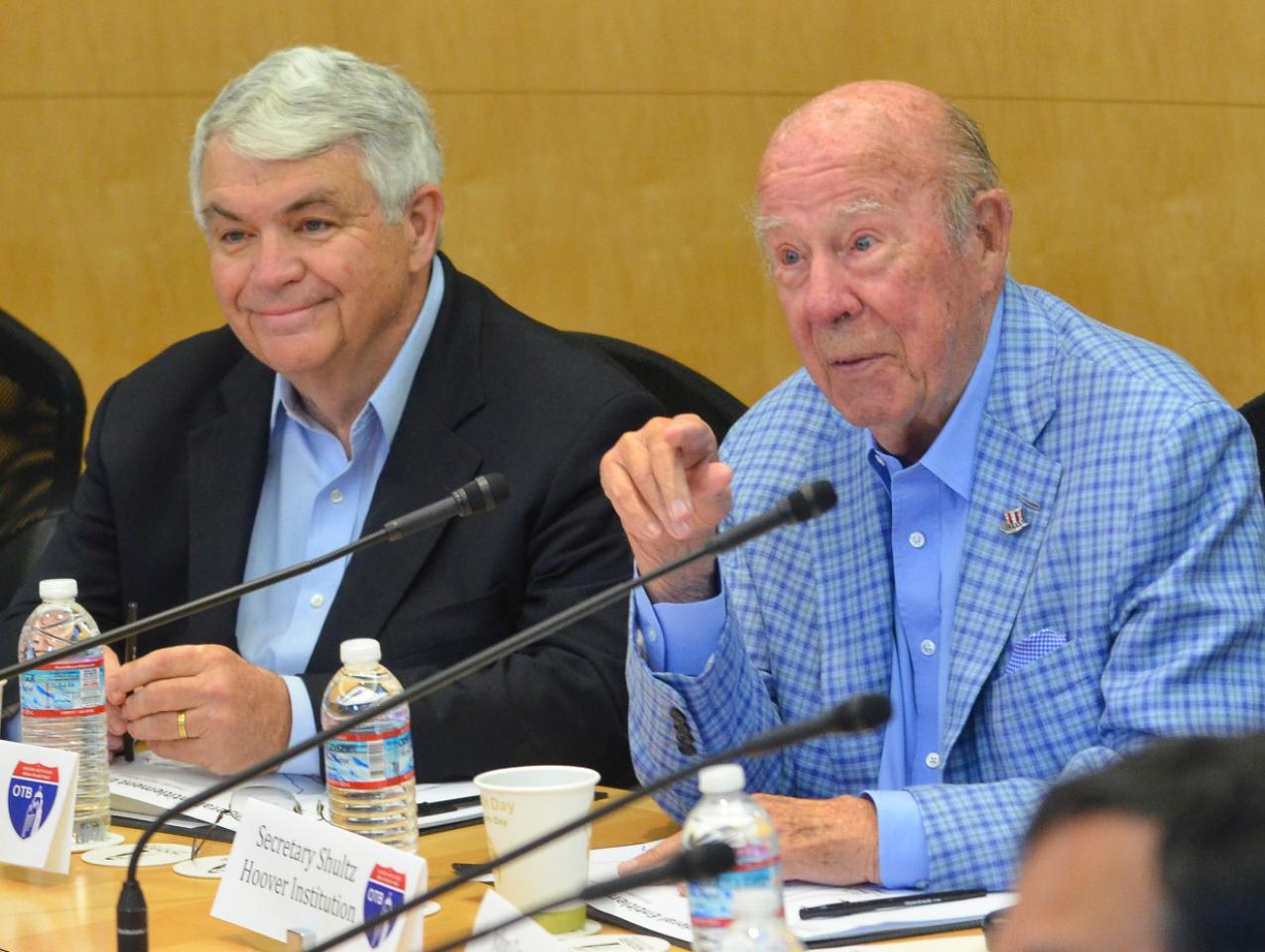 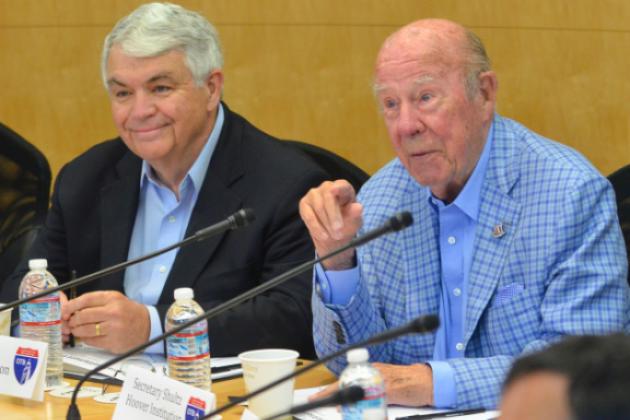 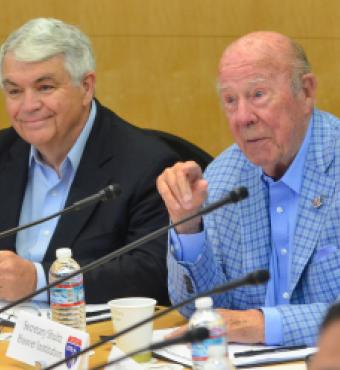 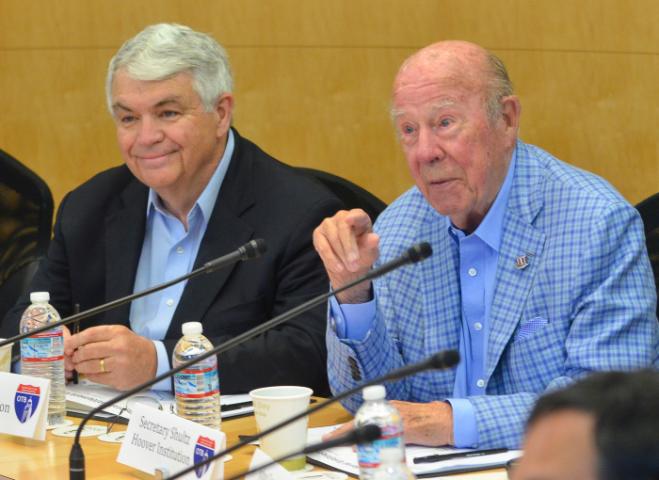 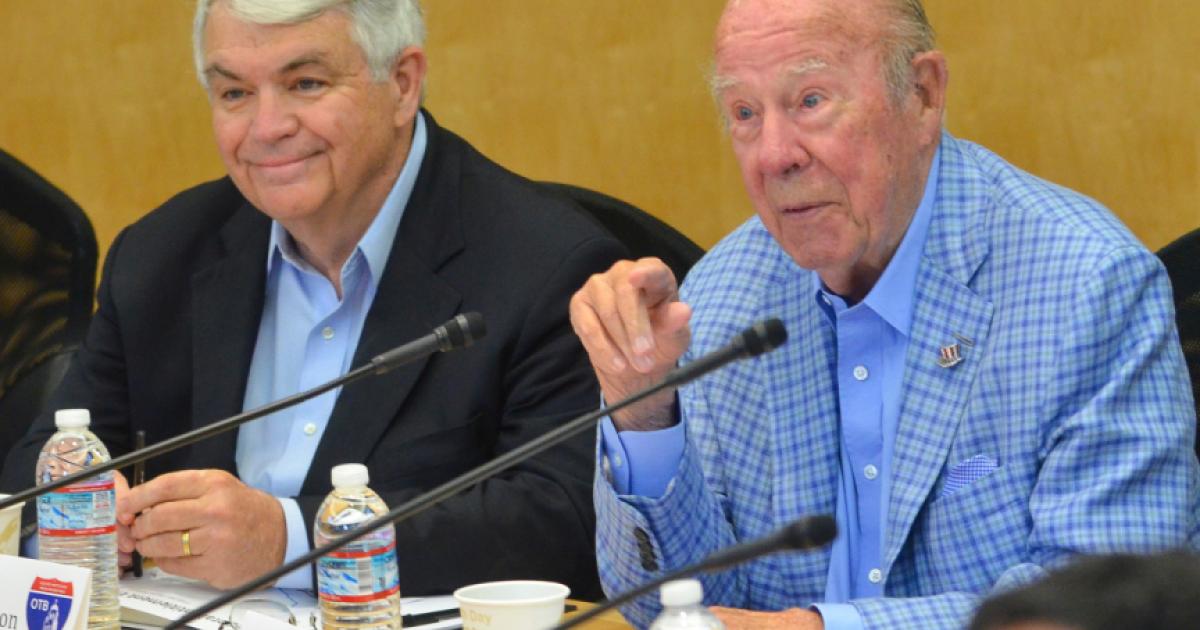 The two Hoover economists discussed the economic choices facing policy makers today based on their experiences at the highest levels of policy making in the White House; the reasons behind the Nixon administration’s decision to impose national limits on wages and prices in the 1970s; and how the Reagan administration changed course and adopted free-market-oriented policies in the 1980s.

Why the title Choose Economic Freedom?

Taylor: Economic freedom conveys three indelible principles: reliance on markets as a determinant of prices, less government regulation and intervention, and a strong rule of law that ensures predictability in the economy. This is a book about history and experience. Its lessons are universal and relevant to current times.

What were the origins of this collaboration?

In the appendix of Choose Economic Freedom, we featured two documents that have never been published before. One is a letter dated June 22, 1971, marked personal and confidential, from then chairman of the Federal Reserve Arthur Burns to President Richard Nixon. Burns argued that the economy has changed in a variety of ways, and therefore classical economic policy will not work anymore. He called for government intervention in the private sector to combat high rates of inflation and unemployment. Burns said monetary policy alone would not work. As a solution, he advised President Nixon to impose wage and price controls.

Burns was formidable. Helmut Schmidt, the chancellor of Germany, called Burns the “pope of economics.” In other words, he seemed infallible. In addition to his prowess as an economist, he had a very powerful personality. When he spoke, you paid attention. The other document was advice given to the incoming Reagan administration following the 1980 presidential election by a group of economists, which I chaired. It called for a reduction in individual tax rates, the removal of unnecessary and overburdensome regulations, and advising the Federal Reserve to implement a pro-growth and anti-inflationary monetary policy.

Taylor: These documents tell a very important part of this story. They reveal the theme that leaders can receive good and bad economic advice. Sometimes the bad economic advice can come from people like Arthur Burns, a respected economist. This is a lesson that pertains for all times but comes out so clearly in the June 1971 memorandum that Burns wrote to Nixon.

Why did Arthur Burns, a market-oriented economist, depart from his principles about the free market and advocate for government central planning on wages and prices?

Taylor: Writing and speaking about economics in the abstract is much different from implementing policy. My guess is that Burns may have felt political pressure because the people demanded fast results for their economic woes. Thus, I think he gave in to an approach that he would not have usually advocated. Burns did have previous experience in government, but at the time he was faced with a unique set of circumstances.

What were the economic circumstances in the early 1970s that led to the decision to impose wage and price controls?

Shultz: The nation’s economic problems predated the Nixon administration. In the early 1960s, the Kennedy administration wanted to stimulate the economy while keeping inflation in check. So they created wage and price guidelines, which were a precursor to wage and price controls.

Taylor: The first part of Choose Economic Freedom features a debate between two Nobel laureate economists, Milton Friedman of the University of Chicago and Robert Solow of the Massachusetts Institute of Technology, about the merits of this type of government intervention in the economy. Friedman argued that these guidelines would only suppress inflation in the short term, and cause damage to the economy and destroy political freedom in the long term.  Solow countered that a government should be able to utilize these tools, because wages and prices generally rise at a rapid rate before an economy reaches its full capacity.

The byline of Choose Economic Freedom reads “with words of wisdom by Milton Friedman.” What are Friedman's contributions to the ideals of economic freedom?

Taylor: Friedman is referred to many times in the book. We discussed his debate with Solow. I also conducted a series of interviews with him during his lifetime. We had conversations when he was a senior research fellow at the Hoover Institution and I was serving on the White House Council of Economic Advisers. These exchanges were all important.

It turns out that Friedman predicted correctly the outcome of wage and price guidelines, which was the terrible experience of inflation and economic stagnation of the 1970s. In the 1980s, Friedman influenced the government with a very specific set of ideas and a strategy about how to bring them into action. He held to the principles of economic freedom and didn't waver as much as others did.

Could you describe how the Nixon administration implemented its wage and price policy?

Shultz: On August 25, 1971, President Nixon announced a series of economic changes and called it “the new economic policy.” I cautioned against that phrase because it was the same phrase Vladimir Lenin used in 1921 to change the direction of the Soviet Union’s economy. Nixon’s policy was a wage and price freeze followed by controls, tariffs on European goods, and of course the closing of the “gold window”—that is, the United States wouldn’t buy gold at a set price anymore.

The decision to close the gold window was considered controversial. Did you agree with this policy?

Shultz: It almost was not a decision. There was a run on gold about to take place at Fort Knox. This basically forced the gold window to close and the US to stop supporting a demand for redemptions worldwide.

Taylor: This event led to a move toward a flexible exchange rate system. Friedman commented that such a system paved the way for a free market and greater stability in the price of currency.

How did the energy crisis of the 1970s impact the effect of wage and price controls?

Taylor: There was a lot of discussion in the 1970s about blaming inflation on OPEC’s decision to restrict supply and cause shortages in the energy market. However, it was the initial policy mistake of establishing wage and price controls that was the original cause of the worsening condition of the economy.

Shultz: Remember the gas lines in the 1970s? The Carter administration placed wage and price controls in the energy sector. This policy caused artificially low prices, which inevitably led to inadequate supplies of fuel. The free-market price system works, that is the basic message of this book.

Taylor: They were completely different. The starting point was ending wage and price controls. This policy was gradually curbed in the 1970s, but then President Reagan removed it completely.