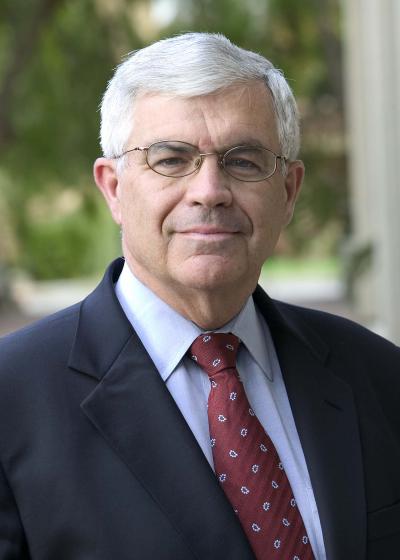 Taylor's fields of expertise are monetary policy, fiscal policy, and international economics. His book Getting Off Track was one of the first on the financial crisis; his latest book, First Principles, for which he received the 2012 Hayek Prize, develops an economic plan to restore America’s prosperity. His most recent book is Choose Economic Freedom: Enduring Policy Lessons from the 1970s and 1980s with George P. Shultz.

Taylor served as senior economist on President Ford's and President Carter’s Council of Economic Advisers, as a member of President George H. W. Bush's Council of Economic Advisers, and as a senior economic adviser to Bob Dole’s presidential campaign, to George W. Bush’s presidential campaign in 2000, and to John McCain’s presidential campaign. He was a member of the Congressional Budget Office's Panel of Economic Advisers from 1995 to 2001. From 2001 to 2005, Taylor served as undersecretary of the Treasury for international affairs where he was responsible for currency markets, international development, for oversight of the International Monetary Fund and the World Bank, and for coordinating policy with the G-7 and G-20.

Taylor received the Bradley Prize from the Bradley Foundation and the Adam Smith Award as well as the Adolph G. Abramson Award from the National Association for Business Economics. He was awarded the Alexander Hamilton Award for his overall leadership at the US Treasury, the Treasury Distinguished Service Award for designing and implementing the currency reforms in Iraq, and the Medal of the Republic of Uruguay for his work in resolving the 2002 financial crisis. At Stanford he was awarded the George P. Shultz Distinguished Public Service Award, as well as the Hoagland Prize and the Rhodes Prize for excellence in undergraduate teaching. He is a fellow of the American Academy of Arts and Sciences and the Econometric Society; he formerly served as vice president of the American Economic Association.

Taylor received the 2016 Adam Smith Award from the Association of Private Enterprise Education and the 2015 Truman Medal for Economic Policy for extraordinary contribution to the formation and conduct of economic policy.