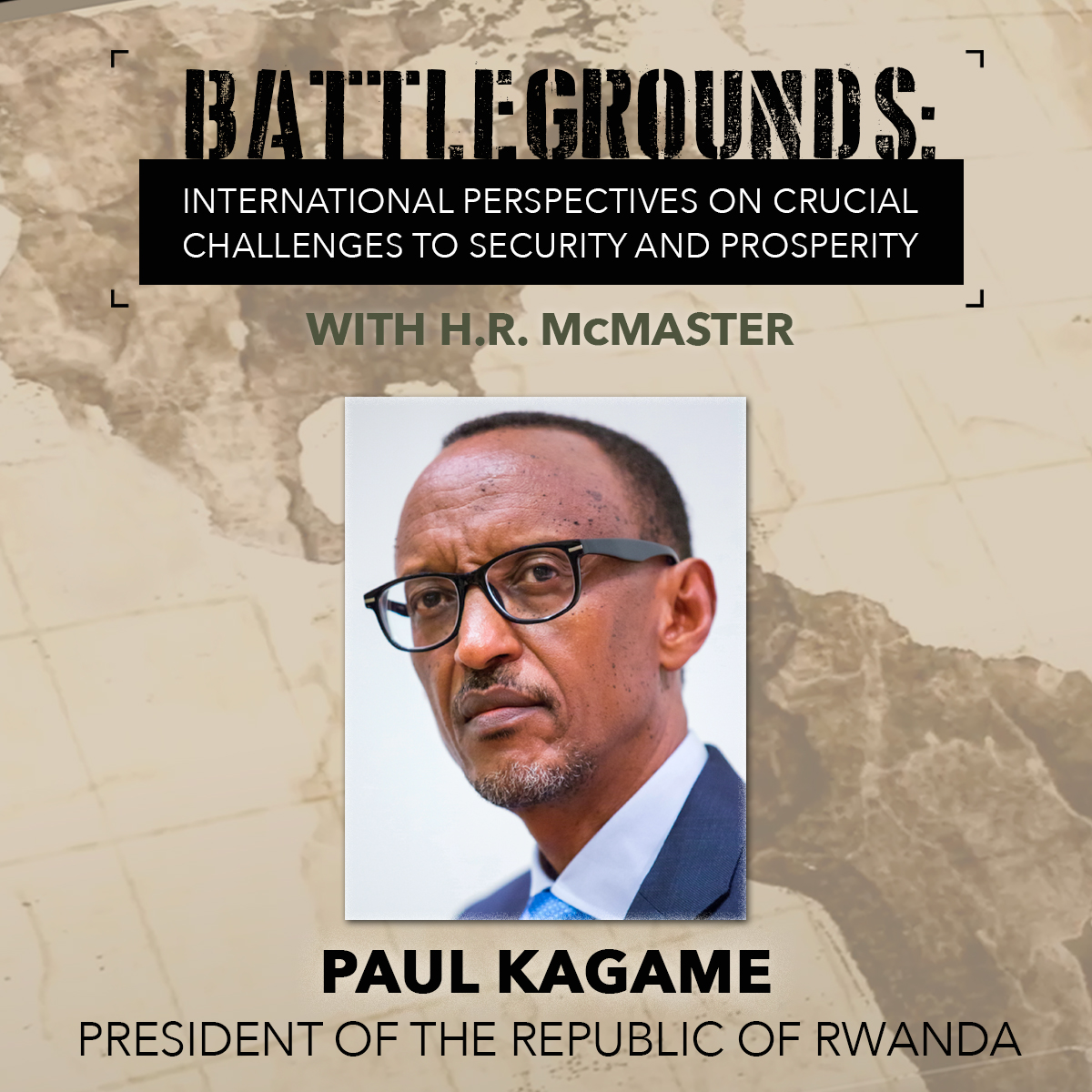 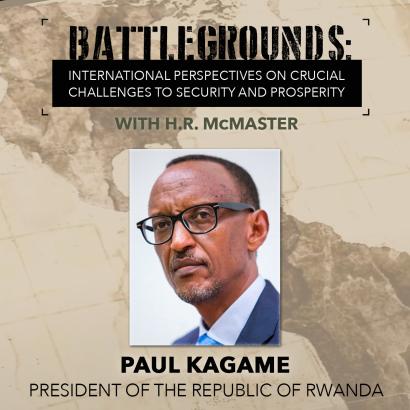 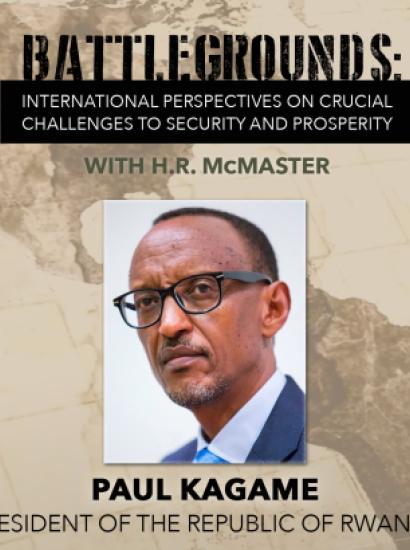 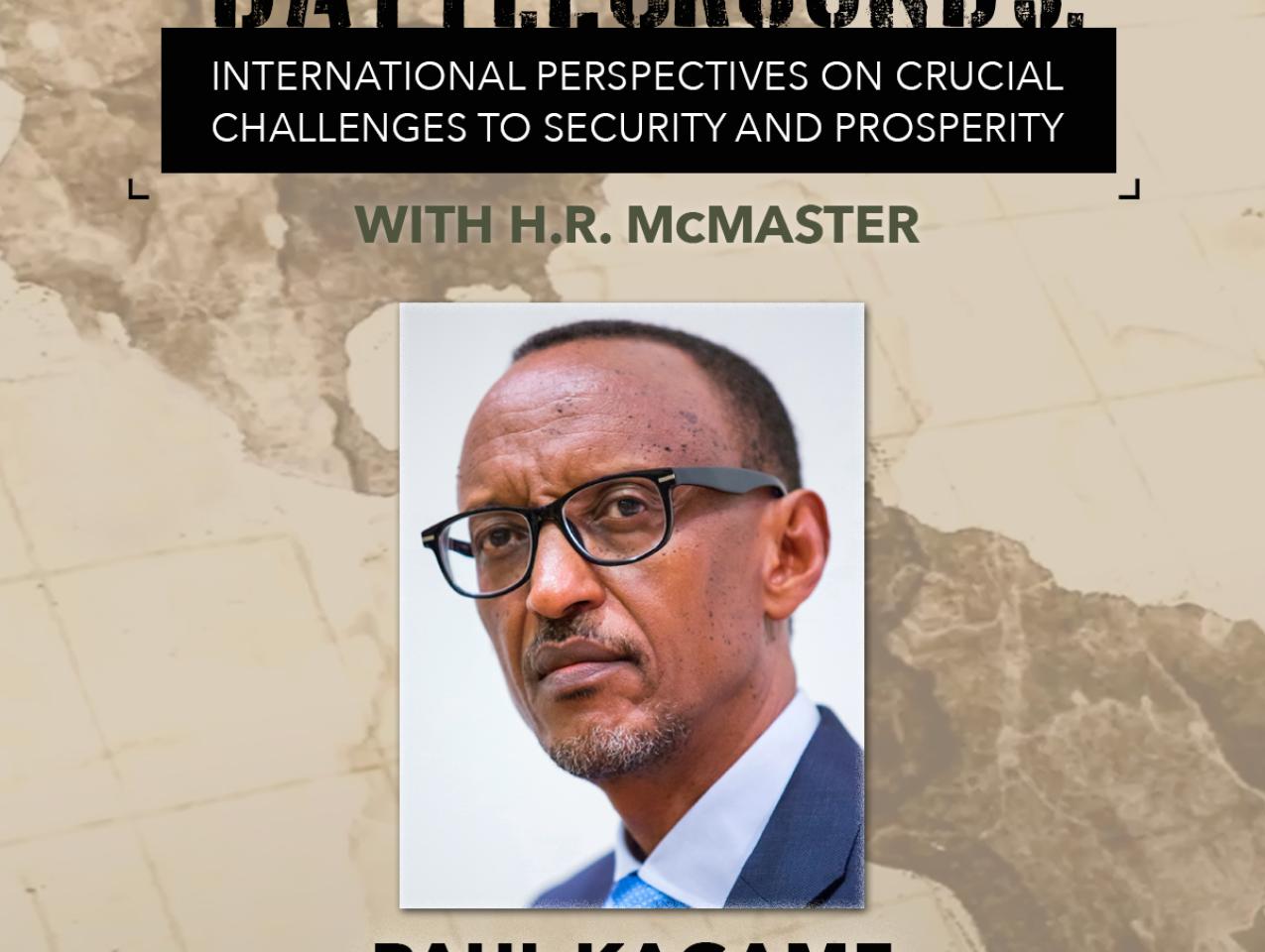 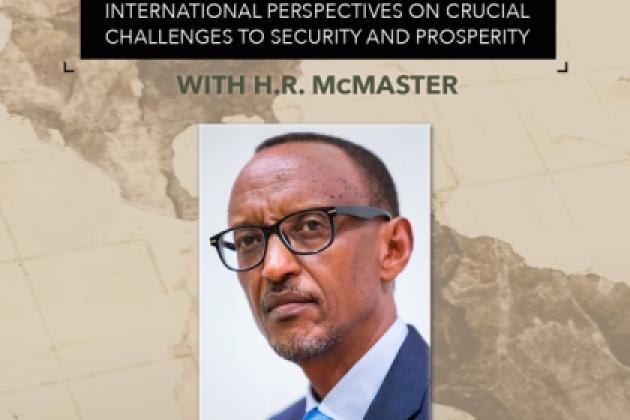 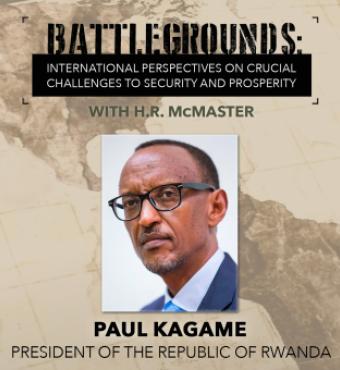 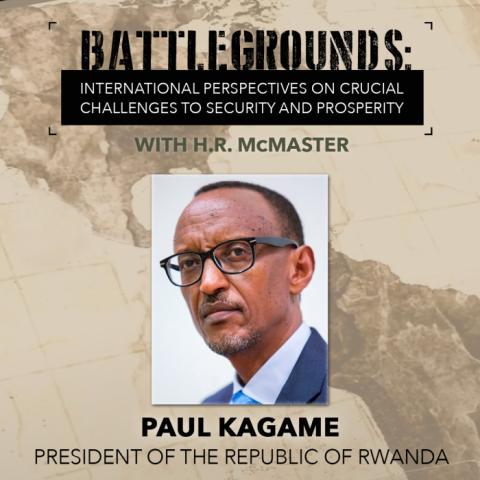 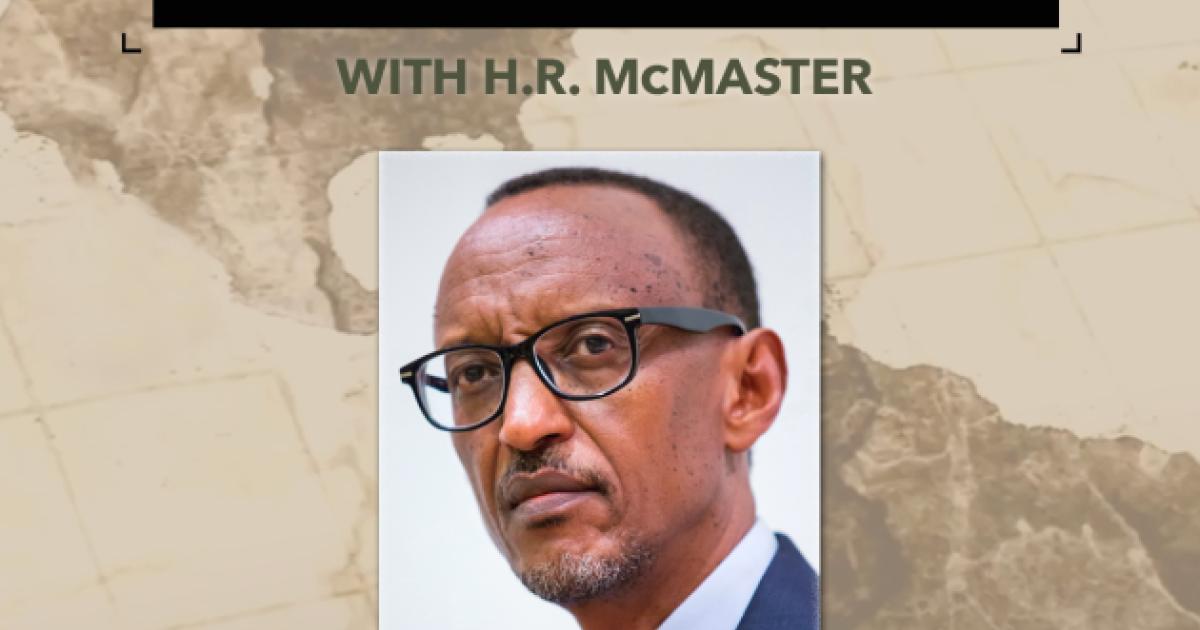 Kagame’s rise to power came as a consequence of Rwanda’s bloody civil war in the early 1990s. When he was a child, Kagame and his family, members of the Tutsi tribe, fleeing the violence of Hutu extremists, escaped to bordering Uganda in 1959. Similarly, tens of thousands of other Tutsis also fled to neighboring states. At that time, Rwanda was on the verge of independence after nearly eighty years of colonization, first by Germany from 1884 to 1916, then by Belgium. In 1962, Rwandan autonomy was fully realized and became dominated by Hutu rule.

Kagame explained that the Hutu-Tutsi conflict was perpetuated by a classic divide-and-conquer strategy imposed by their colonial overlords. Those divisions reached a crisis thirty years after independence, when Kagame and other exiles formed a rebel military (the Rwandan Patriotic Front, or RPF) in Uganda and invaded Rwanda in 1990. Despite peace accords forged between the Rwandan government and the RPF after three years of war, the fighting ensued after a plane carrying Rwanda’s then Hutu president Juvénal Habyarimana was shot down. The Hutus immediately blamed the RPF for Habyarimana’s death and subsequently organized a genocidal campaign, which would eventually result in the murder of well over 800,000 people, mostly Tutsis, in 100 days in 1994.

After taking command of the RPF, Kagame successfully led an assault against Hutu forces and set up a new government. Since 2000, Kagame has officially held the title of president.  Although he has subsequently been reelected for three terms, he has been accused of running an authoritarian, one-party state.

In this interview, Kagame told McMaster that his objective since assuming power was to establish good governance built on trust with the entire citizenry, including the rival Hutus. Similarly, he believes that for Rwanda and other states in Africa, the best strategy for thwarting jihadist extremism from such groups as Boko Haram, al-Shabaab, and al-Qaeda is to not only confront them with military power but also to address the root causes of their resentments. This whole-of-government approach, Kagame believes, also includes expanding the capacity of governments to capably serve diverse segments of their populations and to forge security cooperation among African states via diplomacy.

“We have found that most of these [terror] activities are cross border,” Kagame explained.

He said that such measures need to be more effectively deployed in East African conflicts such as the two-decade war in the Eastern Congo principally between Hutu rebels and the Congolese Armed Forces, as well as escalating violence between the Ethiopian government and ethnic Tigrayans of that country’s north. Kagame added that he is willing and able to commit Rwanda’s forces to help stabilize the region.

“We also bring a bit of experience from our own country during the ‘tragic days,’ where we can share with the people how to dissolve some of the causes of conflict,” Kagame noted.

Kagame, who served as chair of the African Union in 2018, touted Africa’s potential as a global economic power bloc. Among continents, Africa has the youngest population (40 percent of people are 15 years old or younger) as well as the largest free trade zone (with a GDP valued at $4.3 trillion) in the world.  In the case of Rwanda, Kagame said his country is focused on diversifying investments in various industries, particularly the expansion of its health care system to capably handle crises such as COVID-19.

In regard to the pandemic, Kagame explained that Africa is still waiting for the delivery of newly developed vaccines from the United States. However, to provide for the health security of Rwanda, Kagame maintained that he welcomed a strengthened trade and investment relationship with the United States.

“The United States has a lot to offer in these areas to make Rwanda, and Africa, be able to stand on their own,” Kagame explained.

Kagame also addressed concerns that China’s expansive investment in Africa may endanger the sovereignty of individual nations like Rwanda. China has invested in the development of Rwanda’s infrastructure, including the construction of housing and industrial complexes, to accommodate its growing economy. One such complex, worth $27 million, was presented as a “gift” from China to the Rwandan people.

Kagame pushed back against such concerns. He argued that Rwanda’s commercial ties with China have not created a debt trap, maintaining that he would welcome investment from anywhere in the world provided that prospective financial arrangements contribute to the prosperity of the citizens of Rwanda, without placing constraints on his nation’s sovereignty.

“[China and Rwanda] deal with each other in consideration of each other’s terms. If we are in agreement, then we [will] go along,” Kagame said. “And that should apply to any other person [with whom] we engage.”