Award-winning educator, prolific author, and renowned historian of Russia-Eurasia, authoritarianism, and geopolitics Stephen Kotkin has joined the Hoover Institution full time as the Kleinheinz Senior Fellow. This appointment, supported through the generosity of Hoover overseer John Kleinheinz, will be concurrent with Kotkin’s post as senior fellow at Stanford University’s Freeman Spogli Institute for International Studies. Both appointments are effective September 1, 2022. 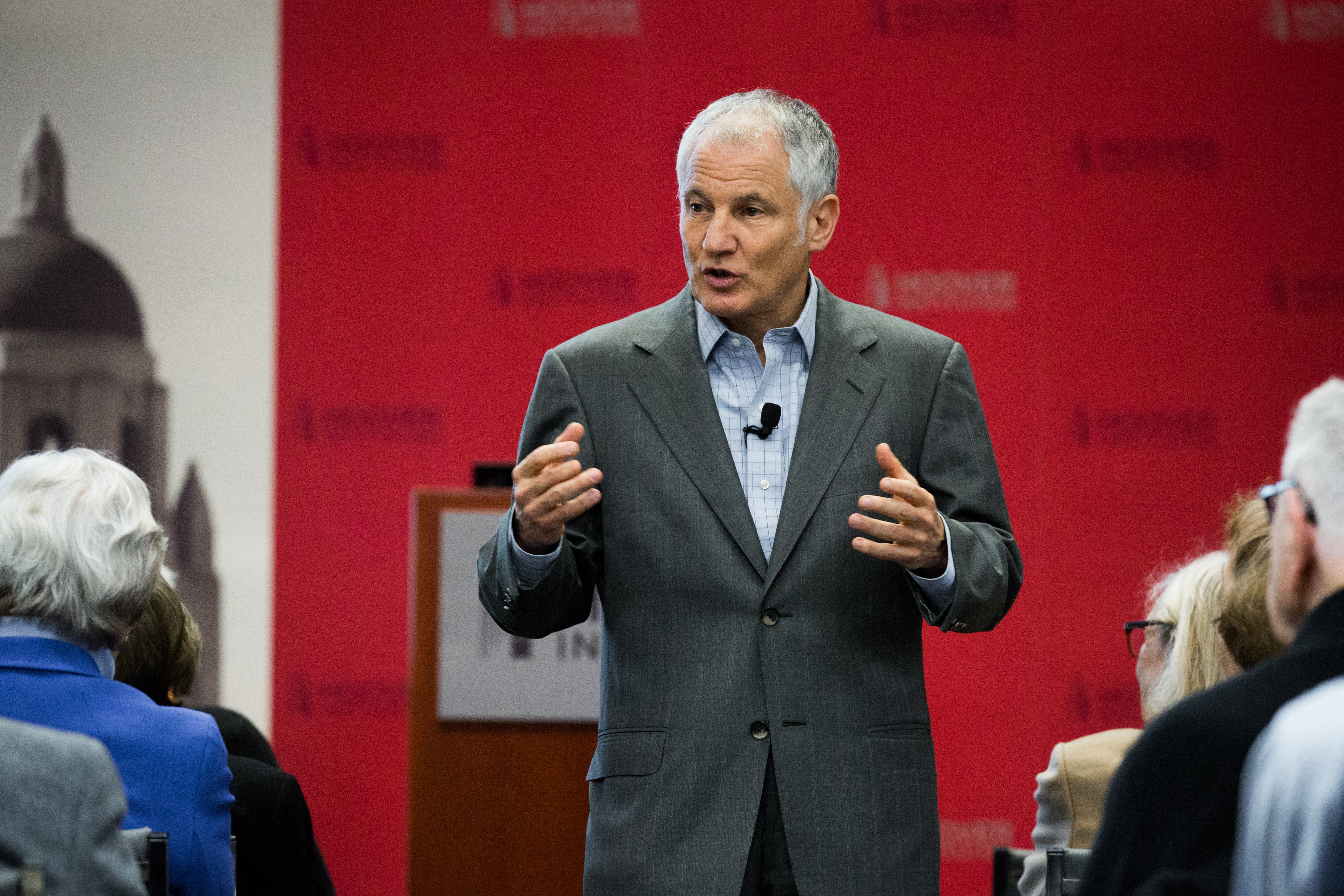 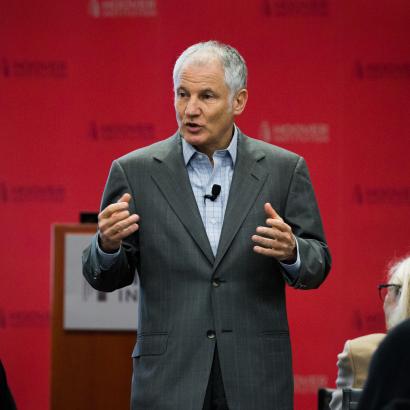 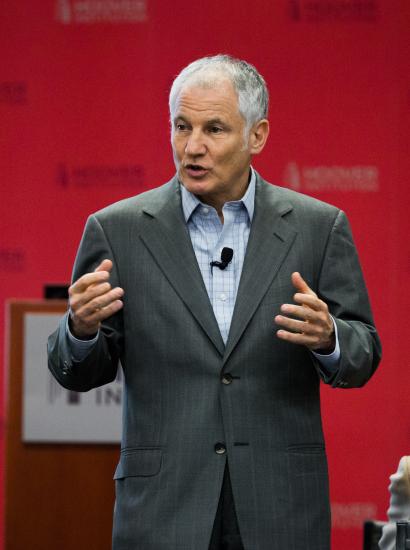 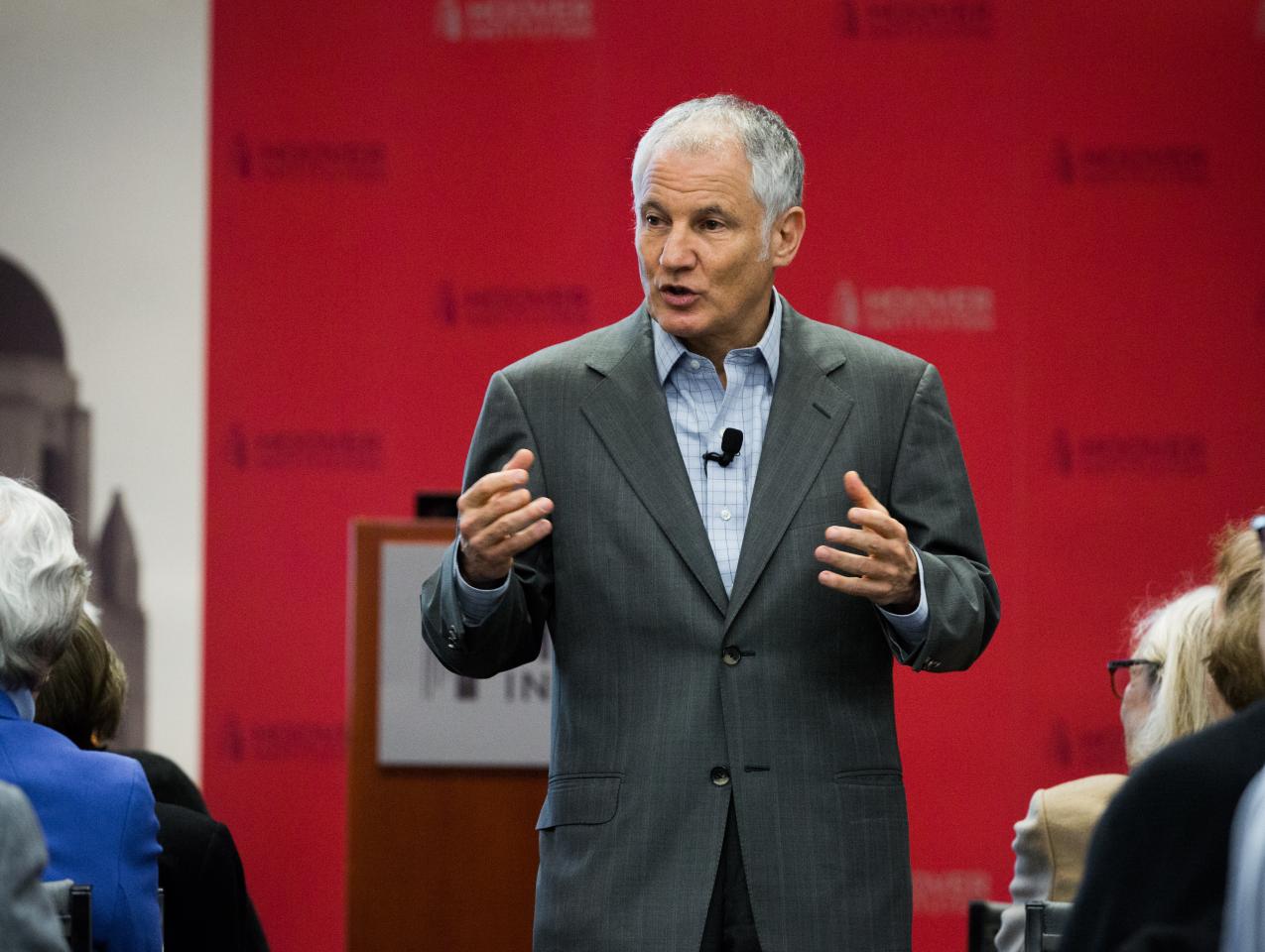 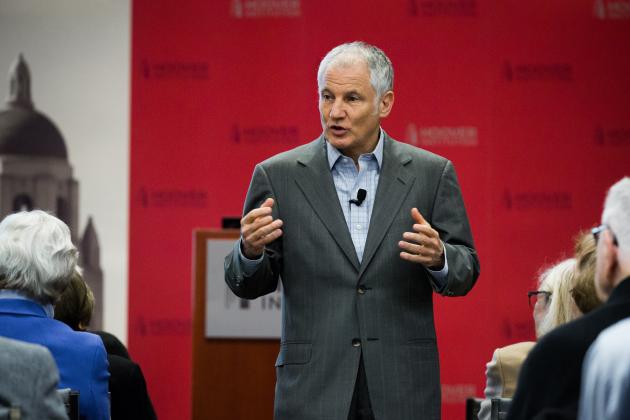 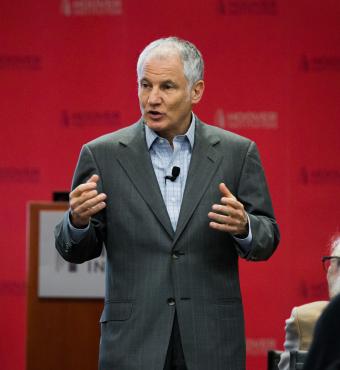 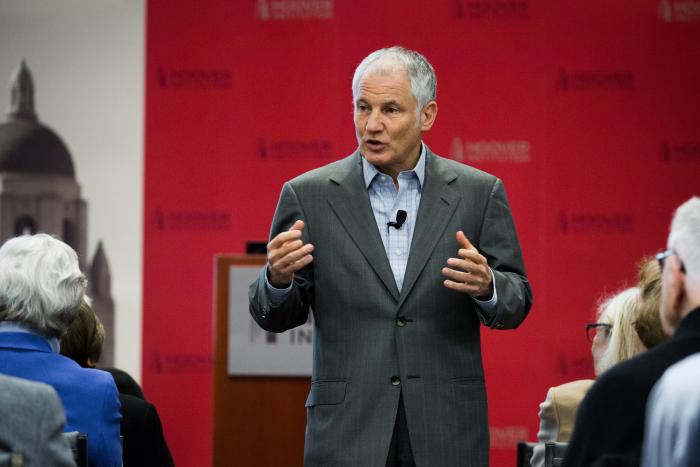 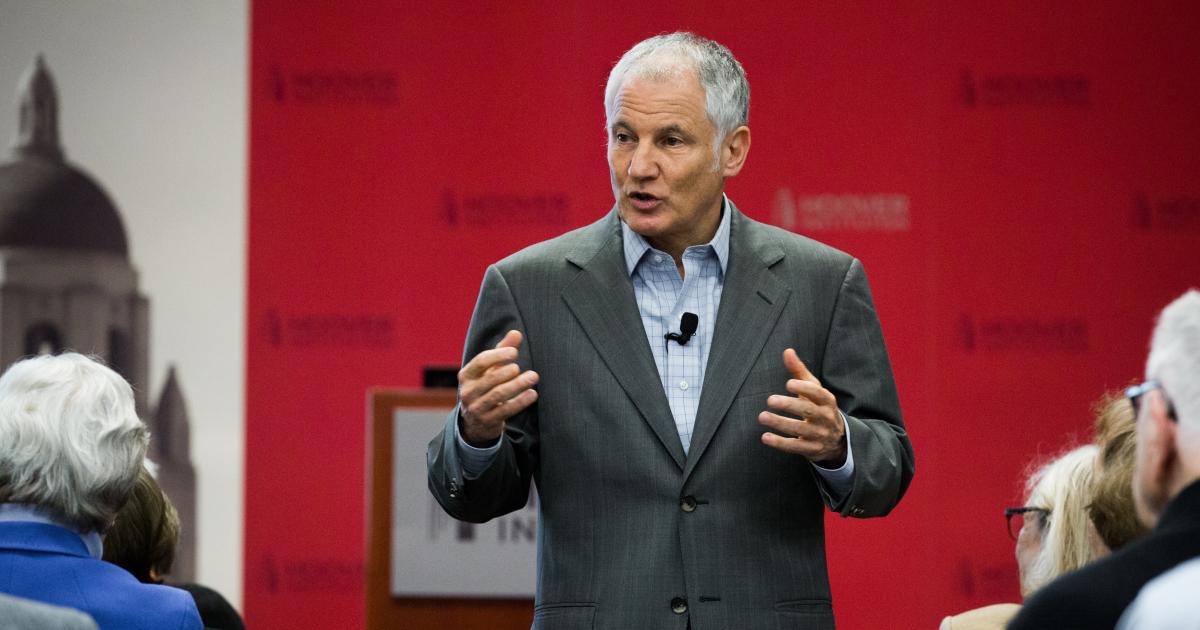 Kotkin comes to the Hoover Institution after an illustrious career spanning three decades at Princeton University, where he was the Birkelund Professor of History and International Affairs, a title he retains as emeritus.

“Stephen Kotkin is a true historian, a dedicated educator, and a scholar of the highest caliber,” said Tad and Dianne Taube Director Condoleezza Rice. “The Hoover Institution is fortunate to announce him as our newest senior fellow, whose work and expertise will help to further policies to address the many complex global challenges facing us in the twenty-first century.”

In the coming academic year, Kotkin will launch and lead Hoover’s History Lab, a hub for research, teaching, and the convening of scholars and practitioners. The History Lab’s mission will be to supplement historical curricula at colleges and universities, provide academic enrichment to the next generation of scholars, and apply the lessons of history to promote better understanding of contemporary public policy challenges. He will serve as a senior adviser to the director of Hoover’s nonpareil Library & Archives.

Throughout his career at Princeton, Kotkin has adopted a multidisciplinary approach to historical scholarship and education and has founded and advanced several key initiatives at the top Ivy League university. In 2008, he founded Princeton’s Global History Initiative, which he continued to direct before his full-time Stanford appointments. He created and taught Princeton’s PhD seminar on global history since the 1850s, examining the formation of the world in which we live.

Kotkin directed Princeton’s Russian and Eurasian Studies program (1996–2009) and its Institute of International and Regional Studies (2013–14, 2016–22), where he oversaw the establishment of a China Center, an India Center, a Brazil Lab, a research enterprise on Sustainable Futures, and numerous other major new initiatives. In parallel he became the founding director of Princeton’s Program in the History of the Practice of Diplomacy, a minor open to all majors that attracted increasing numbers of students from across disciplines. He also served as vice dean of the Princeton School (formerly the Woodrow Wilson School) of Public and International Affairs (2011–13).

Other highlights from Kotkin’s distinguished career at Princeton include service on the core editorial committee of World Politics, among the most authoritative journals of comparative politics; chair of the editorial board of Princeton University Press; and founder and coeditor of a six volume book series on Northeast Asia.

Kotkin has been affiliated with the Hoover Institution for more than a decade. During the 2010–11 academic year, he was a W. Glenn Campbell and Rita Ricardo-Campbell National Fellow. Since 2014, he has been an adjunct member of the Hoover fellowship, first as a research fellow and then as a senior fellow.

A prodigious writer of essays and books, Kotkin is the author of Steeltown USSR: Soviet Society in the Gorbachev Era (University of California Press, 1991); Magnetic Mountain: Stalinism as a Civilization (University of California Press, 1995); Armageddon Averted: The Soviet Collapse, 1970–2000 (Oxford University Press, 2008); and Uncivil Society: 1989 and the Implosion of the Communist Establishment (Modern Library, 2010). He served as the business book reviewer for the New York Times Sunday Business section and continues to write essays and reviews for Foreign Affairs, the Times Literary Supplement, and the Wall Street Journal.

More than a decade ago, Kotkin began writing his magisterial biography of Soviet leader Joseph Stalin, a comprehensively researched multivolume work, which features primary materials from the Russia and Eurasia Collection of the Hoover Library & Archives. The first volume, Stalin: Paradoxes of Power, 1878­–1928 (Penguin Books, 2015), covering Stalin’s early life and rise to the top of the Soviet political establishment, was a finalist for the Pulitzer Prize and was awarded the Arthur Ross Book Award Silver Medal in 2015. The second volume, Stalin: Waiting for Hitler, 1929–1941 (Penguin Press, 2017), winner of the Arthur Ross Book Award gold medal in 2018, analyzes key episodes of Stalin’s regime, including the enslavement of the peasantry, known as collectivization, the Terror, the pact with Hitler, and the Winter War against Finland in 1939–40. The forthcoming and final volume of the trilogy will continue Stalin’s story from the Second World War, through the Cold War, to his death in 1953 and the legacy he left, up to the collapse of the Soviet Union and the 1990s withdrawal of its occupation troops.

Frequently in demand by media for his deep insights on contemporary Russian and Communist Chinese politics and, most recently, the Kremlin’s war on the Ukraine and its repercussions throughout Europe and Asia, Kotkin was described by the New Yorker’s editor David Remnick as one of the “most profound and prodigious scholars in Russian history.”

“Both principled and pragmatic, he is also more plugged in than any reporter or analyst I know,” Remnick said.

Kotkin has been a regular guest on Hoover’s flagship broadcast, Uncommon Knowledge, hosted by Peter Robinson, the Murdoch Family Distinguished Policy Fellow at the Institution, who has called him “the best show in town.”

In an Uncommon Knowledge episode that aired prior to the invasion of Ukraine in February, Kotkin examined Vladimir Putin’s vision to revise the post–Cold War order. In a follow-up episode post invasion, Kotkin argued that Russia’s long-standing geopolitical conundrum, not NATO expansion, is the reason behind the aggression and explained why the Chinese regime in Beijing could never liberalize politically without committing suicide.