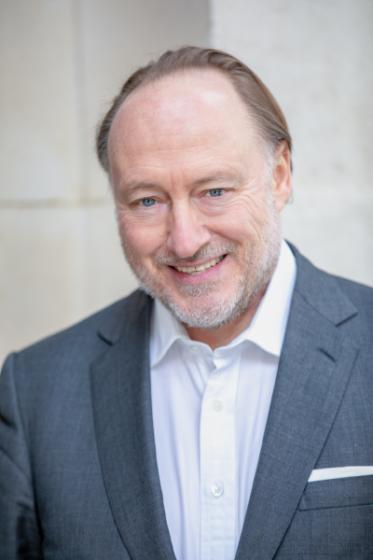 Andrew Roberts is the Roger and Martha Mertz Visiting Fellow at the Hoover Institution. Professor Andrew Roberts took a first in modern history from Gonville and Caius College, Cambridge, from where he is an Honorary Senior Scholar and PhD. His biography of Winston Churchill’s foreign secretary Lord Halifax, The Holy Fox, was published in 1991 and was followed by Eminent Churchillians; Salisbury: Victorian Titan (which won the Wolfson Prize and the James Stern Silver Pen Award), Napoleon and Wellington; Hitler and Churchill: Secrets of Leadership; Waterloo: Napoleon’s Last Gamble; A History of the English-Speaking Peoples Since 1900 (which won the US Intercollegiate Studies Institute Book Award), and Masters and Commanders: How Four Titans Won the War in the West, 1941–45, which was shortlisted for the Duke of Westminster’s Gold Medal and the British Army Book Award.

Professor Roberts has edited What Might Have Been, a collection of twelve counterfactual essays by historians; The Art of War, two volumes of essays by forty historians; and The Correspondence of Benjamin Disraeli and Mrs Sarah Brydges Wylliams. His book, The Storm of War: A New History of the Second World War (2009) reached number two on the Sunday Times bestseller list, and Napoleon the Great won the Los Angeles Times Biography Prize, the Grand Prix of the Fondation Napoléon, and became a New York Times bestseller. He won the Bradley Prize in 2016. His biography of Winston Churchill, Churchill: Walking with Destiny, was published by Penguin in November 2018.

Professor Roberts is a Fellow of the Royal Society of Literature and of the Royal Historical Society; an honorary Doctor of Humane Literature; a Trustee of the Margaret Thatcher Archive Trust and of the National Portrait Gallery; chairman of the Guggenheim-Lehrman Military Book Prize; the Lehrman Institute Distinguished Fellow at the New-York Historical Society; and a visiting professor of the War Studies Department of King’s College, London. He reviews history books for over a dozen newspapers and periodicals. His website can be found at www.andrew-roberts.net