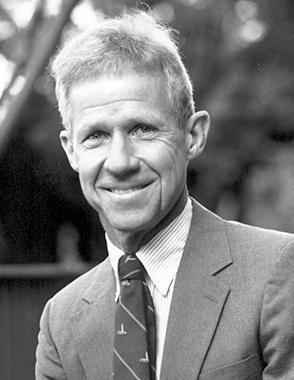 Charles Hill passed away on March 27, 2021. He was a career minister in the US Foreign Service and a research fellow at the Hoover Institution. Hill was executive aide to former US secretary of state George P. Shultz (1985–89) and served as special consultant on policy to the secretary-general of the United Nations (1992–96). He was also the Brady-Johnson Distinguished Fellow in Grand Strategy and a senior lecturer in humanities at Yale.

Among Hill's awards are the Superior Honor Award from the Department of State in 1973 and 1981; the Presidential Distinguished Service Award in 1987 and 1989; and the Secretary of State's Medal in 1989. He was granted an honorary doctor of laws degree by Rowan University.

In 1978, Hill was deputy director of the Israel desk and became political counselor for the US Embassy in Tel Aviv in 1979. He was named director of Israel and Arab-Israeli affairs in 1981, and he served as deputy assistant secretary for the Middle East in 1982.

Hill began his career in 1963 as a vice consul in Zurich, Switzerland. In 1964, he became a Chinese-language officer in Taichung, Taiwan, and in 1966 was appointed as a political officer in Hong Kong. He was involved in the 1974 Panama Canal negotiations, becoming a member of the policy planning staff as a speechwriter for Secretary of State Henry Kissinger in 1975.

During 1970, he was a fellow at the Harvard University East Asia Research Center. He was a Clark Fellow at Cornell University in 1989.

Hill has collaborated with former UN secretary-general Boutros Boutros-Ghali on Egypt's Road to Jerusalem, a memoir of the Middle East peace negotiations, and Unvanquished, about US relations with the United Nations in the post–cold war period. His book Grand Strategies: Literature, Statecraft, and World Order was published by Yale University Press in 2010. Hill has two books published by Hoover Institution Press: The Weaver's Lost Art (2014) and Trial of a Thousand Years: World Order and Islamism (2011).