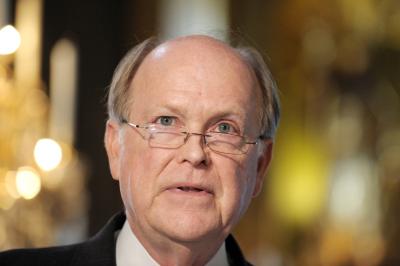 Charles I. Plosser served as the President and CEO of the Federal Reserve Bank of Philadelphia from 2006 until his retirement in 2015.

In his position he served as a member of the Federal Open Market Committee, which is responsible for U.S. monetary policy. During this period the world experienced a global financial crisis and a severe recession, requiring extraordinary action by monetary policymakers. He also served during a time of dramatic change in the activities of the Federal Reserve Banks including their role in financial services and the payments system as well as bank supervision. Among many other duties, he chaired the Committee on Investment Performance, which was responsible for oversight of the entire Federal Reserve System’s employee pension and thrift funds.

Prior to joining the Federal Reserve, Plosser was the John M. Olin Distinguished Professor of Economics and Public Policy and director of the Bradley Policy Research Center at the University of Rochester’s William E. Simon Graduate School of Business Administration where he served as Dean from 1993 to 2003. In 2004 he was a visiting scholar at the Bank of England. He is also a Research Associate at the National Bureau of Economic Research in Cambridge, Massachusetts. Over the years, Plosser has lectured to academic and business audiences worldwide on topics ranging from management education to economics and public policy issues. Prior to his public service at the Federal Reserve he also served as a consultant to numerous corporations on topics ranging from strategic planning and forecasting to portfolio and pension fund management, capital budgeting, and financial analysis. He was a member of the New York State Board of Economic Advisors and has served on the board of directors of ViaHealth, Inc. and RGS Energy Group, Inc. He has also served on the Advisory Board of the University Technology Seed Fund, LLC. In addition, he served as a director of the Graduate Management Admission Council from 1997 to 2003 and served as chairman of the board from 2002 to 2003.

Since January 2016, Plosser has served as a Public Governor for FINRA, the Financial Industry Regulatory Authority, where he serves on the Investment Committee and the Finance, Operations and Technology Committee.