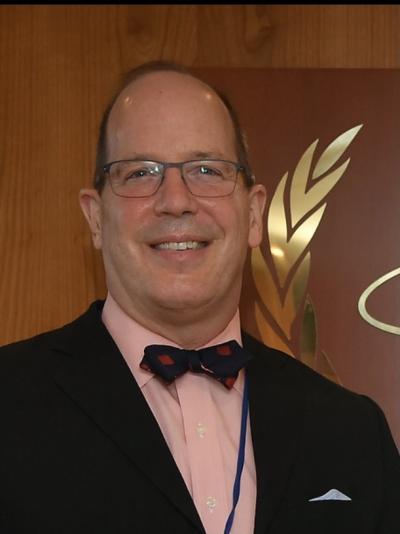 Dr. Christopher Ford is a visiting fellow at the Hoover Institution.  He was appointed in May 2022 as a MITRE Fellow and as founding Director of the Center for Strategic Competition, becoming one of only 12 Fellows since the MITRE Corporation's establishment in 1958, and the first with a policy-centric background.  Dr. Ford is also a Distinguished Fellow at the National Security Institute at George Mason University’s Antonin Scalia Law School, and a member of the Advisory Board at the Vandenberg Coalition.

From January 2018 until January 2021, Dr. Ford served as Assistant Secretary of State for International Security and Nonproliferation, also exercising the authorities of the Under Secretary for Arms Control and International Security for the last 15 months of that period.  During his tenure, Dr. Ford was instrumental in reorienting the Department to support U.S. competitive strategy vis-à-vis China and Russia, particularly with regard to mobilizing against China’s “Military-Civil Fusion” strategy, reforming U.S. national security export control policy, revising U.S. interpretations of Missile Technology Control Regime (MTCR) standards, and (when performing the duties of the Under Secretary) approving hundreds of millions of dollars in U.S. arms transfers, including to Taiwan.  Dr. Ford also developed and implemented the United States' groundbreaking “Creating an Environment for Nuclear Disarmament” (CEND) nuclear initiative, and wrote the State Department﻿’s 25-paper series of Arms Control and International Security Papers. Under his leadership, the Bureau of International Security and Nonproliferation﻿ rose to be rated the top policy bureau at the U.S. Department of State in the Partnership for Public Policy’s assessment of the “best places to work” in the federal government.

Before the State Department, he served as Special Assistant to the President and Senior Director for Weapons of Mass Destruction and Counterproliferation at the U.S. National Security Council, where he ran the directorate of that name throughout 2017. There, among other things, he led development of the U.S. Government﻿’s responsive strategy to Russian violations of the Intermediate-Range Nuclear Forces (INF) Treaty and the Open Skies Treaty, contributed to the drafting of the U.S. National Security Strategy and the Nuclear Posture Review, and personally ran the Trump Administration﻿’s internal ﻿“Nuclear Vision Review﻿” of disarmament policy.

A veteran of many years as a congressional staffer, Dr. Ford has served at various points on the staffs of the U.S. Senate’s Foreign Relations Committee, Banking Committee, Appropriations Committee, Select Committee on Intelligence, Permanent Select Committee on Investigations, and Governmental Affairs Committee.  He also served as Principal Deputy Assistant Secretary of State for Verification and Compliance in 2003-06, and as U.S. Special Representative for Nuclear Nonproliferation in 2006-08.

Dr. Ford is the author of three books – China Looks at the West: Identity, Global Ambitions, and the Future of Sino-American Relations (2015), The Mind of Empire: China's History and Modern Foreign Relations (2010), and The Admirals' Advantage: U.S. Navy Operational Intelligence in World War II and the Cold War (2005) – as well as a great many articles and monographs.