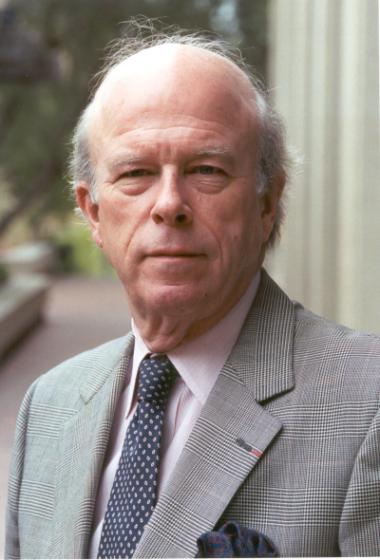 Dennis Bark is an emeritus senior fellow at the Hoover Institution.

He is the author or editor of nine books, including Reflections on Europe (1997), an edited volume to which he contributed the essay “The American-European Relationship: Reflections on Half a Century, 1947–1997.” His most recent work is Europeans and Americans Dancing in the Dark (2007).

In March 1997, he was awarded the Knight’s Cross of the Order of Merit, First Class, by the Federal Republic of Germany in recognition of his contributions to German-American relations. In October 2001, he received the Knight’s Cross of the National Legion of Honor of the Republic of France. He currently serves as chairman of the Board of Trustees of the Earhart Foundation.