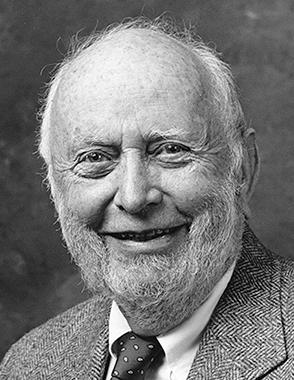 Douglass C. North was the Hoover Institution's Bartlett Burnap Senior Fellow. His most recent research activities included research on property rights, transaction costs, economic organization in history, a theory of the state, the free rider problem, ideology, growth of government, economic and social change, and a theory of institutional change.

North received the Nobel Prize in economics in 1993. He was elected a fellow of the British Academy in July 1996 and was installed as the Spencer T. Olin Professor in Arts and Sciences at Washington University in Saint Louis in October 1996.

North's appointments at Washington University in Saint Louis followed thirty-two years at the University of Washington at Seattle, where he was director of the Institute for Economic Research for five years and chairman for twelve years. He was the Peterkin Professor of Political Economics at Rice University in the fall of 1979, Pitt Professor at Cambridge University in England in 1981–82, and a visiting fellow of the center for Advanced Studies in the Behavioral Sciences at Stanford University in 1987–88. He was editor of the Journal of Economic History for five years and president of the Economic History Association in 1972. He was a twenty-year member of the Board of Directors of the National Bureau of Economic Research until 1986.

In 1987, he was elected to the American Academy of Arts and Sciences. He has lectured at most major American and European universities and many Asian universities. He was the author of more than fifty articles and eight books.

That part of his research that focused on the formation of political and economic institutions and the consequences of these institutions on the performance of economics through time was published in Institutions, Institutional Change and Economic Performance (Cambridge University Press).

During the last several years of his life, Professor North began using insights from cognitive and behavioral science to better understand economic change over time. In 2005, he incorporated his findings in his book - Understanding the Process of Economic Change.