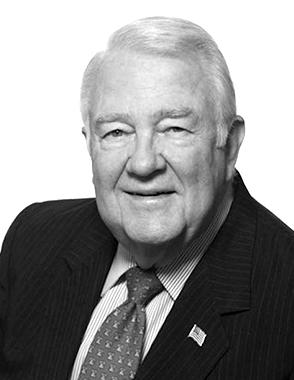 Edwin Meese was formerly a distinguished visiting fellow at the Hoover Institution. He served as the seventy-fifth attorney general of the United States from February 1985 to August 1988.

Meese is also a distinguished fellow and holder of the Ronald Reagan Chair in Public Policy at the Heritage Foundation; a regent emeritus of the National College of District Attorneys; and a member of the board of trustees of the Center for the Study of the Presidency and Congress. He received a Bradley Prize in 2012.

Before serving as US attorney general, he was counselor to the president from 1981 to 1985. In this capacity he functioned as the president's chief policy adviser and had management responsibility for the administration of the Cabinet, policy development, and planning and evaluation. During the time he held these positions, Meese was also a member of the president's cabinet and the National Security Council.

Meese headed the president-elect's transition effort following the November 1980 election. During the presidential campaign, he served as chief of staff and senior issues adviser for the Reagan-Bush committee.

From 1977 to 1981, Meese was a professor of law at the University of San Diego, where he was also director of the Center for Criminal Justice Policy and Management.

In addition to his background as a lawyer, educator, and policy official, Meese has been a business executive in the aerospace and transportation industry. He is also the author or coauthor of two books, With Reagan: The Inside Story (Regnery Gateway, 1992) and Leadership, Ethics and Policing (Prentice Hall, 2004).

He is active in numerous civic and educational organizations and a retired colonel in the US Army Reserve.

Meese is a graduate of Yale University (1953) and holds a law degree from the University of California at Berkeley.