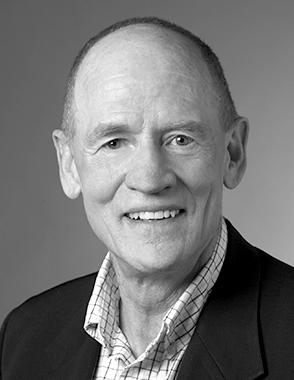 Gary D. Libecap was a senior fellow at the Hoover Institution. Libecap is currently the Bren Professor of Corporate Environmental Policy at the Donald R. Bren School of Environmental Science and Management and an economics professor at the University of California, Santa Barbara. He is also a research associate at the National Bureau of Economic Research, Cambridge, Massachusetts; a senior fellow at the Property and Environment Research Center; and a member of the Research Group on Political Institutions and Economic Policy, Harvard University. He previously was Anheuser Busch Professor and Professor of Economics and Law, at the University of Arizona.

Libecap is an expert on property rights institutions—how they emerge and change and how they affect behavior and economic outcomes. Most of his research has focused on the problems of the common pool and how they are or are not effectively addressed. His current research examines the legal and regulatory transaction costs of water marketing in the semi-arid western United States.

Libecap was president of the Economic History Association in 2006; of the Western Economics Association International in 2005; and of the International Society for the New Institutional Economics in 2004. He is on the board of editors for the Journal of Economic Behavior and Organization; was coeditor of the Journal of Economic History; and member of the Editorial Board of Explorations in Economic History. He was a member of the Advisory Committee on Environmental Research and Education, National Science Foundation; and has served as panelist on various National Science Foundation panels. He was the Julian Simon Fellow at the Property and Environment Research Center.

His books include “Chinatown”: Owens Valley and Its Meaning for Western Water Today, (Stanford University Press, 2007); Titles, Conflict and Land Use: The Development of Property Rights and Land Reform on the Brazilian Amazon Frontier, with Lee Alston and Bernardo Mueller (University of Michigan Press); The Federal Civil Service System and the Problem of Bureaucracy: The Economics and Politics of Institutional Change, with Ronald Johnson (University of Chicago Press and NBER); The Regulated Economy: A Historical Approach to Political Economy, coeditor with Claudia Goldin (University of Chicago Press and NBER); and Contracting for Property Rights (Cambridge University Press). He also edits the series, Advances in the Study of Entrepreneurship, Innovation, and Economic Growth.