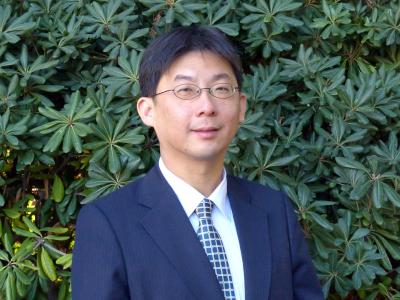 Hsiao-ting Lin is a research fellow and curator of the Modern China and Taiwan collection at the Hoover Institution, for which he collects material on China and Taiwan, as well as China-related materials in other East Asian countries. He holds a BA in political science from National Taiwan University (1994) and an MA in international law and diplomacy from National Chengchi University in Taiwan (1997). He received his DPhil in oriental studies in 2003 from the University of Oxford, where he also held an appointment as tutorial fellow in modern Chinese history. In 2003–4, Lin was a postdoctoral fellow at the Institute of East Asian Studies, University of California at Berkeley. In 2004, he was awarded the Kiriyama Distinguished Fellowship by the Center for the Pacific Rim, University of San Francisco. In 2005–7, he was a visiting fellow at the Hoover Institution, where he participated in Hoover’s Modern China Archives and Special Collections project. In April 2008, Lin was elected a fellow of the Royal Asiatic Society of Great Britain and Ireland for his contributions to the studies of modern China’s history.

Lin’s academic interests include ethnopolitics and minority issues in greater China, border strategies and defenses in modern China, political institutions and the bureaucratic system of the Chinese Nationalist Party (Kuomintang), and US-Taiwan military and political relations during the Cold War. He has published extensively on modern Chinese and Taiwanese politics, history, and ethnic minorities, including Accidental State: Chiang Kai-shek, the United States, and the Making of Taiwan (Harvard University Press, 2016); Modern China’s Ethnic Frontiers: A Journey to the West (Routledge, 2011); Tibet and Nationalist China’s Frontier: Intrigues and Ethnopolitics, 1928–49 (UBC Press, 2006), nominated as the best study in the humanities at the 2007 International Convention of Asia Scholars; Taiwan, the United States, and the Hidden History of the Cold War in Asia: Divided Allies (Routledge, 2022); and over a hundred journal articles, book chapters, edited volumes, reviews, opinion pieces, and translations. He is currently at work on two book projects which reevaluate the transformation of Taiwan’s politics and diplomacy from the 1950s to the 2000s, and investigate the history of Taiwan’s secret intelligence.