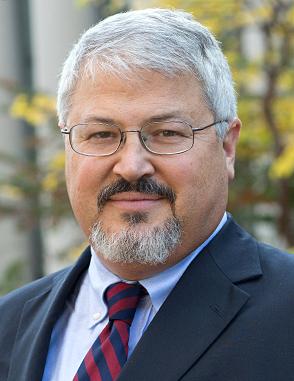 Jack Goldsmith is a senior fellow (adjunct) at the Hoover Institution and the Henry L. Shattuck Professor of Law at Harvard University. From 2003 to 2004, he served as the assistant attorney general, Office of Legal Counsel; from 2002 to 2003 he served as the special counsel to the general counsel of the Department of Defense. Goldsmith also taught at the University of Chicago Law School from 1997 to 2002 and at the University of Virginia Law School from 1994 to 1997.

In his academic work, Goldsmith has written widely on issues related to national security law, presidential power, international law, and Internet regulation. His books include Power and Constraint: The Accountable Presidency after 9/11 (2012), The Terror Presidency: Law and Judgment inside the Bush Administration (2009), Who Controls the Internet: Illusions of a Borderless World (with Tim Wu) (2006), and The Limits of International Law (with Eric Posner) (2005). He blogs on national security matters at the Lawfare blog,and on issues of labor law and policy at the On Labor blog.

Goldsmith is a fellow of the American Academy of Arts and Sciences. He holds a JD from Yale Law School, a BA and an MA from Oxford University, and a BA from Washington & Lee University. He clerked for Supreme Court justice Anthony M. Kennedy, Court of Appeals judge J. Harvie Wilkinson, and Judge George Aldrich on the Iran-US Claims Tribunal.

Power and Constraint: The Accountable Presidency after 9/11
Learn More

The Terror Presidency: Law and Judgment Inside the Bush Administration via W. W. Norton & Company