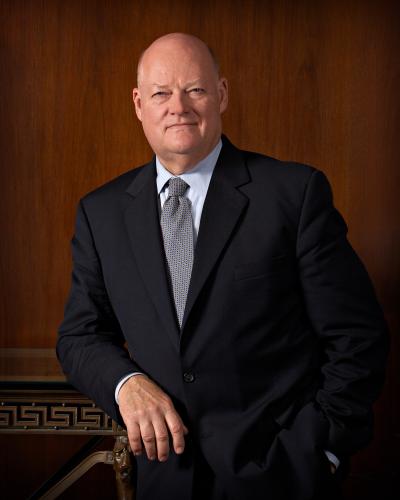 James C. Miller III is an emeritus senior fellow at the Hoover Institution and a senior adviser at Husch Blackwell, LLP, an international law firm.

During 1981, he was administrator of the Office of Information and Regulatory Affairs at the US Office of Management and Budget and executive director of the Presidential Task Force on Regulatory Relief.

Between 1977 and 1981, Miller was a resident scholar at the Center for the Study of Government Regulation at the American Enterprise Institute. From 1978 to 1981, he served as codirector of the center.

In the area of business and public service, from 1978 to 1981, Miller was chairman of the Board of Economic Impact Analysis. From 1988 to 2002, Miller was counselor to Citizens for a Sound Economy, and from 2002 to 2006 he served as chairman of the CapAnalysis Group. Presently, he serves on the boards of a number of foundations and enterprises, including the International Tax and Investment Center, Washington Mutual Investors, and has been nominated for a second term on the Board of Governors of the US Postal Service.

Miller began his career as an assistant professor of economics at Georgia State University in 1968. He earned his PhD in economics in 1969 at the University of Virginia.