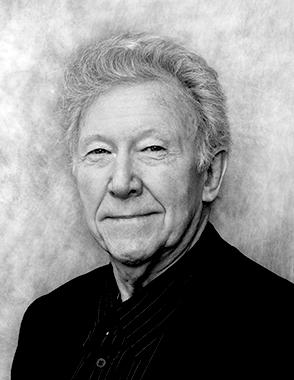 Jim Hoagland was an Annenberg Distinguished Visiting Fellow at the Hoover Institution and has served in a variety of reporting, editing, and opinion-forming roles at the Washington Post since joining the newspaper in 1966. Winner of two Pulitzer Prizes and other journalism honors, he became a contributing editor to the Post in January 2010, after serving two decades as associate editor and chief foreign correspondent.

Hoagland was born in Rock Hill, South Carolina, on January 22, 1940. He graduated with an AB in journalism from the University of South Carolina in 1961 and was elected to Phi Beta Kappa. He did graduate work in Aix-en-Provence, France, during the 1961–62 academic year and was a Ford Foundation Fellow at Columbia University’s School of Journalism during 1968–69.

Hoagland began his journalism career as a reporter with the Rock Hill Evening Herald in 1960 while still in college. He then became a copy editor for the New York Times International Edition in Paris in 1964. On joining the Washington Post in 1966, he covered metropolitan and national affairs. He was the Post’s Africa correspondent (1969–72), Middle East correspondent (1972–75), and Paris correspondent (1975–77). In 1979, Hoagland became foreign editor and, in 1981, was appointed assistant managing editor for Foreign News. In 1986, he moved to Paris to begin his internationally syndicated column on America’s role in the world.

Hoagland served in the US Air Force, stationed in Germany, from 1962 until 1964. He received the Overseas Press Club award for international reporting in 1977. Hoagland received Pulitzer Prizes in 1970 for international reporting and in 1991 for his columns on the events leading up to the Gulf War and the political turmoil within the Soviet Union. In 2002, the editors of seven leading European newspapers headed a jury that awarded Hoagland the Cernobbio-Europa Prize. He is the author of South Africa: Civilizations in Conflict, which was published in 1972.

Hoagland is married to novelist Jane Stanton Hitchcock; they have two children, Lily and Lee.