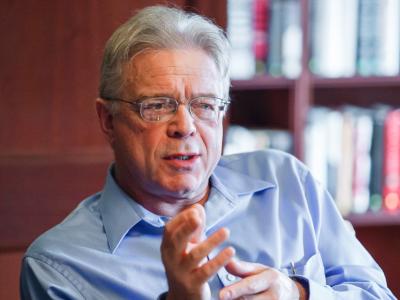 Joshua Muravchik is a fellow at the Foreign Policy Institute of the Johns Hopkins University School for Advanced International Studies.  His most recent book, Making David into Goliath: How the World Turned Against Israel, and a short companion e-book, titled Liberal Oasis: The Truth About Israel, were released in 2014. He is the author of nine previous books, including Trailblazers of the Arab Spring: Voices of Democracy in the Middle East (2013), Heaven on Earth: The Rise and Fall of Socialism (2001), and Exporting Democracy: Fulfilling America’s Destiny (1991).  He has also published more than four hundred articles on politics and international affairs, contributing to, among others, the New York Times, the Washington Post, the Wall Street Journal, the International Herald Tribune, Foreign Affairs, Foreign Policy, the New York Times Magazine, Commentary, the New Republic, and the Weekly Standard.  Muravchik, who received his PhD in international relations from Georgetown University, is also an adjunct professor at the Institute for World Politics.  He serves on the editorial boards of World Affairs, Journal of Democracy, and the Journal of International Security Affairs; he is also a member of the board and the executive committee of Freedom House.  He formerly served as a member of the State Department’s Advisory Committee on Democracy Promotion; the Commission on Broadcasting to the People’s Republic of China; and the Maryland Advisory Committee to the U.S. Commission on Civil Rights.