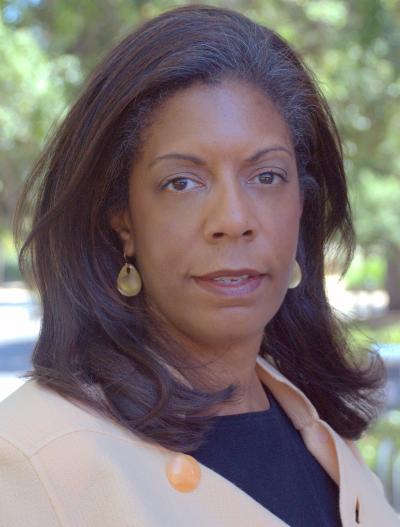 Kiron K. Skinner is the W. Glenn Campbell Research Fellow. Her areas of expertise are international relations, international security, US foreign policy, and political strategy. Skinner participates in numerous Hoover Institution projects, including the Shultz-Stephenson Task Force on Energy Policy and the working group on the Role of Military History in Contemporary Conflict. At Carnegie Mellon University (CMU), she is the Taube Professor of International Relations and Politics as well as the founding director of these academic entities: Carnegie Mellon University Washington Semester Program; Center for International Relations and Politics; Institute for Politics and Strategy; and Institute for Strategic Analysis. In addition, Skinner is a Distinguished Fellow at CyLab, a cyber-oriented research center associated with the College of Engineering, and she holds courtesy faculty positions at CMU’s Heinz College and the Institute for Software Research, an academic department in the School of Computer Science. She has also taught political science courses at Hamilton College, Harvard University, and the University of California, Los Angeles.

Skinner is an award-winning and best-selling author. Her coauthored books Reagan, In His Own Hand (2001) and Reagan, A Life in Letters (2003) were New York Times best sellers. Reagan, In His Own Hand was serialized in the New York Times Magazine on December 31, 2000, and won the Hoover Institution’s Uncommon Book Award in 2002. Reagan, A Life in Letters was selected as one of the best books of 2003 by the Los Angeles Times, was Time magazine’s cover story on September 29, 2003, and was the subject of a September 29, 2003, editorial written by the New York Times editorial board. The Strategy of Campaigning: Lessons from Ronald Reagan and Boris Yeltsin (2007), a book Skinner coauthored with Serhiy Kudelia, Bruce Bueno de Mesquita, and Condoleezza Rice, was excerpted on the New York Times’ opinion page on September 15, 2007. A frequent contributor of opinion essays, Skinner has written for CNN.com, Forbes.com, Foreign Policy.com, National Review Online, the New York Times, and the Wall Street Journal.  Skinner has been a Fox News contributor, appearing on both Fox News and Fox Business. She also regularly provides scholarly commentary on national and international television and radio programs.

Skinner is the editor of a new Palgrave Macmillan series on American political ideology. In this capacity, she is writing the launch book for the series on the war debate in the United States during the first half of the twentieth century.

From September 2018 to August 2019, Skinner served as Director of the Office of Policy Planning and Senior Policy Adviser to the Secretary of State at the US Department of State. In those roles, she reengaged the department in red-team exercises on regional conflicts, began developing State-Defense Department ties in critical areas, and fostered transatlantic partnerships through numerous strategic dialogues, including the first Policy Planners Summit for the North Atlantic Treaty Organization. She played a central role in creating the Commission on Unalienable Rights and re-chartering the Foreign Affairs Policy Board, and she served as the Secretariat for both entities.

Skinner’s government service also has included the following memberships: the US Defense Department’s Defense Policy Board (2001–07 and 2017-18); the Eisenhower Commission’s Legacy Committee of historians (2002-03); the Chief of Naval Operations’ (CNO) Executive Panel (2004–2015); the National Academies’ Committee on Behavioral and Social Science Research to Improve Intelligence Analysis for National Security (2009–11); and the National Security Education Board (2004–11). In 2010, Skinner was appointed to the advisory board of the George W. Bush Oral History Project. From 2012 to 2015, Skinner served on Pennsylvania Governor Tom Corbett’s Advisory Commission on African American Affairs.

Skinner has served on the boards of the American Australian Council in Washington, DC; Grove City College in Grove City, PA; Propel Schools in the Pittsburgh area; and Saint Vincent College in Latrobe, PA. She is a life member of the Pacific Council on International Policy in Los Angeles and the Council on Foreign Relations in New York City. She is a lifetime director on the board of the Atlantic Council of the United States in Washington, DC.