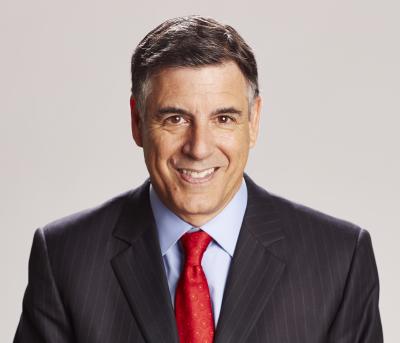 Markos Kounalakis, Ph.D. is a Visiting Fellow at Stanford University’s Hoover Institution, a Senior Fellow at the Center on Media, Data, and Society at Central European University in Budapest, Hungary, and a Senior Research Fellow at the University of Oregon-UNESCO Crossings Institute.

He is an award-winning, nationally syndicated foreign affairs columnist, author, and scholar. Wars and revolutions are where he cut his teeth as a foreign correspondent.

For nearly a decade, his columns appeared weekly in the McClatchy chain of 30 newspapers from Sacramento, California to Miami, Florida. His work remains in global syndication and is read worldwide. In 2018, the National Society of Newspaper Columnists recognized “Kounalakis’s world affairs columns not only offer strong prose and strong opinions, they offer an education.”

Newsweek and NBC-Mutual News posted him as a foreign correspondent in news bureaus in Italy, Austria, Czechoslovakia and the USSR. Kounalakis covered dramatic political and military developments at the end of the 20th century, both in superpower capitals and regional outposts. He covered the fall of the Berlin Wall to the street protests in Budapest, the Velvet Revolution in Prague, revolutionary movements in Bulgaria, and the violent overthrow of the Romanian regime. He was present at the Warsaw Pact meeting where the organization was dissolved. As a war correspondent, his reporting assignments landed him in Yugoslavia during the early phases of the civil war before heading off to Afghanistan with the Soviets to cover the last stages of their military occupation and the rise of the Mujahedin.

Dr. Kounalakis later became the president and publisher of the Washington Monthly magazine and host of the POTUS ’08 satellite-distributed program “Washington Monthly on the Radio.” Earlier in his journalism career he co-produced and co-hosted the weekly syndicated radio program, “Spotlight on World Affairs.” He most recently co-hosted public broadcasting’s “World Affairs” program and continues to appear frequently as a foreign affairs analyst on television.

Books authored by Dr. Kounalakis are wide-ranging – topics ranging from the Silicon Valley’s global technological revolution to America’s geopolitical struggles with China and Russia. “Freedom isn’t Free: The Price of World Order” (Anthem Press, 2022) is his most recent book and takes an analytical look at political, economic, social and moral trade-offs in a world in flux.

His most recent Hoover Institution Press book is “Spin Wars & Spy Games: Global Media and Intelligence Gathering” (2018). In this volume, he makes clear that China and Russia’s global media organizations operate as both intelligence-gathering networks and diplomatic outposts. His research and advocacy actively supported a policy (since enacted) to subject Russian and Chinese to the U.S. Foreign Agent Registration Act (FARA).

In 2017, President Barack Obama appointed Dr. Kounalakis to the Fulbright Foreign Scholarship Board in the U.S. State Department’s Bureau of Educational and Cultural Affairs. He has been a Trustee of The Asia Foundation since 2020 and joined the Advisory Board of the Council for International Relations in Greece in 2021.

Dr. Kounalakis is married to Eleni Kounalakis, the former U.S. Ambassador to Hungary and current Lt. Governor of the State of California, making him California’s “Second Partner.” The family has two teenaged boys anagrammatically named Neo and Eon.