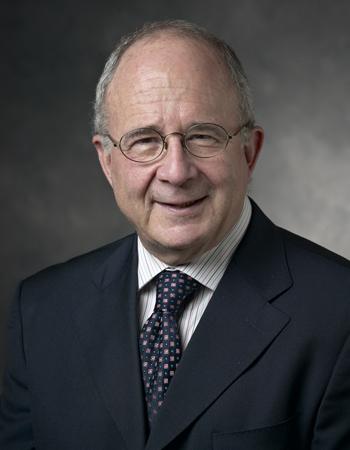 Michael D. Bordo is the Ilene and Morton Harris Distinguished Visiting Fellow at the Hoover Institution. Bordo is a Board of Governors Professor of Economics and director of the Center for Monetary and Financial History at Rutgers University, New Brunswick, New Jersey. He has held academic positions at the University of South Carolina and Carleton University in Ottawa, Canada. Bordo has been a visiting professor at the University of California at Los Angeles, Carnegie Mellon University, Princeton University, Harvard University, and Cambridge University, where he was the Pitt Professor of American History and Institutions. He is currently a distinguished visiting fellow at the Hoover Institution, Stanford University. He has been a visiting scholar at the International Monetary Fund; the Federal Reserve Banks of St. Louis, Cleveland, and Dallas; the Federal Reserve Board of Governors; the Bank of Canada; the Bank of England; and the Bank for International Settlement. He is a research associate of the National Bureau of Economic Research, Cambridge, Massachusetts, and a member of the Shadow Open Market Committee. He is also a member of the Federal Reserve Centennial Advisory Committee. He has a BA degree from McGill University, an MSc in economics from the London School of Economics, and PhD from the University of Chicago in 1972.

He has published many articles in leading journals including the Journal of Political Economy, the American Economic Review, the Journal of Monetary Economics, and the Journal of Economic History. He has authored and coedited fourteen books on monetary economics and monetary history. These include (with Owen Humpage and Anna J Schwartz), Strained Relations: US Foreign Exchange Operations and Monetary Policy in the Twentieth Century (University of Chicago Press, 2014); (with Athanasios Orphanides), The Great Inflation (University of Chicago Press for the NBER, 2013); (with Will Roberds), A Return to Jekyll Island (Cambridge University Press, 2013); (with Ronald MacDonald) Credibility and the International Monetary Regime (Cambridge University Press, 2012); (with Alan Taylor and Jeffrey Williamson), Globalization in Historical Perspective (University of Chicago Press for the NBER,2003). He is also editor of a series of books for Cambridge University Press: Studies in Macroeconomic History.

He is currently doing research on a Hoover Institution book project The Historical Performance of the Federal Reserve: The Importance of Rules, a project on “Bank Lending and Policy Uncertainty”; a project on “Financial Globalization and Financial Crises”; and a project on “Central Bank Credibility and Reputation: A Historical Perspective.”