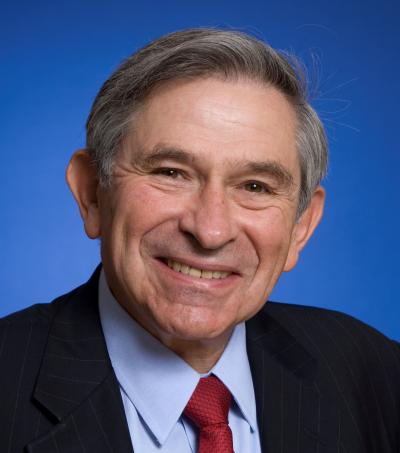 Ambassador Paul Wolfowitz is currently a senior fellow at the American Enterprise Institute and a distinguished visiting fellow at the Hoover Institution. He has spent more than three decades as a public servant and educator, including 24 years in US government service under seven presidents—including four years as US deputy secretary of defense (2001–5). He also served two years as president of the World Bank (2005­–7).

At the World Bank he led the successful implementation of the Gleaneagles debt cancellation and provided record levels of support for the poorest countries, particularly in Africa. He also developed a new World Bank strategy to address governance and anticorruption, as well as new strategies to address the needs of countries facing postconflict emergencies.

As deputy secretary of defense, Ambassador Wolfowitz oversaw the preparation of four regular budgets and four supplemental budgets, which included replacing the Crusader artillery system with precision artillery systems, cancelling the Comanche advanced helicopter to pay for new helicopters needed in Iraq and Afghanistan, and converting Ohio‑class nuclear attack submarines to nonnuclear cruise missile platforms. He also helped develop the Department of Defense’s role in responding to the September 11, 2001, terrorist attacks and to guide the conduct of wars in Afghanistan and Iraq.

Earlier, as director of policy planning at the State Department he helped develop President Reagan’s 1982 Middle East peace initiative. Subsequently, as assistant secretary of state for East Asian and Pacific Affairs under Secretary George Shultz, he was in charge of US policy for the restoration of democracy in the Philippines and for the early stages of the democratic transitions in South Korea and Taiwan, He also assisted President Reagan and Secretary Shultz in their rebalancing of US relations with China and Japan.

As ambassador to Indonesia from 1986 to 1989, Wolfowitz was known for his advocacy of reform and political openness and for his popularity among ordinary Indonesians. He returned to Washington to serve as under secretary of defense for policy (1989­­–93), where he played a central role in the diplomacy and military planning that liberated Kuwait and in the fund-raising effort that defrayed the cost of the war for US taxpayers.

Ambassador Wolfowitz studied mathematics and chemistry at Cornell University and received his PhD in political science from the University of Chicago. He has taught at Yale and Johns Hopkins University and was dean of the Johns Hopkins University School of Advanced International Studies. Ambassador Wolfowitz also served as chair of the US Taiwan Business Council and on the advisory boards of Gilead Sciences, ING Americas, and Isight Partners (since acquired by FireEye) as well as several nonprofits that support veterans and civilian victims of conflict. He is the recipient of several distinguished service awards from the Departments of Defense and State and the Presidential Citizen’s Medal, the nation’s second-highest civilian honor.