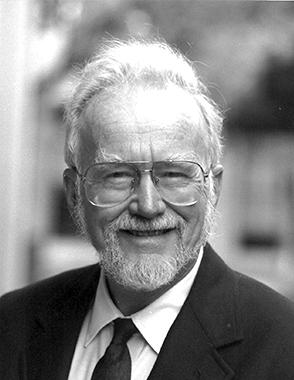 Thomas Gale Moore is an emeritus senior fellow at the Hoover Institution who specializes in international trade, deregulation, and privatization.

His current research focuses on global warming, environmental issues, regulatory issues, and privatization in former communist countries. He is also working on evolutionary psychology and its relationship to religion and economics.

Moore was a member of President Ronald Reagan's Council of Economic Advisers from 1985 to 1989. In this capacity, he supervised a staff of economists who advised the president on trade, tax, regulation, agriculture, transportation, environment, and health issues. During 1968–70, he served as senior staff economist on the council covering regulatory and industrial organization issues.

Moore has written widely for both the popular press and academic journals on economic, political, and law issues.

He also authored Public Claims on US Output (American Enterprise Institute, 1973) and Economics of the American Theatre (Duke University Press, 1968).

Before coming to Hoover, Moore was an associate and then professor of economics at Michigan State University, where he taught graduate courses on economic theory and industrial organization.

Before joining Michigan State he was an assistant professor in the Graduate School of Industrial Administration of the Carnegie Institute of Technology. He has also taught at the Stanford Graduate School of Business and the University of California at Los Angeles.

He attended the Massachusetts Institute of Technology for a year and a half and then enlisted in the US Navy, where he served for four years during the Korean War. After his tour of duty, he received his BA degree from George Washington University and his MA and PhD in economics from the University of Chicago in 1961.