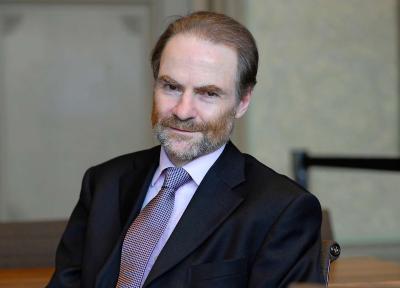 Timothy Garton Ash, a senior fellow (adjunct) at the Hoover Institution, is an internationally acclaimed contemporary historian whose work has focused on Europe’s history since 1945. Garton Ash is in residence at Hoover on a part-time basis; he continues his work as professor of European studies and as Isaiah Berlin Professorial Fellow at St. Antony's College, Oxford University.

Among the topics he has covered are the liberation of Central Europe from communism, Germany before and after reunification, how countries deal with a difficult past, global free speech in the age of the internet and mass migration (see the 13-language interactive Oxford University project Free Speech Debate), and the European Union’s relationships with partners, including the United States and rising non-Western powers such as China.  He is currently working on a history of contemporary Europe and leading a major research project at Oxford on Europe's past and future.

His most recent book is a new edition of The Magic Lantern: The Revolution of 1989 as Witnessed in Warsaw, Budapest, Berlin, and Prague (originally published 1990), with a major new chapter covering developments in central Europe over the last 30 years. His previous books include Free Speech: Ten Principles for a Connected World (2016), Facts Are Subversive: Political Writing from a Decade without a Name (2010); Free World: America, Europe and the Surprising Future of the West (2004); The File: A Personal History (1998); In Europe's Name: Germany and the Divided Continent (1993); The Polish Revolution: Solidarity, 1980–82 (1983); and Und Willst Du Nicht Mein Brüder Sein (1981). He coedited Civil Resistance and Power Politics: The Experience of Non-Violent Action from Gandhi to the Present (2009).

Garton Ash is a fellow of the Royal Society of Literature, the Royal Historical Society, and the Royal Society of Arts and has received numerous honors and awards, including the Somerset Maugham Award, the George Orwell Prize, the Order of Merit from Germany, Poland, and the Czech Republic, and honorary doctorates from St. Andrew's University and the Catholic University of Leuven. In 2017 he was awarded the prestigious International Charlemagne Prize of the City of Aachen.

He writes a regular column in the Guardian, which is widely syndicated in Europe, the Americas, and Asia. He is a regular contributor to other periodicals, including the Financial Times.

Garton Ash, who holds a BA and MA in modern history from the University of Oxford, did graduate studies at St. Antony’s College, Oxford, at the Free University in West Berlin, and at Humboldt University in East Berlin.