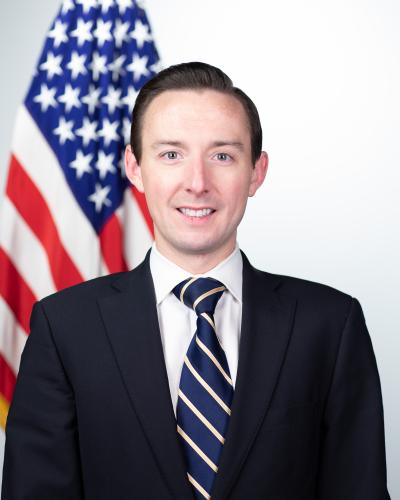 Tyler Goodspeed is a Kleinheinz Fellow at the Hoover Institution at Stanford University. From 2020 to 2021 he served as acting chairman of the Council of Economic Advisers, having been appointed by the president as a member of the council in 2019. In that role he advised the administration’s economic response to the coronavirus pandemic, as well as subsequent economic recovery packages. He previously served as chief economist for macroeconomic policy and senior economist for tax, public finance, and macroeconomics, playing an instrumental role in designing the 2017 Tax Cuts and Jobs Act.

Before joining the council, Dr. Goodspeed was on the faculty of Economics at the University of Oxford and was a lecturer in economics at King’s College London. He has published extensively on financial regulation, banking, and monetary economics, with particular attention to the role of access to credit in mitigating the effects of adverse environmental shocks in historical contexts. His research has appeared in three full-length monographs from academic presses, as well as numerous articles in peer-reviewed and edited journals. Goodspeed has a PhD in history from Harvard University and a PhD in economics from the University of Cambridge. He also received a BA in economics and history from Harvard, an MA in history from Harvard, and an MPhil in economic history from Cambridge, where he was a Gates Scholar. He is currently a member of the American Economic Association and the Economic History Association and an adjunct scholar at the Cato Institute, and was previously a member of the Economic History Society and the Royal Economic Society.