The Trump drawdown of U.S. troops in Europe is not the end of the alliance, but part of a familiar story. America’s military presence has been contested from Week 1—make that February 4–11, 1945. At Yalta, Franklin D. Roosevelt assured Joseph Stalin that the United States would soon depart from Europe. Its troops—three million at the peak—would all be gone in two years. 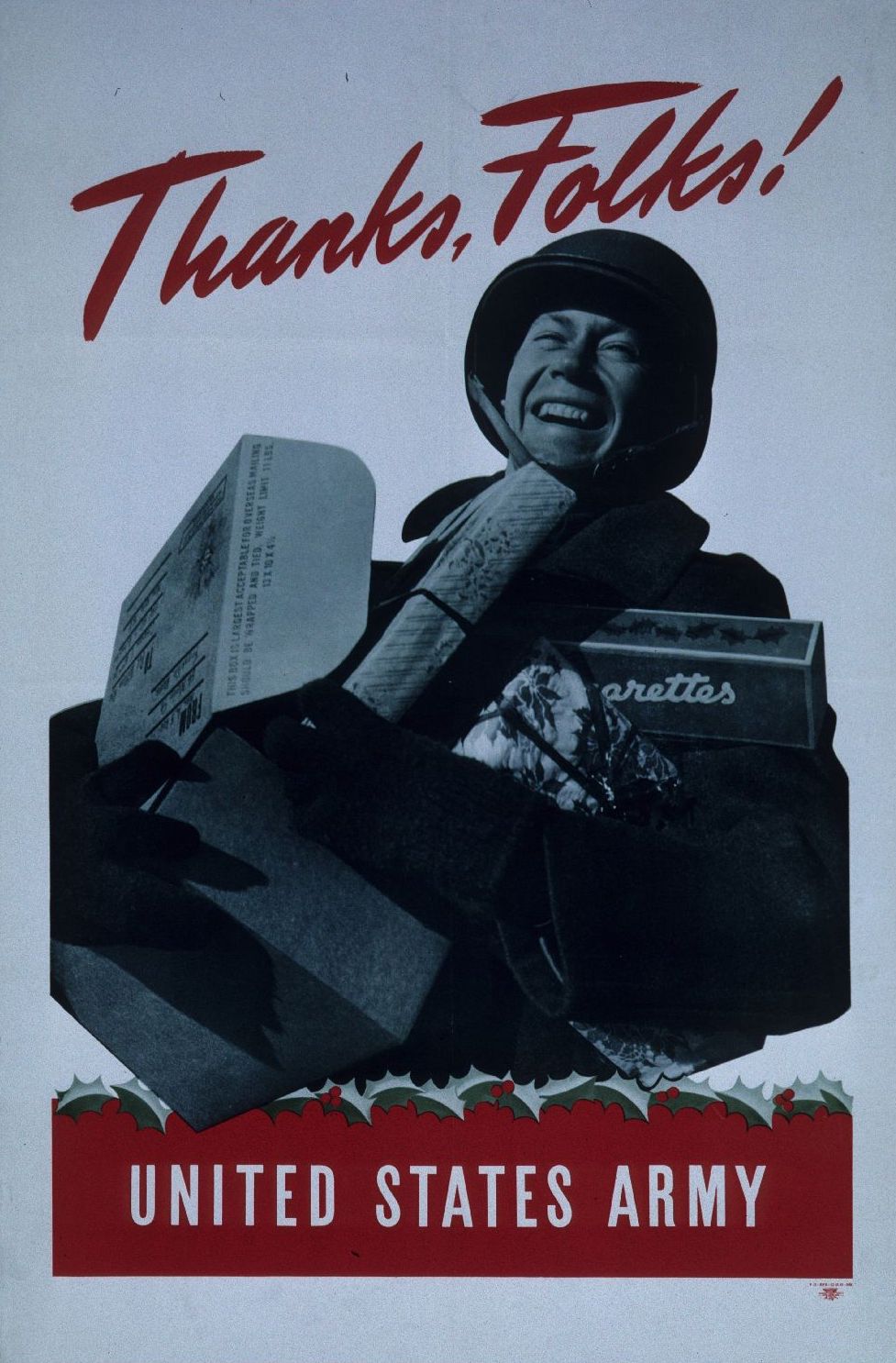 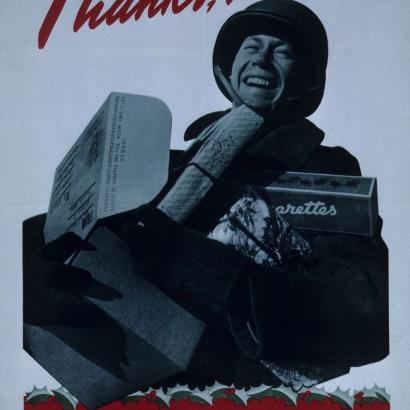 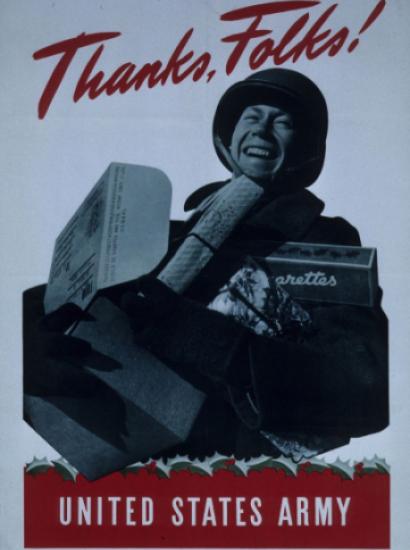 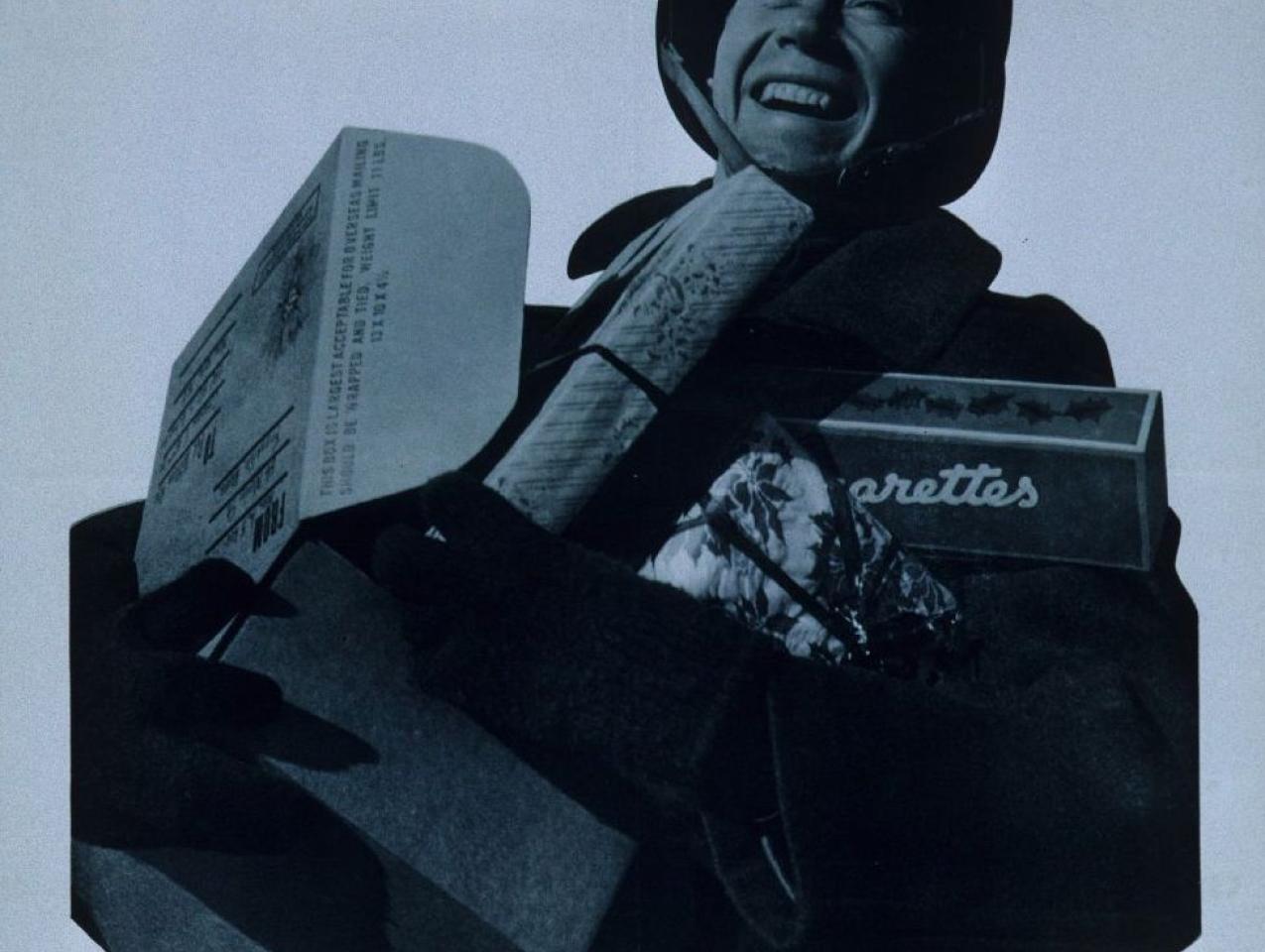 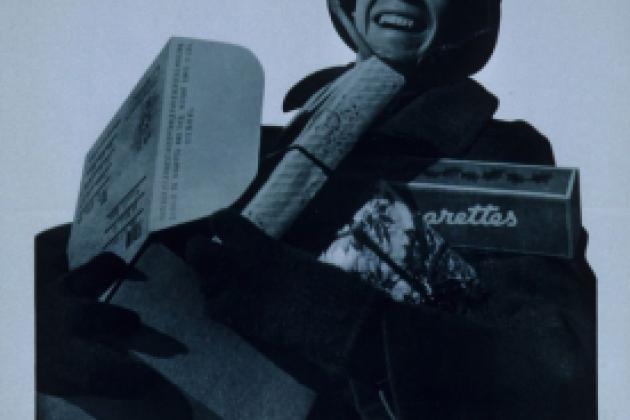 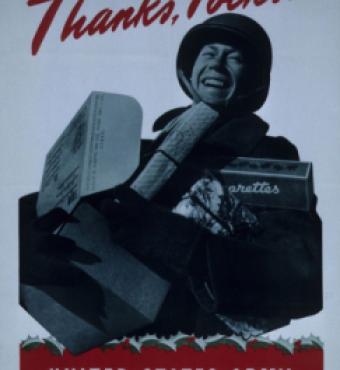 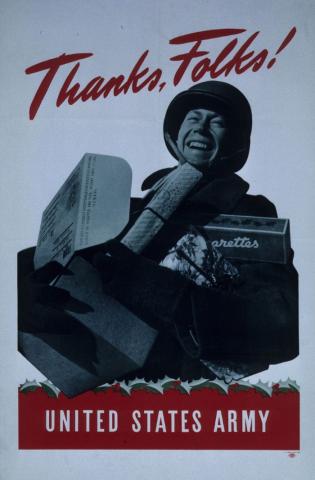 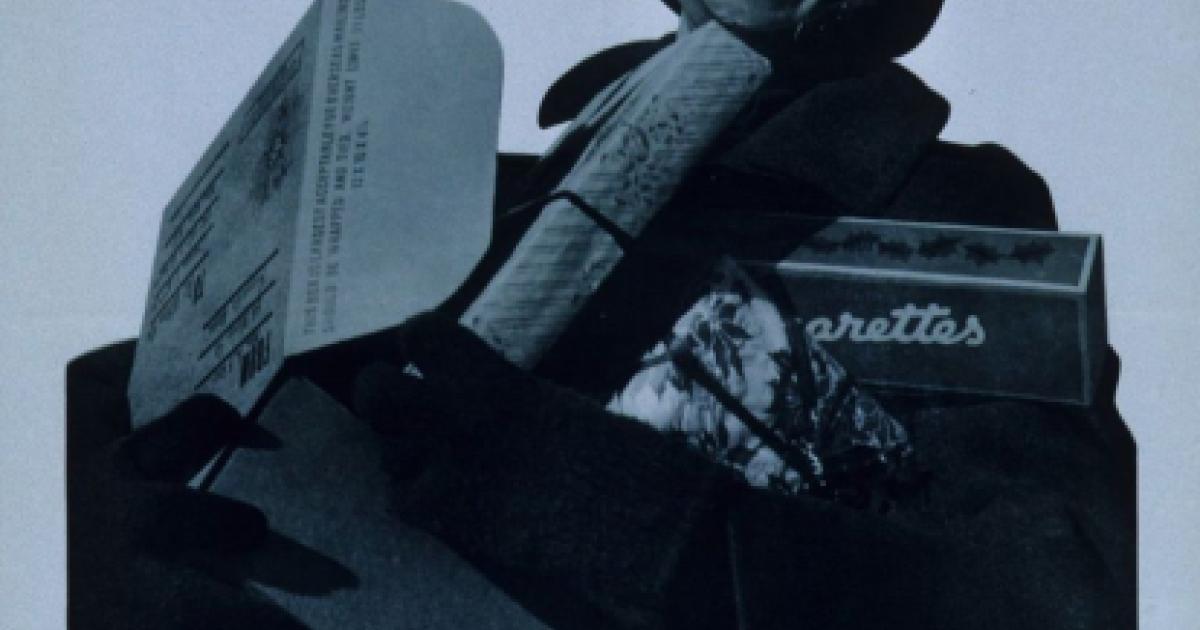 The Trump drawdown of U.S. troops in Europe is not the end of the alliance, but part of a familiar story. America’s military presence has been contested from Week 1—make that February 4–11, 1945. At Yalta, Franklin D. Roosevelt assured Joseph Stalin that the United States would soon depart from Europe. Its troops—three million at the peak—would all be gone in two years.1 Nor would the U.S. assume the burden of “reconstituting France, Italy and the Balkans...It is definitely a British task.”2 At the end of WWII, it was back to the future of 1919. Europe would again be on its own.

As late as 1949, when the Cold War was already in full swing, abandonment was reaffirmed. At a Senate hearing on the NATO Treaty, Secretary of State Dean Acheson was asked whether the U.S. would “send substantial numbers of troops over there as a more or less permanent contribution.” Acheson replied: “The answer...is a clear and absolute NO!”3 Famous last words. U.S. troops are still in Europe—a lifetime after FDR told “Uncle Joe” that they would be gone in two years.

None of Donald Trump’s predecessors ever bad-mouthed NATO as “obsolete.” But threats of retraction have been routine. The most famous one was John Foster Dulles’ “agonizing reappraisal” of 1953 if the Europeans did not mount a common defense, then known as “European Defense Community.” The French scuttled the project because they would not get into bed with their German archenemy. The U.S. stayed nonetheless. Indeed, by then, the troop level had risen from a low of 100,000 in 1950 (Army and USAF) to 284,000. The peak was 320,000 in Germany alone—at the height of the Berlin Crisis in 1962.4

Donald Trump’s drawdown, as announced in 2020, is also old hat. By 2004, under George W. Bush, the U.S. presence had melted down to 80,000. Eight years later, Barack Obama cut it by some 10,000, explaining that “free riders aggravate me.”5 Obama just did it without fanfare and blackmail à la Trump, which in so many words ran: “Pay up, or we pull out.”

So, Mr. Trump is in good company. The only new part of this old story is a lateral move—out of Germany and into Poland with some thousand GIs. Currently, there are 62,000 all over Europe, more than half in Germany. That is one-fifth of the historical maximum. What is the moral of this topsy-turvy tale?

One, the U.S. remains a European power, whether at 320,000 or 62,000. SACEUR [Supreme Allied Commander Europe], the commander of NATO forces, is still an American [General Tod D. Wolters]. There are some 200 U.S. nuclear weapons in the theater—down from a peak of 6,000. Though a tiny number, these nukes are a lot more valuable than UK and French systems because they would force an aggressor to attack American nukes backed up by thousands of strategic warheads. Such a decision will not be taken lightly. So, the couplings continue to hold.

Two, numbers, alas, do matter. 62,000 U.S. soldiers strewn across 11 countries do not an autonomous fighting force make. These units constitute an archipelago that would require massive reinforcements from the U.S. to jell into a real war-fighting capability. They are “tripwires” that might trigger a full-fledged counter-offensive if the U.S. cavalry rides to the rescue.

Three, American troops are in the wrong place to deter a Russian foray. The bulk, as always, is deployed in Germany where a vastly larger force once guarded the “Fulda Gap,” a natural invasion route for Soviet tank armies. Today, the likely front line is Poland’s Eastern border, some 1,400 km from western Germany, where most U.S. forces are located—and even farther away from Latvia and Estonia abutting directly on Russia.

Four, there is the enduring gap between strategy and politics. Logically, 500 million wealthy Europeans should have reacted to U.S. withdrawal symptoms by mounting a credible defense on their own. Naturally, they cashed in their peace dividends after the collapse of the Soviet Union in 1991. Take Germany, the largest and richest EU member. It cut its troop strength from 500,000 to 180,000, its tank force from 3,000 to less than one-tenth that size. And why not? Once the pre-destined battlefield, they could now shelter behind their East European NATO allies. Belarus and Ukraine, now autonomous, provided an additional buffer. Suddenly, Russia was very far away.

No more, what with Putin forging into Ukraine, extending his covetous hand to Belarus, and pressuring the Baltics. It is a twin wake-up call. As the U.S. went into retraction under Obama, Russia is back to expansionism. True, the Europeans have been rearming modestly since 2014, but they are a long, long way from an e pluribus unum in matters of defense. Twenty-seven do not add up to one. And Brexit Britain, with remnants of a global vocation, is out of the equation.

Five, the bottom line. As in the past 70 years, a weakening American commitment does not produce what strategic reason would demand—and what Messrs. Obama and Trump may have hoped for. Europe is not likely to grow into a strategic actor commensurate with its vast resources.

What are the implications for U.S. policy, be it under Trump II or Biden I? “Pay up, or we pull out” does not galvanize the Europeans, as the past suggests. On the other hand, the U.S. now has bigger fish to fry in this new “Two-And-A-Half Power World.” America is still on top, but China is out to expel from it from the penthouse of global predominance. Russia is the half-superpower. Deficient in terms of economics and demography, Putin’s Russia superbly plays a weak hand, expanding into Eastern Europe, the Middle East, and North Africa.

Having ruled the world for 500 years, Europe seems “out of history,” to deploy a Hegelianism. It does not match towering assets with ambition. But whether beholden to Republicans or Democrats, MAGA or “Come Home, America,” U.S. grand strategy will ignore Europe at its own peril. Half-a-billion people and the world’s No. 2 economy add up to an enormous weight in the global scales. So, in the competition with China and Russia, it is obviously in the American interest to keep Europe on its side.

In this scheme, sheer troop numbers are less critical than American behavior toward its allies of 70 years. True, priorities have changed. China, a resurgent Russia, the Middle East, and North Africa overshadow Europe as a region of concern. But for all the recurrent conflict with the Europeans, America has never treated allies worse than adversaries. Under No. 45, though, Europe turned into a target of opportunity. While alternately flirting with Putin, Xi, and Kim Jong-un, Mr. Trump has played a brutal zero-sum game with the Europeans: I win if you lose, especially in trade. States are no shrinking violets, but respect plus give-and-take goes a long way with long-time allies.

Let’s talk hard-headed interests: What’s in it for the United States as it peers into the future of its military presence in Europe—and Germany in particular? The worst case is “Good-bye, Europe,” as FDR intimated to Stalin in 1945. Let’s imagine an escalatory spiral where the U.S. keeps punishing and humiliating Germany, exacting tribute and trade advantages while pulling out more troops. Berlin digs in while yielding to the classic temptation of weaker partners, which is to compensate for a loss in security by reducing the demand for it. That strategy spells out propitiation of Russia and China, with allies turning into intermediaries. In anger, the U.S. pulls an FDR and bolts from Germany, the linchpin of the strategic order. If America’s forward base in Germany goes, so will NATO.

It would not be smart to go down that treacherous path. In many American eyes, on the left and the right, the U.S. is supposedly doing the Europeans a costly favor by protecting them at a steep discount. Look again, and the ledger is not lopsided after all. On a practical level, regard Ramstein Air Force Base in western Germany as pars pro toto. It is a critical American hub not only for European, but also global operations.

From there, the U.S. monitors the air space from the Arctic to the Antarctic. From Ramstein and a string of other bases in Germany, the U.S. has deployed troops and aircraft to various theaters like Iraq or Libya. Ramstein has acted as operations center for drone strikes in Pakistan, Afghanistan, and Somalia. Ramstein is the HQ for USAF Europe and Africa. It hosts AIRCOM, NATO’s Allied Air Command. The endless list keeps stressing the obvious. Ramstein et al. are not just outposts, but fixtures of America’s global primacy.

Mr. Obama started the troop cuts, and Mr. Trump has been doubling down. So, a hostile divorce? Think again. Why would Berlin tear up its U.S.-issued reinsurance policy if a purely European defense remains pie in the sky? Why would Washington ditch a precious strategic asset that underpins its global status? So, in Forrest Gump’s immortal words: “Stupid is as stupid does.”

Luckily, the facts do not bear him out. In Ramstein, the U.S. is building the largest military hospital outside the country for a cool billion dollars—with 5,000 rooms and 9 operating theaters, to be completed in 2024. Why build if you intend to bolt? And then at a time when Russia is pressing westward and China is pushing forward its New Silk Road into Europe? Why did Mr. Trump organize two huge NATO exercises to demonstrate American readiness to fight along with its allies: Trident Juncture in 2018 and Defender Europe in 2020? (COVID-19 stopped the U.S. deployment.)

If the Alliance were indeed “obsolete,” Mr. Trump would not dispatch a battle group to Poland—right into harm’s way. FDR believed in “Uncle Joe”; nobody has such illusions about Vladimir Putin who is pumping fresh life-blood into the old lady NATO. Alliances do die, but rarely when threats are rising. Soaring across the Atlantic, mutual contempt does not have a place in the cold-eyed strategic calculus of nations. At least, it should not when the stakes are growing and alternatives—Europe and America home alone—are worse than a rocky marriage.