Hoover fellow Michael McFaul, who has the president’s ear on Russia, argues that promoting freedom is both moral and wise. 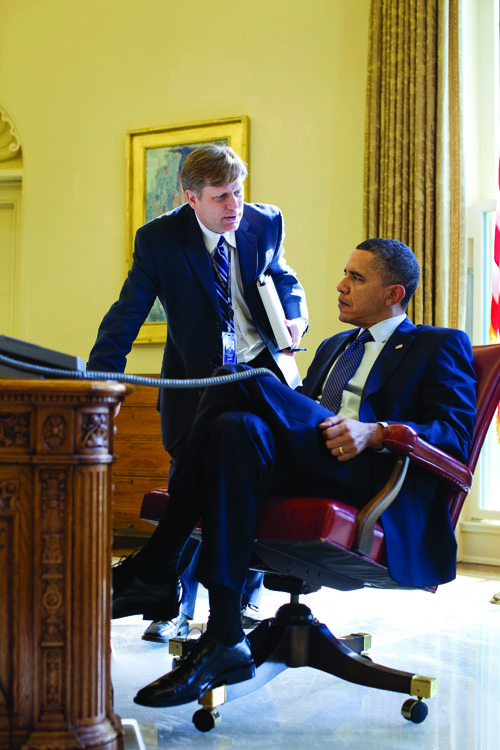 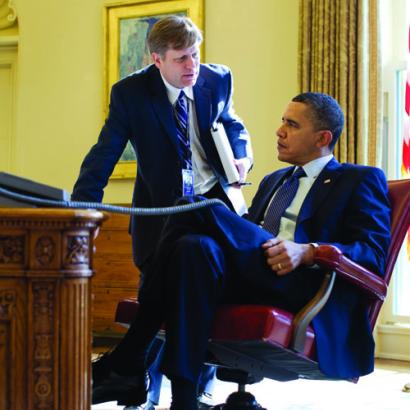 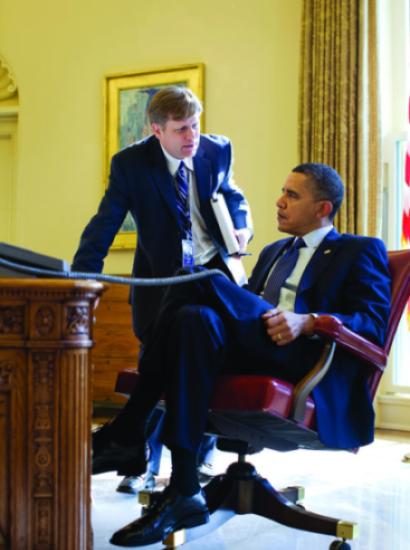 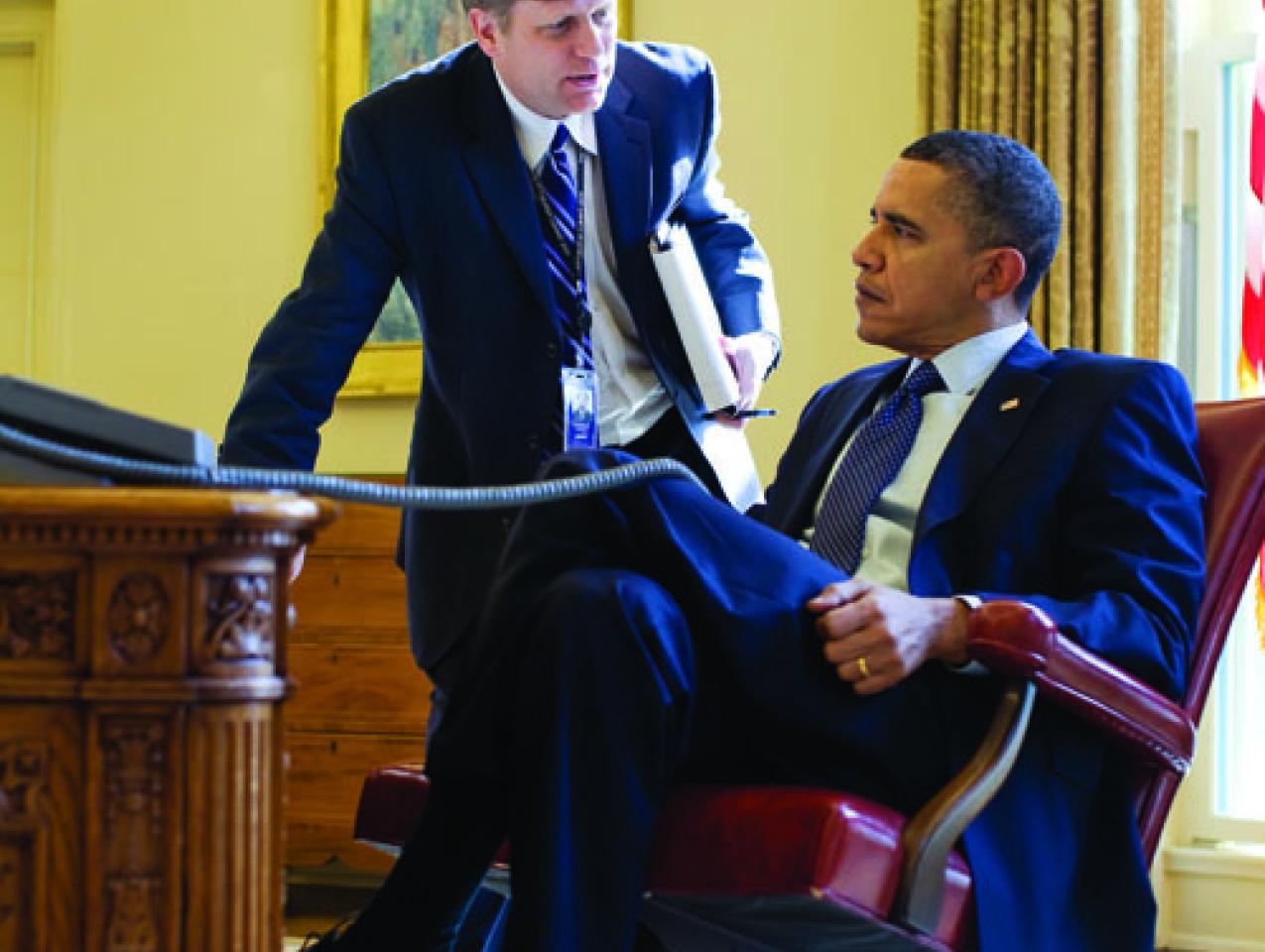 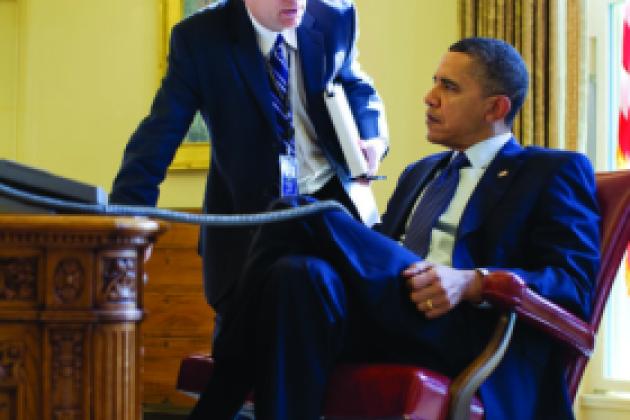 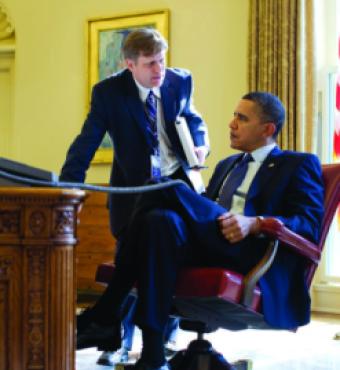 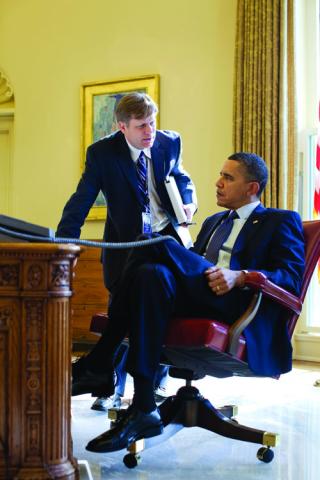 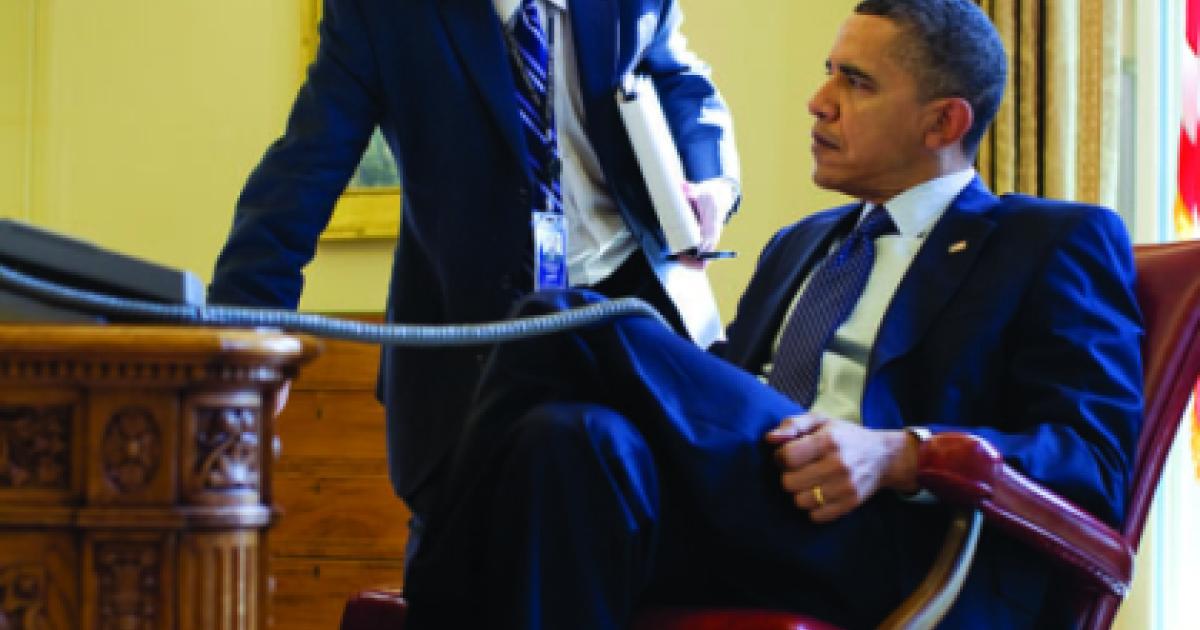 Michael McFaul, Hoover’s Peter and Helen Bing Senior Fellow (on leave), reportedly has been picked by President Obama to be ambassador to Russia. McFaul, who has written extensively about Russia, served as the president’s senior Russia adviser on the National Security Council and is a key figure in the administration’s efforts to “reset” relations with Moscow. Last year, in his book Advancing Democracy Abroad: Why We Should and How We Can, written before he joined the Obama administration, McFaul looked into how promoting democracy and human rights amount to prudent foreign policy. Here is an excerpt from that book.

The direct security and economic benefits of such a moral foreign policy are hard to measure. Famines, genocide, and state collapse often end up costing the United States financially and have even pulled America into conflict, as in Somalia and Haiti in the 1990s. So investing in democratic government in other countries today can be thought of as helping to prevent more costly interventions in the future.

Less direct but more important over the long haul, a more moral U.S. foreign policy increases America’s standing in the world, which in turn increases its leverage in all issues of international politics, including those with more direct consequences for U.S. national security and prosperity. Especially after the United States emerged as a world power, other countries were willing to accept American leadership because of a genuine belief in the American commitment to “doing good” in the world. U.S. leaders were allowed to take the lead in building international institutions that benefited American security and prosperity in part because the United States was the most powerful country in the free world, but also because other leaders trusted the United States as a moral force for good. Conversely, U.S. foreign policies that have undermined American commitment to democracy—supporting autocrats, undermining democratically elected leaders, or ignoring international human rights norms—have weakened American influence and standing.

Moreover, Americans—policy makers and citizens alike—may gain some sense of satisfaction in seeing their country do the right thing, or stand on the right side of history. Although impossible to measure, the feeling of pride or contentment with one’s country’s international standing must register as a benefit to the American people.

ENGAGING WITH (AND COERCING) THE AUTOCRATS

In practice, American leaders who seek democratic change have pursued confrontation against certain countries—those with strained relations with the United States—but engagement with others, America’s friends and allies. This foreign-policy hypocrisy is accentuated when presidents actively use coercive tools to promote regime change in the first category of nations but not the second. President Reagan provided financial and military assistance to “freedom fighters” seeking to undermine communist regimes in Angola, Afghanistan, Nicaragua, and Cambodia but did not extend such support to freedom fighters in Indonesia, Mexico, Taiwan, or South Africa. President George W. Bush’s “axis of evil” speech threatened autocratic regimes in Iraq, Iran, and North Korea but conspicuously left Pakistan, Egypt, and Saudi Arabia off the list. 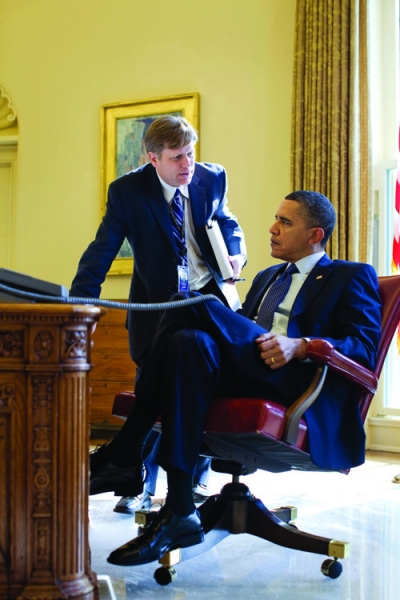 This bifurcated strategy has produced uneven results. Although useful perhaps for achieving other American policy objectives, coercive strategies such as military force or sanctions have seldom worked as instruments for promoting democracy in autocracies antagonistic to the United States. More generally, periods of high tension or disengagement between the United States and authoritarian foes rarely facilitate internal democratic change in these countries; more often they create a pretext for greater levels of political repression.

On the other hand, policies of engagement with autocratic foes have sometimes created conditions that permit democratization.

U.S.-Soviet relations are illustrative. The conventional story about the collapse of the Soviet Union celebrates Reagan for using a military buildup and the threat of “star wars” missile defenses to pressure Moscow to change. In fact, it was Reagan’s own secretary of state, George P. Shultz, who recognized the folly of isolation and the necessity to engage both the Soviet leaders and Soviet society. As Shultz wrote in his memoirs about the start of 1983, “I wanted to develop a strategy for a new start with the Soviet Union. I felt we had to try to turn the relationship around: away from confrontation and towards real problem solving.” Shultz’s new strategy met resistance but he was “determined not to hang back from engaging the Soviets because of fears that the ‘Soviets win negotiations.’ ” In re-engaging Moscow,

We were determined not to allow the Soviets to focus our negotiations simply on matters of arms control. So we continuously adhered to a broad agenda: human rights, regional issues, arms control, and bilateral issues.

Once Mikhail Gorbachev came to power, Shultz’s strategy reaped benefits. As relations between the United States and the Soviet Union became less confrontational and more cooperative, Gorbachev felt more emboldened to pursue radical political and economic reform. He announced his most revolutionary democratic reforms at the nineteenth conference of the Communist Party of the Soviet Union, in June 1988—years after the thaw in U.S.-Soviet relations had begun, and a month after Reagan’s historic trip to Moscow. By that time, Reagan was not seeking to confront the “evil empire” but instead was developing a friendly, personal relationship with the Soviet leader. Shultz and Soviet Foreign Minister Eduard Shevardnadze established a similar bond. To be sure, the United States continued to supply Stinger missiles to anti-Soviet insurgents in Afghanistan and Reagan went out of his way to demonstrate solidarity with people in the Soviet Union being persecuted for their religious and political beliefs. But compared to the hostile and tense atmosphere surrounding American-Iranian relations today, U.S.-Soviet relations at the dawn of political liberalization inside the USSR were downright friendly.

President George H. W. Bush continued to support Gorbachev, not wanting to weaken or undermine America’s trusted friend in the Kremlin. Even after the August 1991 coup had failed and the collapse of the Soviet Union was obvious to everyone, Bush still tried to persuade other European leaders to support Gorbachev and his quest to preserve the USSR.

This relatively benign international context made it easier for Gorba-chev to pursue his radical domestic agenda of change. During this period of warm relations, Gorbachev did not worry that his “enemy” would try to take advantage of his country’s weakness as the USSR underwent its chaotic transformation from communism to something else. A more hostile international environment might have made Gorbachev more cautious. The West’s embrace of Gorbachev made Gorbachev more powerful inside the Soviet Union, at least for a time, in his struggles with both the left and the right.

Along with greater U.S. engagement with the Soviet regime came greater engagement with the democratic opposition inside Russia and the other Soviet republics. The former was a precondition for the latter. During tenser eras in U.S.-Soviet relations, groups such as the National Endowment for Democracy (NED) had found it difficult to operate inside the USSR. As diplomatic relations thawed, however, nongovernmental activity by myriad groups seeking to promote democracy became possible. During that period, nongovernmental organizations such as NED; the National Democratic Institute for International Affairs (NDI), affiliated with the Democratic Party; and the National Republican Institute (now the International Republican Institute, or IRI) received the bulk of their funding from U.S. government sources.

Indirectly, therefore, the U.S. government was using a dual-track strategy to promote democratization within the Soviet Union and then Russia. The degree of engagement or level of resources devoted to aiding the democrats was minuscule, and this assistance began only a few years and sometimes just a few months before the Soviet collapse and the perceived victory of the “democrats.” But the assistance that did flow into the Soviet Union could only have occurred during a period of close relations between Washington and Moscow. During the Cold War, when conflicts with the United States intensified, Soviet internal suppression of dissidents escalated. The same pattern emerged in other communist countries. A similar dynamic has unfolded over the past thirty years regarding U.S. relations with Iran.

HOW TO CHART A BETTER APPROACH

In rethinking the U.S. strategy for supporting democracy in these kinds of countries, the first step must be the expansion of the agenda for government-to-government relations. With Iran, for instance, this means an offer of direct talks with the theocrats in Tehran. Everything must be on the agenda: the prospect of formal diplomatic relations and the lifting of sanctions; the potential supply and disposal of nuclear fuel (from a third-party organization or state); suspension of nuclear enrichment; an end to aid to Hezbollah and Hamas; and a serious discussion about stopping the arrests of students and human rights advocates and the persecution of union leaders and religious minorities. Establishment of new regional security institutions in the region also should be on the table.

With an increasingly autocratic Russia, a new strategy of engagement to support democratic development would require a more comprehensive bilateral agenda that raises issues of mutual concern: preventing weapons of mass destruction from falling into the hands of terrorists, addressing Iran’s nuclear ambitions, reducing nuclear arsenals, securing stable supplies of oil and gas from Russia and Eurasia, discussing European security issues, expanding connections between our societies, and increasing investment opportunities.

Regarding China, a comprehensive and mostly positive bilateral agenda already exists. Without question, U.S.-Chinese relations today are a vast improvement over the twenty-two-year period when no contacts existed. Greater state-to-state engagement has increased societal contacts between Americans and Chinese, including even some contacts with Chinese democratic leaders, independent journalists, and civil society activists. These interactions were much more constrained when the United States and China lacked diplomatic relations. Of course, as the China case illustrates, engaging authoritarian regimes alone does little to promote democratic change. For the strategy to work, U.S. diplomats must practice dual-track diplomacy of the sort practiced by Shultz in dealing with the Soviet Union: simultaneously engaging autocratic leaders in charge of the state and democratic leaders in society.

Historical analogies go only so far, but the general principles of Shultz’s dual-track diplomacy still apply today. Whether engaging Russians to reduce our respective nuclear arsenals or Iranians to end their nuclear enrichment program, Americans must not check their values at the door. Nor should they allow their interlocutors to narrow the scope of bilateral relations to arms-control issues alone. If developed carefully, a more substantive, less confrontational relationship with autocratic regimes such as these can fulfill a necessary condition for beginning a more meaningful dialogue about democracy and human rights. A more substantial government-to-government agenda also will create a more favorable environment for engaging societal forces in these countries pushing for democratic change.

Excerpted from Advancing Democracy Abroad: Why We Should and How We Can, by Michael McFaul (Rowman & Littlefield and Hoover Institution Press, 2010). © 2010 by the Board of Trustees of the Leland Stanford Junior University. All rights reserved.