The CARES Act cannot properly be called a "stimulus" bill. 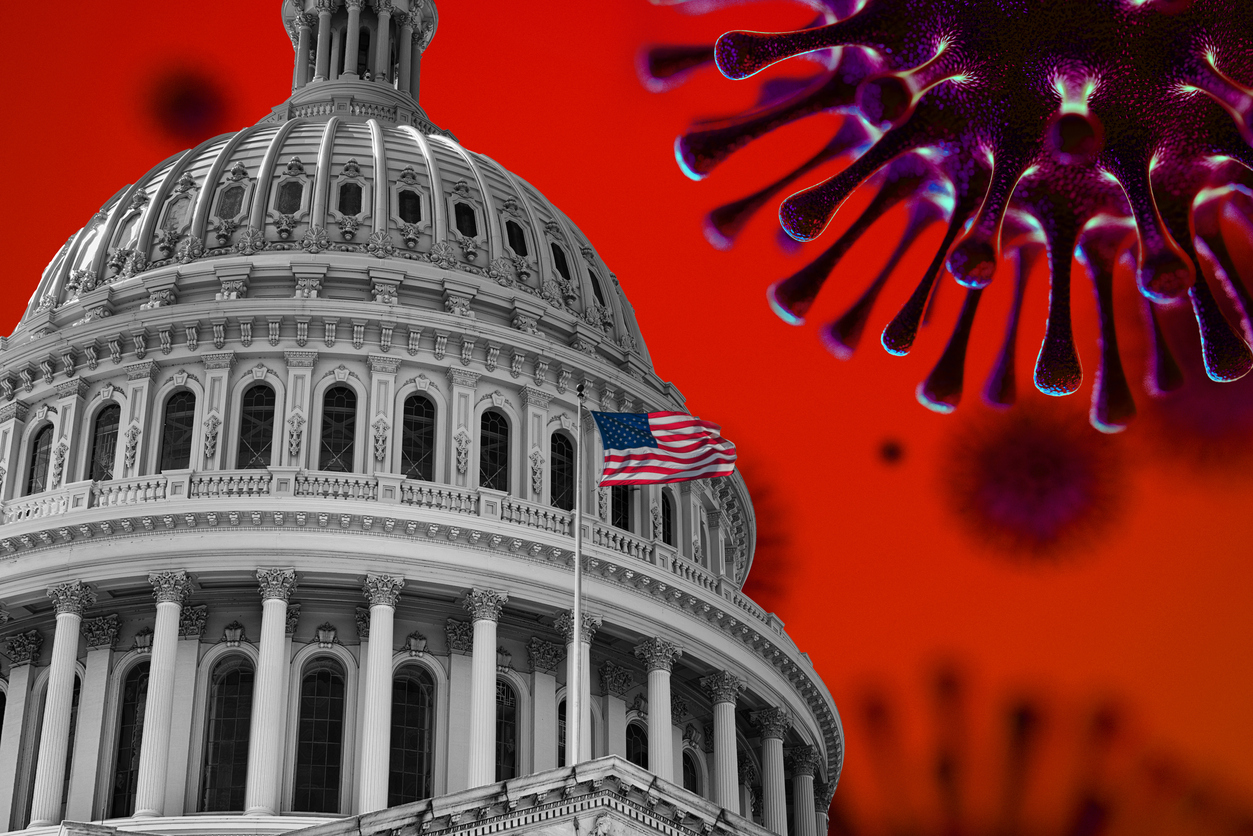 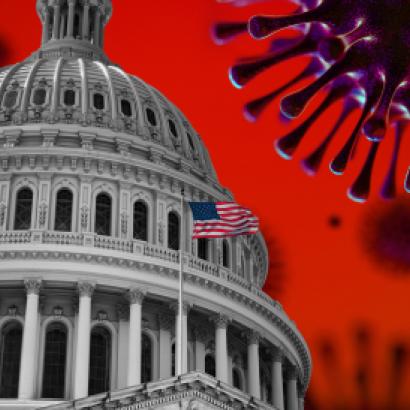 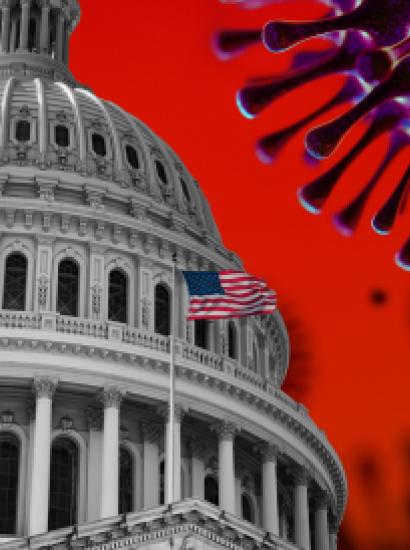 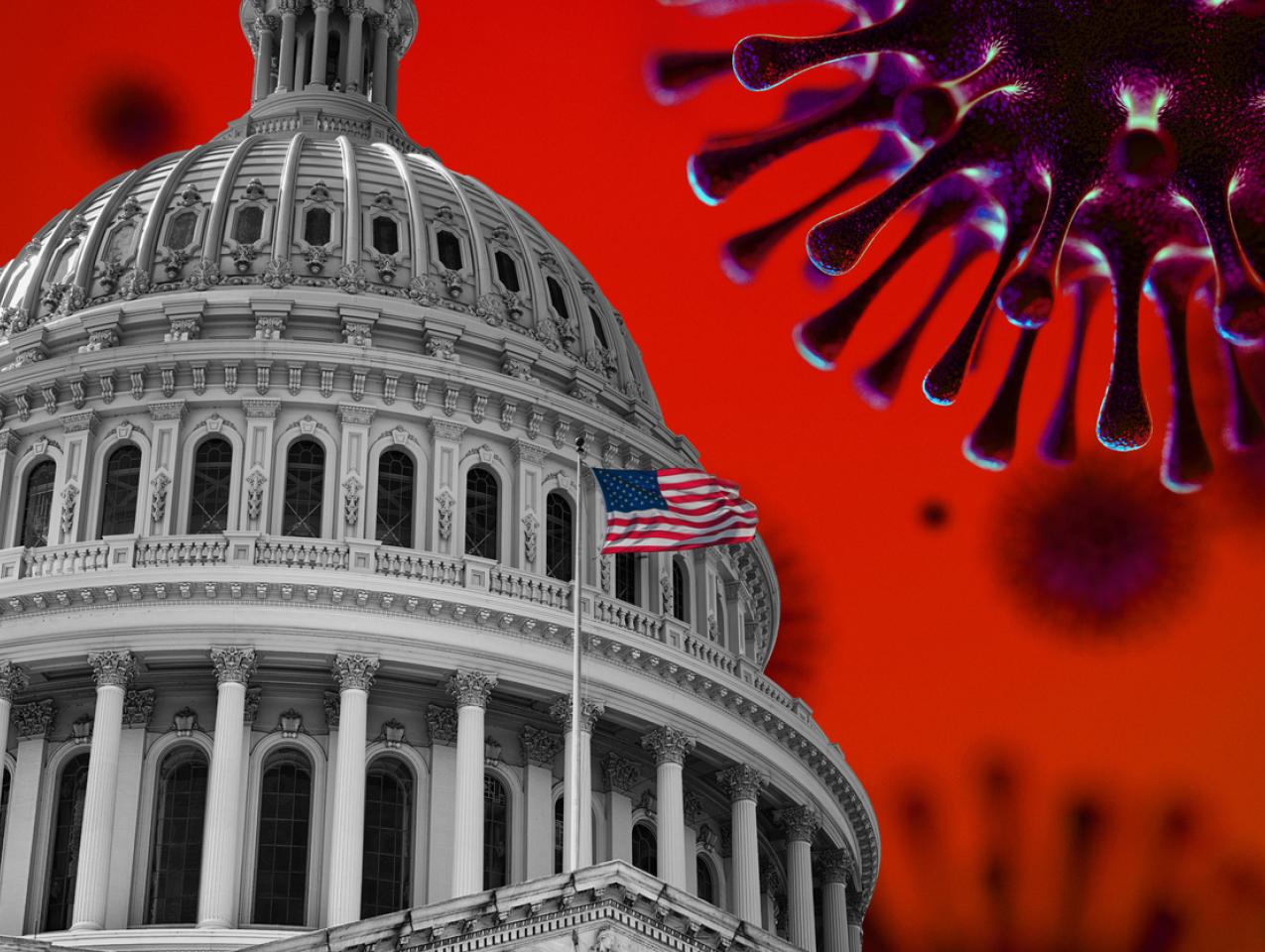 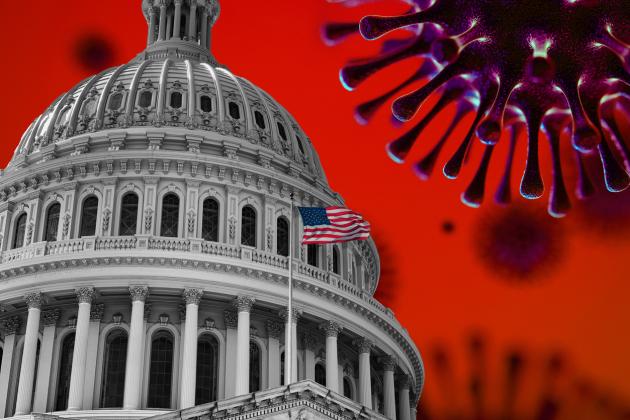 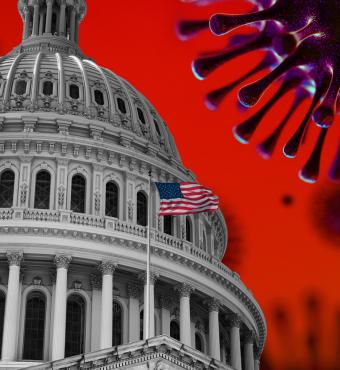 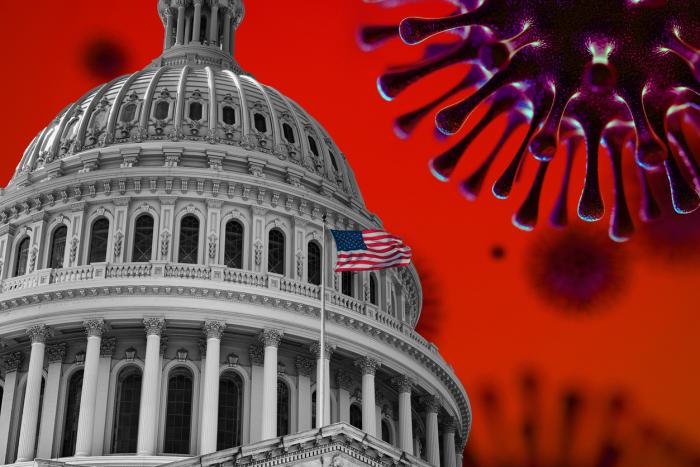 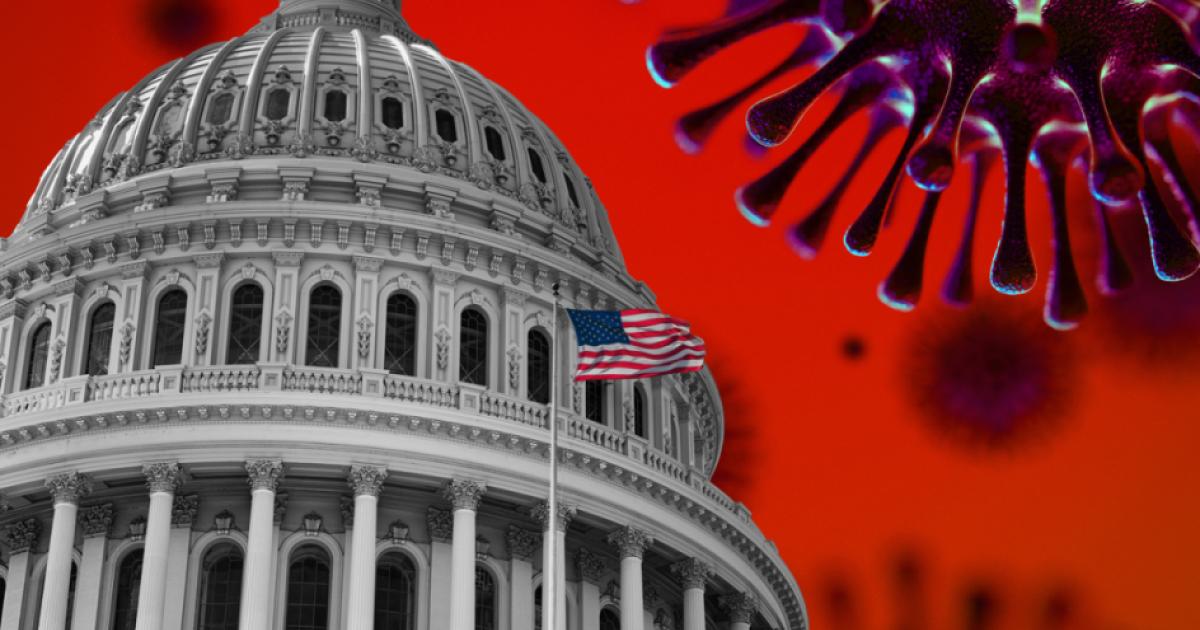 Last month Congress passed a $2.2 trillion “stimulus” bill called the Coronavirus Aid, Relief, and Economic Security (CARES) Act. The Senate passed it by a vote of 96 to 0. The House of Representatives was too cowardly to have a recorded vote but, going by a few Nay voices and a large number of Yeas, the House passed it by a hefty margin.

Like many bills that Congress passes, the CARES Act contained a number of provisions of which many members of Congress are probably not even aware. The CARES Act is kind of like this generation’s USA PATRIOT Act, passed hastily after 9/11, which crimped, and still crimps, our civil and financial liberties.

Yet the CARES Act cannot properly be called a stimulus bill, as an examination of the various provisions shows, nor should it be a stimulus bill. The act really is industrial policy in all but name, with a large dose of cronyism thrown in. One major provision, a federally provided $600 weekly addition to unemployment insurance, will delay a recovery until August. The law is a disgrace and the only person in Congress who comes out looking good is Thomas Massie, a Republican member of the House of Representatives from Kentucky’s 4th Congressional District. Massie insisted on a quorum but failed to get a voice vote.

The usual justification for a stimulus bill is that aggregate demand—the overall demand for goods and services—is  too low to support the aggregate supply of an economy. This is the main idea that Keynesian economists have gleaned from John Maynard Keynes’s 1936 classic, The General Theory of Employment, Interest, and Money. When the economy is in a slump, Keynesians favor fiscal policy: increasing government spending and/or reducing taxes to pump up aggregate demand. Keynes’s views dominated macroeconomic thinking from the late 1940s to the early 1970s. My own view, and that of many economists from Milton Friedman on, is that fiscal policy is less potent than monetary policy.

But whether you favor fiscal or monetary policy to increase aggregate demand, low aggregate demand is not the main problem here. If it is too low, and that’s a big if, then the best solution is an expansionary monetary policy. The big problem is low aggregate supply. What we have is a classic “supply shock” and it’s the biggest one we’ve had in our history. Supply isn’t low because demanders didn’t demand. It is low because suppliers are not supplying.

There are two reasons supply is low. First, the coronavirus itself. Both workers and businesses got nervous about people working at close quarters with others from whom they might contact the virus. The first big move was by Adam Silver, commissioner of the National Basketball Association, who, on March 11, suspended the NBA’s season for 30 days. (Of course, the suspension has lasted well beyond that.) On March 12, the National Collegiate Athletic Association cancelled the NCAA’s March Madness basketball tournament. That same day, the National Hockey League put all remaining games on hold. It’s likely that the coronavirus also caused other businesses we haven’t heard much about to close down temporarily, and that some workers decided not to risk going to work.

The second and more important reason for the reduction in supply is the “lockdowns” that governors of 45 states imposed on their residents. This started on March 19 with California governor Gavin Newsom and spread, as if by a virus, to 44 other states over a period of 2 weeks. As of this writing, only North Dakota, South Dakota, Nebraska, Iowa, and Arkansas do not have a lockdown.

The lockdowns are not simply on restaurants, bars, gyms, and retail outlets, although those have understandably gotten the most attention. They are on all production that the state government officials have deemed to be “non-essential.” That includes many factories. This is the most massive government-imposed reduction of supply in U.S. history, and not by a small margin, but a large one.

Since that’s the problem, the solution seems obvious: allow production. I know the objection to doing so: if governments allow production, then the coronavirus will spread. Addressing that will take me too far afield and I’ll do so in my next article. My point here, whether or not you favor ending the lockdowns, is that this is not an aggregate demand problem. The idea of using fiscal policy to stimulate the economy makes zero sense.

It’s true that state governments don’t have a lot of slack in their budgets, often face balanced budget requirements in their state budgets, and can’t print money. That definitely constrains how much they can compensate their citizens. But virtually every state government has the ability, if the political will is there, to cut massive wasteful programs. In my state, California, one project ripe for cutting is the California High-Speed Rail, which, if it is ever built, will probably be medium speed. James Fallows, writing in The Atlantic, summarized the rail critics’ argument as follows: “It will cost too much, take too long, use up too much land, go to the wrong places and in the end won’t be fast or convenient enough to do that much good anyway.” Other than that, it’s great.

Other states probably have their white elephants also.

Realistically, though, given the federal government’s ability to go into debt and have the Federal Reserve print money, any bailout was going to come from Washington. The relatively clean, straightforward way would have been to give people money and to raise somewhat the percentage of previous wages that workers on unemployment insurance could receive.

But did Congress and the President do this? No. This bailout was particularly perverse. First, it put the federal government in the position of industrial planner. The federal government’s Small Business Administration, with the newly created Paycheck Protection Program, has already lent hundreds of billions of dollars, at an interest rate of 1%, to small businesses. If the businesses keep employees on the payroll for 8 weeks and use the money for payroll, rent, mortgage interest, or utilities, the loans will be forgiven. In other words, a low-interest loan will become a subsidy. So a company that could put a real loan to an optimal use will instead comply with the federal government’s criteria so that it doesn’t have to repay. How was the federal government supposed to choose which firms or industries get the funds? Given how quickly all the funds were lent out, it seems that the main criterion, other than company size, was first-come, first-served.

The second perversity was that, by the very nature of the program, funds went only to already existing firms. The program, therefore, is an attempt to maintain existing patterns of production, and firms that would have been born to satisfy new demands will never see the light of day. Does anyone doubt that the mix of goods and services we want, say, a year from now will differ from what we had in February? In any dynamic economy, that mix changes daily. In the post COVID-19 economy, the change in the mix will be even bigger. I predict fewer people going to movies and bars, for example, and more people watching Netflix and other streaming services.

One other prediction is that for the next year or two, people won’t want to fly as much. That makes the subsidy to airlines one of the worst aspects of the CARES Act. Without subsidies, would some airlines go bankrupt? Absolutely. Would that mean that airplanes would vanish into thin air, so to speak? Absolutely not. Indeed, you have probably flown on airlines that were in bankruptcy. Adding to the dysfunction is that to qualify for the subsidy, airlines must fly a minimum number of times a week, even if they carry few, or no, passengers. So the subsidies cause airlines to waste valuable employee time and millions of gallons of fuel by flying almost empty planes.

Two airlines, JetBlue and Spirit, realizing the idiocy of this, petitioned the Department of Transportation (DOT) to let them drop certain routes. According to the Wall Street Journal, “JetBlue had asked permission to temporarily suspend service to cities including Albuquerque, Minneapolis, Dallas and Houston. Some of those are major hubs for competitors, and JetBlue said it was struggling to fill flights.” The Journal article noted that passenger numbers “have fallen by 95% or more from pre-pandemic levels.” And how did the DOT respond? It denied most of JetBlue’s and Spirit’s requests to cut routes and/or flight frequency. The DOT stated that the airlines had “not persuaded the Department that we must strike a different balance.”

I also note that although in the grand scheme of things, the subsidy was small, it was pure cronyism for Congress, led by House Democrats, to give a $25 million subsidy to the Kennedy Center for the Performing Arts in D.C. Bread and circuses, anyone?

I’ve saved one of the worst provisions of the CARES Act for last: the $600 per week addition to normal state unemployment insurance (UI) benefits through the end of July. This one provision assures that whatever recovery we have, it will not begin until August. If you believe that the federal government should supplement state unemployment benefits, the responsible way to do that would have been to increase benefits as a percentage of previous pay. State unemployment benefits typically cover about 50 percent of previous pay. Putting philosophical objections aside, could it have made sense for the federal government to add, say, 30 percentage points so that UI would cover 80 percent of previous pay? That would have made workers who lost their jobs almost whole, while still maintaining some incentive to work.

But by adding $600 per week, the federal government ensured that over 10 million, and possibly 20 million, unemployed workers would be paid more by remaining unemployed than they would be paid if they return to their jobs. I warned about this on March 25 while the bill was still being debated. Interestingly, a restaurant owner named Maria Martz commented on my post on April 8 that she applied for Paycheck Protection, but that it requires her to retain or rehire the same employees. She then wrote, “My employees will make more money getting unemployment, so why would they want to keep working???” Indeed. She beat fellow restauranteur Kurt Huffman to the punch by 13 days. In the April 21 edition of the Wall Street Journal, Huffman wrote that many of his employees are making hundreds of dollars more per week by staying unemployed than by returning to work. Jamie Black-Lewis, owner of two spas in Washington state, thought she hit the lottery by getting enough money through Paycheck Protection to keep her employees on the payroll. Wrong! Many of them were angry because they realized they would be paid more if she laid them off. Asked the frustrated Black-Lewis, “On what planet am I competing with unemployment?”

It’s worse than that. Some employers, especially those who didn’t sign up in time for Paycheck Protection, have an incentive to fire their employees. Many were keeping their employees on the payroll to maintain good will and to be able to start up quickly when the lockdowns end. But said one corporate executive, Harvey Spevak of Equinox, “We believe most will be better off receiving government assistance during our closure.” The front page Wall Street Journal article in which he is quoted suggests that many employers are reaching a similar conclusion and acting accordingly.

The solution, therefore, is to allow supply. The tragic fact is that none of the CARES Act relaxes any rules that prevent people from working and, especially with the $600 per week UI kicker, actively discourages them from working. From an employment and recovery standpoint, even if state governments relax lockdowns quickly, this is going to be a long dismal Spring.