Are We Smart Enough for Democracy?

Socrates, Aristotle, Woodrow Wilson, Rush Limbaugh, and Jonathan Gruber all agree: The answer is no. But here’s what they’re missing. 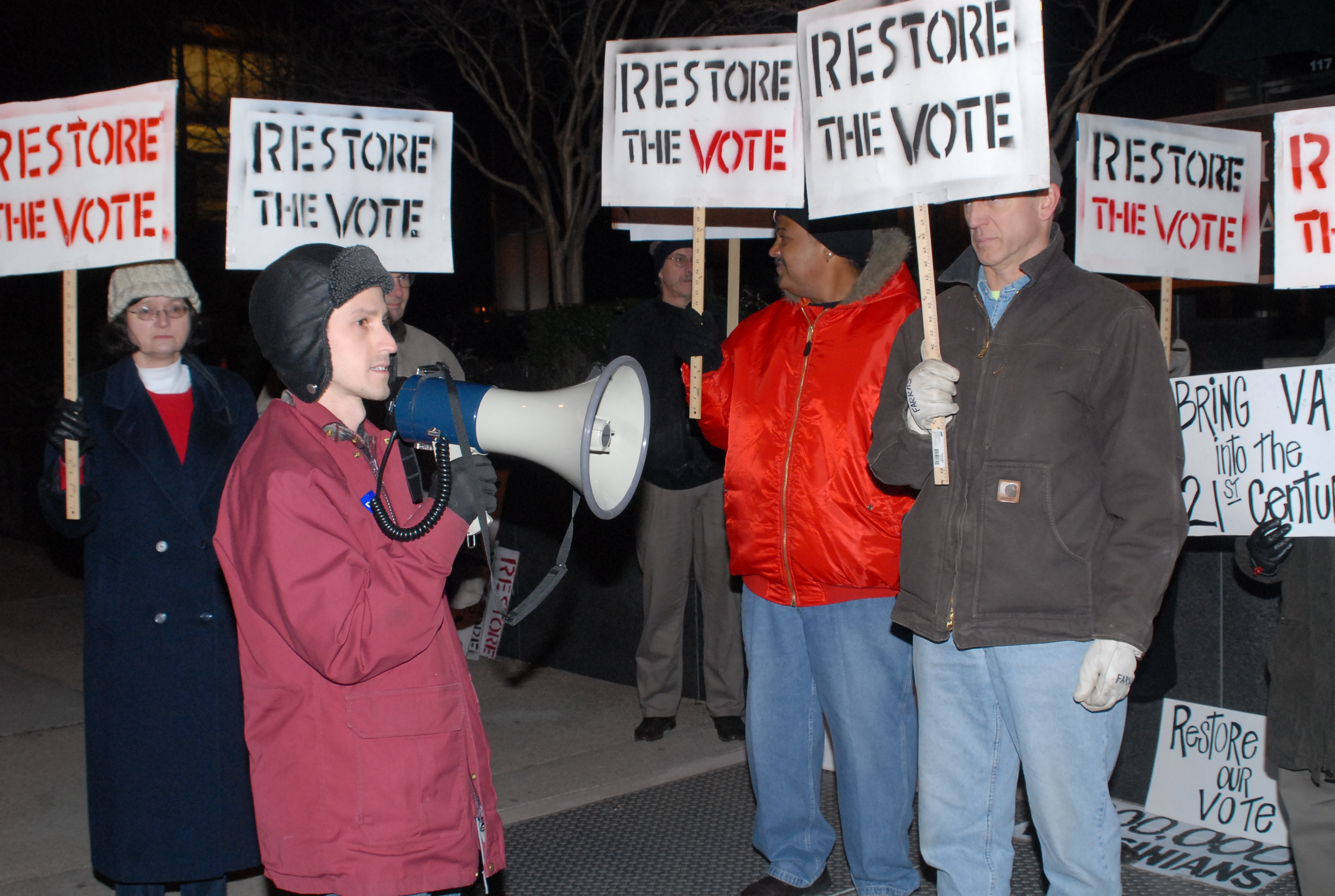 Are We Smart Enough for Democracy? 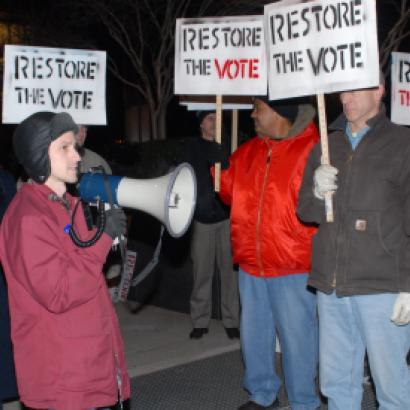 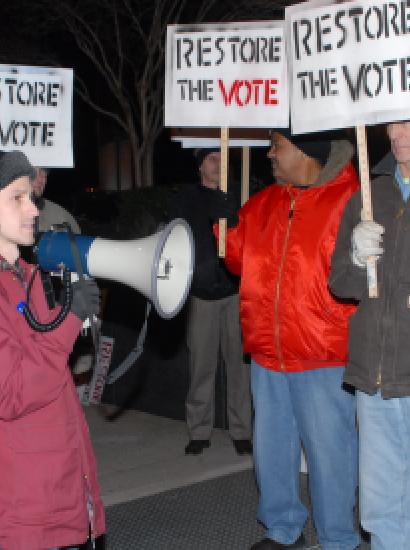 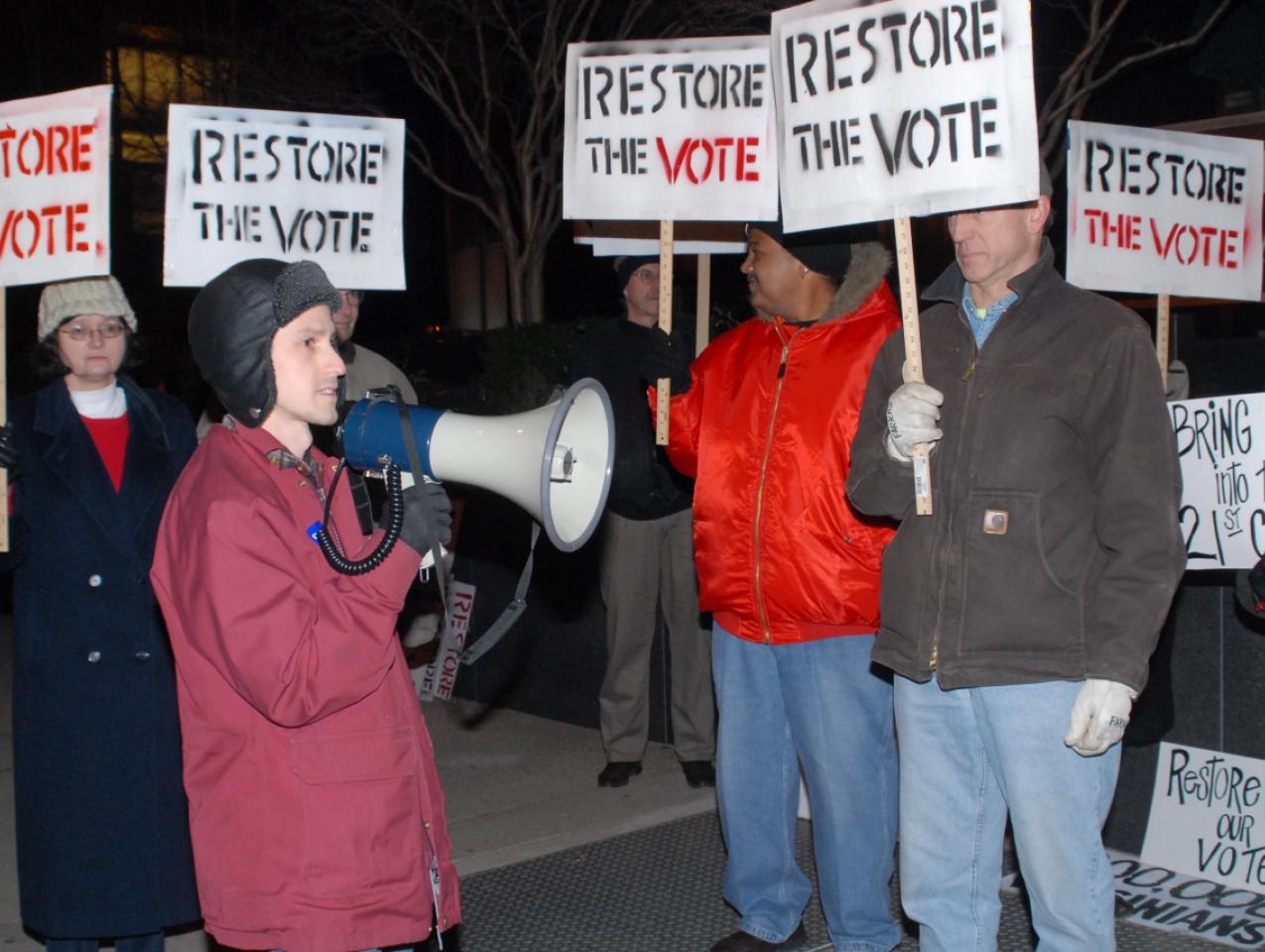 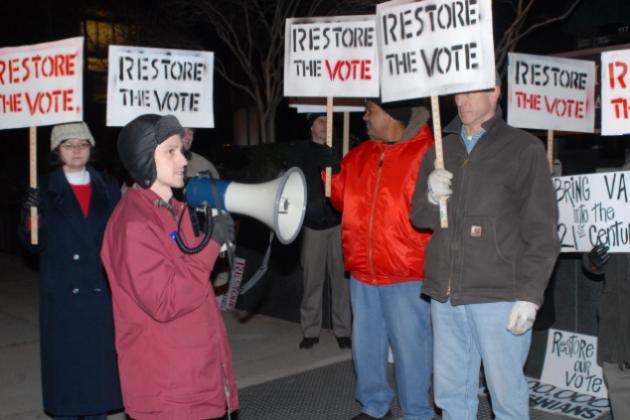 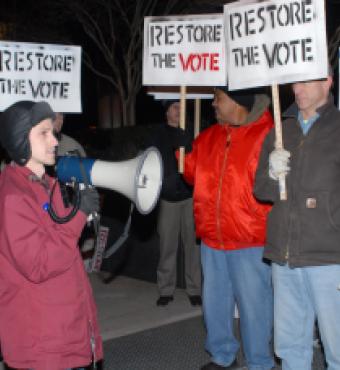 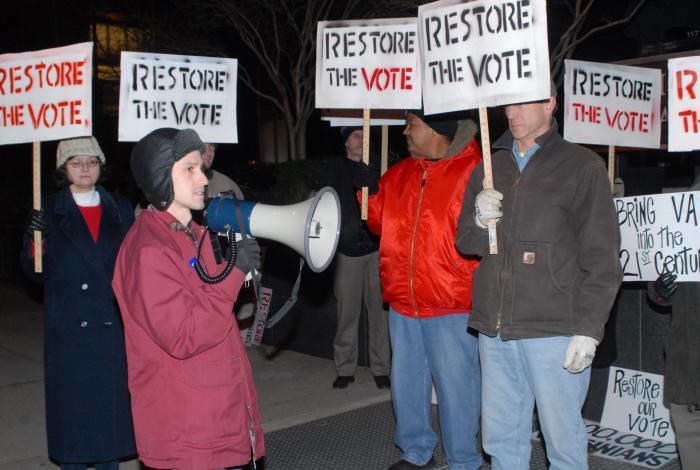 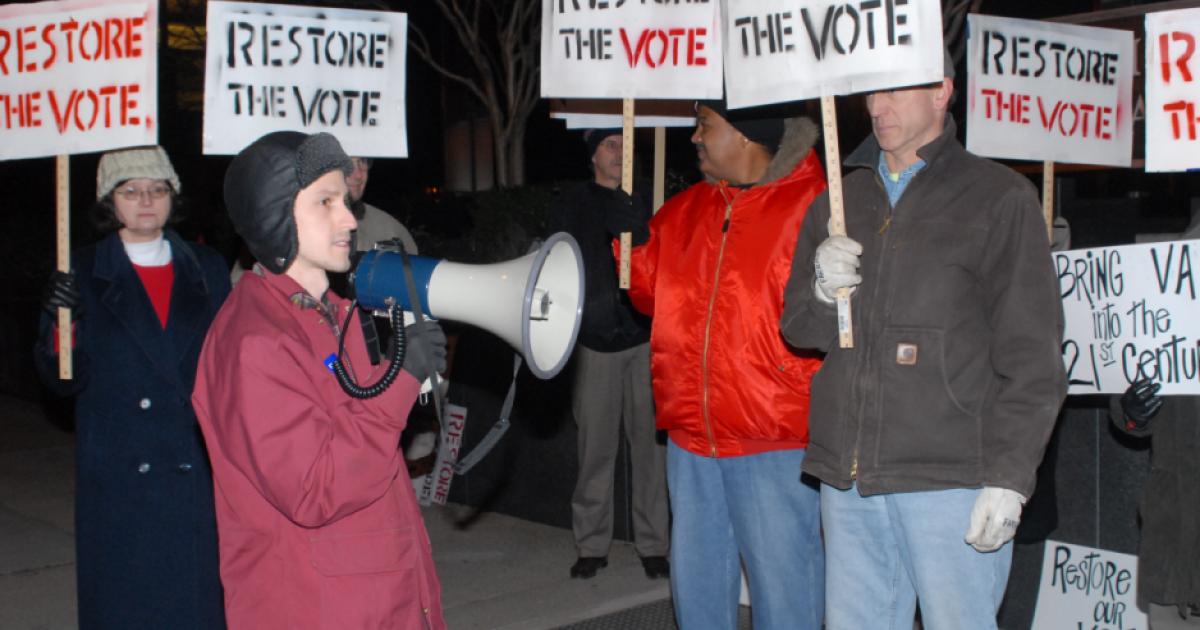 In December, MIT Professor Jonathan Gruber, one of the architects of the Affordable Care Act, had to explain to Congress several remarks he had made about the “stupidity of the American voter,” as he put it in one speech. Conservative radio host Rush Limbaugh frequently uses the more diplomatic phrase “low-information voter” to explain why bad policies or incompetent politicians succeed. And numerous polls of respondents’ knowledge of history and current events repeatedly imply the same conclusion––that the American people are not informed or smart enough for democracy.

This bipartisan disdain for the masses has been a constant theme of political philosophy for over 2,500 years. From the beginnings of popular rule in ancient Athens, the competence of the average person to manage the state has been called into question by critics of democracy. Lacking the innate intelligence or the acquired learning necessary for dispassionately judging policy, the masses instead are driven by their passions or private short-term interests.

The earliest critic of democracy, an Athenian known as the Old Oligarch, wrote that “among the common people are the greatest ignorance, ill-discipline, and depravity.” Aristotle argued that the need to make a living prevents most people from acquiring the education and developing the virtues necessary for running the state. He said the “best form of state will not admit them to citizenship.” And Socrates famously sneered at the notion that any “tinker, cobbler, sailor, passenger; rich and poor, high and low” could be consulted on “an affair of state.”

By the time of the Constitutional convention in 1787, this distrust of the masses had long been a staple of political philosophy. Roger Sherman, a lawyer and future Senator from Massachusetts, who opposed letting the people directly elect members of the House of Representatives, typified the antidemocratic sentiment of many delegates. He argued that the people “should have as little to do as may be about the government,” for “they want information and are constantly liable to be misled.”

Most of the delegates in Philadelphia were not quite as wary as Sherman of giving the people too much direct power, but in the end they allowed them to elect directly only the House of Representatives. Such sentiments were also frequently heard in the state conventions that ratified the Constitution, where the antifederalists’ charge of a “democracy deficit” in the Constitution were met with protestations that the document was designed to protect, as John Dickinson of Delaware put it, “the worthy against the licentious,” the men of position, education, and property against the volatile, ignorant masses.

Unlike earlier antidemocrats, however, the framers of the Constitution did not believe that a Platonic elite superior by birth, wealth, or learning could be trusted with unlimited political power, since human frailty and depravity were universal, and power was of “an encroaching nature,” as George Washington said, prone to expansion and corruption. Hence the Constitution dispersed power among the three branches of government, so that each could check and balance the other. For as Alexander Hamilton said, “Give all power to the many, they will oppress the few. Give all power to the few they will oppress the many. Both therefore ought to have power, that each may defend itself against the other.”

A century later, for all its talk of expanding democracy, the Progressive movement of the late nineteenth and early twentieth centuries promoted a form of rule by elites, dismissing the fear of concentrated power that motivated the founders. The Progressives argued that government by experts was made necessary by industrial capitalism and new transportation and communication technologies, and that the new “sciences” of psychology and sociology were providing knowledge that could guide these technocrats in creating social and economic progress.

Future Progressive president Woodrow Wilson in 1887 argued for this expansion and centralization of federal power in order to form a cadre of administrative elites who, armed with new scientific knowledge about human behavior, could address the novel “cares and responsibilities which will require not a little wisdom, knowledge, and experience,” as he wrote in his essay “The Study of Administration.” This administrative power, Wilson went on, should be insulated from politics, just as other technical knowledge like engineering or medicine was not accountable to the approval of voters. Thus Wilson envisioned federal bureaucracies “of skilled, economical administration” comprising the “hundred who are wise” empowered to guide the “thousands” who are “selfish, ignorant, timid, stubborn, or foolish.”

Like the antidemocrats going back to ancient Athens, Wilson’s ideas reflected contempt for the people who lack this specialized knowledge and so cannot be trusted with the power to run their own lives. Today’s progressives, as Jonathan Gruber’s remarks show, share the same distrust of the masses and the preference for what French political philosopher Chantal Delsol calls “techno-politics,” rule by technocrats.

Thus on coming into office in 2009, President Obama said that on issues like stem-cell research or climate change, he aimed “to develop a strategy for restoring scientific integrity to government decision-making” and to protect them from politics. We hear the same technocratic ideal in one of Hillary Clinton’s favorite talking points, that public policy should be guided by “evidence-based decision making” rather than by principle, fidelity to the Constitution, or virtue. The important question, however, is whether or not political decision-making requires technical knowledge more than the wisdom gleaned from experience, mores, and morals.

Today, this old problem of citizen ignorance and its political role has been worsened by the expansion of the scale and scope of the federal government and its agencies over the last 75 years. Indeed, the complexity of the policies that federal agencies enforce and manage has made Wilson’s ideas about the necessity for government by technocratic elites a self-fulfilling prophecy. In 1960, economist F. A. Hayek made this point about the Social Security program, noting that “the ordinary economist or sociologist or lawyer is today nearly as ignorant [as the layman] of the details of that complex and ever changing system.”

This makes the champions and managers of such programs the “experts” whom citizens and Congressmen must trust, and these unelected, unaccountable “experts” are “almost by definition, persons who are in favor of the principles underlying the policy.” This problem has obviously been magnified by the exponential growth of federal agencies and programs since 1960, the workings of which few people, including most Congressmen, understand.

If we accept, as many do today, that governing is a matter of technical knowledge, then the lack of knowledge among the masses is a problem, given that politicians are accountable to the voters on Election Day. If, however, politics is a question of principle and common sense, the wisdom of daily life necessary for humans to get along and cooperate with one another, then technical knowledge is not as important as those other qualities.

This is the argument made by an early champion of democracy, the philosopher Protagoras, a contemporary of Socrates. Protagoras defended democracy by pointing out that Zeus gave all humans “reverence and justice to be the ordering principles of cities and the bonds of friendship and conciliation.” Political communities could not even exist if “virtues” and “justice and wisdom” were not the birthright of all people. As such, as James Madison wrote in 1792, “mankind are capable of governing themselves” and of understanding “the general interest of the community,” and so should not be subjected to elites, whether defined by birth, wealth, or superior knowledge, which have “debauched themselves into a persuasion that mankind are incapable of governing themselves.”

A big government comprising numerous programs whose workings and structure are obscure to most people has indeed made citizen ignorance a problem. In his detailed analysis of polls taken during the 2012 presidential election, political philosopher Ilya Somin writes in his book Democracy and Political Ignorance, “Voters are ignorant not just about specific policy issues but about the structure of government and how it operates,” as well as “such basic aspects of the U.S. political system as who has the power to declare war, the respective functions of the three branches of government, and who controls monetary policy.”

Though many critics from both political parties complain about this ignorance among the citizenry, solutions generally involve wholesale, and unlikely, transformations of social institutions, like reforming school curricula or correcting the ideological biases of the media.

As Somin points out, however, the modern problem of citizen ignorance is in fact an argument for a much more important reform––a return to the limited central government enshrined in the Constitution. State governments should be the highest level of governmental policy except for those responsibilities Constitutionally entrusted to the federal government, such as foreign policy, securing the national borders, and overseeing interstate commerce. On all else, the principle of subsidiarity should apply––decision-making should devolve to the lowest practical level, as close as possible to those who will be affected by it. The closer to the daily lives and specific social and economic conditions of the voters, the more likely they are to have the knowledge necessary for political deliberation and choice. In this way the cultural, economic, and regional diversity of the country will be respected. And it will be much easier for citizens to acquire the information necessary for deliberating and deciding on issues that impact their lives.

Shrinking the federal government may sound as utopian as transforming our schools or restoring journalistic integrity. The difference, however, is that the federal government and its entitlement programs need money, and our $18 trillion debt, trillion-dollar deficits, and $130 trillion in unfunded liabilities are unsustainable. Sooner or later the time will come when a smaller federal government will be imposed on us by necessity. Perhaps then we will rediscover the wisdom that the smaller the government, the easier it is for us to have enough knowledge to manage it.