Biden Tax Agenda Seeks To Turn Back The “Rising Tide”

Whether as a funding mechanism or a matter of fairness, soaring capital gains rates will fail. 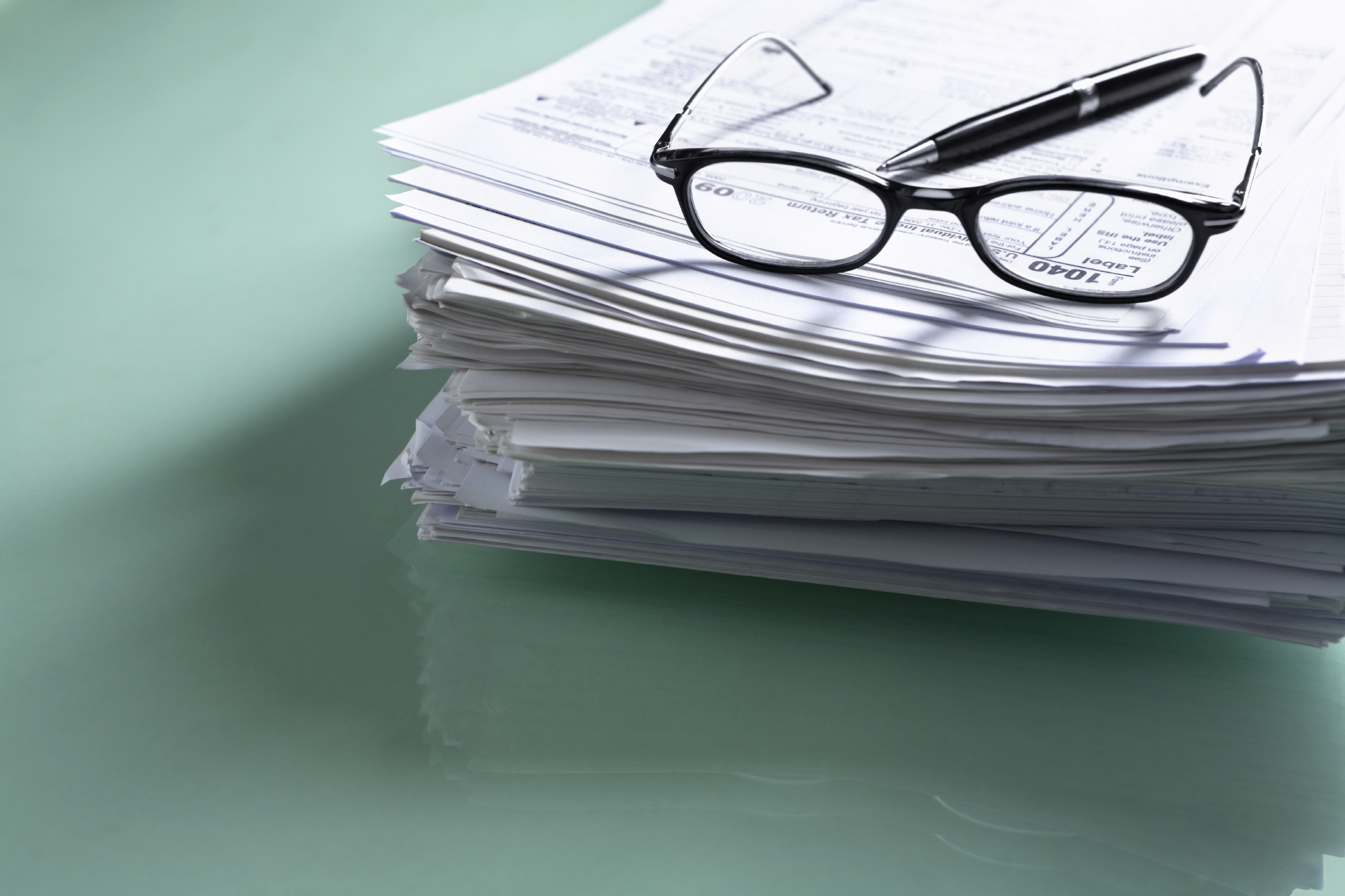 Biden Tax Agenda Seeks To Turn Back The “Rising Tide” 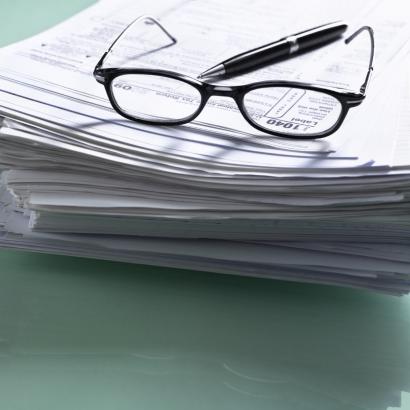 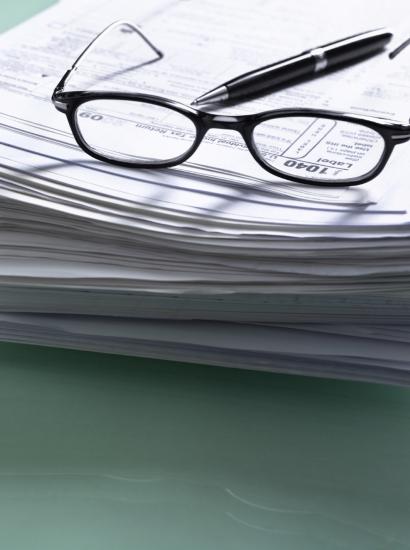 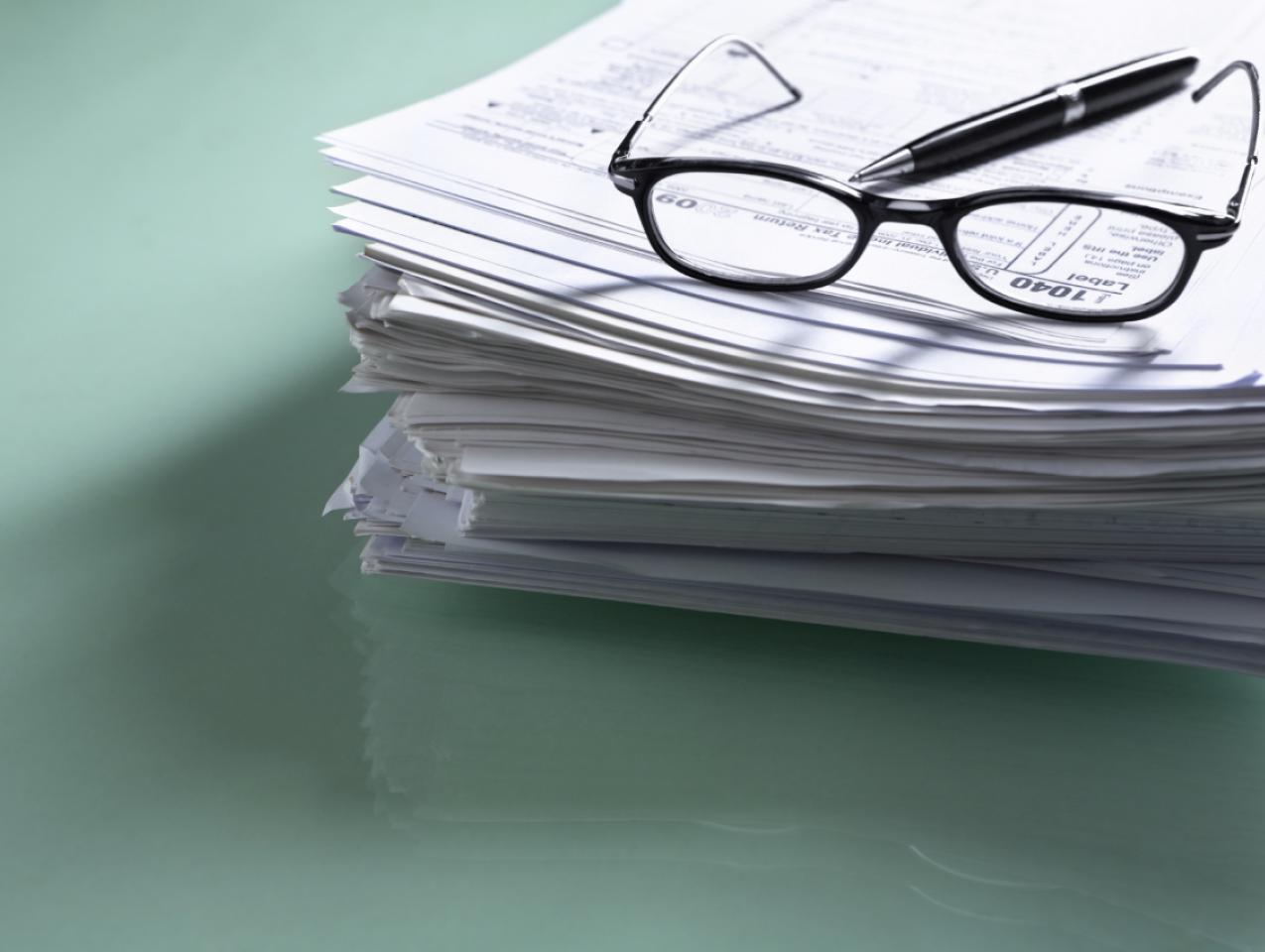 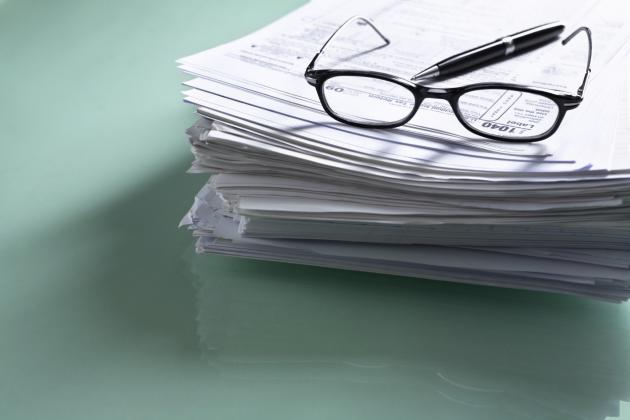 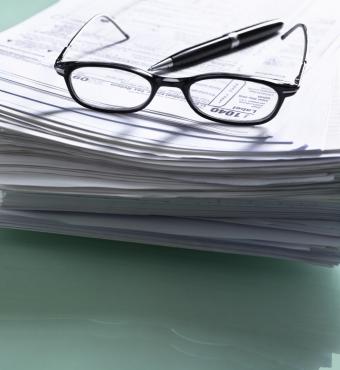 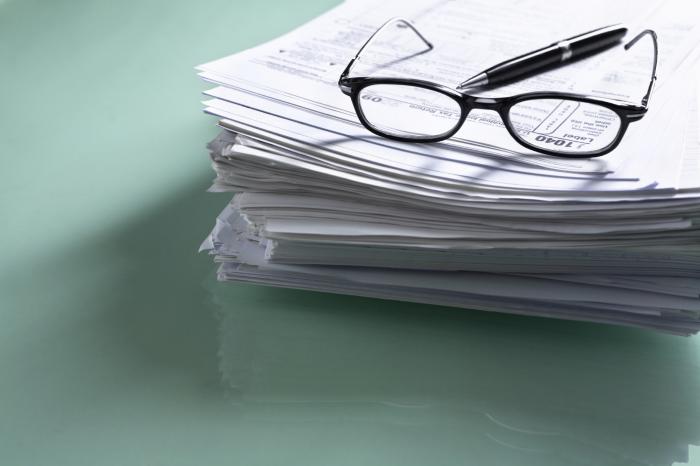 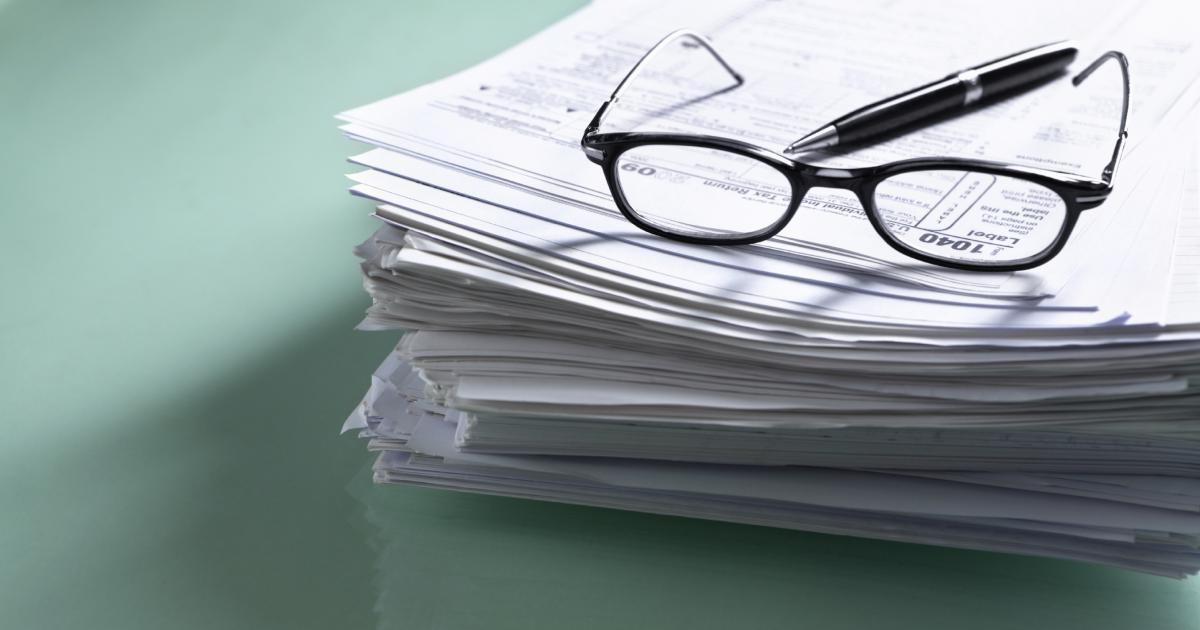 It’s no secret that President Joe Biden has adopted an overtly progressive agenda. He has signed into law one $1.9 trillion stimulus package and has another $2 trillion plan waiting in the wings. His ambitions are far-reaching, with hopes of providing American parents with between $250 and $300 a month for each child for child care, regardless of parental employment status, and offering free community college education for all who request it.

How will this spending be funded? It has been widely reported that Biden will raise the top marginal income tax rate on ordinary income from 37 percent to 39.6 percent, and significantly increase the capital gains tax rate for high earners. Under current law, long-term capital gains are federally taxed at a maximum 23.8 percent rate—the 20 percent marginal rate plus a 3.8 percent levy to fund former president Barack Obama’s expansion of Medicare. Biden’s proposal would treat as ordinary income all capital gains of taxpayers earning more than $1 million, taxable at the new 39.6 percent marginal rate. Adding in the ObamaCare kicker would set a 43.4 percent capital gains rate, the highest capital gains rate ever. State and local taxes will bring that top rate above 50 percent—56.7 percent in California and 58.2 percent in New York City—in much of the country.

But not to worry. Biden press secretary Jen Psaki announced that Biden believes that he can finance these extensive programs “on the backs of the wealthiest Americans who can afford it and corporations and businesses who can afford it.” She adds that these tax hikes “won’t have a negative impact.” Psaki assures us the plan will impose no tax increases on those who earn under $400,000 per year and happily boasts that these increases “would effect just three of every one thousand taxpayers.”

Biden’s proposed plan rests on obtuse economic reasoning. Whether any tax plan generates positive or negative allocative effects depends largely on the match between revenues and expenditures. While no match is perfect, the traditional benefit theory of taxation rests on the following sound premises: First, the tax should finance public goods—such as roads, public utilities, or other forms of infrastructure that private markets cannot fund. Ideally, that tax is distributed across individuals such that each individual taxpayer receives a benefit of greater value than his or her individual tax. So constructed, the tax generates a net positive welfare effect in which all individuals share.

That favorable economic outcome is decidedly not the case when public funds finance child care and similar transfer payments, which reduces overall capital stock. In general, ordinary individuals have better knowledge of their own needs and thus should purchase them out of their own resources, which they will guard more carefully than free public dollars. Massive programs of public expenditure produce a net reduction in private stocks of cash.

Even worse, an increase in the capital gains rates equal to or exceeding the tax on wages is likely to be a revenue killer. Political memories on this topic are short, but the Biden administration should recall the positive revenue consequences of cutting capital gains taxes during the Clinton and Bush 43 years. This table from the National Center for Policy Analysis shows the correlation between higher federal revenues and lower capital gains rates. 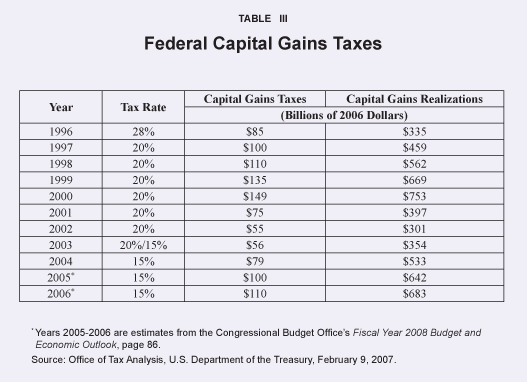 The data are somewhat complex given the year-to-year variation, stemming in part from stock market boom and bust cycles during the late Clinton and early Bush 43 years. But the trend line is consistent with basic theory: the $85 billion in tax revenues brought in by the 28 percent tax rate in 1996 was still lower than the $110 billion brought in ten years later when the tax rates were cut almost in half.

The driver of these favorable results is the so-called negative “lock-in” effect that comes from high capital gains rates. Capital gains taxes are elective in practice because they do not come into effect until the sale of a capital asset. That realization event is within the sole control of private taxpayers, who are reluctant to sell their assets when subject to a heavy tax. Thus, a high tax on capital gains will distort economic behavior. Even if new investments offer taxpayers a higher rate of return (net of transaction costs), they may well decide not to reallocate their capital if the higher tax makes doing so unprofitable.

To illustrate, assume that a taxpayer holds a capital asset with a basis of zero and a value of $1,000 that generates a 6 percent return, or $60. In any given year, the taxpayer’s calculus is dependent on the capital gains rate. He can choose to hold the asset and earn $60 of ordinary income, or he can choose to sell and invest the proceeds elsewhere. At a 20 percent capital gains rate, the taxpayer would hold $800 cash after the tax, and would require a 7.5 percent return from the new investment to match the $60 otherwise available. At a 28 percent tax rate, the taxpayer keeps just $720 from the sale, and requires an 8.33 percent return to yield that same $60 of income. The higher tax rate locks in inferior investments which, in turn, reduces the mobility of capital.

The situation is far more dangerous under the proposed Biden capital gains increase, for at a 50 percent tax rate, the new investment would have to generate a 12 percent return to make the sale worthwhile. Therefore, with such a higher capital gains rate, we can be confident of two key propositions: first, that the overall productivity of the economy will decline; and second, federal tax revenues will decline as well.

Moreover, wealthy taxpayers are better situated than others to avoid or delay these shocks. For instance, the law governing tax-free reorganizations under the Internal Revenue Code, which permits stock-for-stock sales of corporations, has been adopted precisely to allow company founders and other major shareholders to avoid current recognition of gains on the transfer of control.

Similarly, it is possible under the current tax law to free up capital for new investment while avoiding the capital gains tax by borrowing against assets tax-free, even without personal liability. But that has its own limitations. First, under our earlier illustration, the amount of funds that can be yielded from borrowing is far less than $1,000. And by leveraging his existing holdings, the individual investor is at risk of margin calls should the stock value decline. Unless the investor can maintain this arrangement until his death, he must pay capital gains tax on the full amount received from an eventual sale, even for the money that goes to repay the loan. Regardless, capital gains taxes clearly induce changes in economic activity, so much so that there is a powerful argument that they should be reduced to zero. This is especially true where gains from sale are reinvested in the marketplace, which is one of the reasons why a consumption tax, with no capital gains component, is favored by many economists and lawyers who fret that taxation on savings deters investment.

The Biden administration appears to blissfully ignore these growth effects in suggesting that the nature and size of the tax only affects the distribution of the tax burden. The errors of this position are manifest. This new round of taxes is on top of an earlier Biden proposal to raise corporate tax rates from 21 percent to 28 percent. While these taxes are formally levied on corporations, their “incidence” is felt by consumers, employees, and suppliers in uncertain proportion. And some fraction falls on stockholders and on pension funds for ordinary individuals, which were estimated as of 2019 to hold nearly $20 trillion in assets. Yet, ironically, tax devices that can defer capital gains from taxes through borrowing and clever partnership allocations are available only to extremely rich individuals.

The maxim “a rising tide lifts all boats,” closely associated with John F. Kennedy, explains why lower tax burdens on the rich generate benefits for all, often through a greater demand for labor through larger pools for investment capital. Indeed, the Trump tax cuts did just that. Perhaps the Biden corollary should be that a falling tide grounds (too many) boats.

Nonetheless, the Biden position claims the moral high ground by tying the tax burden to the “ability to pay” philosophy. Ability-to-pay insists that individuals with higher incomes should pay not only more taxes, but higher rates of taxation. But just how much? For the Biden administration, the sky is the limit. Such a carefree attitude toward other people’s money helps validate the common criticism of taxation as a form of theft. That charge cannot be raised against taxes that produce a return benefit. But as more and more Bidenesque programs chase after the same tiny slice of wealthy individuals for funding, a charge of majoritarian excesses gains credibility. The time to stop that self-destructive escalation in Biden’s tax war is now.