California’s Blue Baseball Team Has Had Its Struggles, But It’s The Big Blue State That Keeps Striking Out

If you watched the Los Angeles Dodgers in this year’s World Series, you may have noticed that America’s “fall classic” was also Greek classic in its plotline. 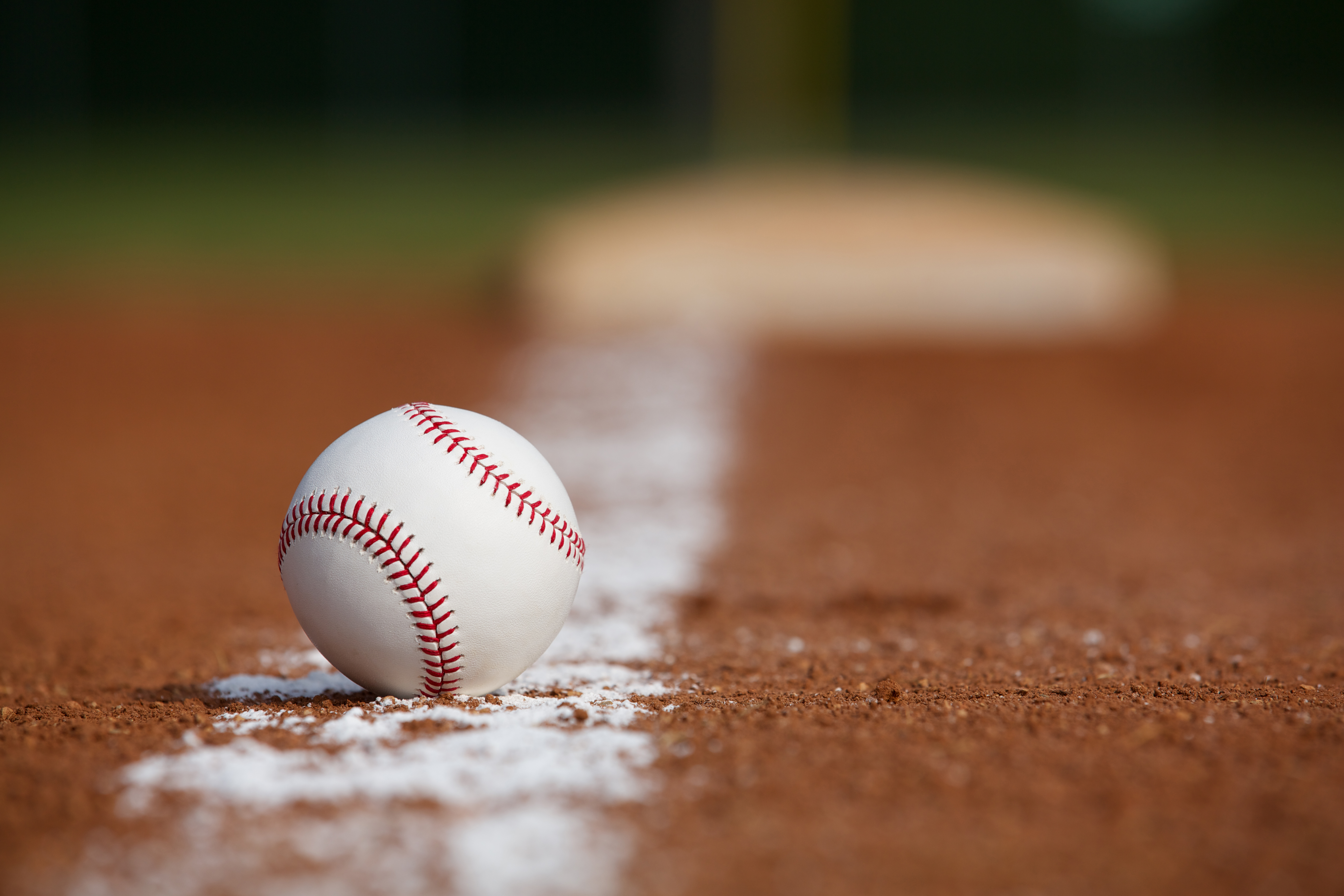 California’s Blue Baseball Team Has Had Its Struggles, But It’s The Big Blue State That Keeps Striking Out 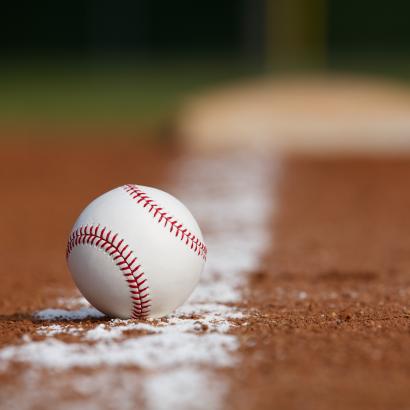 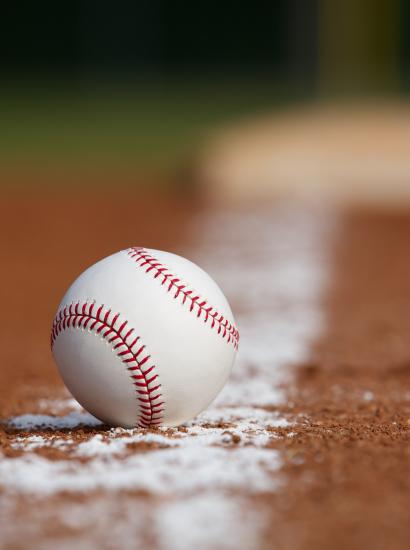 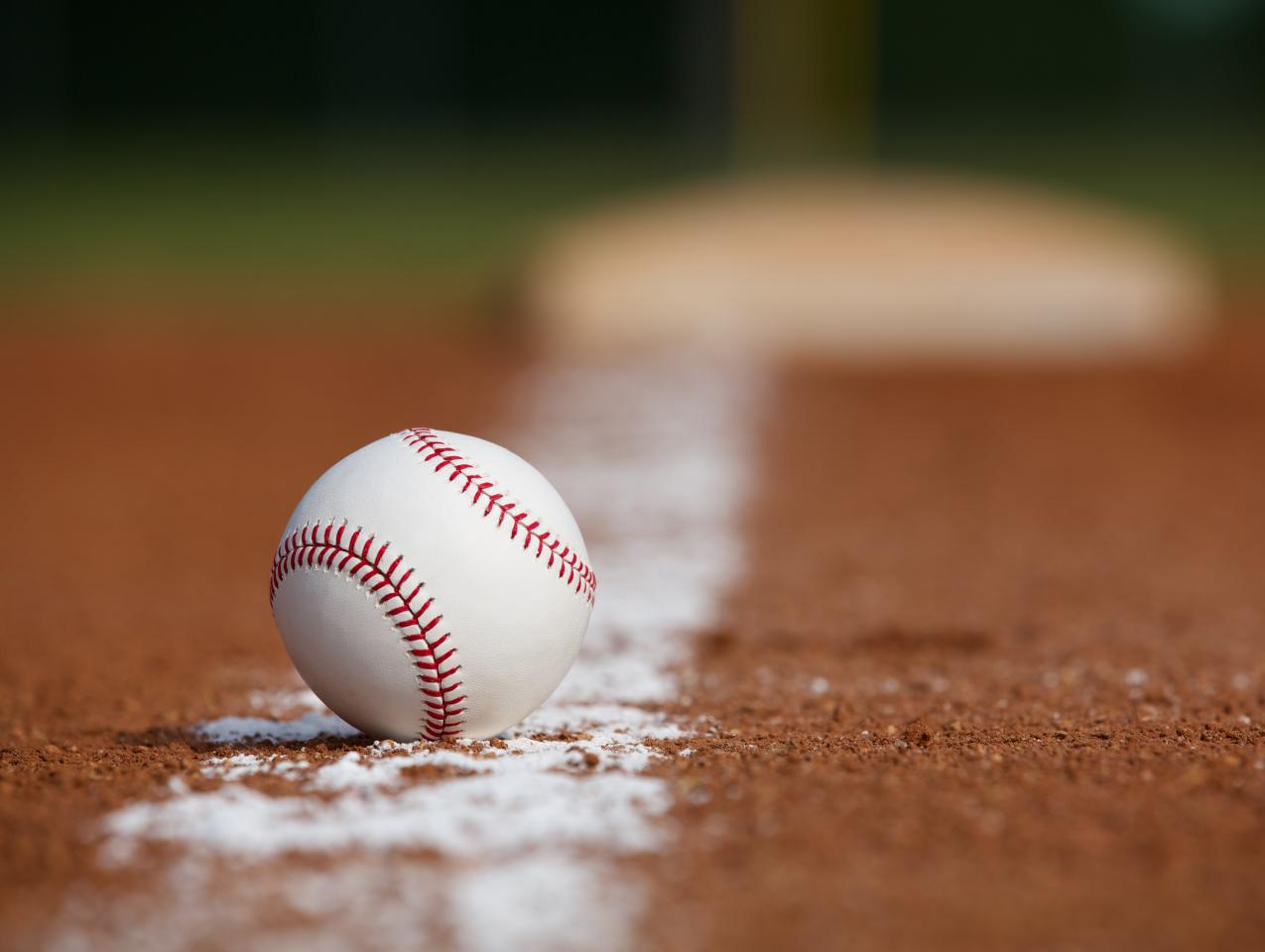 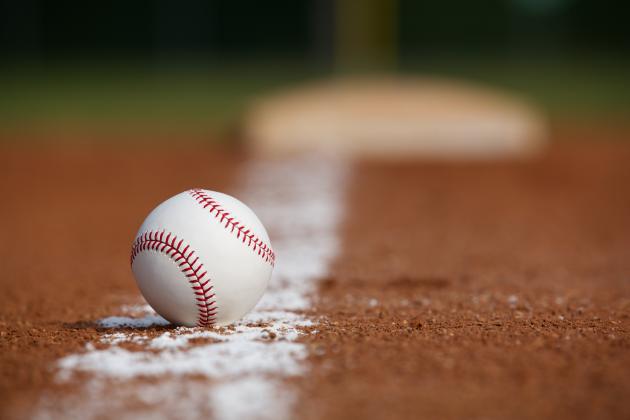 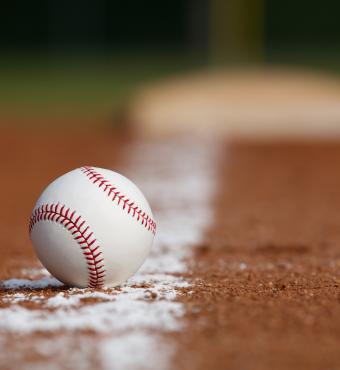 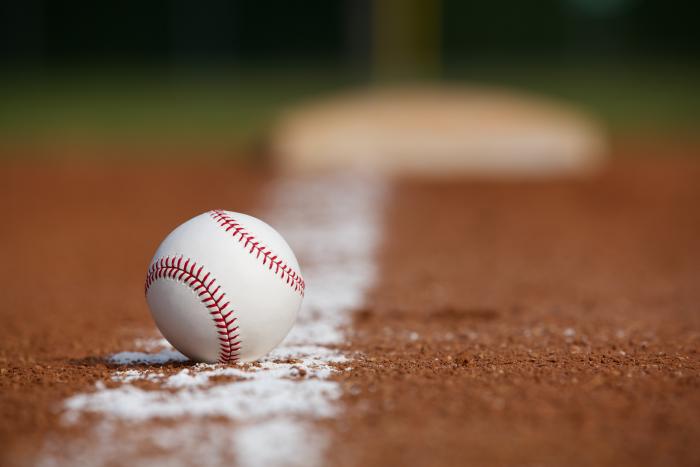 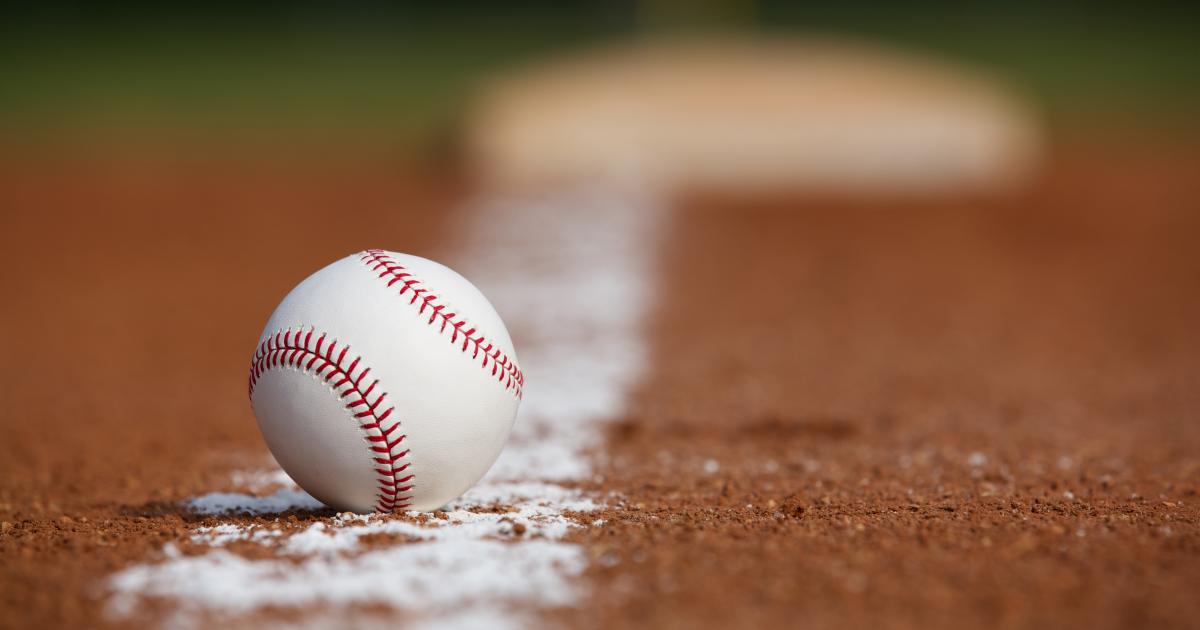 If you watched the Los Angeles Dodgers in this year’s World Series, you may have noticed that America’s “fall classic” was also Greek classic in its plotline.

That’s because the Dodgers, like Sisyphus in Homer’s Odyssey, had been rolling a boulder up a hill, in what passes for Baseball Hades, for decades now—since baseball’s 1989 season (following their last win, in 1988)—trying to win a championship, only to come up short. That is, until last night’s series-clinching victory in, of all places, Arlington, Texas (the two teams playing on a neutral site due to pandemic restrictions).

But the Dodgers also embodied Tantalus, another Odyssey character condemned to the underworld—his punishment that of being kept just out of reach of food and drink. The sport’s most famous blue-clad franchise likewise had been close, but no championship cigar: eight consecutive division titles; three World Series appearances in the last four years; this year, the best regular-season record in the sport.

This fall, the Dodgers’ quest took on an added sense of urgency after the Los Angeles Lakers—the other glamorous sports franchise in California’s Southland—claimed the National Basketball Association’s championship.

It marked the Lakers’ first title in a decade and the 11th in the franchise’s history since relocating to California from Minneapolis before the start of the 1960–61 season. For the Dodgers, who moved to California before the start of the 1958 season and have now captured six World Series titles during its Southland existence, winning a championship was as much a matter of keeping up with the Joneses (and LeBrons) of the Los Angeles sporting world as it was a matter of baseball pride.

But there’s another way to look at the Dodgers’ on-field struggles: the team plays in California, a state likewise stuck in a policy rut.

Yes, much about California’s existence has changed since 1988—back then, Apple was dealing in primordial desktops, not laptops and iPhones; future auto and space visionary Elon Musk was still seven years away from having his job application ignored by Netscape.

And, 32 years ago, the Golden State featured a busier ballot: California voters confronted a staggering 36 initiatives in 1988 (12 in the June primary; 24 in November’s general election), versus only 12 initiatives at issue next week. Fourteen of those 1988 ballot measures were bonds totaling $6.5 billion in 1988 dollars (about $14.3 billion in today’s greenbacks). Thirteen of those bonds passed, the only loser being the biggest ask of the bunch: Proposition 74 and $1 billion for road improvements.

Moreover, Donald Trump wasn’t running for office 32 years ago, though he wasn’t ruling it out either. “I just don’t think I have the inclination to do it,” he told Oprah Winfrey, noting the awfulness of trade imbalances and America’s allies not paying their fair share for military protection—recurring themes in Trump’s 2016 presidential run. Speaking of Trump-related news in 1988: a day after the Dodgers closed out that year’s World Series, future White House aide and “Trump-whisperer” Hope Hicks entered the world.

Still, when it comes to California politics and policies, there are some constants—some dating back to 1988, some more recent.

Or so it started.

In the years since, CEQA has become a four-letter word as far as California’s business community is concerned. Those opposed to development use the law as a NIMBY shield, keeping land projects on hold. It means developers can keep their rivals tied up in regulatory knots; labor interests use the threat of CEQA action to receive more generous contracts.

Brown returned to the governor’s office in 2011 talking a strong CEQA-reform game. Four years later, he meekly told reporters: “This is not something you get done in a year, but I believe before I depart this stage we will see reform in CEQA.”

Brown did make some piecemeal changes to the 1970 law before leaving Sacramento in 2019, but nothing that altered the challenges in breaking ground in California in timelier, growth-friendly fashion.

Why so? The governor spelled it out to an interviewer back in 2016:

“The unions won’t let you because they use it as a hammer to get project labor agreements. The environmentalists like it because it’s the people’s document that you have to disclose all the impacts. And, of course, the developers have a problem because ‘impact,’ boy, that’s a big word. Everything’s an impact. I pound on the table, that’s an impact [pounding on the table]. You know what I mean?”

Actually, we do know what the former governor means: no professional sports drought in California is likely to outlast CEQA’s immunity to significant alteration.

School Choice. It’s been on the ballot twice during the years of the great Dodger Drought—1993’s Proposition 174 and the year 2000’s Proposition 38.

Both measures proposed offering vouchers for California schoolkids to attend private and parochial institutions ($2,600 in the case of Proposition 174; $4,000 under Proposition 38’s terms).

Why such a harsh rejection by California voters? Because, in part, of how the state presents ballot information.

When Californians opened their voters’ guides in 2008 and turned to the section on Proposition 38, here’s what they discovered: a ballot title meant to irk the left (“School Vouchers—State-Funded Private and Religious Education”), sitting atop a descriptive summary meant to rattle undecideds (among the bombs tossed by then attorney general Bill Lockyer: “restricts state and local authority to require private schools to meet standards, including state academic requirements“ . . . “limits future health, safety, zoning, building restrictions on private schools” . . . “requires release of composite test scores of voucher pupils”).

California hasn’t had a Republican state attorney general since 1999. Except for a brief interlude in the mid-1990s, when the State Assembly was temporarily under Republican control, Democrats have dominated California’s state legislature for over half a century.

That means school choice won’t see the light of day in Sacramento via a legislative process. As long as Democratic AG’s are tasked with “explaining” ballot measures to California voters—California’s elected Democratic leaders being beholden to teachers’ unions—the issue won’t be presented to the public in an honest fashion.

Two years prior, in 1998, then governor Pete Wilson signed off on California’s last serious run at tax reform—three rounds of tax cuts that went after personal and business taxes.

To his credit, then governor Arnold Schwarzenegger tried to end the drought in 2009, tasking his Commission on the 21st Century Economy to come up with a series of recommendations (here’s its report).

That report was ignored by the state legislature. A decade later, Gov. Newsom talked about redesigning California’s tax system, but that was well before this year’s pandemic infected the state’s revenue stream.

Should Newsom want to revisit tax reform come the time California’s economy bounces back, all he has to do is dust off the report from the Arnold years. The odds of that being well received in a legislature whose instinct is to impose new taxes: about the same as the Rams trading in their shiny new state-of-the-art facility in Inglewood for the far less elegant domed stadium back in St. Louis.

GOP Sway in Sacramento. Nineteen days after the Dodgers won the 1988 World Series, California voters opted for both the Republican presidential nominee (George H. W. Bush carrying the Golden State by just 3.5%) and an incumbent GOP US senator (Pete Wilson ending the curse of the so-called “jinx seat” that had switched hands three times previously).

That’s the last time a Republican won those two categories of statewide races in California—preceding arguably the most dramatic red-to-blue shift in American politics.

Take away Schwarzenegger’s wins in the 2003 gubernatorial recall contest and his successful re-election effort in 2006 and here’s the state GOP’s track record for the rest this century’s statewide elections: one win in the 2006 insurance commissioner’s race and 33 losses in every other state constitutional election (in addition to the insurance commissioner, that includes governor, lieutenant governor, attorney general, state treasurer, secretary of state, and superintendent of public instruction).

Add to the 21st-century California Republican futility: five presidential defeats (soon to be six) and GOP candidates rarely competitive in any of seven US Senate contests over the past 20 years.

How to end that drought? Getting back to baseball, one can argue free agency (finding a political stud like Schwarzenegger). Or, develop a farm team of Republican prospects who can work their way up the political ladder (San Diego mayor Kevin Faulconer may put this to the test should he challenge Newsom in 2022’s governor’s race).

Then again, the Dodgers have had it both ways—making front-office moves for skilled players and developing home-grown talent.

Can California wait 30 years for the re-emergence of a competitive two-party system, much less for addressing its tax and regulatory shortcomings?