Change is coming to California following the double whammy of a pandemic eruption and police reform protests. Responses to the extraordinary dual events will initially flow into California’s current cultural and political liberal tide—a move toward more government involvement in our lives and more spending. 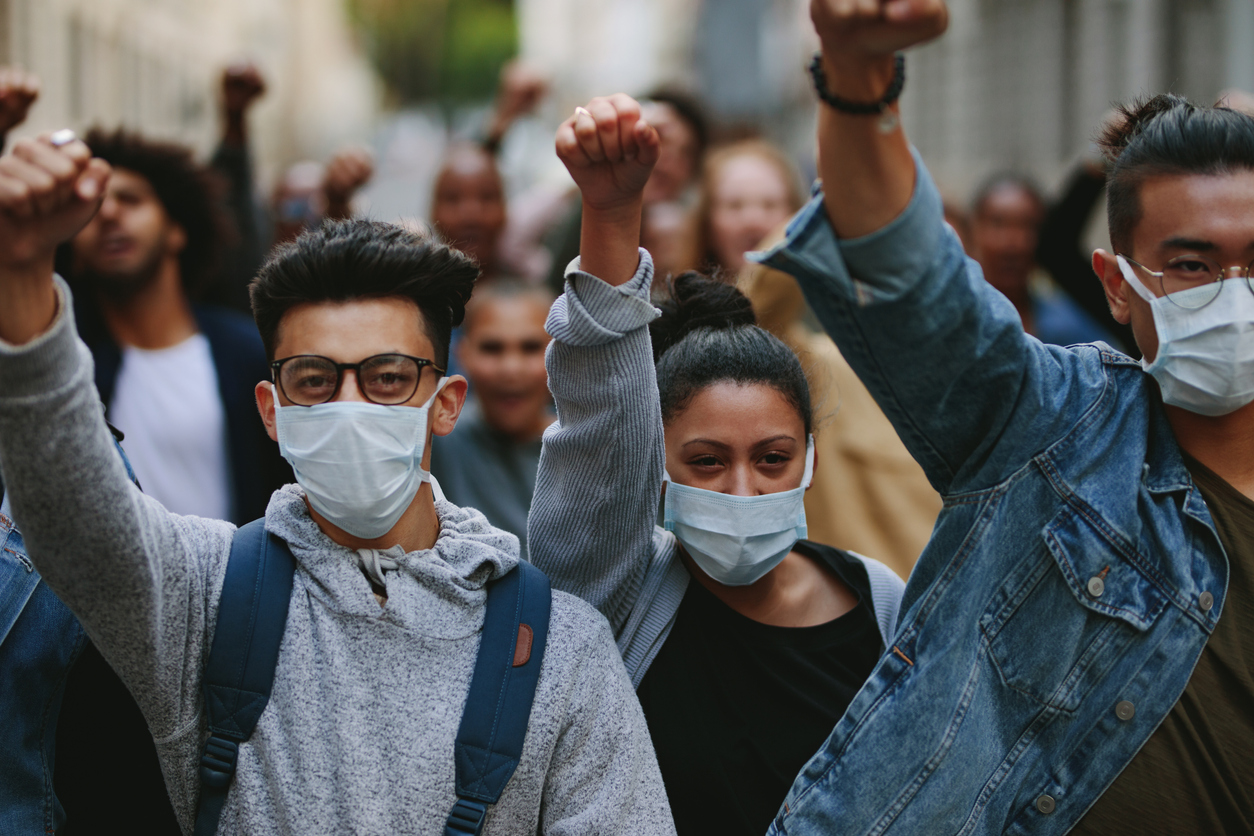 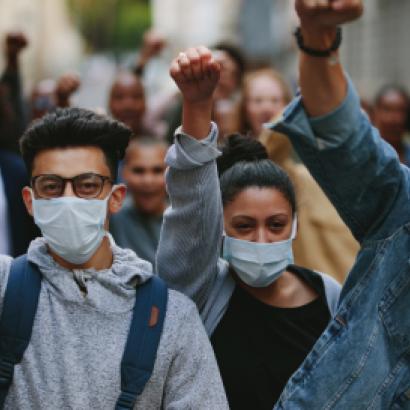 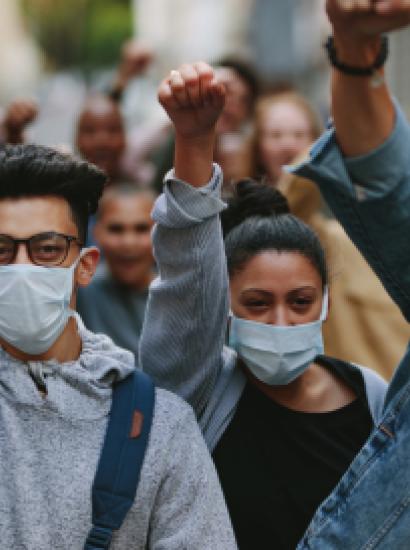 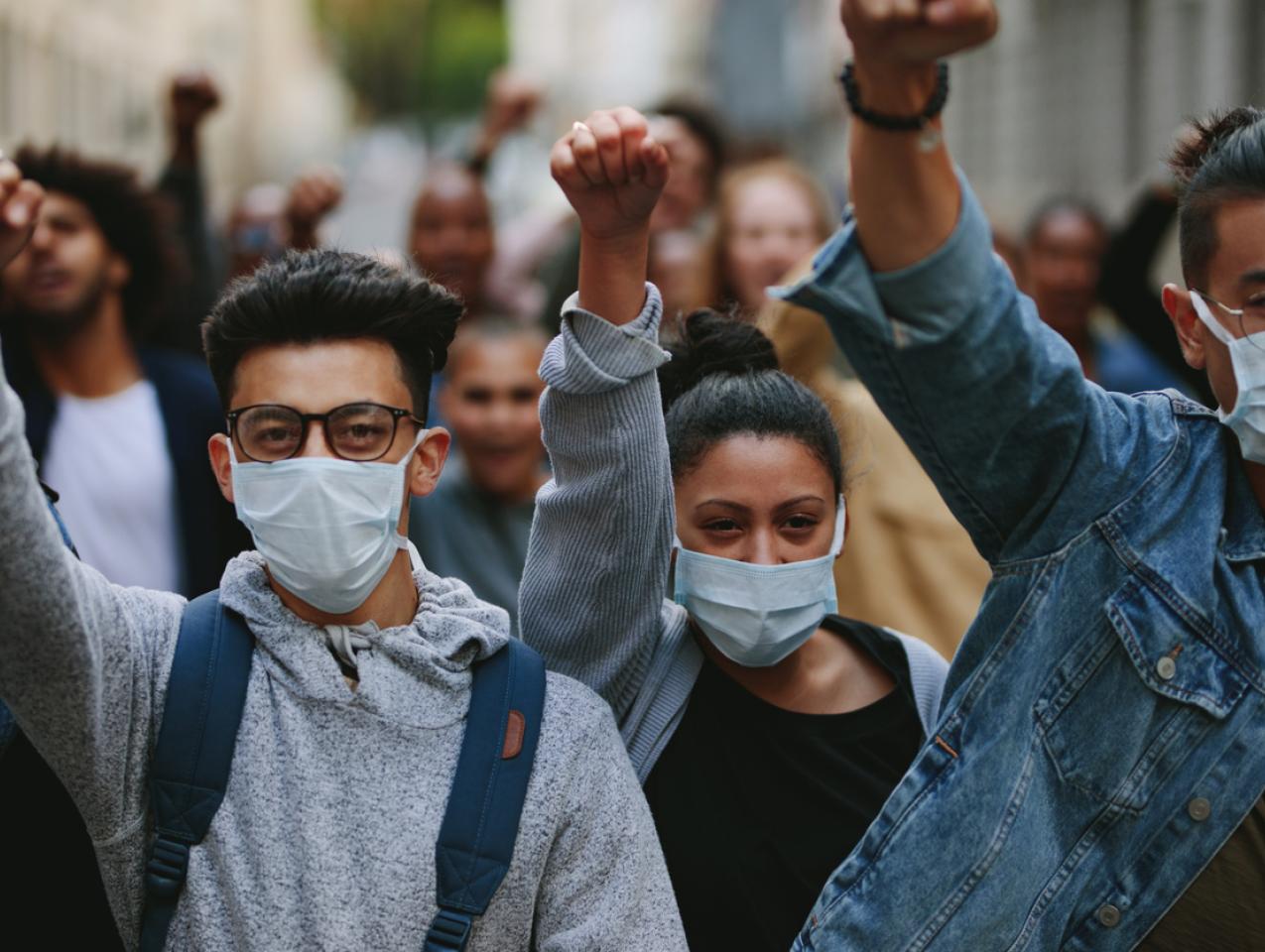 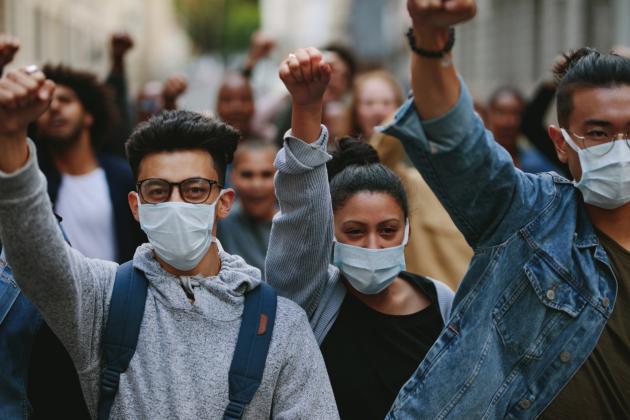 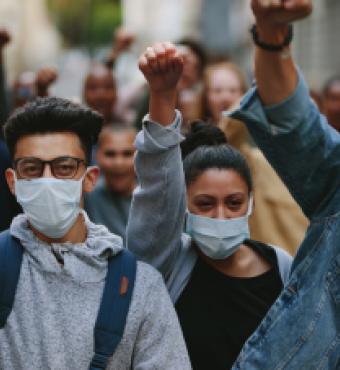 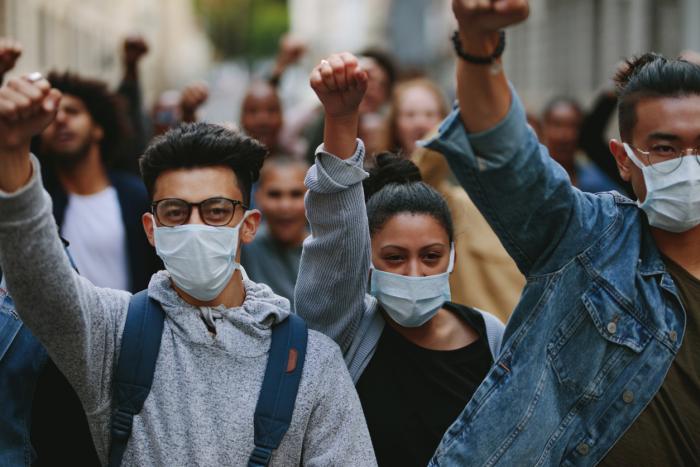 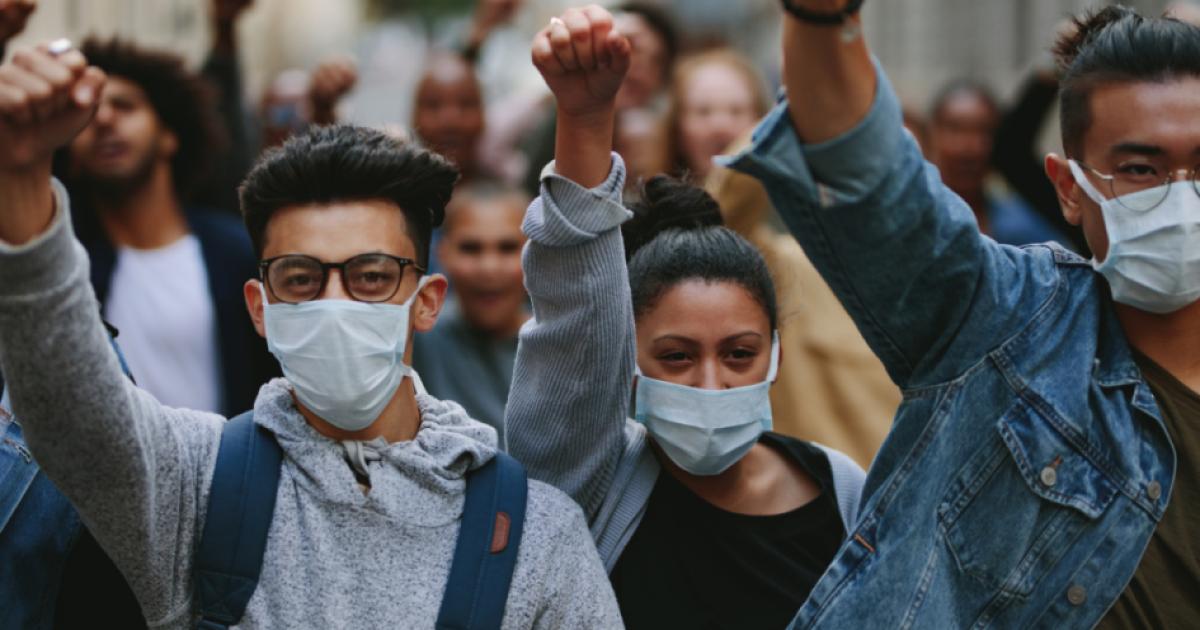 Change is coming to California following the double whammy of a pandemic eruption and police reform protests. Responses to the extraordinary dual events will initially flow into California’s current cultural and political liberal tide—a move toward more government involvement in our lives and more spending.

History tells us that government officials and agencies enlarge their portfolios during a time of crisis and rarely reduce them after the crisis subsides. In California, engaging government to confront the pandemic by offering new powers for public health officials and altering the standards of policing, while enlarging the scope of social services and business regulations to deal with societal problems, opens the door for even more government—which always leads to a need for more money.

The pandemic and the social justice protests give an impetus for social experiments in this state whose political leaders generally see spending as the go-to solution for any problem. California has been paving the road for social change with increased tax-funded social welfare programs for a good time now with negligible results. Yet, advocates and officials see the current situation as an opportunity for more of the same.

But this approach comes with a caution: Where will the money come from, especially when the government sees fit to tighten clamps on the business economy that is intended to pay for costs, and how restrictive will government become before resistance arises?

Social justice reforms will go beyond police and legal justice areas. Cutting police budgets and shifting those funds to expanded social service and social welfare programs will not provide enough dollars for advocates who will demand more given the attitude that the only way to reach equality is through massive investment. Business closures and loss of jobs will prompt demands for even more spending and a redistribution of wealth for more services for those adversely affected or viewed as victims.

Indeed, federal and state governments’ rescue subsidies will be considered a test case for guaranteed basic income. If the COVID-19 virus causes further setbacks through second or third waves, the guaranteed basic income idea will pick up steam even in the face of business community opposition. Similarly, the COVID-19 crisis and the effects hitting hard on minority communities, combining with equality issues raised by protesters, will energize a push for more government involvement with health care.

The agenda on police and justice reform will demand satisfaction. Let’s be clear that the recent protests have focused needed light on racial conditions and served as a humiliating reminder that the nation has not lived up to the aspirations expressed in its founding documents.

Previous justice reforms led to law changes resulting in fewer prisoners and a no-cash-bail law. Now the protests head to more extreme territory of defunding or even abolishing police.

The social justice efforts will grow broader than policing and prison reform. Schools are promoted as a pathway to boost equality. School advocates, always lobbying for more money, will hitch their wagon to the now high-profile issue of equity—and ask for more money.

Government decrees affecting the business world, which have grown in leaps and bounds, will not be reduced but will continue to grow. California’s labor code already runs over one thousand pages and more laws are added each legislative session. While business faces new edicts dealing with family leave and workers’ compensation coverage for COVID-19 workers who are presumed to get the virus on the job, there has been no counter-protection for vulnerable businesses on liability issues during this unprecedented time.

California Gov. Gavin Newsom’s task force to deal with the business collapse and loss of jobs due to the coronavirus is headed by former presidential candidate Tom Steyer, who said at the task force’s introductory press conference that he hopes to fashion a recovery plan that “pushes us to the better future and remedies some of the injustices, which this COVID-19 pandemic has revealed in our society.”

It would not be surprising if he intends to pursue a progressive game plan. Look for efforts to change the way business is run with an emphasis from Steyer on his key issue of a green economy that is uncertain to produce enough jobs to propel solid economic growth. The task force could take the crisis as an opportunity for government to put new controls and demands on business.

In this political atmosphere, will voters go along with policies that widen the social agenda and broaden government powers? Or will conservative strains in the country’s DNA dealing with limited government and common defense (police)—strains challenged in this era of change—bring resistance?

Signposts are ahead. Indicators are coming on spending, social justice, and police reform issues as Californians consider the coming November ballot, which includes a measure to repeal the ban on affirmative action.

What will voters accept?

It would be appropriate here to revisit my last Eureka column, a year before Newsom was elected governor and well before the present pandemic reached California. In November 2017, I asked if California was heading “back to the future” by embracing tougher law-and-order standards and rediscovered resistance to taxes. In the last couple of decades, the state decidedly moved away from those California values of the late twentieth century.

There were signs that there was a move in that direction, but movement on those issues could be disrupted by the events of the turbulent spring of 2020.

In the March primary, voters astounded experts by resisting taxes to a greater degree than anyone imagined. While the one state bond—$15 billion for school construction, no less—went down to defeat, only 40 percent of state and local taxes and bonds passed. I write “only” because recent elections produced passing rates on taxes and bonds around 80 percent.

Polls show that nearly 60 percent of California voters think taxes are too high and that by a two-to-one margin they opposed using taxes to balance the state budget, which projected big losses due to the business lockdown response to the pandemic.

While the argument for more public resources to rebuild collapsing government budgets is countered by the notion that tax increases in a distressed economy will raise costs, slow recovery, and deliver a knockout blow to some businesses and many jobs, the now-elevated issue of equity and the resources government desires at a time of reduced budgets to achieve equality goals becomes a wild card in the debate.

On judicial reform, since the publishing of my previous Eureka column, a pushback against the progressive justice agenda will be offered to voters because enough signatures were gathered to place on the ballot a referendum on the legislative effort to eliminate cash bail and an initiative qualified to alter past ballot measure successes that downgraded a number of felonies to misdemeanors and fast-tracked the parole process for felons convicted of nonviolent crimes.

Since voters signed the petitions to qualify the measures for the ballot, the police and justice protests have dominated the news and will become part of the debate on whether the judicial system fairly treats minorities when it comes to bail, parole, and low-grade felonies.

The political tide in California is rolling toward more spending, more reforms to confront racial economic differences, and reimagining police work. But there are questions to challenge this course.

Can there be a stand against the passions of the moment that supports meaningful justice and police change (like widely employing community policing) but also averts dramatic moves defunding police?

Can there be redirected spending to assist the underprivileged while at the same time reforming government spending problems that already exist, such as public postemployment benefits?

Will business regulators pull back and let entrepreneurship and innovation flourish instead of tightening further the clamps on business? SpaceX rocket ships and Tesla cars are California in spirit, yet the demands put on business in this state have SpaceX and Tesla entrepreneur Elon Musk thinking aloud about pulling up stakes in California and moving his corporate headquarters to a business-friendlier state.

The idea of government-supported social and police reforms (and the money that comes with such ventures) comes at an odd time of a crippled economy.

To recover from the economic collapse, to provide for programs to advance racial and social justice, to lift California, the state must rely on free enterprise. Yet, the coming new era envisioned as a result of the double-whammy experiences appears to be heading toward an age-old conflict. Will more government direction in the business economy and new and enriched public programs prevail? Or will a freer private enterprise be allowed to lead California to recovery and prosperity?

As of now, in California, it appears high tide is coming for the politically progressive approach.

How soon will this tide ebb?

Joel Fox, a past Eureka contributor, is co-publisher and editor-in-chief of the policy/politics website Fox and Hounds Daily, a lecturer at Pepperdine University’s Graduate School of Public Policy, and a veteran observer of the California landscape.