COVID-19 has changed everything—when, where, and how we work, spend our leisure time, and live our lives. 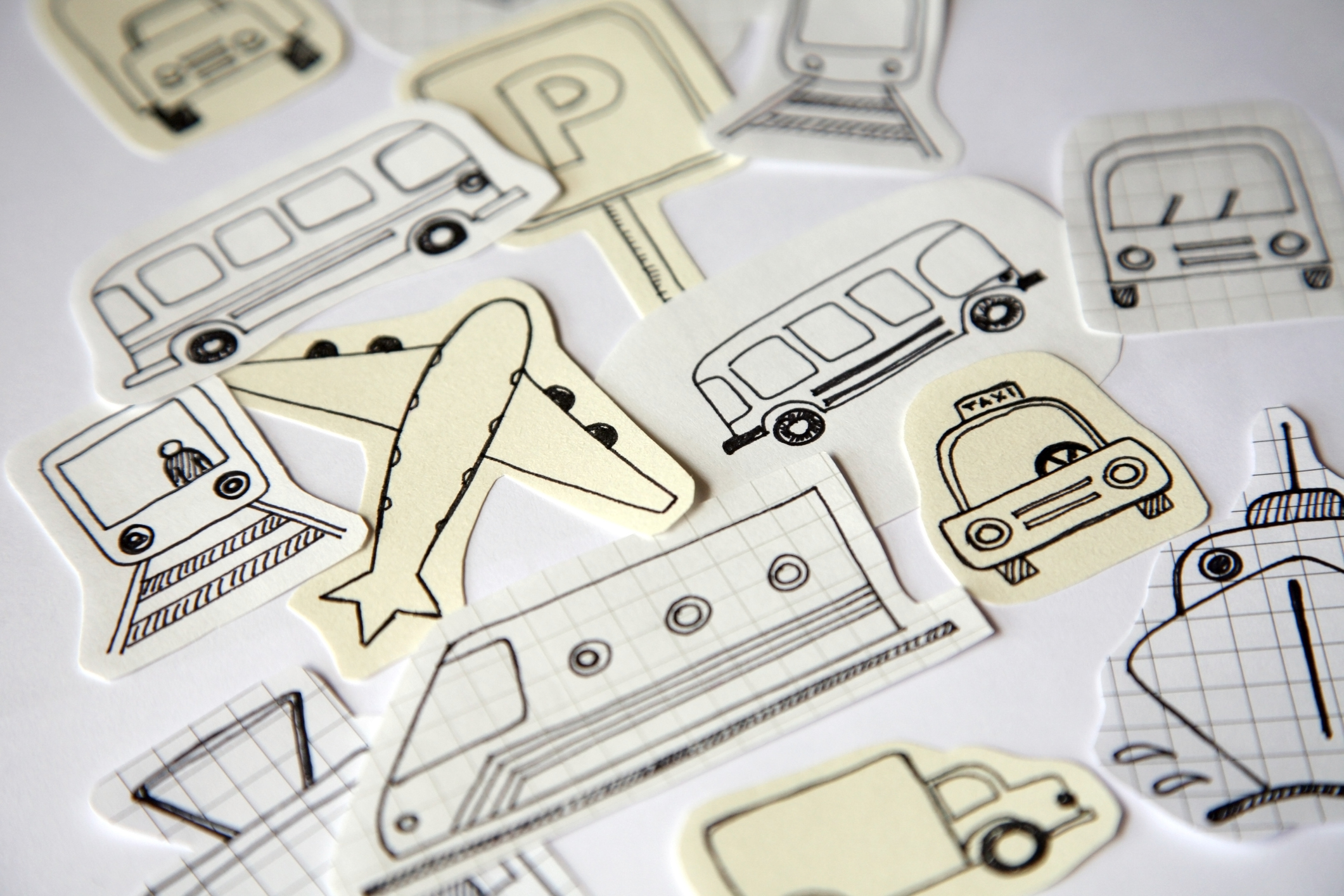 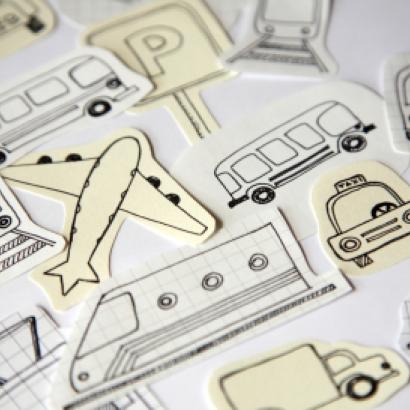 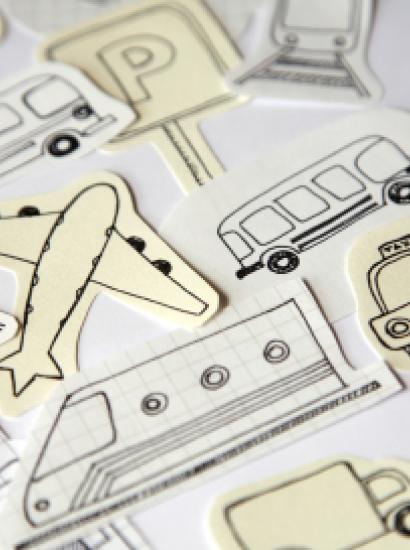 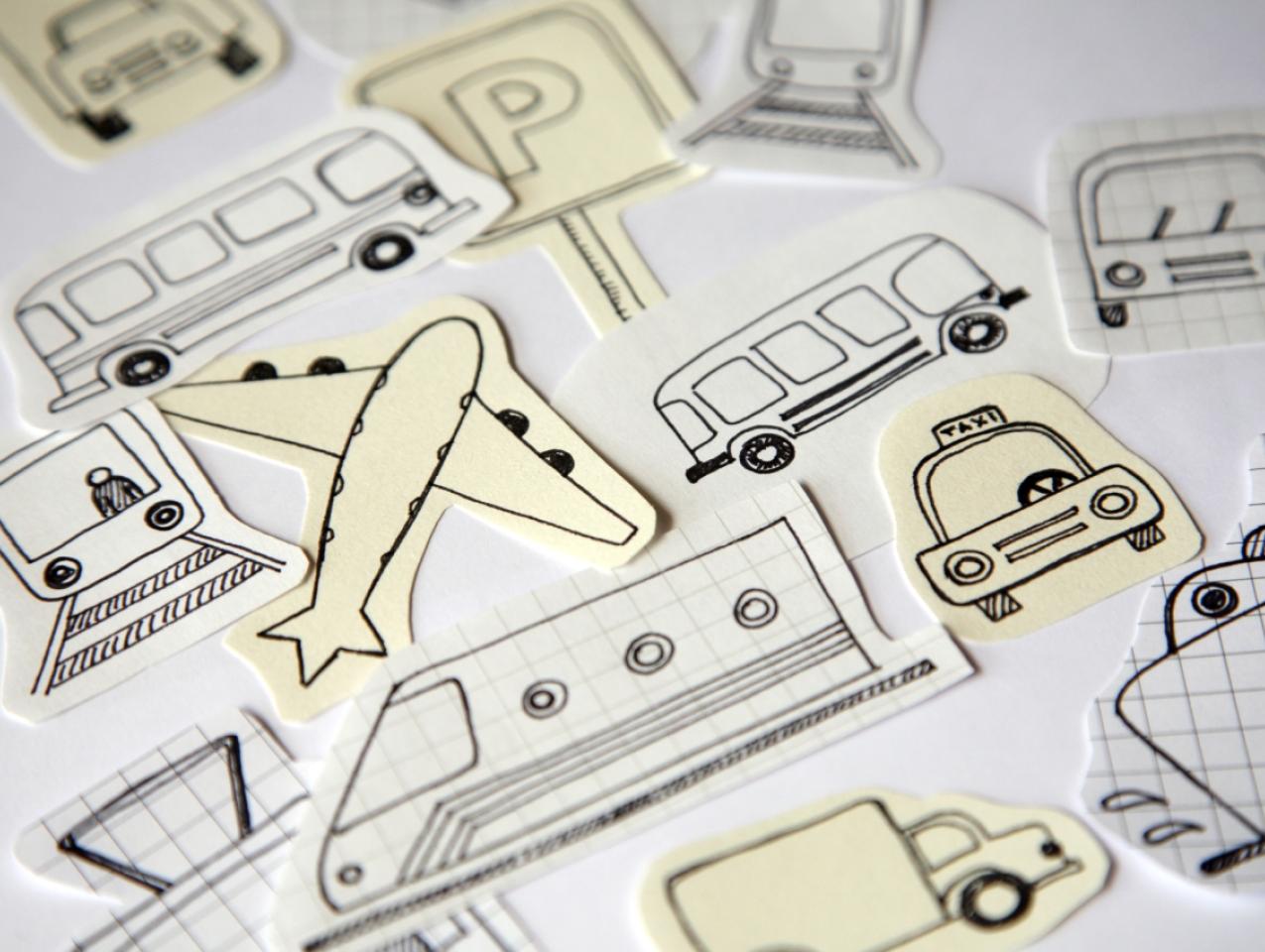 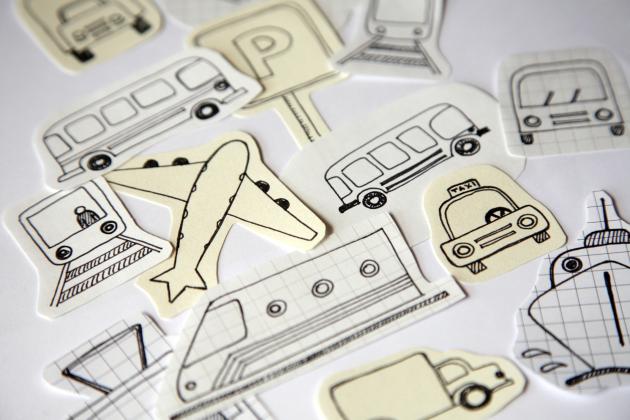 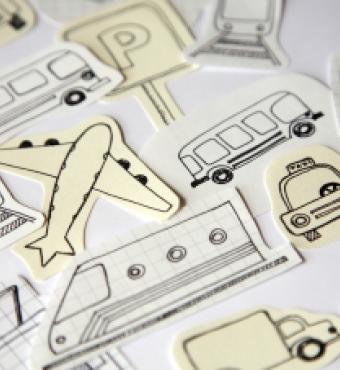 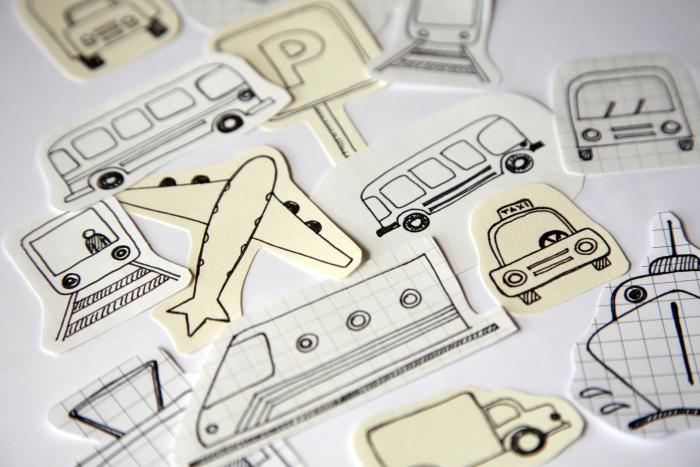 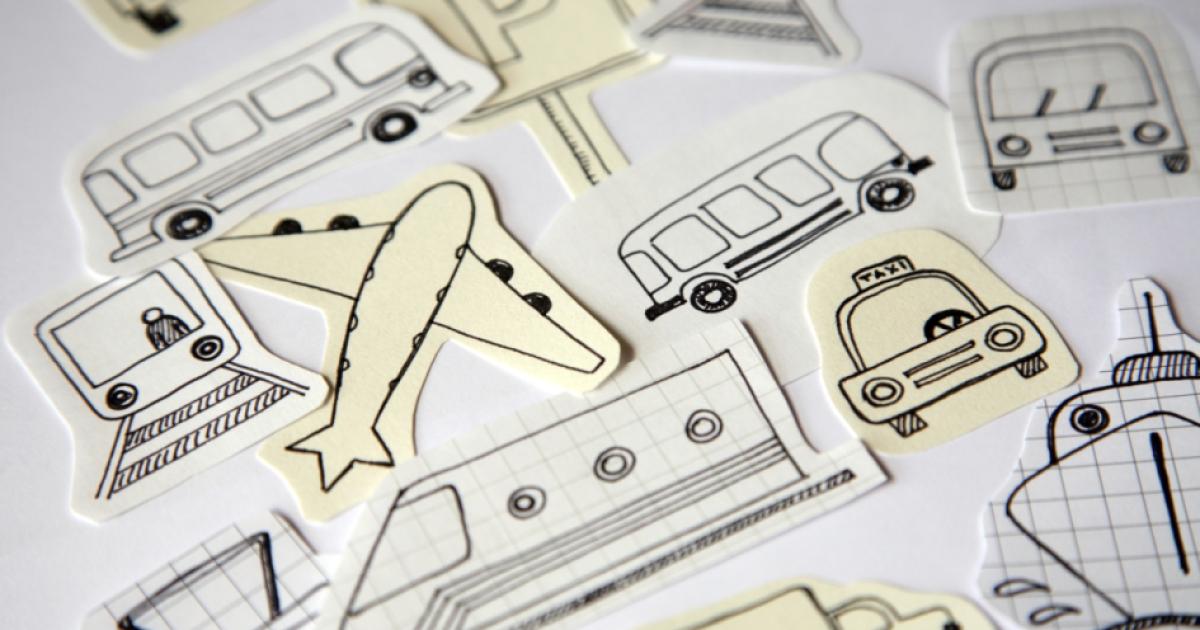 COVID-19 has changed everything—when, where, and how we work, spend our leisure time, and live our lives.

The global spread of this virus triggered extensive stay-at-home orders around the nation, with all but essential travel coming to a sudden halt. Prior to that, however, we battled congestion in urban environments and the lack of seamless connectivity in our more rural areas. Whether these conditions will return post-pandemic remains to be seen.

A few lifetimes ago, traveling meant loading up a wagon or saddling a horse, with long-distance travel rare and arduous. In the 1950s, car culture was king. But over the decades, pollution and traffic congestion led to new mobility options.

Today, more than ever, we have countless choices when it comes to daily travel, with some opting for the personal automobile and others choosing to remain carless—instead using public transport, app-based ride hailing services such as Uber and Lyft, personal mobility devices, and of course active transport such as walking and cycling.

But the free flow of people was, in some ways, predicated on the advent of the Ford Model T, which stimulated America’s obsession with car culture and the combustion engine. The Model T arrived on the market in 1908. By 1930, more than half of American families owned a car and in 2019 Americans drove 3.23 trillion miles.

But other major modes of transportation have also played an undeniable role in American transportation. Commercial air travel boomed in the 1950s, and in 2019 US airlines carried 925.5 million passengers to global destinations. Similarly, public transportation has been a staple of American transportation for many decades, allowing the transport of large numbers of people efficiently and sustainably. In 2018 alone, public transit riders traveled 5.8 billion passenger miles (this is roughly the equivalent of traveling from San Francisco to New York City 1.9 million times or from the Earth to the sun sixty-two times).

And then COVID-19 happened.

The pandemic forced numerous changes on Americans, giving rise to a new normal, with the state of transportation shifting dramatically. For example, the US Department of Transportation reported that in May of 2020 travel on all roads dropped by 25.5 percent compared to May of 2019. In the San Francisco Bay Area, that figure was closer to 50 percent. Nationwide, airline travel plummeted by as much as 97 percent and transit ridership was down over 90 percent. According to nonpartisan “fact tank” the Pew Research Center, nine out of ten Americans say the coronavirus has impacted their lives in some way and 44 percent say in a major way.

Meanwhile, across America, shelter-in-place orders gave rise to (arguably) the world’s largest naturalistic observation research study—allowing companies to see how productivity fared in a remote working environment. What we saw is that productivity did not suffer and, in some cases, employee satisfaction increased. Fears of employees lounging in bathrobes and streaming binge-worthy shows all day did not manifest. Rather, productivity remained high, leading global companies to reimagine office space in preparation for a more permanent remote workforce.

The result of this naturalistic observation is having a profound impact on how some companies will do business in the future, with select tech companies announcing a permanent change in employment policy. Facebook, for example, announced that within five to ten years more than half of its employees will likely be working from home. Twitter CEO Jack Dorsey went further, offering Twitter and Square employees the option to work remotely in perpetuity. We see this internationally, too, with Fujitsu announcing a plan to permanently transition up to eighty thousand employees to a remote workforce which will allow this company, which is one of Japan’s largest employers, to reduce office space by 50 percent.

Traffic patterns will be impacted as commute needs change. Some people thrive working from home—enjoying an easy walk from the kitchen to the “office” rather than battling a forty-five-minute slog through bumper-to-bumper traffic. But working remotely does not work for all, suggesting instead that a hybrid approach may be a better fit—allowing people to choose their preferred work location, whether at home, in the office, or some combination of the two. For those who will continue to work remotely (either by choice or mandate) this may open the opportunity to relocate or reimagine life.

In the meantime, hundreds of cities around the world have already started reshaping transportation by reallocating traditionally car-centered spaces for pedestrians and cyclists. Major cities such as Paris and San Francisco have closed off miles of roads from cars. New York City plans to widen sidewalks, add more bike lanes, and allocate one hundred miles of roads for “open space” vehicle-free pathways. All of these conditions reduce traffic, and reduced traffic also means improved air quality and environmental changes.

As we look for new opportunities to move, it is imperative that we consider the freight sector which is responsible for transporting 71 percent of the nation’s goods—the clothes we wear, the electronics we use, and the food we nourish ourselves with. Recently, the American Association of Railroads released an analysis of federal data documenting that if 50 percent of freight truck traffic (moving a minimum of 750 miles) went by rail instead, greenhouse gas emissions would fall by approximately 26.2 million tons. For context, this would be equivalent to taking 5.1 million cars off the highway or planting nearly 400 million trees to reduce the carbon dioxide in the Earth’s atmosphere by a commensurate amount.

We are seeing traffic slowly building, emphasizing the need to continue to look at alternate forms of transport, including high-speed rail (HSR). HSR began operating in Japan in 1964, with Europe introducing its system in 1981, and scores of countries following suit in the decades since. Evidence confirms that HSR is safe, reliable, and sustainable.

HSR is not the answer by itself to eliminating congestion. Rather, it is a tool in the mobility toolbox that reduces the need for expanding roadways or airports. By comparison, providing the same capacity as high-speed rail from San Francisco to Los Angeles would require 4,300 new highway lane miles, 115 additional airport gates, and four new airport runways. HSR is more than four times as energy-efficient as driving in cars and nearly nine times more efficient than flying, according to the International Union of Railways.

We continue to see progress in this area of development with the California State Transportation Agency recently granting authority to the California Department of Transportation to begin a lease agreement allowing XpressWest to use existing right-of-way along Interstate 15 to create an electric HSR service to move passengers between Southern California and Las Vegas. What is the potential impact of this new service on GHGs and vehicle use? An environmental study reveals the project will reduce carbon emissions by approximately 300,000 metric tons each year, which equals about 65,000 vehicles off the road.

Despite increases in project costs, Californians still have hope for HSR networks with younger generations offering much of that support. Thus, even amid a global pandemic, the construction of California HSR is underway. The California High-Speed Rail Authority has thirty active construction sites spanning 119 miles in five counties. The first completed phase of California High-Speed Rail (CAHSR) will connect six of the ten largest cities in the state and pave the way for a way to unclog our roadways, improve the health of people and the planet, create jobs, and help secure a long-term transportation future for California and the nation.

Transportation touches us all, and we are on the precipice of change. We are witnessing innovation and opportunity as previously unseen technological developments, such as artificial intelligence and autonomy, converge, raising these questions: What will the future of transportation look like? Will we return to pre-COVID-19 patterns or will we opt to continue with a new normal?