California’s unwise rush into renewables will raise building costs by about $30,000 per home. 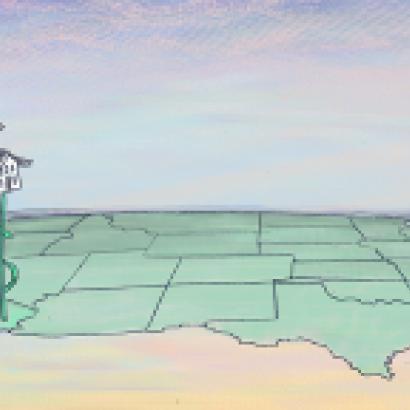 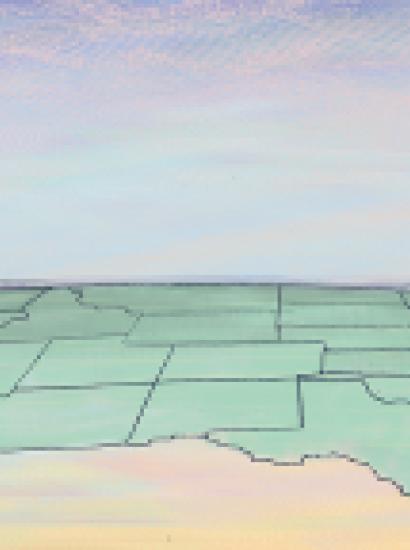 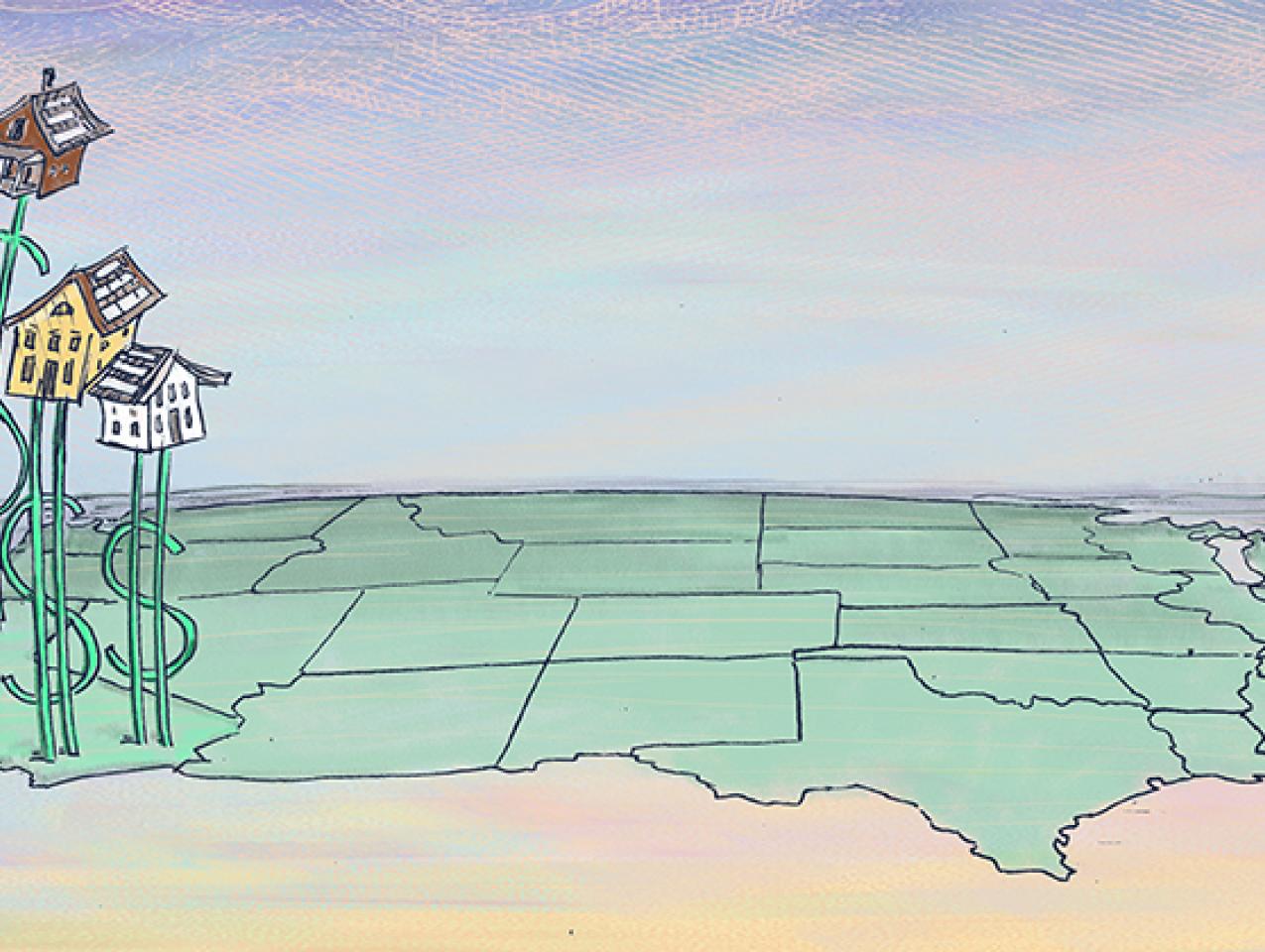 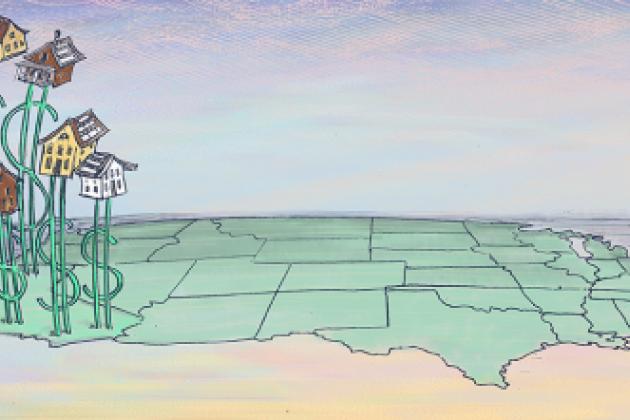 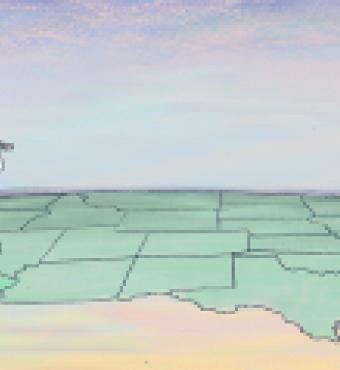 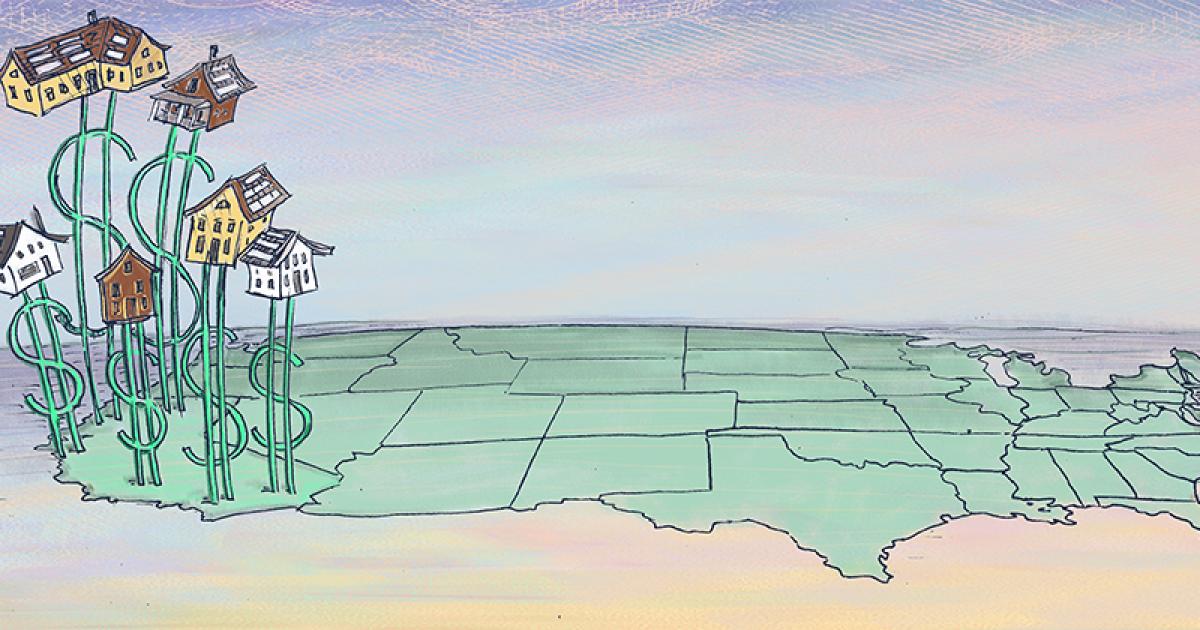 The five political appointees who comprise the California Energy Commission voted unanimously in May to require that almost all new California housing include rooftop solar panels. The mandate also requires that new homes include expensive, highly energy-efficient appliances, lighting, windows, and home insulation. Environmental groups and the solar industry are embracing this building mandate, which would take effect in 2020. But the new policy is unprecedented within the United States and it highlights just how far California has gone in its quest for renewable energy.

California has committed itself to renewable energy like no other state, and this reflects the state government’s preferences to unilaterally reduce carbon emissions through renewables, with a focus on solar and wind power. As Governor Jerry Brown stated, “We don’t want to do nothing and let the climate get worse. California is all in.” The new solar mandate follows up on 2015 legislation requiring 50 percent of electricity to be produced from renewables by 2030. Moreover, California Senate Bill 100, which likely will be voted on this year, commits California to produce carbon-free electricity by 2045.

But the state government’s zealous rush into renewables is an expensive mistake. It will do very little to reduce carbon emissions at a global level; it will raise housing and business costs significantly; it will have the unintended consequence of reducing future energy reliability; and it will increase the possibility of brownouts and blackouts in California. There are much better ways to reduce carbon emissions and air pollution more generally—ways that will also increase California’s economic growth and won’t risk its energy reliability.

Solar energy has the enormous drawback that, on a day-to-day basis, its production peaks when residential demand is low, and it plummets late in the day when residential demand peaks. This very predictable imbalance between supply and demand leads to bizarre market outcomes, including the fact that California can produce so much power at midday that it pays Arizona to take the excess production to prevent an electrical overload.

The imbalance between supply and demand also stresses conventionally generated electricity production, which operates at very inefficient, low levels during midday, but then must increase production extremely rapidly in the late afternoon when the sun sets, and when residential demand peaks. As California increases its solar power share, this tightrope act of matching supply and demand becomes increasingly complicated, and will tend to increase brownouts as operators struggle to keep up with demand.

The reason that California’s electrical grid operators must jump through increasingly difficult hoops to manage solar power fluctuations is that there is currently no feasible way to store solar energy. If there were, then solar power generated at midday could be stored for use in the late afternoon and evening. But even after all of the research that has been conducted on solar power since the energy crisis of the early 1970s, and the billions of dollars of government subsidies that have poured into the solar arena, there is still no economical way to store solar energy. So we continue to pay other users to take solar power off of our hands when supply exceeds demand, and we struggle to keep up with residential demand in the late afternoon when the sun sets.

But even if California could drastically cut carbon emissions with renewables, it would make little global difference, as the state accounts for less than one percent of world emissions. However, the cost of cutting carbon with rooftop solar power is very high. The California Energy Commission estimates that the solar mandate will raise construction costs by about $9,500 per home. But cost estimates by builders—which include not only the cost of installing the solar system, but also the mandate’s additional requirement of more efficient appliances, lighting, windows, and insulation—are $30,000. These substantially higher construction costs will drive up the already high cost of California housing, where only 30 percent of households can afford the median home price of nearly $540,000. Higher building costs will also exacerbate the state’s homeless problem. California has about 12 percent of the country’s total population, but has 26 percent of the country’s homeless.

The Energy Commission counters that lower future energy costs will save homeowners about $19,000, and thus more than offset the $9,500 in residential solar installation. But the Commission’s calculation does not pay for the total costs of the mandate, which includes the other requirements, such as energy-efficient appliances. Nor does the cost estimate allow for the possibility that solar panel prices may skyrocket once orders come in from every home building site in California.

The state touts this plan as making good economic sense, but if it did, then consumers would naturally demand these home attributes, and builders would build them without any state arm-twisting. The commission is mandating its preferred energy choice only because consumers don’t value these energy-saving items nearly as much as the commission thinks they should.

The commission estimates that after three years, the solar mandate will have the same effect on carbon reduction as eliminating 115,000 cars. But this represents only 0.8 percent of California’s registered motor vehicles. And with California building about 100,000 homes each year, this relatively small carbon reduction comes at a cost of about $9 billion.

The reason that the mandate will not reduce carbon emissions more is because California’s electricity generation is powered primarily by natural gas, which produces much less carbon than motor vehicles. Motor vehicles are the largest source of the state’s carbon emissions, producing twice as much carbon as electrical generation. The state’s failure to build roads—there are fewer miles of serviceable roads in California today than in the 1990s—means that drivers burn tons of fossil fuels while sitting in traffic. Drivers in Los Angeles spend 150 percent more time in traffic than the average U.S. driver, which costs L.A. drivers about $3,500 per year.

A related problem is California’s failure to build more housing. This has increased home prices enormously in coastal cities, and is causing a growing number of workers to commute long distances from locations with relatively affordable housing, such as the central valley, to work in areas with high-paying jobs, such as San Francisco, Silicon Valley, and Los Angeles. In 2016, 471,000 drivers commuted to Los Angeles daily from another county, and California is home to the three U.S. cities with the greatest share of workers commuting at least three hours per day.

More broadly, California’s solar rooftop mandate is not cost effective, even judged solely among solar energy alternatives. Residential rooftop solar energy production is twice as expensive as that from large-scale solar production, known as solar farms. This large cost difference reflects economies of scale in managing the operations associated with thousands of solar panels in one location, as well as the fact that solar farm panels can be placed on towers that rotate to follow the sun’s path, which means that the panels directly face the sun throughout the day. This in turn maximizes the amount of power generated, and particularly improves the efficiency of the panels later in the day when residential demand peaks. Because of these efficiencies and cost advantages, solar farms are by far the dominant form of solar installations, accounting for about 80 percent of all new solar installations in 2016.

Solar farms can be located in the desert, which offers maximum sun exposure, and can be constructed on land that may otherwise have little value. Solar farm installations also would avoid another cost of the home rooftop mandate that the commission does not consider, which is that solar panels completely change the aesthetic feature of a home’s rooftop. Many California homes have Spanish-style red tile roofs, which harkens back to the earliest Mission architecture in California. This historical and popular architectural style would effectively be eliminated by the mandated installation of solar panels.

Moreover, the installation of conventional rooftop panels may well be a remarkably dated technology by the time the state’s solar mandate is up and running, as there are important research advances occurring in non-solar energy, which may displace solar in the future. This includes advances in the treatment of carbon emissions, in which carbon is captured from fossil fuel energy, and is then injected into the ground where the carbon ultimately is mineralized. This practice has been used in Iceland since 2012, and shows promise for wider-scale adoption. Researchers have also developed procedures that convert carbon emissions into ethanol. Advances are also occurring in the areas of plant-based energy by increasing plant photosynthesis, in algae and biofuels, and in nuclear energy.

Nuclear energy is perhaps the most promising candidate as an alternative energy source, given its substantial improvements in safety and efficiency.  While consumers are understandably concerned about a major nuclear accident, such as the occurrence at the Fukushima reactor in Japan, recent research shows that the Fukushima accident could have been easily prevented. France, which produces nearly 80 percent of its electricity from nuclear power, has not had a significant nuclear incident since 1980, when a reactor had to be shut down for extended repairs. However, this event had no impact on the health of those living in the area or on the broader environment.

California’s rush into renewables is unwise and premature. Sensibly adopting renewables on a major scale requires waiting until new technologies are developed that can feasibly store renewable energy. Waiting would also allow California to assess alternative options to reduce carbon.

In the meantime, there are straightforward steps California can take to reduce carbon—build more roads and build more houses. Not only will the state use less carbon with those changes, but it will also experience more economic growth.

Editor's note: A shorter version of this essay appeared recently in the San Francisco Chronicle.