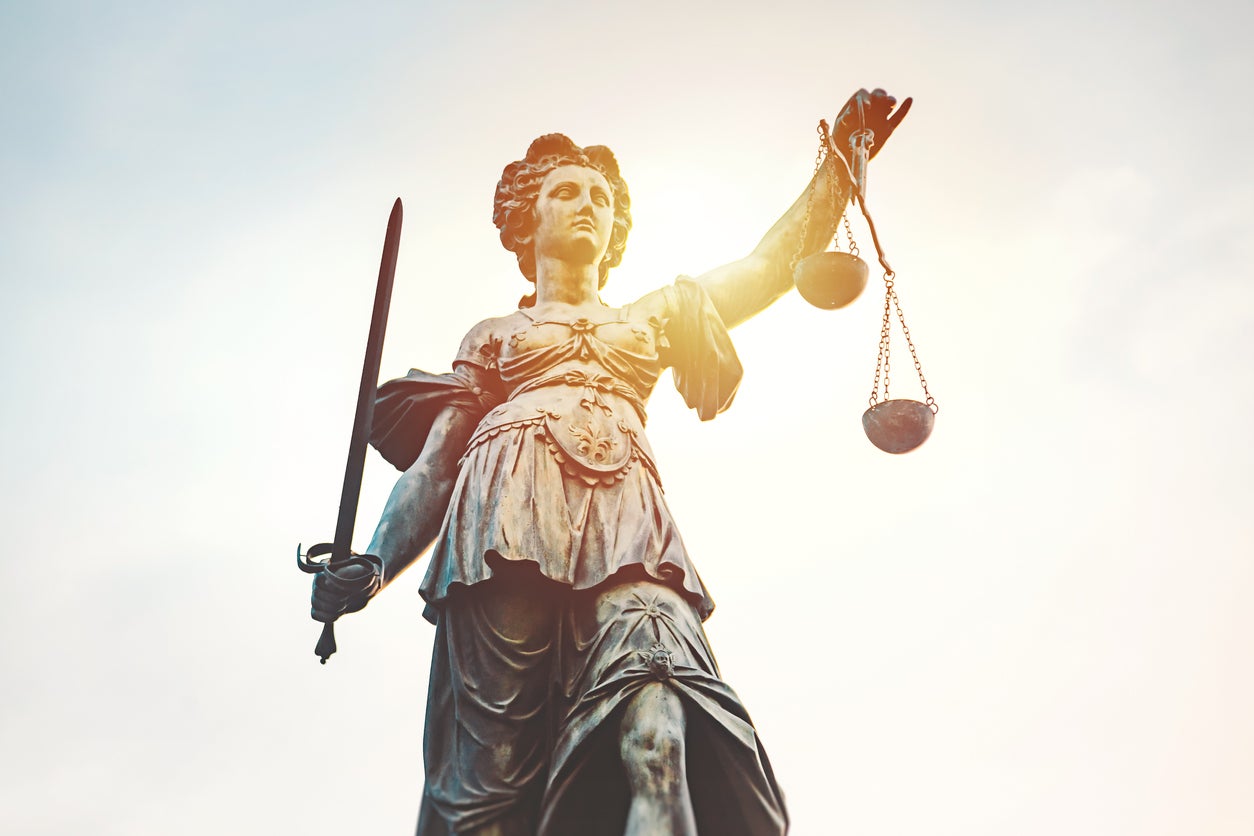 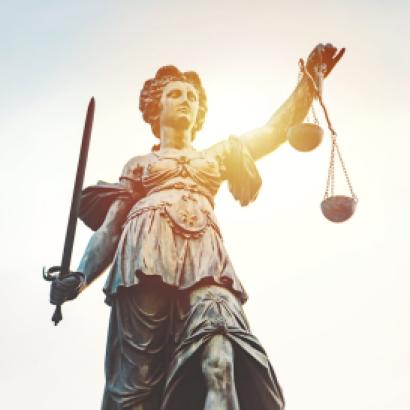 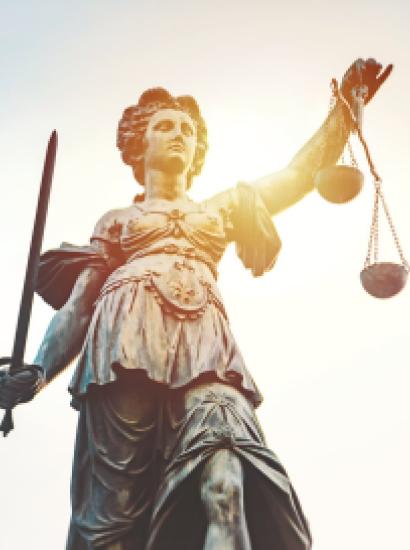 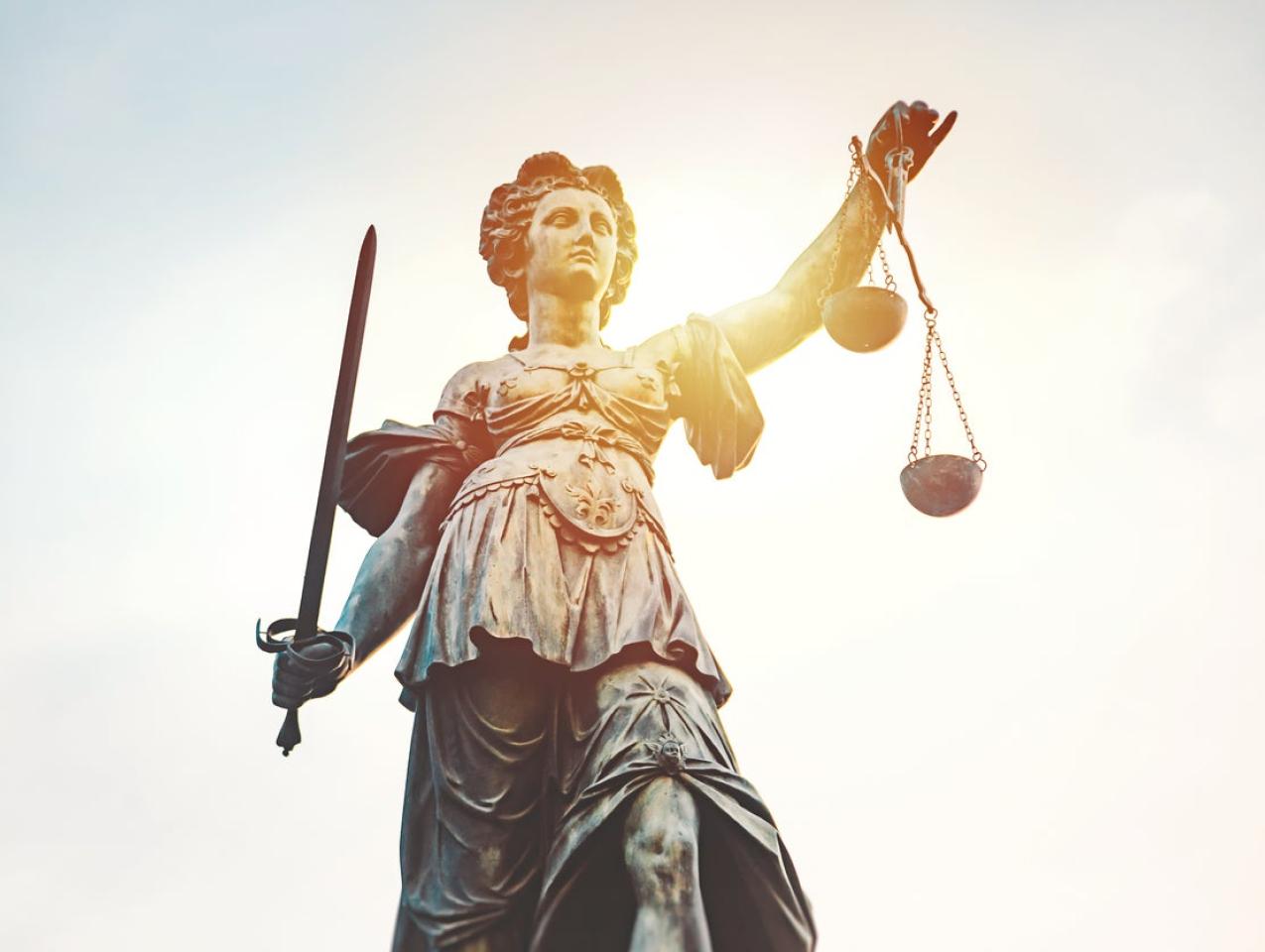 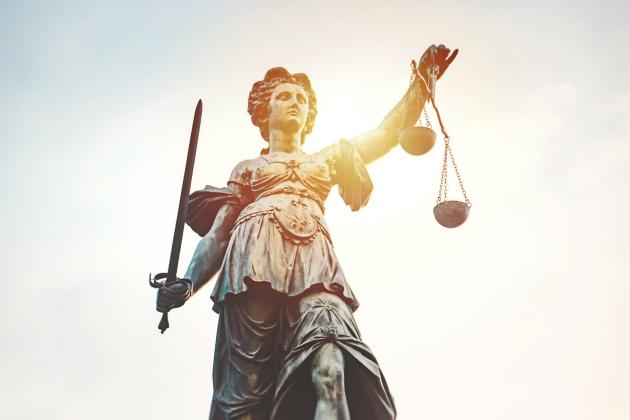 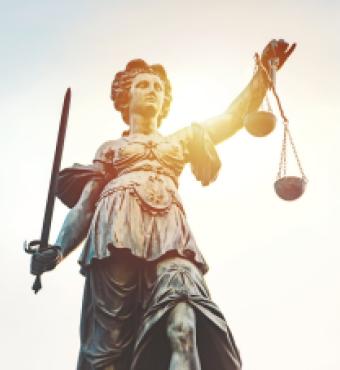 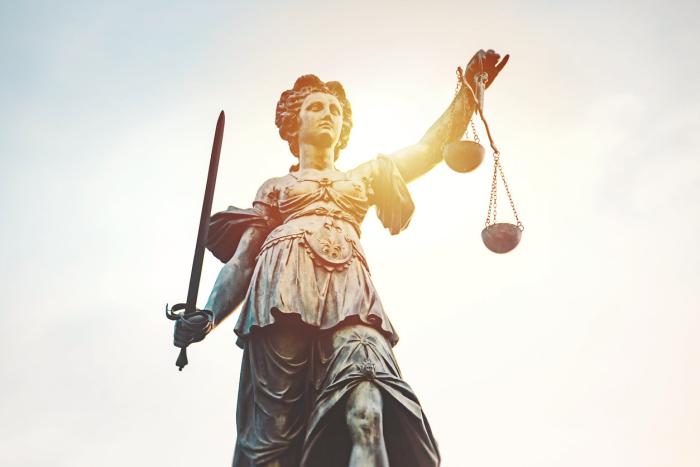 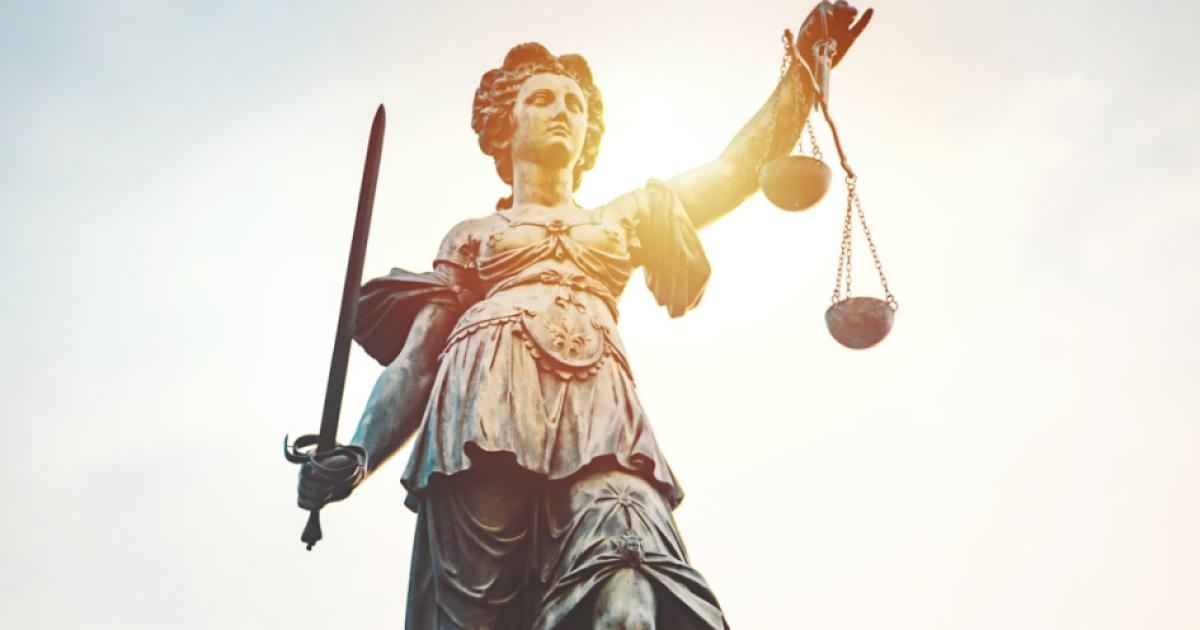 Within the classical liberal tradition, individuals are generally free to do as they please subject to three important constraints: force, fraud, and monopoly. Properly understood, the combination of these constraints works to maximize overall social welfare, not as some abstract good wholly disconnected from ordinary human beings, but as the sum of individual satisfactions in a world of scarce resources where the desires of one person clash with the desires of others. But the success of this social mission depends on giving sound definitions to each of the major constraints on individual liberty. In 303 Creative v. Elenis, the Supreme Court will have the chance to rectify a misguided decision in the Tenth Circuit that has utterly misconstrued all three of these essential pillars. I have signed an amicus brief, along with other law and economics scholars, which urges the high court to overturn the Tenth Circuit.

Lorie Smith, the sole proprietor of 303 Creative, is one of literally hundreds of website designers in her local area. She is a devout Christian who is prepared to serve all individuals, regardless of “race, creed, sexual orientation, or gender,” with one exception:  she will not design wedding websites tailored to gay couples or promote other messages that conflict with her religious beliefs. In this case, she is seeking, pre-emptively, protection from possible sanctions, including fines and an Orwellian re-education regime, that could be imposed on her under the Colorado Anti-Discrimination Act (CADA).

A similar challenge to CADA was before the Supreme Court in the much anticipated, but ultimately toothless, decision in Masterpiece Cakeshop, Ltd. v. Colorado Civil Rights Commission (2018). In 303 Creative, the Supreme Court characterizes the issue as follows:

Whether applying a public-accommodation law to compel an artist to speak or stay silent violates the Free Speech Clause of the First Amendment.

Masterpiece finessed this core issue by pointing to incendiary language from one Colorado Civil Rights Commission (CCRC) commissioner, which was uncontested by any of her six colleagues. The CCRC conducts “hearings regarding illegal discriminatory practices,” such as alleged violations of CADA. The commissioner’s choice words denounced Jack Phillips, the Masterpiece proprietor, for his “despicable” faith, while comparing his religious beliefs “to defenses of slavery and the Holocaust.” But in 303 Creative, the CCRC has taken no steps at all, so that that the ultimate clash over the proper reach of government power is squarely presented.

All parties agreed that CADA addresses only pure speech and not any form of conduct, such that the statute had to be subjected to strict scrutiny. Normally, compelled speech is regarded as the ultimate form of government overreach. In the famous flag-salute case of West Virginia State Board of Education v. Barnette (1943), Justice Robert Jackson struck down the required flag salute, writing:

If there is any fixed star in our constitutional constellation, it is that no official, high or petty, can prescribe what shall be orthodox in politics, nationalism, religion, or other matters of opinion or force citizens to confess by word or act their faith therein.

Yet that is exactly what the Colorado law does when it tells the plaintiff that she must choose between designing websites for same-sex weddings in violation of her religious beliefs or shutting her business down. Her choice here is no better than one that expels a student from school for failing to salute the flag. CADA also allows any person to file a complaint with the Colorado Civil Rights Division (CCRD), which in turn is duty-bound to investigate the complaint. Hence, CADA openly invites testers to fraudulently pose as potential buyers of Smith’s services solely to force the CCRD to investigate Smith, which could only lead to proof of a statutory violation. Nonetheless, over the spirited and sensible dissent of Judge Timothy Timkovich in 303 Creative, Judge Mary Beck Briscoe, writing for herself and Judge Michael Murphy, made two claims that strike at the heart of the classical liberal synthesis on both harm and monopoly:

Here, Colorado has a compelling interest in protecting both the dignity interests of members of marginalized groups and their material interests in accessing the commercial marketplace. Colorado’s interest in preventing both dignitary and material harms to LGBT people is well documented

The Accommodation Clause is, however, narrowly tailored to Colorado’s interest in ensuring “equal access to publicly available goods and services.”

The first point does not point to any “material interest” whatsoever, for all any private party need do is to link up with some other business for a trivial sum. Worse, that point falsely expands the classical liberal definition of harm by assuming that the only dignitary harms that matter are those to lesbian, gay, bisexual, and transgender (LGBT) people, based on their sensibilities alone. At the same time, Judge Briscoe ignores the dignitary harms to Smith in directing Smith to conform to the diktat or abandon her livelihood. Indeed, it is for just this reason that the classical liberal predicate for harm prevention is the threat or use of force, and never the simple refusal to deal in a competitive market. This narrow definition of harm is necessary to prevent state domination over private behavior.

The alleged harm to LGBT people is heavily tempered by their ability to resort to thousands of willing businesses who share their aspirations and goals, many of which might even violate the civil rights statutes by offering services that are explicitly and exclusively for gay couples, a fact that has apparently escaped notice or criticism by the Colorado officials. It is utterly wrong to assume that it is a compelling state interest—on par with preventing violence and fraud—to mandate service on any wedding planner when alternative sources of service are abundantly available for everyone.

Without question, the “marginalized” group today is the small band of evangelical Christians like Smith who wish to be left alone on matters of religion and conscience. On the other side is a politically powerful bloc within the LGBT community that thinks that somehow it cannot survive unless every merchant follows its dictates. In this context, it would do for the Supreme Court to recall its famous Footnote 4 in United States v. Carolene Products, Co. (1938), which warns us to guard against “prejudice against discrete and insular majorities,” which applies to Smith and not to a political movement now celebrating Gay Pride month. At base, here is the choice: either she loses her business, or a potential customer loses one low-ranking supplier. We know which dislocation is greater.

The situation is only made worse by Judge Briscoe’s wholly incorrect account of the relationship between a competitive market and a monopoly market. The distinction matters because, in competitive markets, the refusal to deal is recognized in all cases as the only means to secure efficient contracts. People are allowed to pick whom they wish to trade with and why, and those who are not chosen by one potential trading partner have ample opportunity to find a host of others, just as in this web design market. But a different rule applies to common carriers such as railroads and bus lines, and public utilities that have systemwide monopolies, like gas and electric. These firms have either a legal or natural monopoly and are thus subject to duties to serve their customers on fair, reasonable, and nondiscriminatory terms. The entire system is geared to find the middle ground between monopoly exploitation on the one side, and confiscation of firm wealth on the other. In intensely competitive markets, all goods are rarely perfectly fungible. Hence, the various players always try to find some niche that separates them from their rivals. However, the housing market remains competitive even if the thousands of homes in a given location and price range differ from each other, just as these websites do.

The notion, therefore, that some set of “unique” services makes Smith the only participant in a market of one is bizarre, because it turns a sign of a robust competitive market into conclusive evidence of some mysterious form of monopoly power. No one in the entire history of antitrust law has ever taken the position that sole proprietorships exert the monopoly power of a common carrier, or that every homeowner is a local monopoly. Nor would anyone ever think of preventing two small firms from merging together.

Sadly, if the CCRC is successful in driving Smith out of the wedding website design market, the number of “unique” choices in the marketplace is reduced by one. But if she is allowed to run her business as she chooses, she increases market options for straight and gay couples alike. Behind Judge Briscoe’s confused decision lies the false assumption that markets are efficient only if every potential seller is required to serve every potential buyer. Yet, ironically, the Colorado law does not impose an obligation of universal service, but only selects limited bases on which service cannot be denied. This means that any LGBT baker can refuse to make a wedding cake, or any other cake, because it contains an offensive or disrespectful message. Sometimes the so-called dignitary interests of the disappointed customer count; in other cases, they count for naught.

The Supreme Court should undo the totalitarian ambitions of CADA that make hash of all three of the following vital legal conceptions: (1) selective invocation of dignitary harms without the use or threat of force should never be allowed; (2) the use of fraudulent enforcement mechanisms should never be allowed; and (3) extravagant claims of monopoly power should never justify the imposition of duties to serve. Since receiving the equal right to wed, no LGBT person has ever been denied the ability to access a competitive market featuring all the wedding services they could possibly demand. So why put out of business sellers these buyers never patronize anyhow?