The Case Against Reparations for Slavery

For true racial justice, let's promote the rule of law, deregulate the labor market, and embrace the charter school movement. 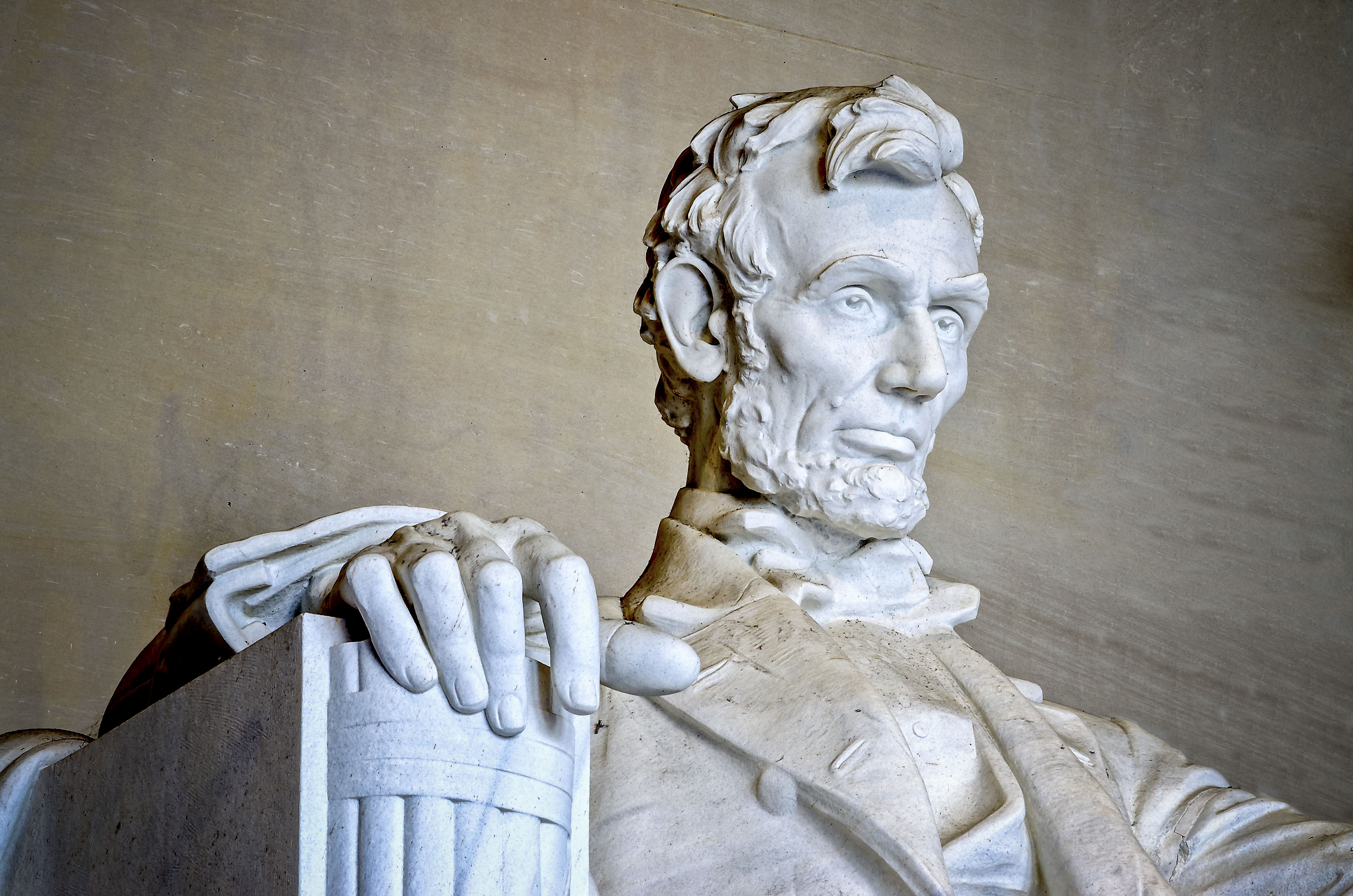 The Case Against Reparations for Slavery 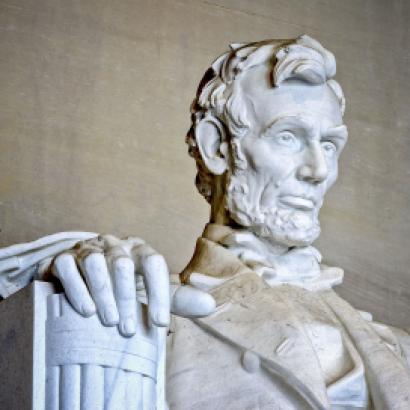 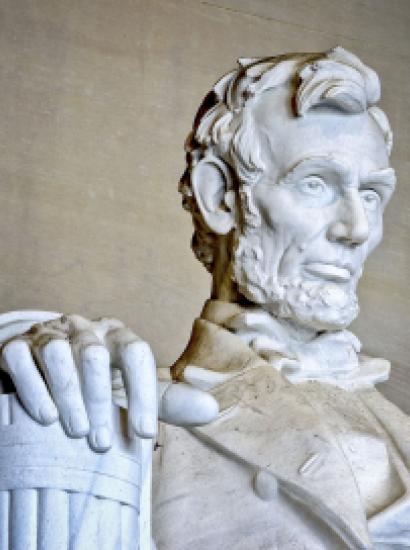 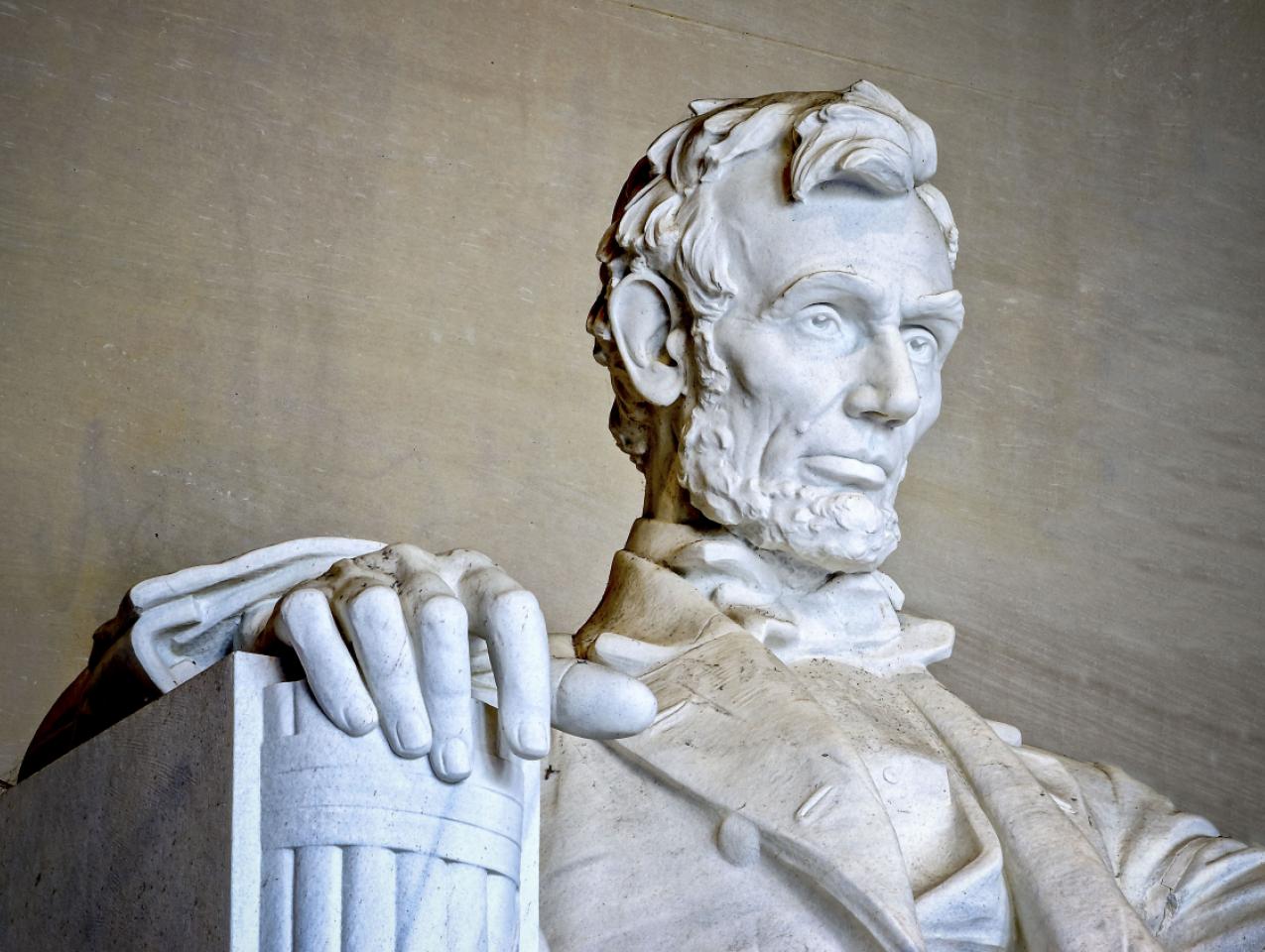 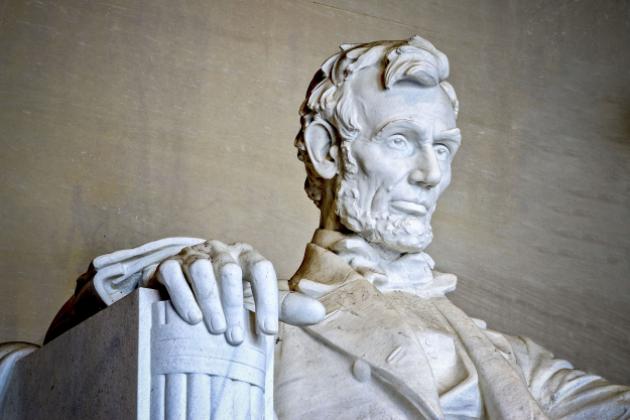 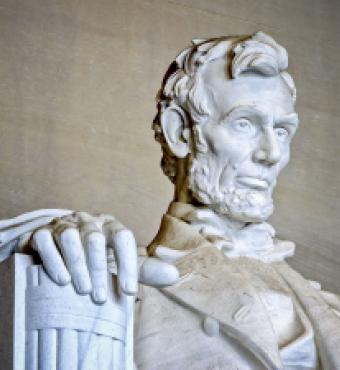 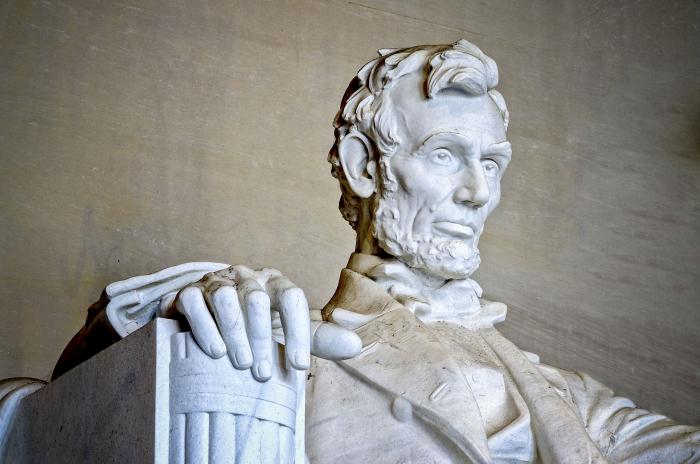 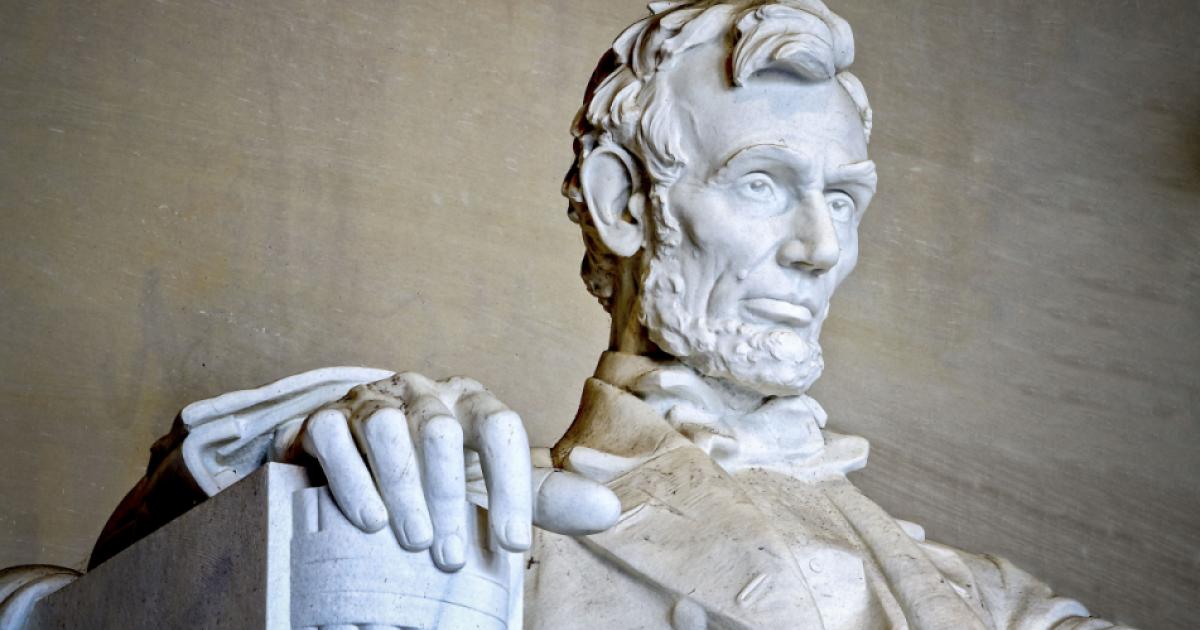 In the most recent issue of The Atlantic, Ta-Nehisi Coates has created a minor sensation with his impassioned article “The Case for Reparations.” Coates pulls no punches. Notwithstanding his earlier doubts on the topic, his current position is crystal clear: “Two hundred fifty years of slavery. Ninety years of Jim Crow. Sixty years of separate but equal. Thirty-five years of racist housing policy. Until we reckon with our compounding moral debts, America will never be whole.” From the point of view of a libertarian who has written against black reparations in the past, I shall assess the strengths and weaknesses of his position before turning to his proposed system of reparations.

The Sins of the Past

Coates writes with an urgency that carries his reader. He is at his best when he describes the various outrages of the American past in ways that are immediately accessible to all readers, regardless of race, sex, age, class, or national origin. Ironically, much of his narrative assumes a libertarian premise, even though Coates’s politics are anything but. The central libertarian principle is that every individual has rights against the rest of the world, to whom he or she owes correlative duties. Most vividly, the fundamental obligations are these: refrain from the use or threat of force; refrain from the use of false words to achieve private advantage; and keep your promises to others, just as you expect them to keep their promises to you.

The first and most powerful corollary to these bedrock assumptions is that no individual should ever be made into the slave of another. That position was well understood in ancient Rome, which developed extensive rules governing the institution of slavery. These rules were all creatures of the positive law, i.e. rules handed down by the sovereign. But at the same time, the Romans well understood that this body of positive law was in hopeless conflict with the natural law by which all men and women were free persons with the full capacity to make the decisions to govern their own lives. Thus Justinian’s Institutes statescategorically: “Slavery is an institution of the law of nations, by which one man is made the property of another, contrary to natural right.” No one should ever sugarcoat slavery in America by arguing that it was justified by the moral code of its time. The truth is that slavery always rested on an assertion of naked sovereign power against those persons who, upon capture, were not capable of resisting its demands.

Coates spends an enormous amount of time detailing the brutality of slavery. He then covers the inhumane conditions under Jim Crow that followed the end of Reconstruction in 1877. Sometimes he goes too far. It was not “Mississippi” that killed Emmett Till in 1955; it was a small band of unidentified hooligans whose despicable actions show why the control of violence is always the first task of any decent state. Nor was it just the illicit use of force that defined Jim Crow; it was the systematic disregard of elementary contractual rights that reinforced this vicious form of racial subjugation.

Coates recounts the plight of one Ruth Wells, who had worked to pay off her contract to purchase a home “only to suddenly see an insurance bill materialize out of thin air—a requirement the seller had added without Wells’s knowledge.” That deliberate breach of contract is in flat violation of libertarian norms. Coates’s ability to pile instance upon instance leaves the shell-shocked reader gasping for breath, because it is a vivid reminder of just how bad things were. One does not have to believe in reparations to recall with horror the sins of the past.

The Folly of Reparations

Considering the evidence Coates presence,a simple question arises: What should be done in response to the many wrongs of the distant and not so distant past? It is here that Coates falters. He is right that slave owners before the Civil War and the champions of Jim Crow afterwards exploited the black persons who lived under these regimes. Coates observes: “In 1860, slaves as an asset were worth more than all of America’s manufacturing, all of the railroads, all the productive capacity of the United States put together.” The tempting conclusion is that African Americans today should recoup the wealth that has, Coates argues, worked its way down to the current generation of Americans.

Sadly, however, Coates fails to note that those resources were largely consumed by the miscreants who extracted them from the backs of slaves. At most a small sliver of wealth was passed down by inheritance for a generation or two. But none of it was shared gratuitously with the rest of the nation. Both slavery and Jim Crow hurt the rest of the population by preventing them from doing business with black workers who held productive jobs. As a general matter, virtually all the wealth that exists in the United States today has been created by the ingenuity of a dizzying array of inventors, entrepreneurs, immigrants, and countless others. No fund of wealth survives the demise of slavery and Jim Crow.

Coates also suffers from acute tunnel vision.  He ignores the contributions of people of all races who fought fiercely against the evils of slavery and Jim Crow. The civil rights movement of the middle of the last century could not have prevailed if white citizens had not supported it. Indeed, many people of all races gave civil rights their passionate all, much like the abolitionists of the century before. Nor does he pay much attention to the extensive affirmative action programs, both public and private, that have gained traction in the post–Civil Rights period.

What Is the Remedy?

Coates is most evasive when discussing a proposed system of reparations. He notes quite properly that “broach the topic of reparations today and a barrage of questions inevitably follows: Who will be paid? How much will they be paid? Who will pay?” These are indeed fair questions, and yet at no point does he attempt to answer them. He endorses John Conyers proposal to form a Congressional committee to seek out “appropriate remedies” for the lingering effects of slavery and segregation, but offers few clues about its mission.

Nor are there easy analogies at hand. One possibility is to try to design some system based on the model of reparations for the internment program of 110,000 Japanese-Americans during the Second World War. But there, the payments were made to specific persons who were direct victims of wrong by the government. No program that seeks to remedy the wrongs of the past 350 years could hope to duplicate that level of precision.

Nor is the analysis of black reparations informed, as Coates suggests, by comparison to the decision of the German government to pay reparations to Israel in 1952 for the unspeakable sins of the Holocaust. Those payments of course could do nothing for the millions of individuals who lost their lives, but they did help the newly-founded Israel to gain strength in the first decade of its life. But the differences between these two cases overwhelm the similarities. Death by lynching in the South deserves emphatic condemnation. But let’s keep the numbers in perspective. We know that “nearly 3,500 African Americans and 1,300 whites were lynched in the United States between 1882 and 1968, mostly from 1882 to 1920.” The Holocaust took nearly 1,700 times as many lives in a four-year period. For that wrong, the payment to a new state was a sensible if incomplete remedy. But to whom should the payments be made here?

Rather than speaking of reparations, we should consider the many constructive steps that could, and should, be taken right now as part of our ongoing social commitments to black Americans. It is striking that Coates makes no mention of the charter school movement, which is working overtime to give less fortunate children of all races opportunities that would be otherwise denied to them. Nor does he ask how to remove the barriers to entry that progressive legislation has placed in the path of minority workers, including such statutes as the antidiscrimination laws and minimum wage laws that Coates presumably supports. These laws make it more difficult for African Americans to get jobs in today’s labor market. Deregulation, by contrast, knocks down barriers to entry instead of erecting them in the name of greater racial or economic justice. Coates should embrace the libertarian principles that explain the injustices of racism to forge a new set of forward-looking policies.

Instead of considering these prescriptions, Coates  doubles-down on policies with a track-record of failure: What we need, he says, is “a program of job training and public works that takes racial justice as its mission but includes the poor of all races.” This misguided solution, which resonates with the Obama administration, ignores the economic decline of African Americans and other disadvantaged persons since the president took office. That situation can only be reversed if writers like Coates grasp the intimate connection between the wrongs that they skillfully expose and the remedies that they inartfully promote.

Killings, beatings, rapes, and double-dealing are all wrongs within a libertarian framework. Enforcing the rule of law, voluntary help, and the removal of barriers to entry to the marketplace are libertarian remedies for such wrongs. Once our policymakers and public intellectuals realize this fact, we will come one step closer to undoing the sins of the American past. Confessions of collective guilt and national apologies just won’t cut it.