Monthly payments are coercive, misdirected, and a step backward toward an even bigger welfare state. Deregulation is a far better approach. 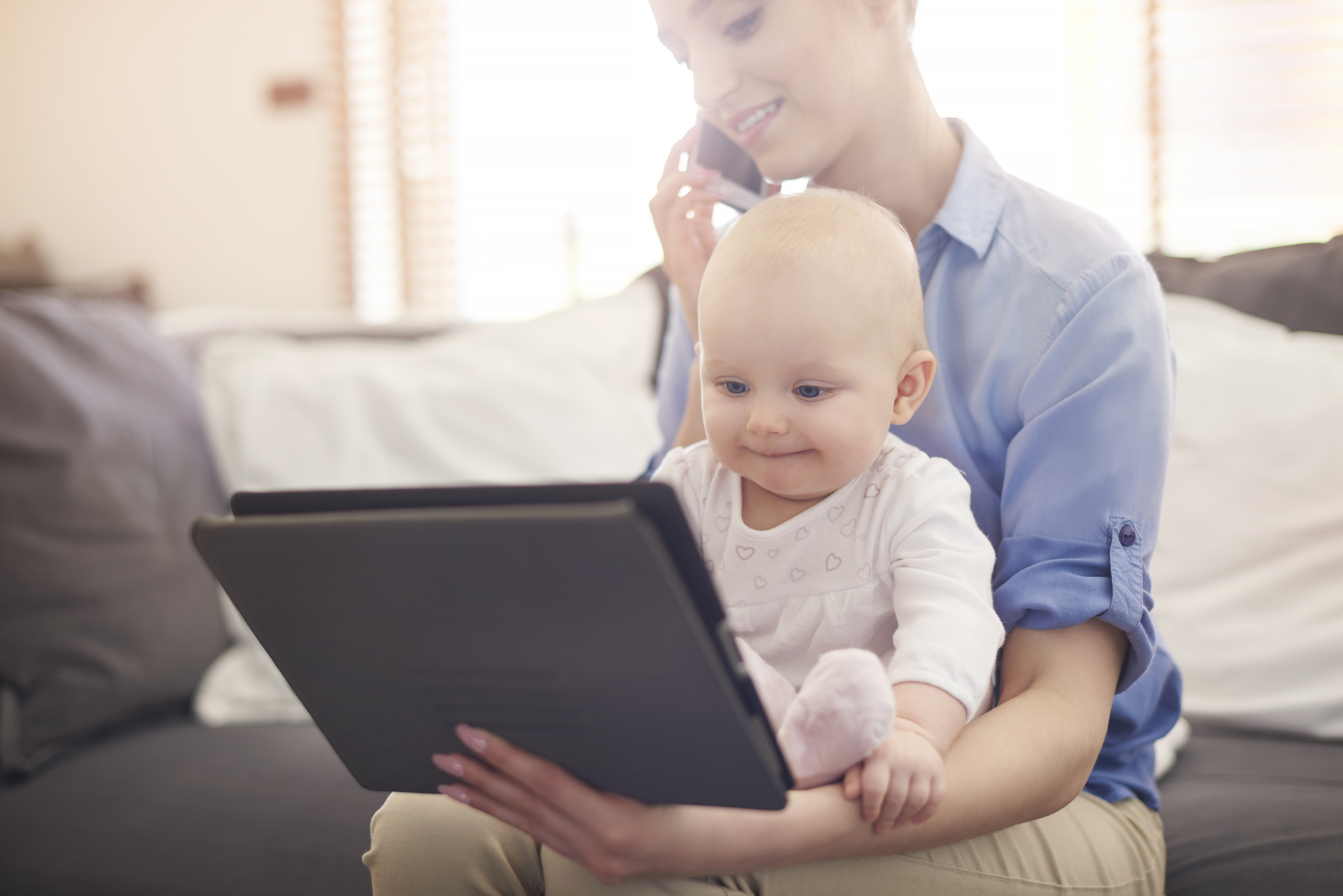 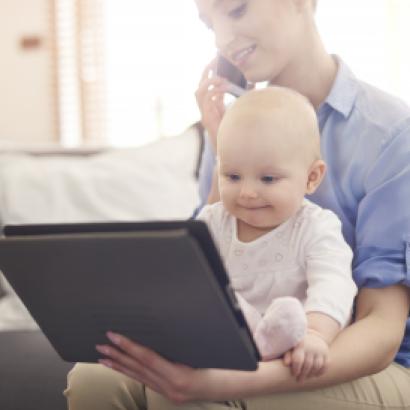 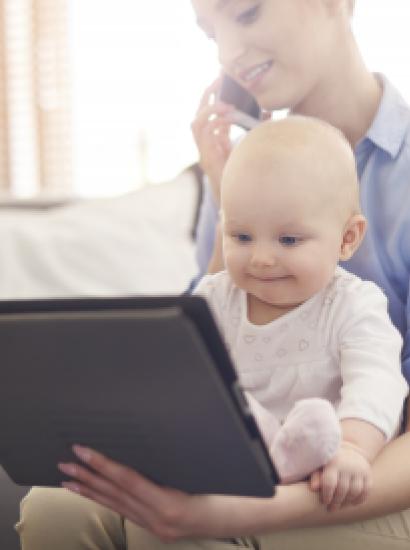 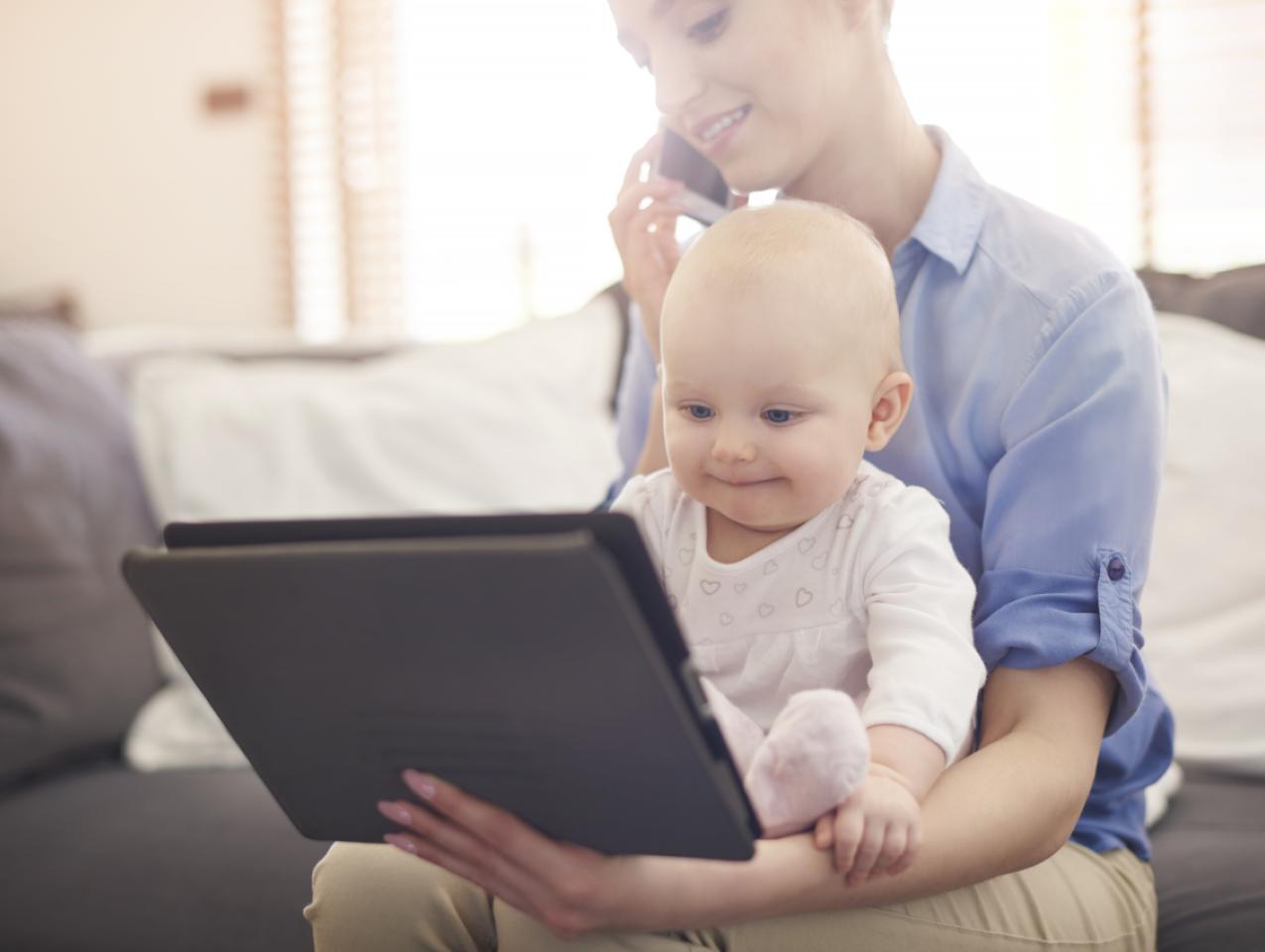 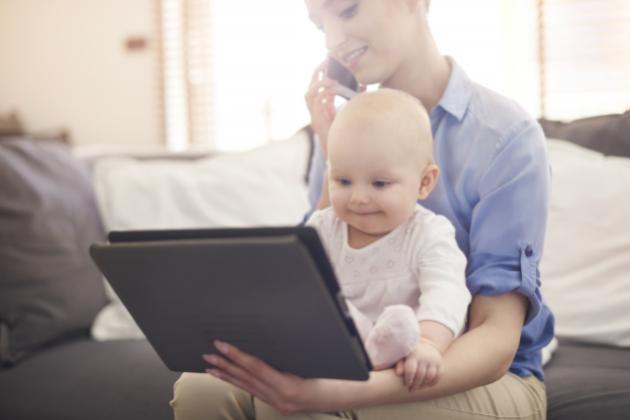 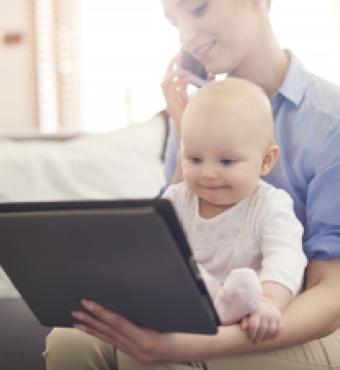 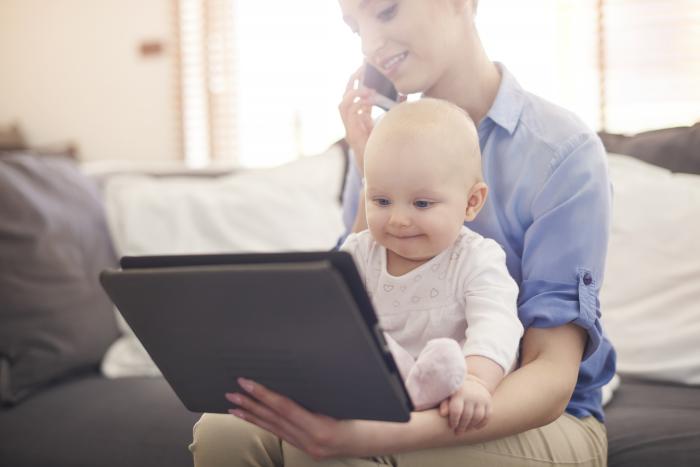 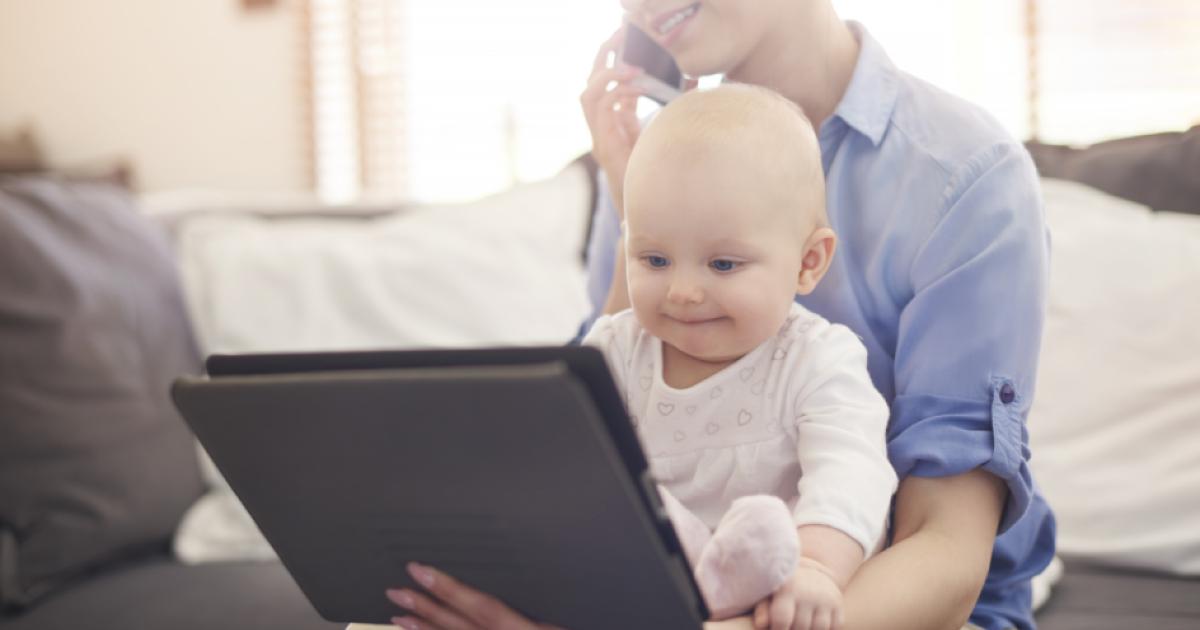 In the recent $1.9 trillion spending bill, Congress passed a measure to give monthly payments to parents with children. Although the measure will expire at the end of 2021, there are moves on both sides of the congressional aisle to implement a permanent child allowance. The amounts are not small. Under the current program that Congress passed, families will get a $3,600 annual tax credit for each child under age six and a $3,000 tax credit for children ages six to seventeen. Many congressional Democrats want to extend the program beyond the end of the year. And Republican Senator Mitt Romney, far from opposing such a program, has recently proposed a child allowance of $4,200 per year for a child under six and $3,000 a year for a child between ages six and seventeen.

Child allowances are a bad idea. It’s wrong to forcibly take money from some and give to others simply because they have children. Moreover, child allowances would create increased dependence, are not targeted at the needy, could reduce the work effort of lower-income women, and would add to the already huge federal budget deficit and debt. Moreover, there are other ways of dealing with the legitimate concerns of those who favor a child allowance, ways that involve not more taxes and deficits but more deregulation, particularly in the areas of housing and immigration.

In what follows, I’ll focus on the Romney bill because that has attracted support from conservatives.

My fundamental objection to the child allowance is that it’s wrong to take wealth from some and give to others. It’s wrong because it involves force. Contrary to a lot of propaganda we hear during tax season, the IRS doesn’t ask you to pay taxes: it forces you.

A child allowance would also create dependency on government. The obvious dependency is of parents. But the other, more insidious longer-term dependency is on the part of children and the related bad lesson they might well learn from the child allowance. The more curious ones will ask, “Mommy, where does that check come from?” And Mommy will answer “the government, dear.” So tens of millions of children will grow up thinking that the government owes them something just for being children.

Another reason the Romney child allowance is wrong is that it’s not targeted at the needy. That lack of targeting is what makes the program so expensive. The Romney bill would grant full child allowances to single income tax filers with income up $200,000 a year and to joint (married) filers with income up to $400,000 a year. My wife is not, like me, a libertarian. Instead, she’s a normal person with a lot of common sense. When I told her that people with incomes that high would get federal subsidies, she said that was absurd. And because the subsidy phases out at a rate of $50 for every $1,000 in income above those limits, even families making $500,000 a year could get a partial child allowance. To put those numbers in perspective, in 2019, median household income was $68,703. If there is a case for per-child payments, the payments should be targeted on people with an income below the median and probably well below the median.

What about the effects on work effort? On that there is a lot of controversy. One economist who has done an admirable job of summarizing the evidence on the issue is Scott Winship, the director of poverty studies at the American Enterprise Institute. Winship notes that strong statements about the effects of child allowances “are not justifiable based on a comprehensive assessment of the literatures.” Nevertheless, he worries that child allowances will undercut the successful welfare reform of the mid-1990s and thereby cause a substantial number of unmarried low-income mothers to stop working.

Something that gives Winship added credibility is that in the 1990s he thought welfare reform would increase child poverty and he now admits that he was wrong. He writes that in the United States, “Poverty among the children of single parents fell from 50 percent in the early 1980s to 15 percent today, with an especially sharp decline during the 1990s.” And whereas only 59.7 percent of single mothers were employed in 1993, just before welfare reform, by 2019 it had risen to 70.1 percent. Welfare reform, he notes, “can be considered as the opposite of the introduction of a child allowance.”

The Looming Federal Deficits and Debt

When former president Donald Trump and Congress failed to do anything meaningful about government spending and thereby failed to reduce the deficit, they failed us. President Biden and Congress have already failed us. But they have also failed children because children have a habit of becoming adults. When they are adults, they will face the problem of the huge federal debt.

Have we seen such numbers before? Yes. When we emerged from World War II, the ratio of debt to GDP was 112 percent of GDP. But that’s because of the all-out effort to fight World War II. At its peak, in 1944, federal spending on the war alone was about 38 percent of GDP. But after that, small budget deficits, occasional budget surpluses, and a growing GDP caused federal debt to fall to only 31 percent of GDP in 1974. Since then it has risen, although in the late 1990s, when President Clinton and a Republican Congress got domestic and defense spending under control, the ratio fell again, from 65 percent in 1995 to 55 percent in 2001. Since 2001 it has risen almost every year.

This means that by 2031 we will reach a record. We have never in US history reached 113 percent.

So the urgent need is to get federal spending under control. This means slowing the growth of Medicare, Medicaid, and Social Security, the three programs most responsible for the coming federal deficits. But it also means not adding major new programs.

And it bears repeating that, deficits and debt aside, it doesn’t ever make sense to introduce a program to give per-child payments to people with way more than the average family income.

Let’s go back to fundamentals. Why are we in the situation we’re in, where housing is expensive, particularly on the West Coast and in the Northeast but even increasingly in places like Bozeman, Montana? And why can’t many parents afford day care?

The answer is regulation. The solution is deregulation.

Lawrence Katz at Harvard University is probably one of the top ten labor economists in the country. What I hadn’t known before reading Golden Gates, by New York Times reporter Conor Dougherty, is about the commencement speech he gave in 1981 when he graduated as UC-Berkeley’s top economics undergrad.

Katz devoted his whole speech to one of the main causes of the high price of housing in the Bay Area: restriction of supply. He pointed out something that few of his classmates probably knew. He pointed out that just a decade earlier, “California house prices were not much greater than the national median.” And increasing restrictions in supply, decade by decade, have put coastal Californian housing even more out of reach not just for lower-income people but even for middle-income people. Much of the rest of the urban United States has followed California’s lead.

Let’s deregulate housing. There’s a burgeoning YIMBY movement. Let’s help them achieve their goals, which would make housing more affordable and, as a bonus, increase respect for property rights.

How about child care?

Journalist Matt Yglesias recently wrote One Billion Americans, in which he advocates substantially loosening immigration restrictions. He points out how expensive child care is and utterly fails to see that the expanded immigration he advocates would go a long way to bringing down the cost of child care. Instead he advocates a large Romney-style child allowance. But allowing millions of people, probably disproportionately women, into the United States from poor countries around the world would substantially bring down the cost of hiring a nanny. It would not be hard to get fifty million immigrants from other countries in a period of, say, ten years. They would benefit and many current US families would benefit from a dramatic fall in the cost of child care. And that would happen without a child allowance and the related costs to taxpayers, present and future.

I recently debated economist Samuel Hammond of the Niskanen Center on the Romney child allowance proposal. [Disclosure: Bill Niskanen, after whom the center is named, was one of my two bosses at President Reagan’s Council of Economic Advisers. Further disclosure: the center is misnamed; on many issues on which the Niskanen Center takes sides, Bill Niskanen would be on the opposite side.] Hammond, who is director of poverty and welfare policy with the Niskanen Center, and co-author Robert Orr, recently published The Conservative Case for a Child Allowance. In it they defend the Romney proposal. To their credit, they do back up their case with a fair amount of evidence, although having read their study and Winship’s The Conservative Case Against Child Allowances side by side, I found Winship more persuasive.

The Romney child allowance proposal is a bad idea. It would be bad even if we had a zero deficit and zero federal debt because it takes from some and gives to others. What makes it worse is that it gives to families with incomes of $400,000 and more. And what makes it particularly bad in our time is that we are facing enormous, unprecedented deficits and federal debt.

If we can get governments to quit slowing the growth of housing, we can get much of the urban United States to a point in, say, ten years, where middle-income people with children and even some lower-income people with children can more easily afford housing. If we allow a few million more immigrants per year, we can be at a point in ten years where tens of millions more people can more easily afford to hire child care. Let’s move in that direction—freer housing markets and freer labor markets—and not reduce people’s freedom to own their own wealth.