Is China An Economic Threat?

A look at the facts behind the political rhetoric. 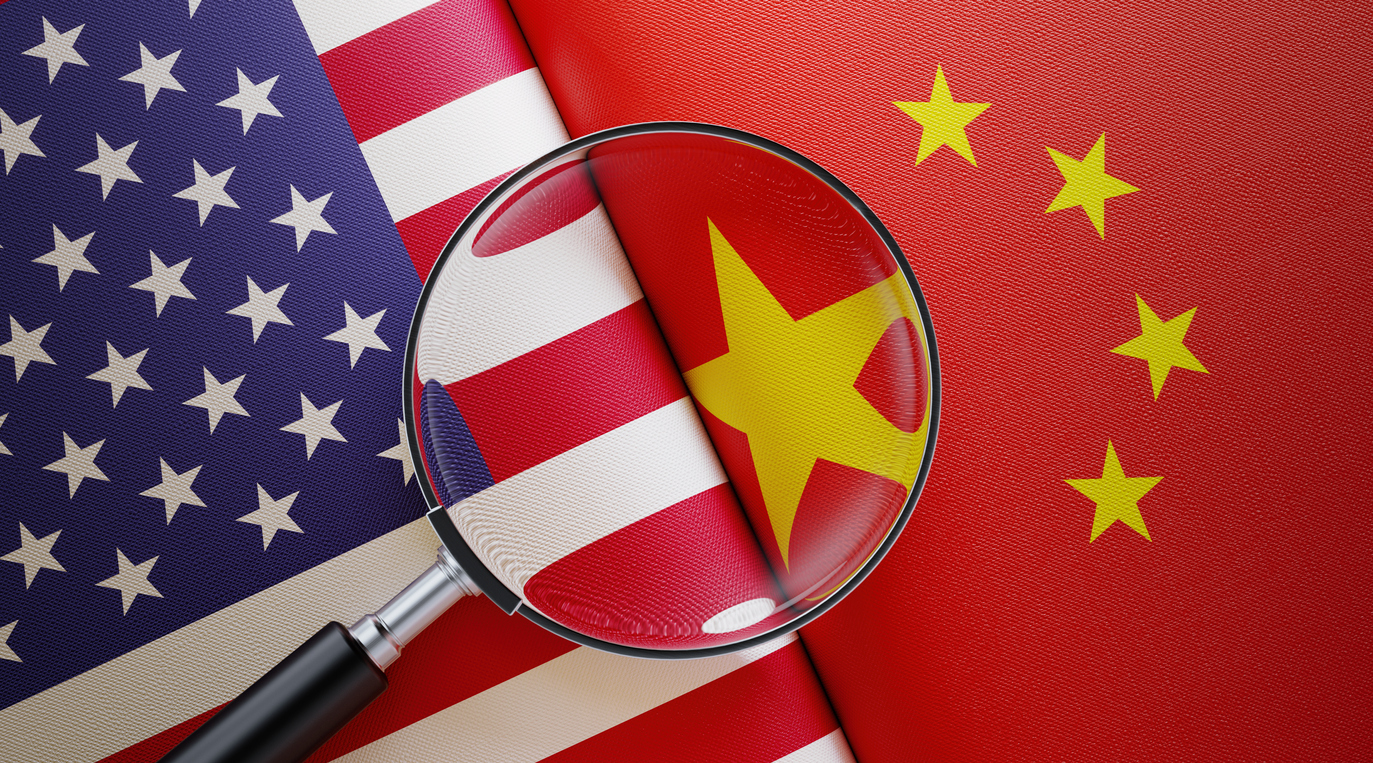 Is China An Economic Threat? 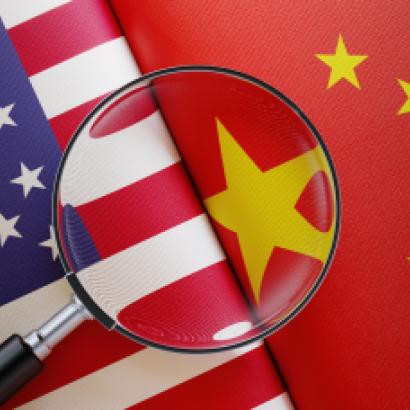 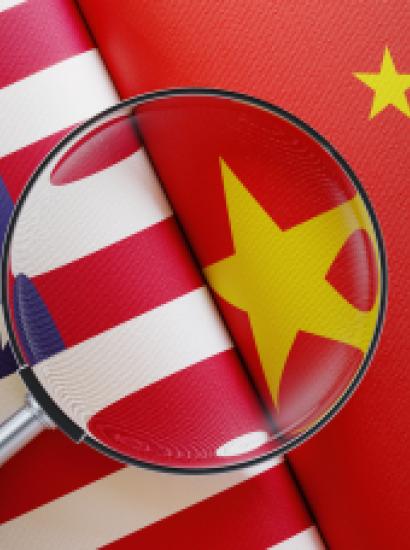 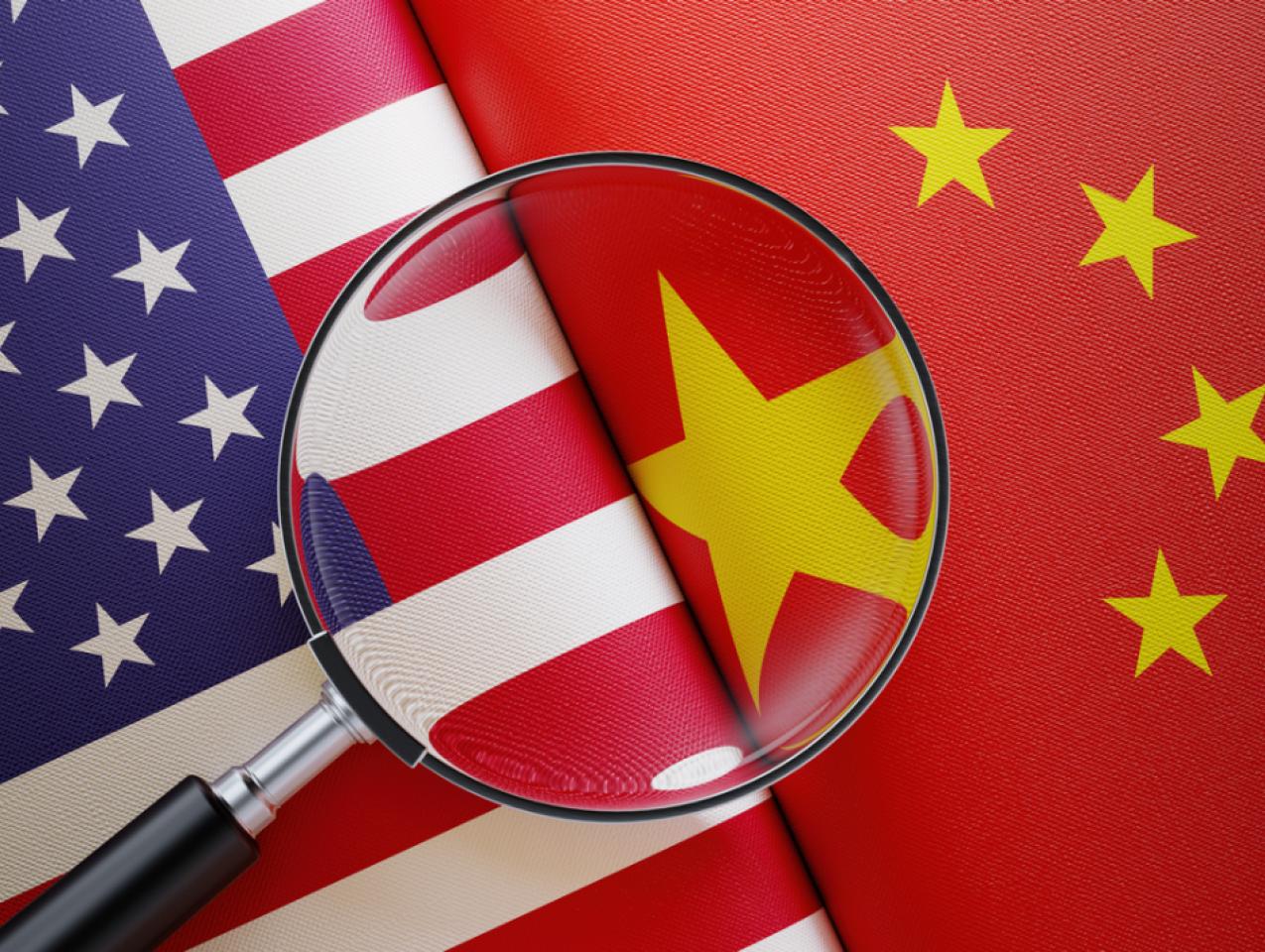 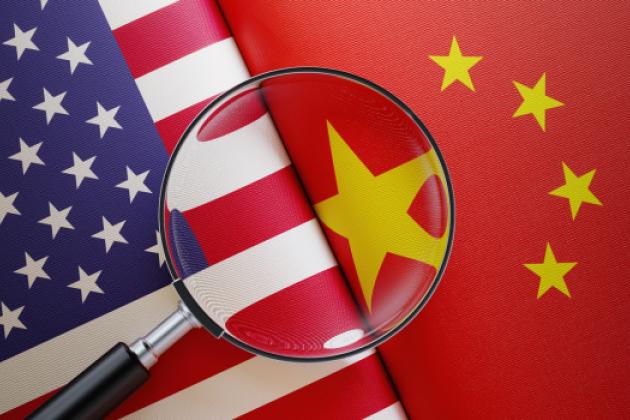 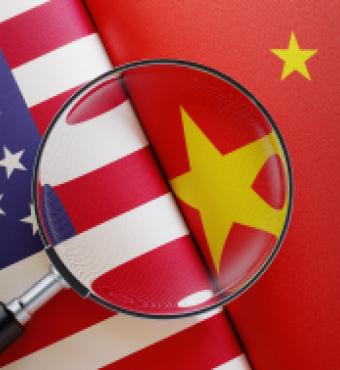 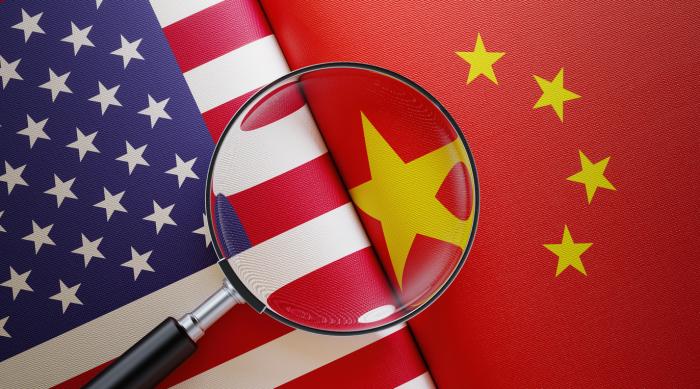 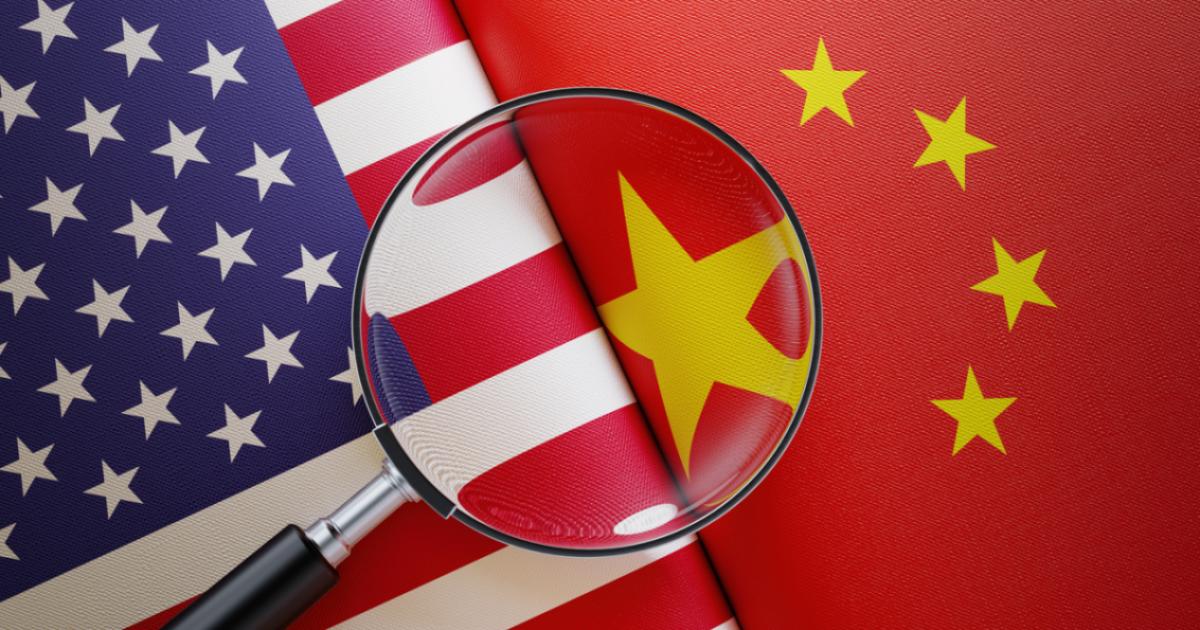 It seems that more and more Americans, pro-Trump or not, are concluding that trade with China is a threat to the United States. The objections are typically one of three: (1) freer trade with China after it was admitted to the World Trade Organization (WTO) in 2001 has cost U.S. manufacturing jobs; (2) the Chinese have thrived by stealing our intellectual property (IP) and that has made Americans worse off; and (3) the Chinese will use some of their progress in cybertechnology to engage in surveillance of Americans.

Each of these objections contains a kernel of truth. But the objections together are not nearly enough to offset the huge gains that Americans reap from freer trade with China.

A true story: 10 years ago, I was shopping for paper clips in a Staples store in Seaside, California. A man shopping in the same aisle was picking up boxes of paper clips, examining them closely and, angrily it appeared, tossing them back in the bin. A Staples employee approached and asked him what was wrong. The following dialogue took place.

Customer: Do you have any paper clips made in America?

Customer: Then where can I buy staples made in America?

The customer left enraged. I picked up a box of paper clips and took them to the cash register where I proceeded to pay for it.

As I left the store, I thought that maybe I could do the same thing at other stores that he had done at Staples. I could go to Starbuck’s and ask, “Do you have coffee made in America?” When I found out that they didn’t, I could leave the store angrily. Then I could go to my neighborhood Safeway and ask, “Do you have bananas grown in America?” When I learned that they didn’t, I could throw the bananas back in the display and storm out.

Would my hypothetical actions make sense? No. The reason is that we buy coffee imported from Colombia and other countries because it’s cheaper to produce there. Bananas are imported from Guatemala, Ecuador, Costa Rica, and a few other countries because they’re cheaper to produce in those countries. (A tiny percentage of world banana production, actually 0.01 percent, is in Hawaii and Florida.) Could we produce those items here and have high quality? Probably. But we would have to build expensive hothouses to do so. That would be so much more expensive than buying imports.

Everyone, I think, recognizes that producing coffee and bananas domestically doesn’t make sense. But the same principle applies to other items, whether they be tires, steel, or aluminum. If, for a given quality, it’s less costly to buy imports than to produce ourselves, we are better off doing so.

Why, then, do we hear so much criticism of trade? The answer is that when trade increases, some workers in the U.S. industries that face new competition will lose their jobs. Economists can show that the losses to, say, the thousands of workers newly unemployed in a particular U.S. industry are substantially less than the gains to the millions of American consumers who get a better deal on their purchases. Take a plausible example. As a result of trade opening up with another country, 10,000 workers in a U.S. industry lose their jobs and the next job they go to pays $25,000 a year instead of $30,000. The annual loss to them is $5,000 each, for a total of $50 million. And because it takes many of them at least a few months to find another job, there’s an extra loss of $5,000 each, bringing the loss from unemployment to another $50 million.  But 10 million consumers gain $20 per year in savings, for a total of $200 million. The gains from trade substantially outweigh the losses.

In a 2016 study, MIT economist David Autor and co-authors David Dorn of the University of Zurich and Gordon H. Hanson of UC San Diego estimated that increased trade with China between 1999 and 2011 caused the loss of approximately 2.4 million U.S. jobs. Even in an economy the size of ours, with, in normal times, over 150 million jobs, that’s a large number. But the gains from that trade are huge. In a 2018 study, Xavier Jaravel of the London School of Economics and Erick Sager of the Bureau of Labor Statistics estimated that consumers gained $202 billion from trade with China. Divide $202 billion by 2.4 million jobs lost and the gain to U.S. consumers amounts to over $84,000 per job lost. (Jaravel and Sager estimate the gain per job lost at over $101,000 because they compare it to a 2013 Autor et al estimate of 2 million jobs lost.)

Moreover, Autor et al’s estimates of job losses due to trade with China are on the high side. A number of other studies have found much lower job losses. In a 2017 Vox article titled “NAFTA and other trade deals have not gutted American manufacturing—period,” UC Berkeley economist Brad DeLong argues that even if China had not been admitted to the WTO, its exports would have surged, just not as much. His back-of-the-envelope estimate was that admitting China to the WTO created 200,000 more manufacturing jobs in industries that exported to China, and destroyed 500,000 jobs in industries competing with Chinese imports. The net result: a loss of 300,000 jobs, not 2 million.

You might worry that the consumers who gained disproportionately from freer trade are the higher income ones. The truth is the opposite. In a 2008 study, University of Chicago economists Christian Broda and John Romalis found that between 1994 and 2005, prices of the bundle of goods bought by households in the lowest tenth of the income distribution rose by six percentage points less than prices for those in the top tenth. One third of this six percent, they write, was associated with the increase in Chinese imports. That makes sense. Where, after all, do lower-income households shop disproportionately? At places like Walmart and Target, which are also places where a relatively large percent of the goods sold are from China.

Interestingly, in a 2019 article in Foreign Policy, deputy news editor Michael Hirsh quoted Autor: “One could say that there was something of a guild orthodoxy [among economists]: The key dictum was that policymakers should be told that trade was good for everyone in all places and times.”

Since 1976, when I earned my Ph.D., I’ve thought of myself as a member of the “guild,” that is, the economics profession. But somehow I missed that memo. More important, every other economist I know or read who talks about trade missed that message also. Indeed, I have yet to meet the economist who denies that trade is bad, especially in the short run, for those who must compete with cheaper imports. But, as noted above, the benefits of trade with China greatly outweigh the costs and go disproportionately to lower-income households.

The second objection to trade with China is that Chinese companies violate the IP rights of patent and copyright owners in other countries, including the United States. That’s true, but here’s what often doesn’t get reported: WTO rules cover IP violations and we have a better shot at making China obey the rules if it’s in the WTO than if it’s out. In his first-rate analysis of the issues with China trade, Cato Institute trade specialist Scott Lincicome pointed out that when other governments litigate against unfair Chinese practices, they often win. Moreover, when they do win, the Chinese government and Chinese firms tend to comply.

What about the third objection to trade with China: namely, that it can use various apps to surveil Americans? Again, just as with the other two objections to trade with China, it’s true. But in the major recent alleged case of such surveillance, TikTok, it’s hard to see how that’s a problem. In an August discussion, Hoover economist John Cochrane challenged Hoover historian Niall Ferguson and Hoover national security expert H.R. McMaster to back their view that TikTok was dangerous for Americans. Ferguson argued that TikTok is addictive for young people. I’m sure it is, just as computer games are, but that has nothing to do with China.

McMaster argued that TikTok is collecting data on Americans, especially young people. I’m sure that’s true also, just as Facebook and Instagram do the same with different audiences. But how does this hurt Americans in any important way? As Julian Sanchez of the Cato Institute wrote recently:

One can imagine how such information might be abused by a government interested in monitoring its own citizens, but it’s harder to articulate any coherent reason midwestern teens posting cat videos should be fearful that Maoists are scrutinizing their system settings or geotags.

People cut a lot of slack for dance performances by young women, as we learned when a video was leaked of Alexandria Ocasio-Cortez dancing while a student at Boston University. My own reaction was that she was a heck of a dancer.

H.R. McMaster argued that the Chinese government wants to “weaponize data.” He’s probably right. But how exactly do you weaponize data of, say, young women dancing? Interestingly, his best example of the Chinese government scooping up data that could hurt Americans was the Chinese government’s hacking the confidential government-held data of millions of federal employees a few years ago. That was serious. But notice that they did that without trade. Moreover, poor security by the U.S. federal government made the hacking easier than otherwise. I was a U.S. federal employee in 2015 when the hacking occurred and Beth F. Cobert, Acting Director of the Office of Personnel Management, wrote to tell me that my data were hacked. Here’s one excerpt from her letter:

She added, “Our records also indicate that your fingerprints were likely compromised during the cyber intrusion.”

I clearly recall that the hacked form I filled out the year before asked me if I had engaged in adultery in the last seven years. That was important, you see, because the U.S. government needed to know if I could be blackmailed. Fortunately, my answer was no, but notice that the U.S. government  had made it easier for the Chinese government to blackmail federal employees who answered yes.

It’s data like that that I would like the federal government to protect, not pictures of young girls dancing.

President Trump, who came to power with the goal of “draining the swamp” is, with his order that TikTok be sold to an American company, reducing economic freedom and deepening the swamp. In this way, the TikTok controversy highlights, in plain sight, a real threat to our freedom: the threat from our own government.