What should we do and how? 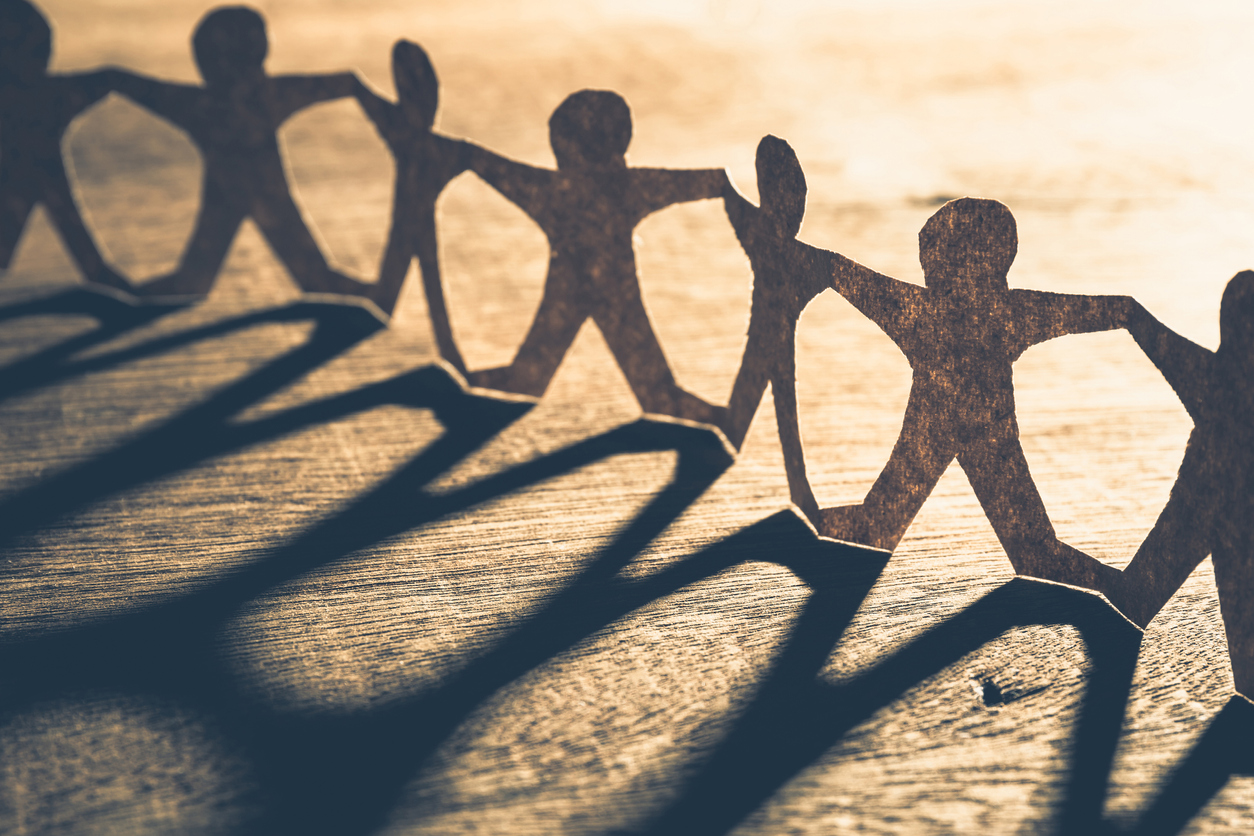 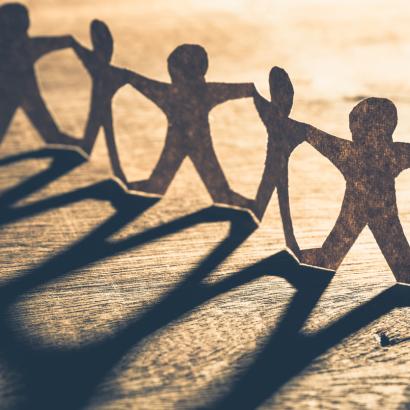 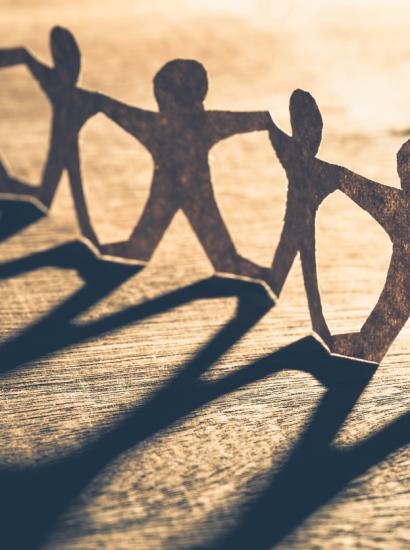 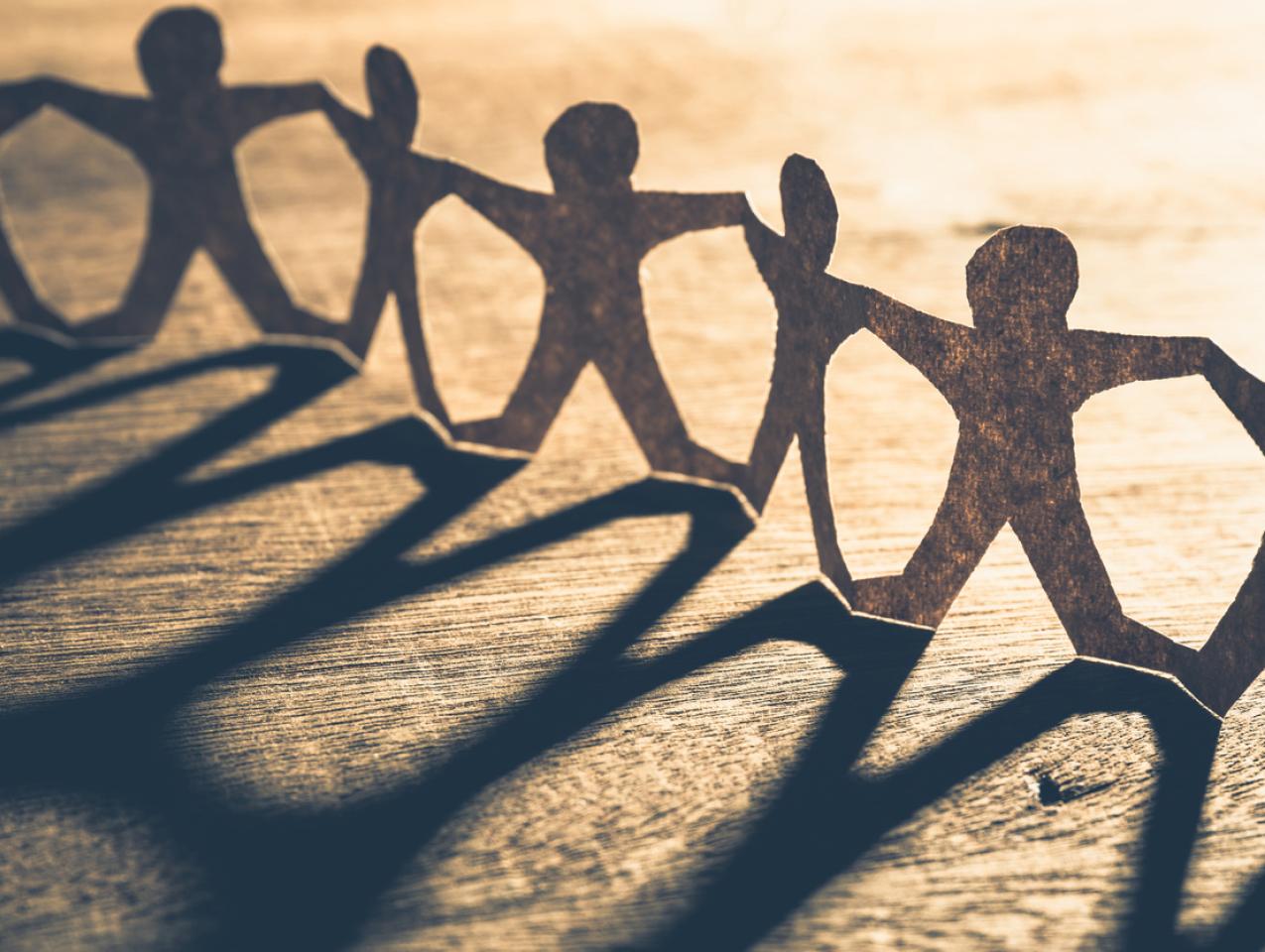 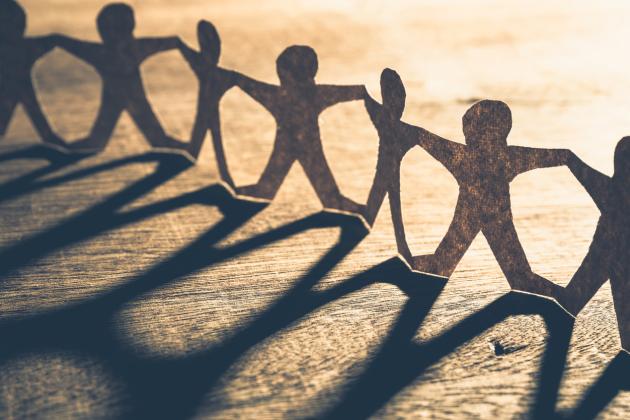 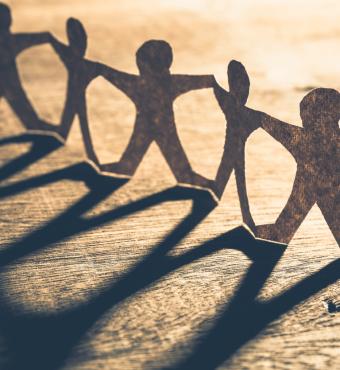 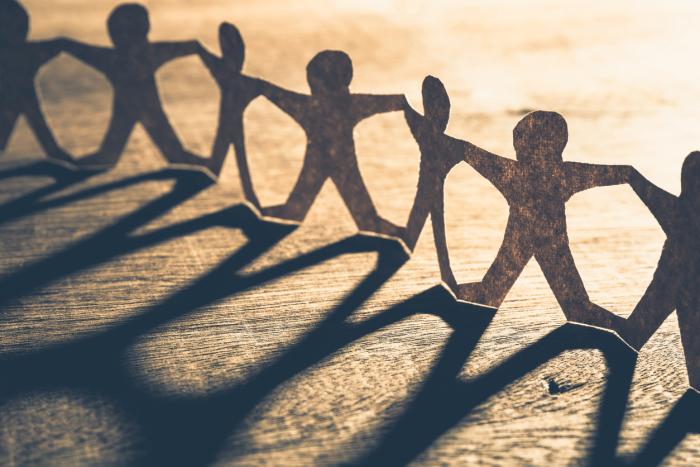 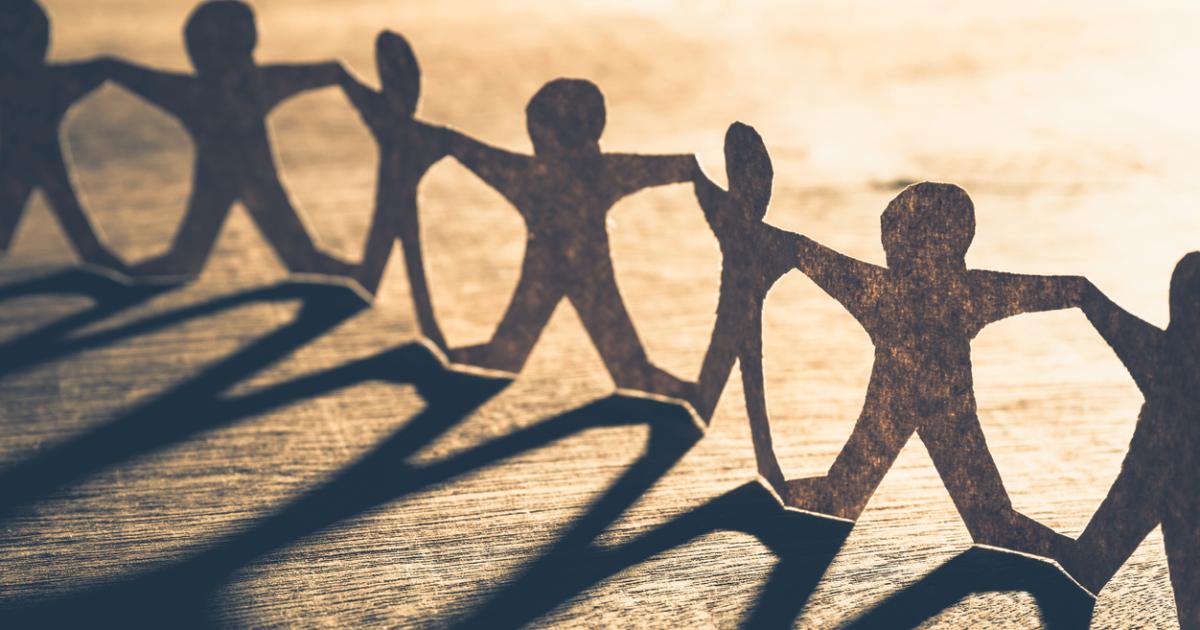 Perhaps George Orwell was thinking of a moment like this when he said, “We have now sunk to a depth at which restating the obvious is the first duty of intelligent men.”  The obvious now is that the Republic faces a seemingly overwhelming number of crises.

Only half the people vote (58% in 2016, only 44% in 2018).  The government is virtually shut down by polarization and gridlock even when it is not actually shut down by the failure to approve any spending authority.  The US Senate, once known as the greatest deliberative body in the world, hardly deliberates any more.  Instead, we have government by executive order, national emergency and war.  Judicial appointments have become Armageddon.  We cannot solve our border and immigration problems. Meanwhile, our airports and roads are decaying, the national debt is out of control, and healthcare is a mess.

What is not so obvious, however, is that these are merely manifestations of a more profound problem:  the civic education crisis.  Over the years, I have come to understand that politics is only the topsoil of our national life.  In the deeper soil are questions of actual policy:  what should we do and how?  But deeper still is the root system, the culture and values that sustain and motivate national life.  The tap root that feeds the root system in America is the troika of education, family, and faith.   As those roots decay, civic education withers.

Civic Education in America Has Decayed

By almost any measure, the quality of civic education in America has become a national crisis.  The Nation’s Report Card, as the National Assessment of Educational Progress testing is called, last showed that only 18% of 8th graders were “proficient” or better in US history, 23% in civics and government.  More troubling, only 1-2% scored as “advanced” in these fields.  A recent study by the Woodrow Wilson National Fellowship Foundation found that only 36% of Americans could pass the citizenship test that is part of the immigration process, a test that immigrants pass at a 97.5% rate.  A 2017 Annenberg study reported that 75% of Americans do not know the three branches of government and 37% could not name one right in the First Amendment. Young people say they like socialism but it is clear that they do not understand what that means.  And yes, it is true that there are students who think Judge Judy is on the Supreme Court and the Cold War was caused by climate change.

Finally, some Americans are awakening to the fact that there is a serious problem.  Students themselves have discovered the problem, with several high schoolers suing Rhode Island officials in federal court over the poor civic education they have received.   In a feature article last year, the New York Times observed, “in the age of Trump, civics courses make a comeback.”  Several states are considering a strengthening of civic education requirements and foundations are considering major initiatives in the field.  By now, however, the problem is so deeply rooted as to require an all-out effort at several levels.

The brief answer to why we have a crisis in civic education is that it is no longer a priority.  In 2011, the federal government essentially halted its financial support for civic education.  Although the Every Student Succeeds Act restores some funding, the federal retreat sent a message.  Testing also conveys a message:  What we care about, we test.  The NAEP tests in American history and civics are only given at the 8th grade level now—no longer in 4th and 12th grade—and only every few years.  State requirements for civic education are low, with most states only mandating a one-semester course in high school.  Even STEM initiatives, which have attracted hundreds of millions of dollars in both federal and private funding, have had the unfortunate effect of crowding civic education out of the curriculum.

Teachers and textbooks are also key components of the civic education problem.  Teachers graduating from schools of education are taught pedagogy—how to teach—but are generally not required to take extensive coursework in the content of what they will teach.  Over 80% of colleges do not require a course in history or government.  As a result, we have teachers who, themselves, do not know enough about history and civics to be excited and confident about these subjects and to teach them well.  Textbooks are, at best, boring and at their worst biased.  One of the most widely used textbooks, A People’s History of the United States by Howard Zinn, presents only the dark side of America, with Columbus coming to plunder gold and kill and the Founders motivated primarily by their private property and wealth.  As Gordon Lloyd, professor emeritus at Pepperdine University has said, “It’s hard to love an ugly founding.”

Then, too, civic education in many schools has taken a back seat to its shiny new companion civic engagement.   Instead of courses on how the government works, countless schools have prioritized students undertaking volunteer work in the community or protesting government action in the name of civic education.   Indeed, based on the energy students demonstrated protesting guns on campus last year, a number of cities and states are considering letting 16-year olds vote, as a handful of municipalities already do.  While having students engaged in politics and community activities is fine, putting the cart of civic engagement ahead of the horse of civic education is not.

While it might be nice if a billionaire were to make a major investment in improving civic education, as Bill Gates has done for global health, or if a major national movement like the one that has advanced STEM education came together, the good news is that there are a number of smaller, achievable steps that could make a real improvement in civic education.

First, states need to step up to the plate and make civic education a priority for their schools.  Fortunately, federalism is alive and well in education and states are able to take the initiative in curricular and graduation requirements.  Presently, only nine states (plus the District of Columbia) require a full year of student coursework in government and civics.  Further, civic education should not wait for high school but should instead begin in elementary schools and continue through the grades.  Only two states require middle school civics.  On the other hand, Florida has begun an emphasis on civics in elementary school and its results are improving.  There needs to be a study of best practices that might be adopted at the state level and a concerted effort made in state capitals to implement a greater emphasis on civic education at all levels.  States can also provide the kind of funding needed for teacher training and development, since very little is accomplished in the classroom unless teachers are truly prepared with the necessary content and enthusiasm to lead the charge.

Second, we should consider further testing of civic education.  I am not the biggest fan of standardized testing in schools but, if you are going to test, what you choose to test, or in the case of civics not test, delivers a message about what is important.  One proposal is that students should have to pass the same citizenship test administered to immigrants in order to graduate.  Some 20 states have adopted a version of this and others are considering it.  The test is not that difficult and I am not certain it is the best measuring stick toward which a strong civic education program should strive, but it is worth discussing.  We should return to administering the NAEP exams in history and civics in earlier grades, even as we strengthen civics course requirements in those grades.

Finally, we should acknowledge that the content of civic education is important and we may need debate and discussion about what teaching civics actually means.  Is civic education, as some on the left prefer, an understanding of current issues of civil rights and inclusion?  Or is it, as some on the right argue, a basic understanding of the Constitution and how our government works?  A possible breakthrough in this regard has been pioneered and advanced by the Ashbrook Center in Ohio:  the use of primary documents to teach history and civics.  As a supplement, or even a replacement, for boring and biased textbooks, the Ashbrook Center has trained and retrained thousands of teachers to teach using primary documents, which includes not only the Constitution or Declaration, but also speeches and documents of the time.  Teachers report that recreating the debates of historic eras creates far more excitement in the classroom and test results show an improvement in student learning.  It also creates a path through the politicized thicket of history and government since students simply read and discuss primary documents, drawing their own conclusions.

Many remember President Dwight Eisenhower’s farewell speech warning of the dangers of the military-industrial complex, but fewer recall President Ronald Reagan’s farewell address now 30 years ago.  Reagan’s speech was warm and optimistic, as was his style, but like Ike’s, it included a warning.  Reagan felt that America was falling down on the job of developing in its young people “an informed patriotism.”  He emphasized the need to redouble our efforts to help the next generation understand “what it means to be an American.”  I sense Reagan felt it was not enough just to know the facts about the American system, although even that would be quite an improvement today.  It was also appropriate that efforts be undertaken from the family dinner table as well as the schoolhouse to develop a love of country.

The Founders were clear that a free republic “presupposes” (Federalist No. 55) that citizens possess the sort of virtues that are developed through civic education.  It is, as Reagan pointed out, the duty of each generation to pass along this understanding of America to the next.  I can think of no higher priority, and no greater contributor to a better functioning of our republic, than to greatly strengthen American civic education.

David Davenport is the author of the forthcoming book How Public Policy Became War.