As the Clever Hopes Expired

Shattered Peace, a new Hoover exhibit, focuses on the outbreak of World War II seventy years ago. By Nicholas Siekierski. 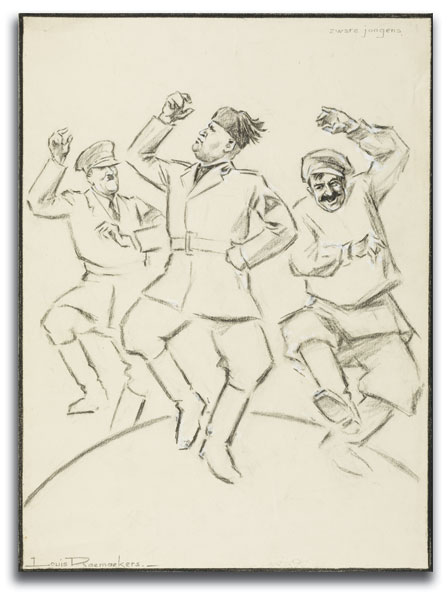 As the Clever Hopes Expired 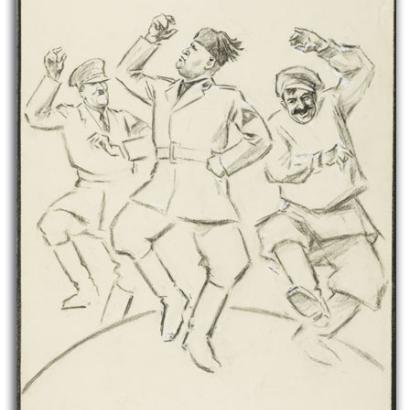 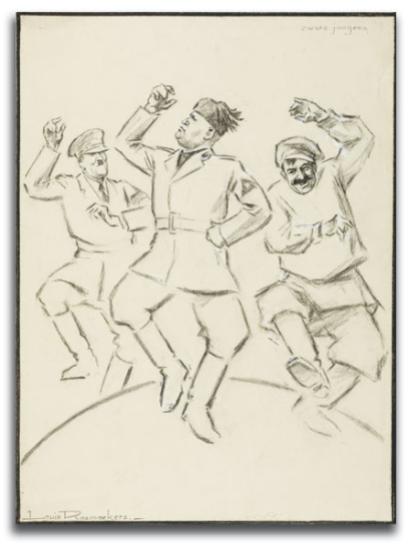 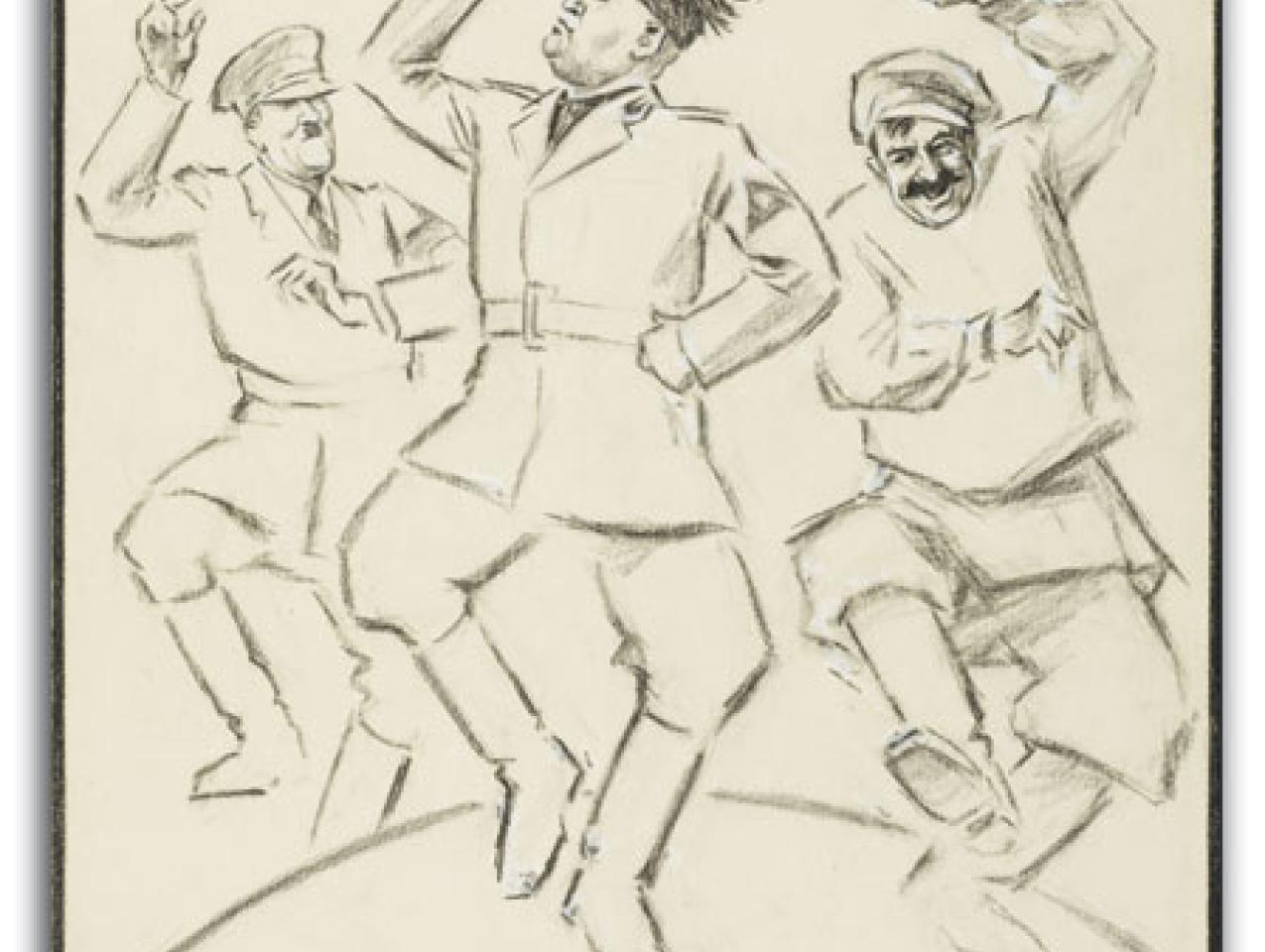 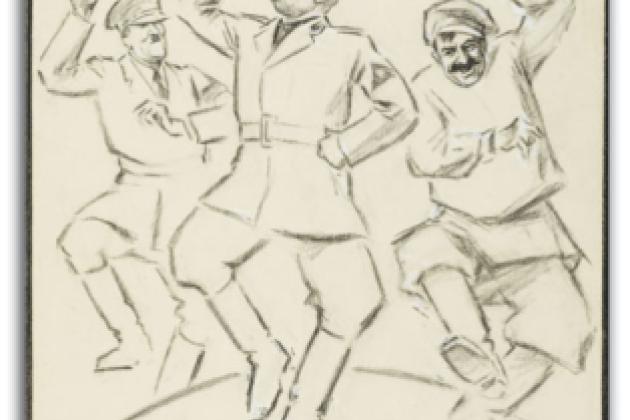 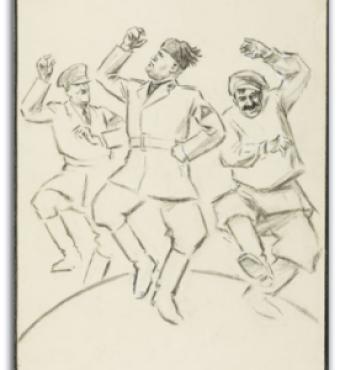 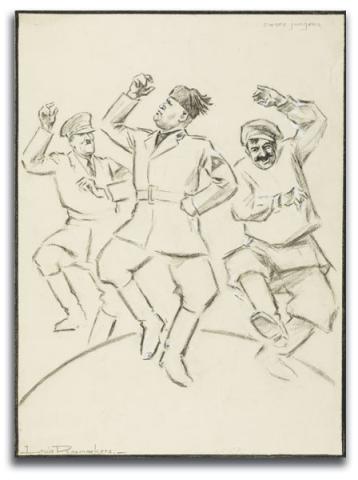 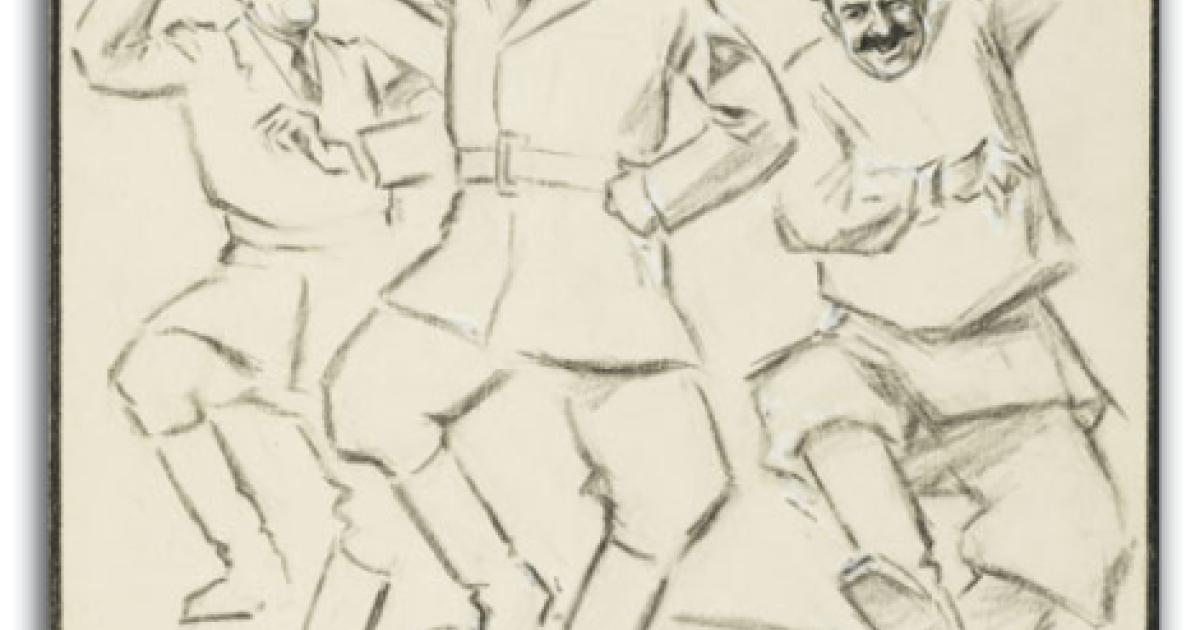 World War II remade the international landscape by cementing the decline of the British empire, elevating the United States to worldwide economic, cultural, and political hegemony, and bringing to the fore America’s wartime ally and postwar military rival, the Soviet Union. But before the United States and the Soviet Union became comrades in arms, before America entered the war in December 1941, and even before the Luftwaffe terrorized London and U-boats began attacking Britain’s lifelines, the world was in turmoil.

A new exhibit at the Hoover Institution, Shattered Peace: The Road to World War II, draws on the rich holdings of the Hoover Library and Archives to offer a unique insight into the years leading up to the world’s most destructive war, which erupted in September 1939. Artifacts and rare documents illuminate diplomatic steps, military operations, and the plight of civilians, whose personal stories make the often-abstract machinations of world events meaningful and timely. Already 20 years old when the conflict began, the Hoover War Library (today’s Hoover Institution) set out to amass material during those six violent years that would continue its mission of casting light on "war, revolution and peace." 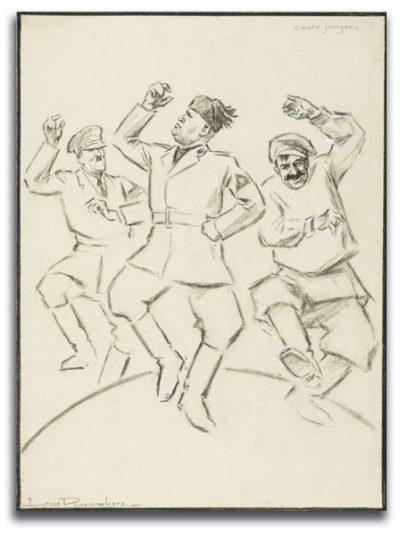 The war’s prologue played out on many overlapping stages. In central Europe, each step of Adolf Hitler’s ascendance to power was made at the expense of the Treaty of Versailles and League of Nations mandates, from the reoccupation of the Rhineland to the Anschluss of Austria to the dismemberment of Czechoslovakia at Munich. Italian dictator Benito Mussolini had invaded Ethiopia in 1935 in a bid to build a new Roman empire. Spain had been bled dry—through its fratricidal civil war, amplified by the role of the German Condor Legion, and financially by the Soviet Union, which had drained the republic’s gold reserves while carrying out acts of terror through Josef Stalin’s NKVD. Most terrible, in terms of lives lost and damage done, was the Sino-Japanese War, which raged from July 1937 until August 1945, when two atomic bombs brought the Japanese empire to its knees. Even before the first shells were fired from the battleship Schleswig-Holstein on the Polish fort of Westerplatte in Danzig (Gdansk), on the early morning of September 1, 1939, more than 300,000 civilians had been slaughtered in China in the Nanjing massacre alone. 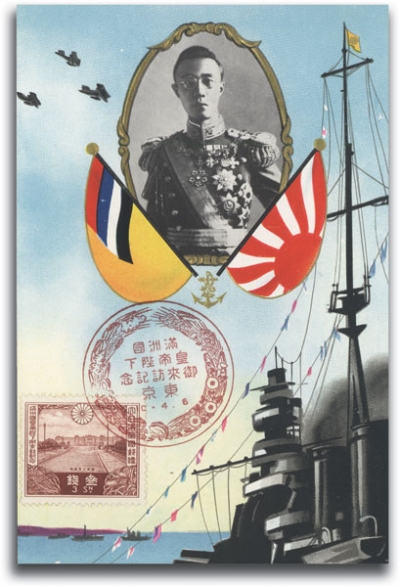 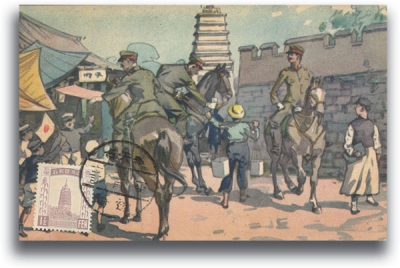 Through the eyes of witnesses

The conflicts preceding the U.S. entry into World War II are often difficult to understand, given their complex political and ideological features and their geographic separation across three continents. One way to begin is to view history as it unfolded through the eyes of witnesses and participants. Material in the Hoover Library and Archives gives us a precious glimpse into the turmoil of the years leading up to and through the first months of the Second World War.

Randall Gould, for instance, the editor of the Shanghai Evening Post and Mercury from 1931 to 1941, witnessed the outbreak of the Sino-Japanese War. Gould saw firsthand the terrible siege of Shanghai by the Japanese, which was as devastating for the Chinese civilians as it was for their military. The highlights of the Randall Gould collection are albums of photographs, taken by Gould, that chronicle the initial bombing of Shanghai. Amid scenes of devastation and carnage, one can see panicked civilians streaming out of the city, fleeing the attackers. Little did Gould and the others know that this was only the first salvo against Shanghai. The siege would last for four months. 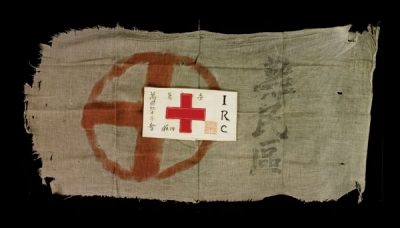 Leo Eloesser was a Bay Area native, a onetime member of the Stanford Medical School faculty, and lifelong friend and physician to painter Frida Kahlo. During the Spanish Civil War, Eloesser operated a private, mobile surgical hospital on the Teruel and Ebro fronts. The Eloesser papers in the Hoover Archives give us a unique perspective on the war and the place of an outsider in the conflict. Included in the collection are Eloesser’s personal medical notebooks from operations on the battlefront, safe-conduct passes from the republican forces, and even a map of the Teruel front, hand drawn by Eloesser. The safe-conduct passes—which became worthless as the nationalists gained ground and the shape of the battlefront shifted—are among the mementos of a conflict in which huge forces were at work and the outcome was clear to no one.

If there was one moment that allowed World War II to attain its colossal scale, it was surely the signing of the Molotov-Ribbentrop Pact of late August 1939. This agreement ensured that Germany would not face a conflict with the Soviet Union should it invade Poland. Besides effectively partitioning Poland, the pact heralded the demise of the fledgling Baltic states as they were consumed by the Soviet Union. The Hoover Archives owns two of Joachim von Ribbentrop’s photo albums, which document the fateful meeting between the German foreign minister and his Soviet counterpart. The albums show Ribbentrop’s trip, from his plane’s descent into Moscow and reception at the airport to the signing of the agreement and the handshake with Stalin that would shake Europe to its core. Although the trappings of a typical state visit are present, such as the honor guard at Ribbentrop’s reception, the photos also document the ebullient smiles and laughter among the group—chilling images, given that this meeting would shatter Eastern Europe and prepare the way for war in the west. 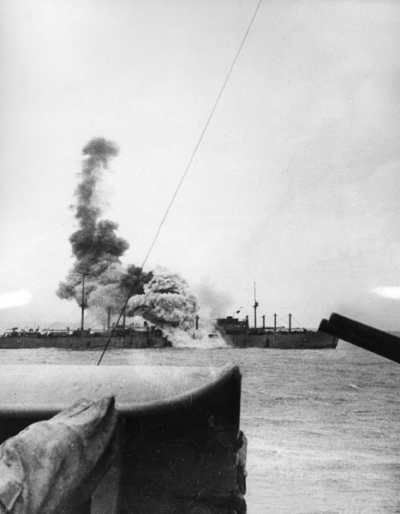 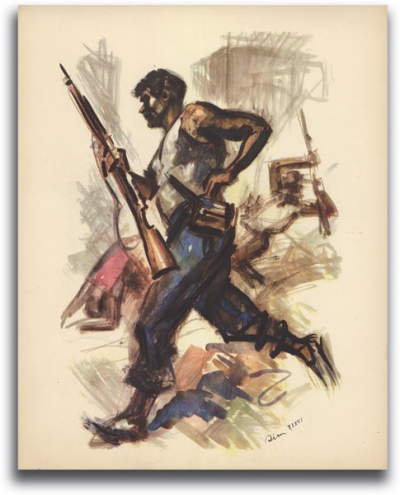 An observer of the first days of the war in Europe was Julien Bryan, an American filmmaker who witnessed the German bombing of Warsaw. He filmed the devastation wrought by the ceaseless Luftwaffe air raids and chronicled the plight of the city’s population. Particularly stirring are scenes of a heavily damaged hospital, where mothers with newborn infants cower in the basement to avoid the German bombs. Even more tragic are scenes of peasants, who, while digging for potatoes, have been strafed by low-flying planes. Complementing this film is the photo album of an anonymous Luftwaffe pilot who participated in the September campaign. Pictures taken from his cockpit show smoke billowing above Warsaw, which has been set aflame by incendiary bombs. 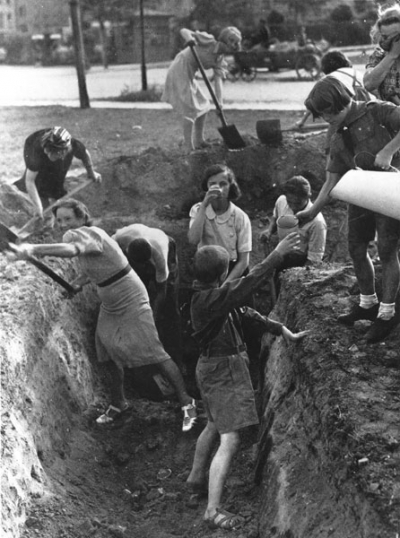 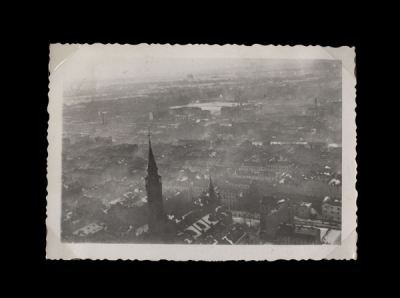 One man who quickly responded to the rapidly unfolding Polish tragedy, as well as the Soviet assault on Finland that would unfold before the end of 1939, was the great humanitarian Herbert Hoover. He had been an admirer of Poland since his Stanford days, when, at a March 1896 concert he had organized in San Jose, he met Jan Paderewski, the world-famous pianist and future prime minister of an independent Poland. Hoover had helped Poland directly in his work as chief of the American Relief Administration after World War I. By October 1939, he had initiated the Commission for Polish Relief (CPR) to provide humanitarian relief for the Poles. In 1939–40 Hoover also made appeals on behalf of the Finnish Relief Fund, including addresses on the radio, a medium he had used skillfully more than a decade earlier when, as commerce secretary, he called for help for the victims of severe Mississippi flooding in 1927. At the start of World War II, Hoover again stood ready to use his reputation to help those facing desperate circumstances. 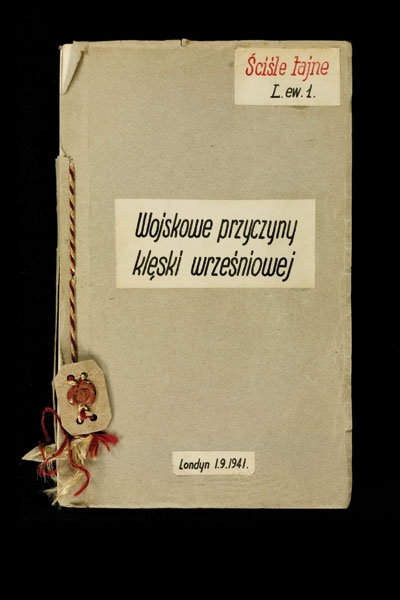 Hoover’s main purpose in founding the Hoover War Library had been to create a detailed, documentary foundation for studying World War I, in hopes that by understanding its causes, such a devastating conflict could never be repeated. By the end of 1919, after it had become evident that World War I was only the beginning of dramatic changes in the international landscape, he had expanded the mission of the Hoover War Library to cover newly emerging political movements such as communism, fascism, and Nazism. The Second World War, vastly more destructive than the first, would consume many nations less than two decades later.

We may never see an end to war, but thanks to Herbert Hoover and those who have supported his vision to the present, no one will be able to credibly deny the terrible strife and suffering that have plagued our modern world. The evidence will be preserved in the Hoover Archives for all of those who choose to seek it out, learn from it, and stand firm against tyranny in all its forms.

Special to the Hoover Digest. Shattered Peace will be open to visitors in the Herbert Hoover Memorial Exhibit Pavilion through May 27, 2009.