We have abandoned the American legacy of peace in foreign policy. 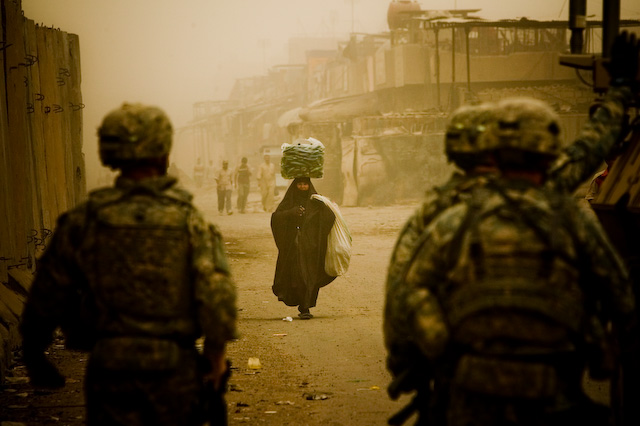 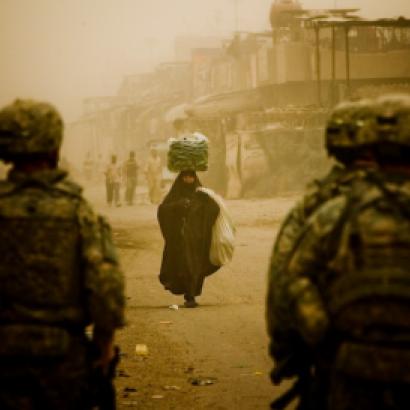 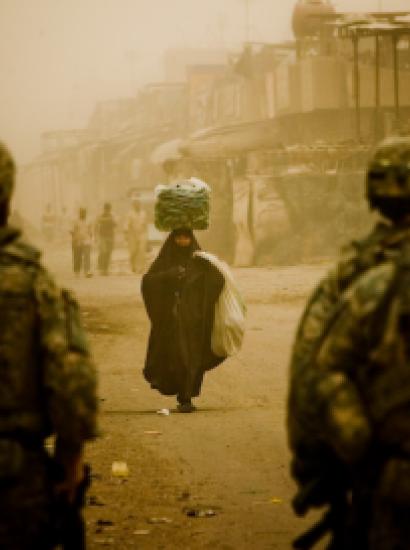 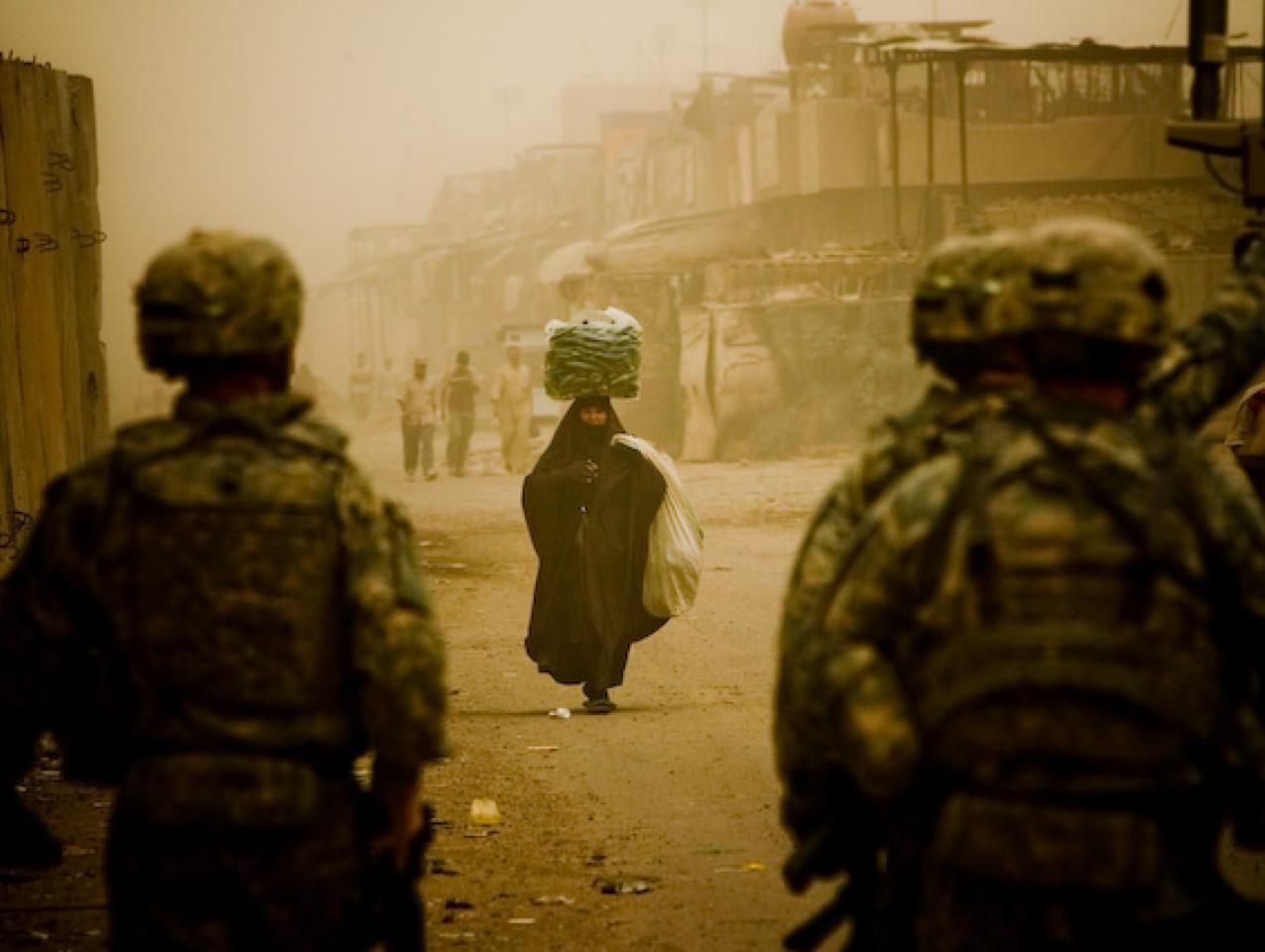 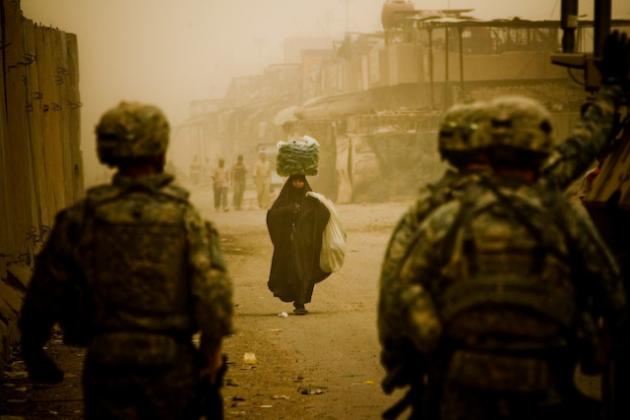 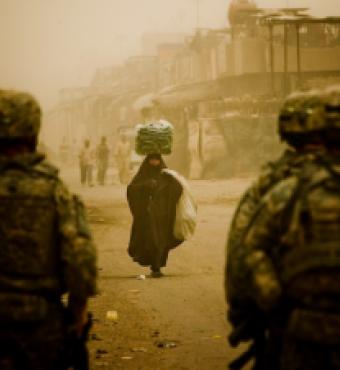 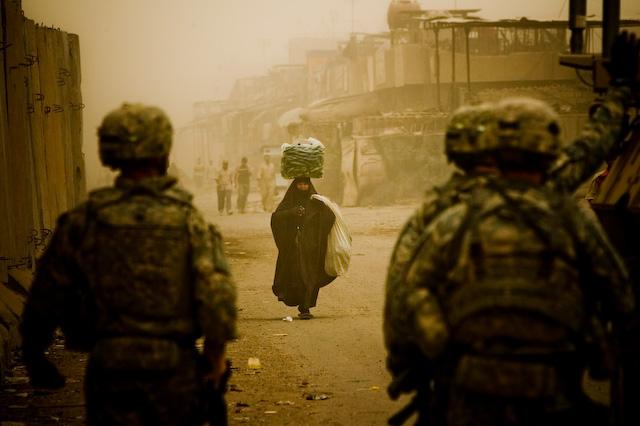 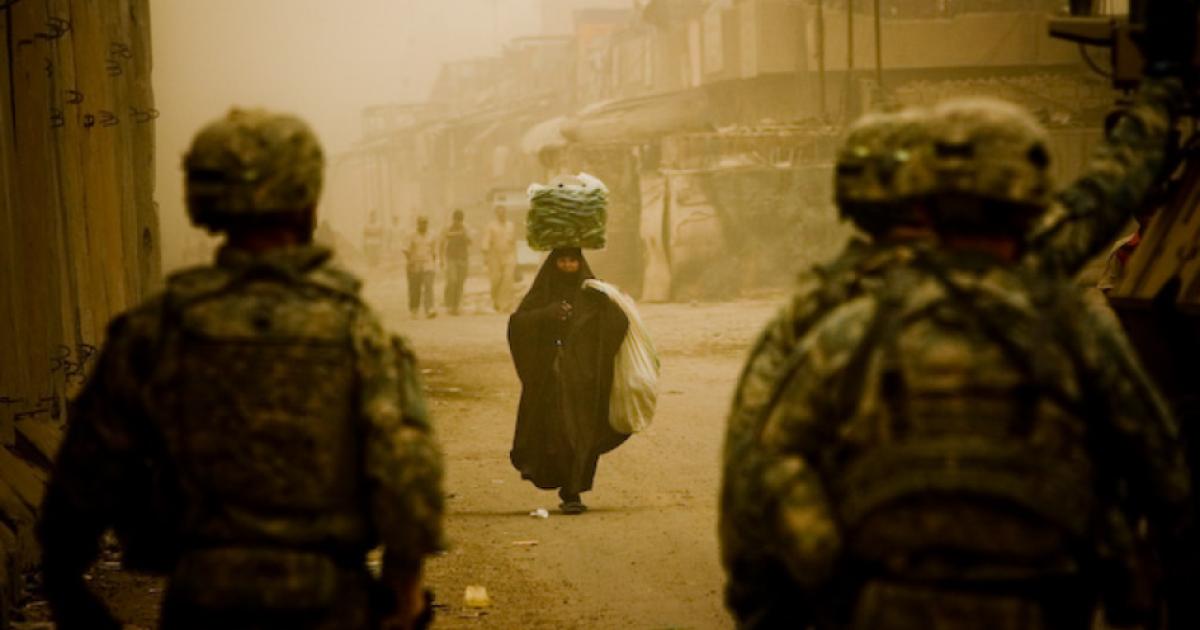 Amid all the talk of the isolationism that supposedly characterizes the Obama administration’s foreign policy, we forget that since World War II, the global order has largely been determined by U.S. engagement. The historically rare state of prosperity and peace that defined the postwar world were due to past U.S. vigilance and sacrifice.

Germany in the last 150 years has been at the center of three European wars, winning one, losing another, and destroying much of Europe and itself in the third. Yet present-day Germany has the largest economy in Europe and the fourth largest in the world. It is a global leader in high technology and industrial craftsmanship. For seventy years Germany, even after its second historic unification in 1989, has not translated such economic preeminence into military power, much less aggression. In fact, the strategic status quo of postwar Europe—with Britain and France, and their relatively smaller and weaker economies, as the continent’s two sole nuclear powers—remains mostly unquestioned.

That strange fact is due almost entirely to the U.S.-led NATO’s determination to protect the Eastern flank of Europe from potential enemies, to reassure Germany that it need not rearm to enjoy pan-European influence, and to quietly support the European nuclear monopolies of Britain and France. While the U.S. has always talked up the American-inspired United Nations, its first allegiance has always been to assure liberal democratic states in Europe of unshakeable American support. Any weakening of the latter might send Europe back into the tumultuous twentieth century.

A similar paradox exists in Asia. Pakistan and North Korea are two of the weakest economies and most unstable political systems in the region. Yet both nations are nuclear—despite rather than because of U.S.-led efforts at nonproliferation. In comparison, by any logical measure, far wealthier and more sophisticated states like Japan, South Korea, Taiwan, Australia, and perhaps the Philippines should all be nuclear, given their expertise, dangerous locales, and the looming shadows of three proud, and sometime aggressive nations—China, India, and Russia—in their midst. Yet none have. That fact too is largely because of American security guarantees.

Why, then, has the Obama administration sought to negotiate nuclear arms reduction agreements solely with the Russians? The latter does not have any responsibilities resembling the host of American dependents and clients in Asia and Europe that could become nuclear, but choose not to, only because of U.S. guarantees of their strategic security.

Economically successful but non-nuclear Asian nations claim a portion of the U.S. deterrent force as critical to their own survival. Any failure to reassure our Asian and Pacific partners that our own nuclear forces are pledged to their survival would lead to a sizable increase in the world’s nuclear family.

In addition to protecting postwar Europe and the Pacific, the United States has traditionally sided with historically persecuted and vulnerable peoples, who, in the calculations of realpolitik, might not otherwise warrant such staunch friendship. U.S. security guarantees to Israel—a mere 7 million people, until recently without oil reserves, and surrounded by a host of more numerous and oil-wealthy enemies—for a half-century have assured the viability of the Jewish state.

For all the present acrimony over the Iraq War, we forget that one dividend was the emergence of a semi-autonomous and largely constitutional Kurdistan of some 7 million people, whose recent tragic history had been one of ethnic cleansing, gassing, and slaughter. Only prior liberation by and current support from America keep viable the small landlocked province.

The same is largely true of Taiwan. While the current security guarantees accorded Taiwan by the U.S. are nebulous, even such uncertainty for now continues to keep Taiwan autonomous amid constant Chinese pressure. Also consider tiny Greece, a country that has been alternately friendly and hostile to the United States. But its long unhappy history is a testament to the dangerous neighborhood of this country of 12 million inhabitants: the turmoil of the Arab spring is to its south, an ascendant Islamist and neo-Ottoman Turkey are to the east, and the ethnic powder keg in the Balkans lie to the North, capped by understandably unsympathetic European Union creditors. Only Greece’s NATO membership—a euphemism for an omnipresent American 6th fleet—has offered the Greek people both security and the opportunity to chafe at its dependence on U.S. arms.

In fact, there are a host of tiny moderate nations, which, while not formally allied with the U.S., count on American friendship in extremis, from Jordan and Kuwait to Chile and Colombia. Any American recessional puts at risk all such vulnerable states. The Obama administration’s policy of forcing concessions from the Israelis, pulling out all constabulary troops from an unstable postwar Iraq, and cozying up to an increasingly absolutist and Islamist Turkey makes no sense.

Then there is the rogue’s gallery. Just as Rome once put down nationalists, insurrectionists, and challengers of the Pax Romana, such as Ariovistus, Boudicca, Cleopatra, Jugurtha, Mithridates, Vercingetorix, and Zenobia, so too the United States has gone after state and non-state enemies of the postwar system, both during and after the Cold War. Sometimes authoritarians sent their armies across national borders or were guilty of genocide; at other times, unhinged nation-states and free-lancing zealots sponsored or committed acts of international terrorism. In response, the U.S.—sometimes successfully, sometimes not so much—has gone to war or at least gone after the likes of Moammar Gaddafi, Saddam Hussein, Osama bin Laden, Slobodan Milosevic, Ho Chi Minh, Manuel Noriega, Kim Il-sung, and the Taliban. Like it or not, only the United States can prevent the theocracy in Iran from acquiring nuclear weapons, the Assad dictatorship from gassing its own people, or al Qaeda from staging another 9/11 attack.

The United States offered resistance to illiberal and autocratic regional powers that have at time challenged the protocols of the postwar order. And that pushback has allowed weaker nations—such as Poland or the Baltic States—to escape the orbit of post-Soviet Russia, while in the Pacific ensuring that an Australia, New Zealand, or the Philippines is not bullied into subservience by China

This strange postwar world ushered in the greatest advancement in prosperity amid the general absence of a cataclysmic world conflagration or continental war since the dawn of civilization. For the first time since the rise of the Greek city-state, most nations have been able both to prosper and to assume that their boundaries were inviolate and their populations mostly free from attack. A system of international communications, travel, commerce, and trade is predicated on the assumption that pirates cannot seize cargo ships, terrorists cannot hijack planes, and rogue nations cannot let off atomic bombs without a U.S. led coalition to stop them from threatening the international order.

For the U.S. to continue this exceptional role of preserving the postwar system in times of economic weakness and spiritual exhaustion, it is critical for the Obama administration to articulate to the American people exactly what the United States has accomplished, how the postwar order arose, and what precisely are the benefits that justify such enormous sacrifices in blood and treasure.

Unfortunately, it has not offered systematic defense of the world order it inherited. For all the grand talk of working with the United Nations, the Obama administration ignored it in Syria, vastly exceeded its no-fly-zone and humanitarian aid resolutions in Libya, and misled it when it asserted to the General Assembly that a video-maker had prompted the violence against U.S. facilities in Benghazi. Moreover, Obama’s foreign policy team has serially faulted the prior administration as unilateral, forgetting that it obtained UN resolutions to retaliate in Afghanistan, tried desperately to obtain them for the Iraq invasion, and then assembled a large and diverse group of allies.

The Obama administration’s reset with Russia paid no attention to our Eastern European friends, who were eager to work with America on missile defense and integration within the West.  It also ignored that reset essentially undid the punishments accorded Vladimir Putin for his 2008 invasion of Georgia. Meanwhile, China is angry and confused that the U.S. suddenly warns it to behave in the Pacific, after turning a blind eye for five years as it bullied most of its neighbors.

After assembling a coalition to beef up sanctions again Iran, the U.S. eased them to begin new negotiations with the theocracy—without prior consultation with our allies. The Obama administration has gone after al Qaedists through drone attacks, but such terrorists have spread throughout the Mideast in the wake of U.S. retrenchment and a misguided and euphemistic outreach to radical Islam.

No one in Latin America knows to what degree, if any, the U.S. opposes the creeping spread of authoritarian Marxist governments. No one in the Middle East knows quite what the evolving American position is on Iranian nuclear proliferation. And no one quite knows whether the United States is distancing itself from Israel while gravitating toward its enemies.

The Obama administration declares climate change the chief global threat. That new inanimate target is welcome news to aggressive nations that had once feared that their own reckless behavior might have been so singled out.

Americans did not fully appreciate the costly postwar global order that the United States had established over the last seventy years. Maybe they will start to as they witness it vanish.