Even before the outbreak of the novel coronavirus in Wuhan, China late last year, the Sino-U.S. relationship had been in a period of flux. Since coming to office in 2017, President Trump made rebalancing ties with China the centerpiece of his foreign policy. Claiming that it would no longer be business as usual with Beijing, Trump began to respond more forcefully to what he had long claimed were unfair Chinese trade practices, cyberespionage, military intimidation, and global propaganda campaigns. 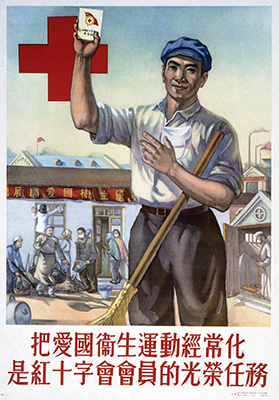 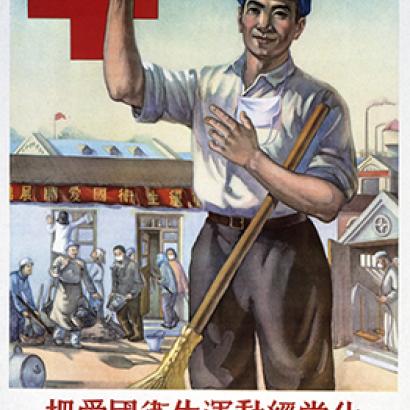 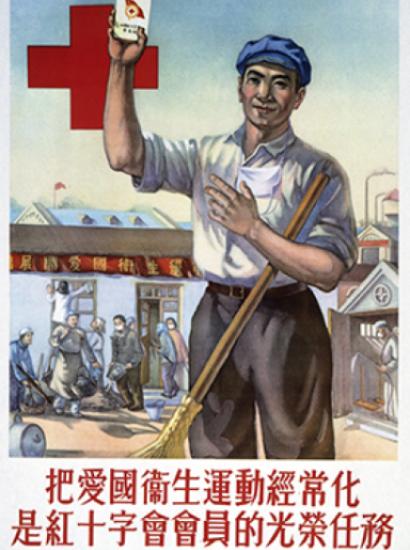 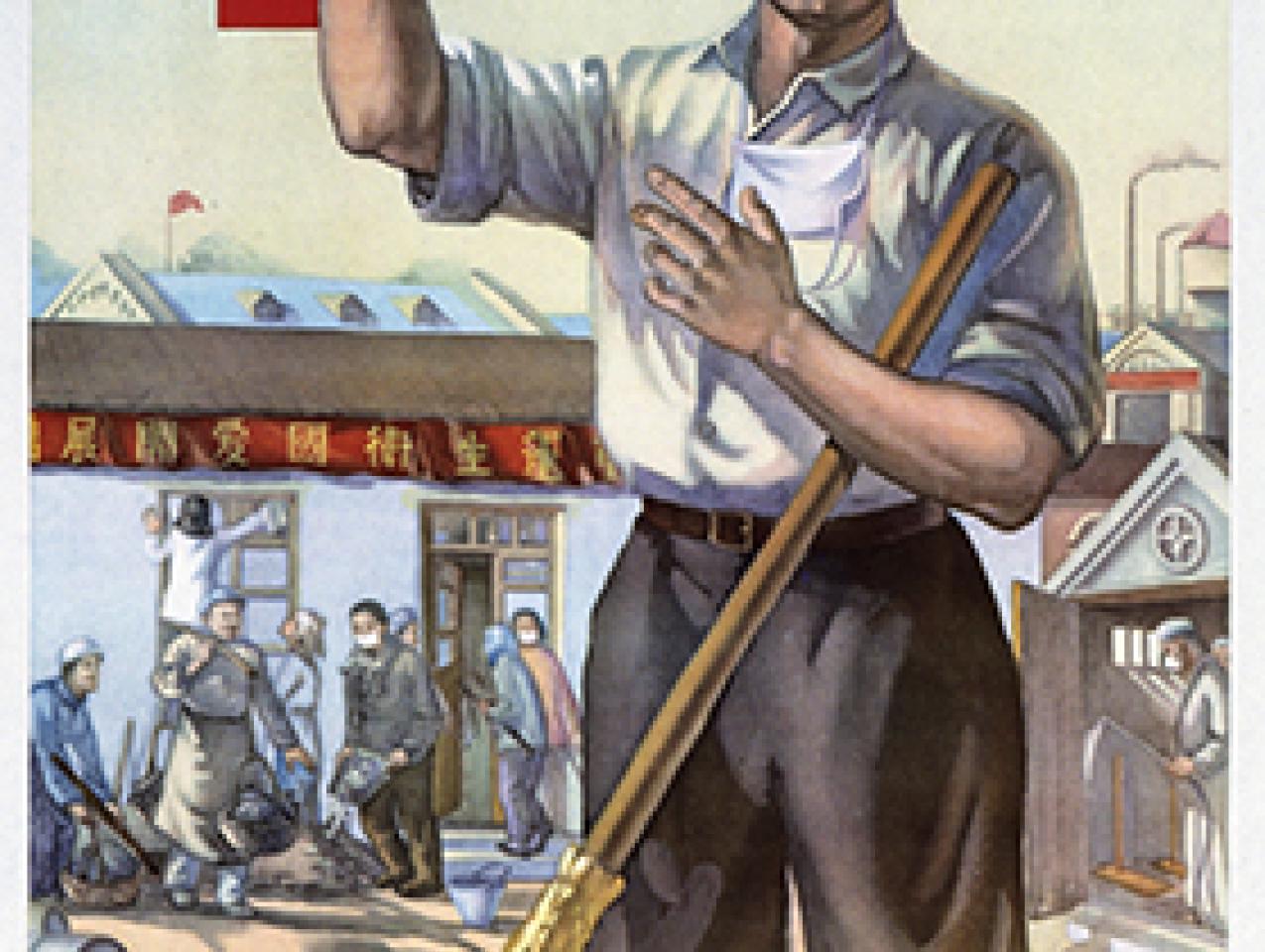 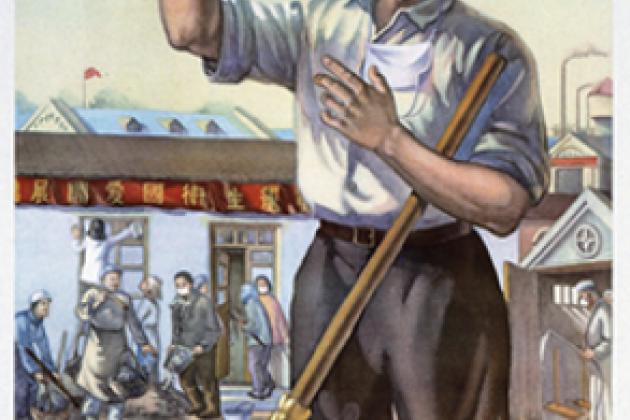 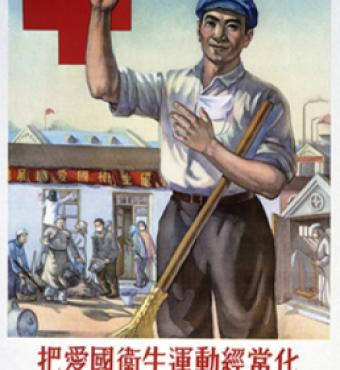 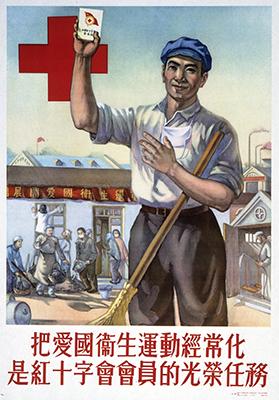 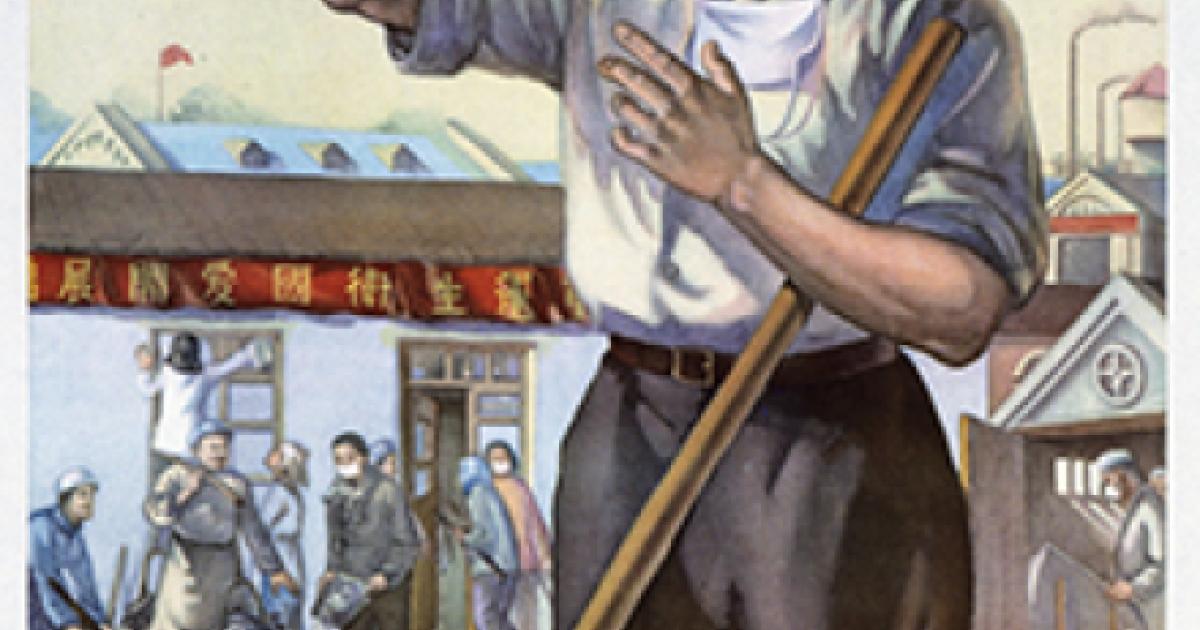 Even before the outbreak of the novel coronavirus in Wuhan, China late last year, the Sino-U.S. relationship had been in a period of flux. Since coming to office in 2017, President Trump made rebalancing ties with China the centerpiece of his foreign policy. Claiming that it would no longer be business as usual with Beijing, Trump began to respond more forcefully to what he had long claimed were unfair Chinese trade practices, cyberespionage, military intimidation, and global propaganda campaigns. Yet the COVID-19 pandemic raised even more fundamental questions about the state of U.S.-China relations and how the two appear to be locked into a more antagonistic dynamic for the foreseeable future.

Unlike in the early months of the pandemic, it is now increasingly accepted that the Chinese Communist Party (CCP) and its local officials ordered a cover-up of what was happening in Wuhan. From intimidating whistleblowing doctors to a silencing of social media, and from destroying laboratory samples to buying up billions of pieces of personal protective equipment such as masks and gloves from around the world, the common wisdom now sees that the CCP prioritized protecting its own reputation and forestalling any domestic or international criticism of the kind that damaged it during the 2003 SARS cover-up. Most egregiously, Beijing lied to the World Health Organization about the nature of the virus in Wuhan, falsely claiming that there was no evidence of human-to-human transmission. This, and the decision not to restrict Chinese travel abroad during the Lunar New Year, destroyed any meaningful attempts to contain the virus inside China, and instead allowed it to ravage the globe.

As the scale of the catastrophe became clear, the party-state orchestrated a worldwide propaganda campaign to portray Beijing as successful in its battle against the coronavirus and as having selflessly helped the rest of the world, from “donating” medical supplies to sharing scientific information. Indeed, Chinese officials went so far as to claim that the United States created the disease and planted it in China.

Beijing’s propaganda campaign, while designed to divert any criticism of the regime, has poisoned relations with Washington, not to mention other countries, and is likely to result in an intensified bout of counter-campaigning from the United States. As Beijing steadfastly refuses to acknowledge any shortcomings in its response to the coronacrisis, voices across the globe are understandably questioning how it can be trusted as an international actor. The new dynamic in China’s relations with the world will be a deep-seated distrust of Beijing’s statements.

Moreover, Beijing is slowly reaping the fruits of its decision to denude the world of needed medical supplies and then sell defective masks and virus tests to numerous countries. Across Europe and Asia, governments are returning shoddy equipment and useless tests, sometimes after having paid tens of millions of dollars for them, as in the case of Spain, which bought $497 million dollars-worth of items that it declared were unusable. In the case of Great Britain, all 3.5 million antibody test kits the government ordered failed to work properly, and were returned. The ill-will that Beijing has engendered by selling back items that were sometimes donated by countries, as in the case of Italy, or providing defective equipment will further drive a wedge between China and those countries that now see it as an untrusty partner with whom a buyer must beware when doing business.

President Trump’s trade war had already raised questions about the degree of “decoupling” that the United States and other major economies could undertake, so as to diversify their supply chains and be less beholden to Chinese manufacturers. Yet during the coronacrisis, it became widely known that America was nearly entirely dependent on China for everything from active pharmaceutical ingredients to the supply of daily medicines, as well as the production of medical masks, gloves, and gowns, among other items.

Commentators across the political spectrum ramped up calls for American businesses to produce vitally important medicines and equipment domestically, and to reduce U.S. dependence on Chinese importers. Sens. Marco Rubio (R-FL) and Tom Cotton (R-AR), among others, argued that the American supply chain had to be more diversified, raising the question of how far U.S. business can go in moving away from Chinese producers. Already, however, other countries were beginning to make moves in this direction. Japanese Prime Minister Shinzo Abe, for example, announced that Tokyo would provide financial support for Japanese companies to move their operations out of China and back to Japan, while back in 2019, the then-head of Foxconn called on Apple to move all iPhone production to Taiwan and off the mainland.

For Beijing, any significant reduction in exports will be a further strain on an economy that was slowing down significantly over the past decade. As an early indicator of just how damaging the pandemic has been, the Chinese economy shrank in the first quarter of 2020 by a record 6.8%, the first decline since records were kept starting in 1982. In response, the CCP will ramp up policies to capture new markets, putting it into greater competition with the United States, Japan, and other advanced economies.

Beijing is likely to double down on its One Belt One Road initiative, despite lackluster progress so far, by targeting smaller, developing nations throughout Eurasia, or weaker European states, such as Greece and Italy. It is possible that Beijing will seek to establish exclusive trade blocs, should measurable declines in trade with advanced economies take place. Using Chinese-dominated institutions, such as the Asian Infrastructure Investment Bank, as well as international organizations run or influenced by Chinese officials, such as the UN’s International Telecommunications Union, Beijing will continue to push forward with favorable deals for Chinese companies, like Huawei, part of a pattern of using IGOs to push state goals.

The ill-will engendered by the coronacrisis may well play out in more traditional geopolitical ways, as well. In the South China Sea, recently an arena of military jockeying between Beijing and Washington, it has been business as usual. The PLA conducted military exercises with Cambodia and sent both fishing fleets and patrol ships into Japanese and Philippine waters, while flying air force planes near Taiwanese airspace. The U.S. Navy, for its part, has kept up freedom of navigation operations in the Taiwan Strait and South China Sea. The global crisis has not resulted in a dampening of the long-running competition between America and China, as Beijing continues to try to assert its influence if not control over Asia’s strategic inner seas. As both Chinese and American leaders settle into a more adversarial mindset, it is all too likely that geopolitical jousting will intensify in Asia’s skies and waters, with the attendant danger of an accident or miscalculation that results in an armed skirmish or worse.

All this raises the question of whether the U.S. and China are now enmeshed in a new Cold War. From one perspective, it is hard to see how Washington, as well as other capitals, go back to business as usual with Beijing, as noted by British Foreign Secretary Dominic Raab. With Beijing continuing to reject accountability for the pandemic, despite increasing evidence of its cover-up, stifling of whistleblowers, destruction of virus samples, and the like, there are increasing calls to fundamentally rethink relations with China. Canadian and American lawmakers and Indian lawyers have discussed filing lawsuits for reparations, while countries other than just Japan are considering moving production facilities out of China. The sense of betrayal that much of the world feels is only compounded by the defective medical supplies and equipment that Chinese companies have shipped around the world.

All of this, moreover, comes on top of unresolved issues between China and the rest of world including unfair trade practices, cyberattacks emanating from Chinese soil, moral outrage at the imprisonment of a million Uighurs, attempts to suppress Hong Kong’s democracy movement, and a relentless influence campaign on college campuses, social media, and through exchange organizations around the world.

Whether there is a new Cold War or not, Sino-U.S. and China’s relations with the world going forward are unlikely to look like they have in the recent past. The main geopolitical result of the coronacrisis will be a reduction in dependency on China, both economically and politically. With unrestrained globalization under fire, Washington and other capitals will have to reduce their national security vulnerabilities in critical medical materials, rare earths, and the like. Beijing essentially nationalized the production of N95 masks by American companies based in China like 3M; such an inability to produce vital materials at home must be rectified, by government mandates, if necessary. This will naturally lead to some decoupling of the American and Chinese economies, though how quickly and widely will remain unknown for a while.

From a political perspective, the CCP’s mishandling of the coronacrisis, subsequent coverup, and attempts to blame the United States will push Washington and other capitals away from the type of uncritical diplomatic engagement that marked the first forty years of China’s modernization. In lieu of the decades-long attempts to engage Beijing in the hopes of getting it to become a good global actor, Washington will likely turn to deepening economic and political cooperation with other nations. Long-standing allies such as Japan, Great Britain, Australia, and Canada, among others stand to reap the benefits of an American policy that fully embraces the importance of prioritizing ties with fellow democratic nations.

One of the countries that may benefit the most from the new environment is Taiwan. The Trump administration has already done more to deepen relations with Taiwan than any since the 1970s, including agreements to sell advanced defensive equipment and upgrading diplomatic contacts. Given Taipei’s laudable actions during the pandemic, such as donating millions of masks and trying to warn the World Health Organization about the virus, Washington should push for Taiwan’s inclusion in international organizations such as the WHO and International Civil Aviation Organization, as well as expand diplomatic and grassroots ties.

The dangers of overreliance on China, and of assuming ever-more engagement will change the nature of the CCP regime, are now unambiguously clear. The question Washington and other capitals must answer is, How far can they work with Beijing? No responsible voice is calling for a complete disengagement from China, or believes that such is possible. However, the crisis should make clear that national interests demand prudent distancing from the PRC, and that national security depends on a skeptical attitude towards Beijing. The time for a course correction in U.S.-China relations was long overdue, as recognized by observers on both ends of the political spectrum. The coronacrisis has merely exacerbated trends that were already apparent.

By its own choices, the CCP surrendered the benefit of the doubt, and responsible statecraft mandates that a guarded and self-interested approach to Sino-U.S. relations now guide America’s China policy. Such a recalibration will be difficult after so many decades of unrestrained engagement, and it will undoubtedly result in heightened geopolitical tensions, but the tragedy of the COVID pandemic reveals the danger of continuing to indulge in unrealistic expectations.