Edward A. Jajko describes the origins of the art on the front cover. 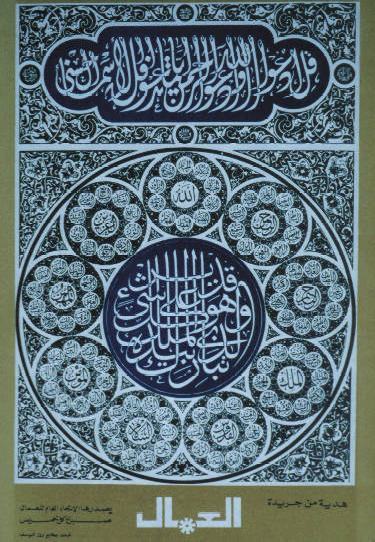 By: Edward A. Jajko
Old Master== 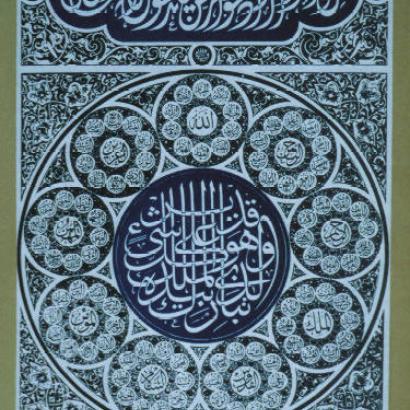 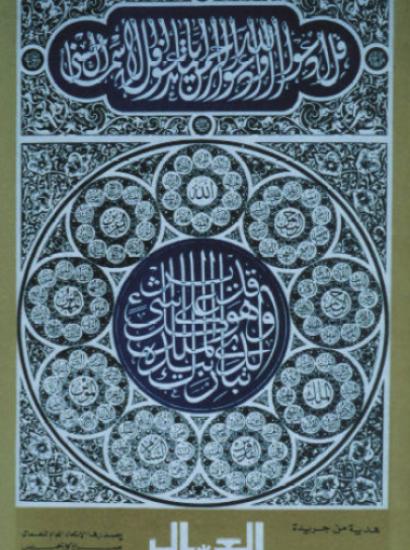 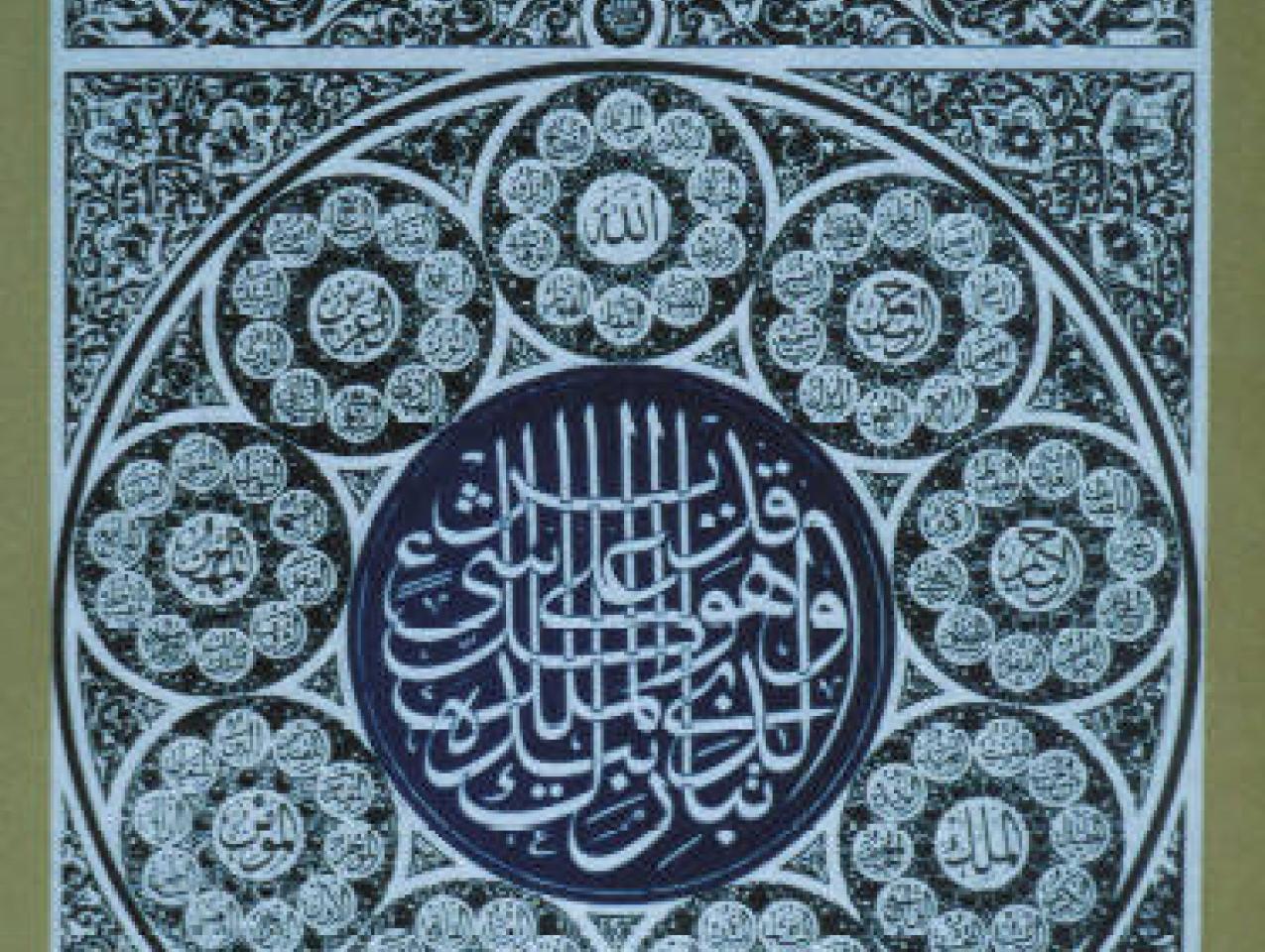 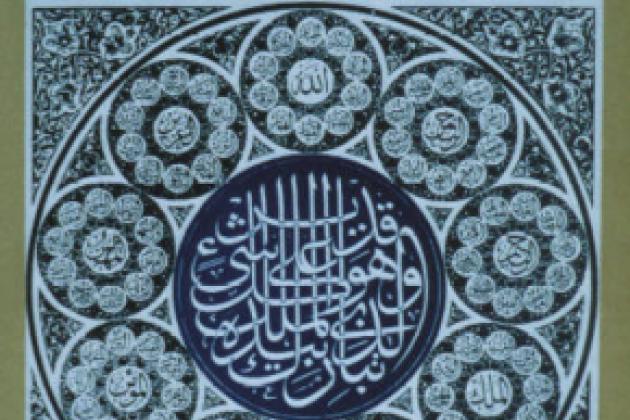 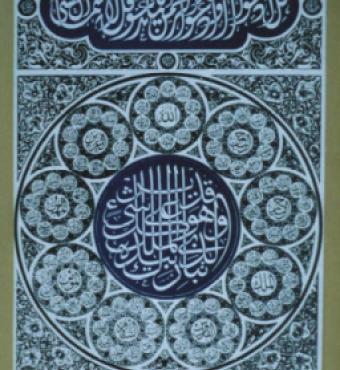 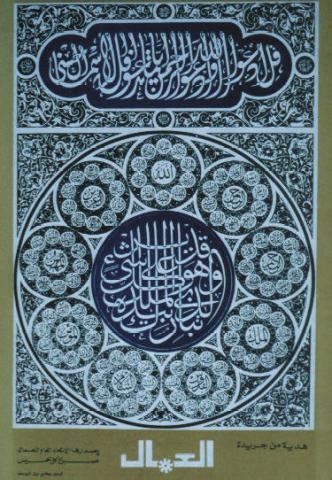 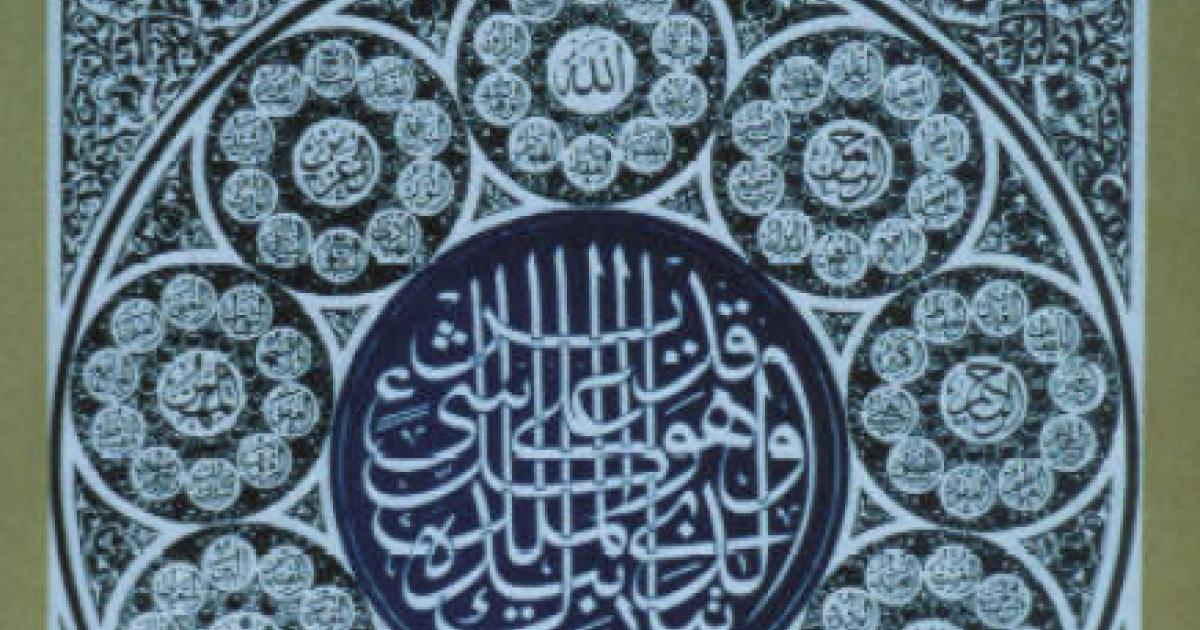 Islam is many things: religion, polity, culture, and an all-embracing system of living based on the Koran, the divine revelation through the angel Gabriel to the prophet Muhammad; subsequent oral traditions; and a great body of interpretation, analysis, and law. Islam is also a potent force in history that is currently occupying an ever more important position in the world.

The Hoover Institution has built a major collection on the Middle East—in Arabic, Turkish, Persian, and European languages—that includes a rich selection, mostly in Arabic, of classical works of the religious heritage of Islam. Islam as a contemporary political force—the Islamist Movement and the phenomenon known by the not quite accurate term "Islamic Fundamentalism"—has become one of the primary focuses of the Middle East Collection's current acquisitions programs.

The beauty and simplicity of the theology of Islam and of the many religious and pious practices that Muslims have developed in the 1,420 years—according to the Muslim lunar calendar—since the prophet Muhammad made his hijrah, his migration from Mecca to Medina in A.D. 622, are regrettably little known in the West.

One such practice is the recitation of al-Asmâ' al-Husná (the Beautiful Names), known in the West as the ninety-nine names of Allah, which are commonly recited silently or sotto voce using the sibhah, the Muslim rosary. Muslim men, and even Christian Arabs, are often seen silently fingering the sibhah, made of amber or nonprecious stones. (In the Middle Ages, Dominican friars adopted and transformed the plain Muslim string of beads into the rosary of Roman Catholicism.) The names, descriptive of God or his attributes, are the subject of meditation. Three of the names make up the most common Muslim invocation, said at the beginning of all endeavors: "In the name of God, the Merciful, the Compassionate." 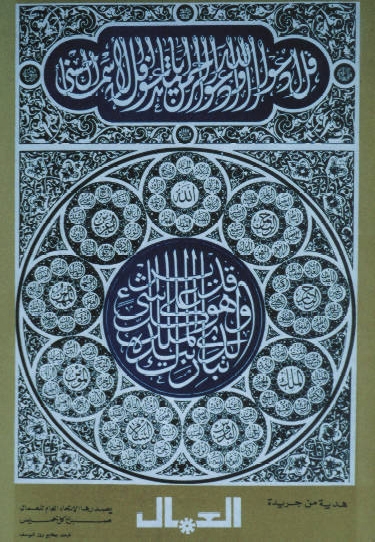 The image on the cover of this issue is taken from a detail of a poster in the Hoover Institution Archives (poster UA54); it is reproduced in full (albeit reduced) on the previous page. The ninety-nine names of Allah are found in the nine circles surrounding the central round, which contains a calligraphed invocation. Each circle in turn has ten names grouped around an eleventh name, written larger. The nine large names, reading clockwise from the top, are Allah (or God), the Merciful, the Compassionate, the King, the Holy One, Peace, He Who Makes to Believe, the Protector, and the Mighty.

The poster was printed in Egypt, probably in the 1960s, at the presses of Rûz al-Yûsuf, a popular political magazine. It was distributed as an insert in the secular Cairo newspaper al-'Ummâl (the Workers) to be used as a decoration in home or office, an illustration of how Islam imbues and informs all aspects of life. The world of Islam does not distinguish between what is God's and what is Caesar's. In Muslim homes and public buildings it is customary to see, rather than photographs or paintings, the name of God, quotations from the Koran, the name of the prophet, or the like in the rich calligraphy that is considered the highest art in Islam. In the Muslim world, everyday speech is replete with traditional blessings of the person addressed and invocations of the Almighty and His prophet; the standard Muslim exchange of greetings is al-Salâm 'alaykum—wa-'alaykum al-Salâm (Peace to you-and to you, Peace).